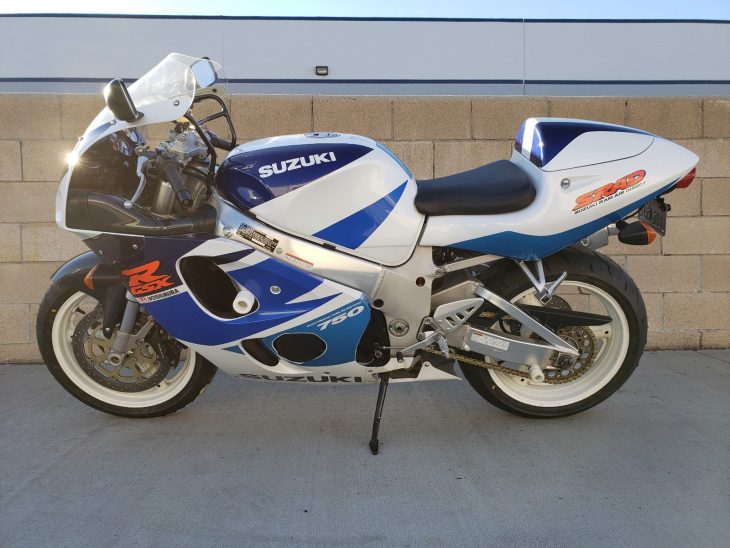 In 1996, Suzuki endeavored to make its GSX-R 750 reclaim its spot atop magazine tests, superbike grids and riders’ wishlists with a redesigned frame that aped the RGV500 grand prix bike, and the introduction of the now-legendary SRAD ram-air system. Two years later, when this 1998 Suzuki GSX-R 750 SRAD was built, they had grown up even more, throwing fuel injection into the equation, which meant the little demon made 134 horsepower in a 394-pound chassis. The results showed up in 1999, with Mat Mladin taking the AMA Superbike crown on a final-year SRAD. 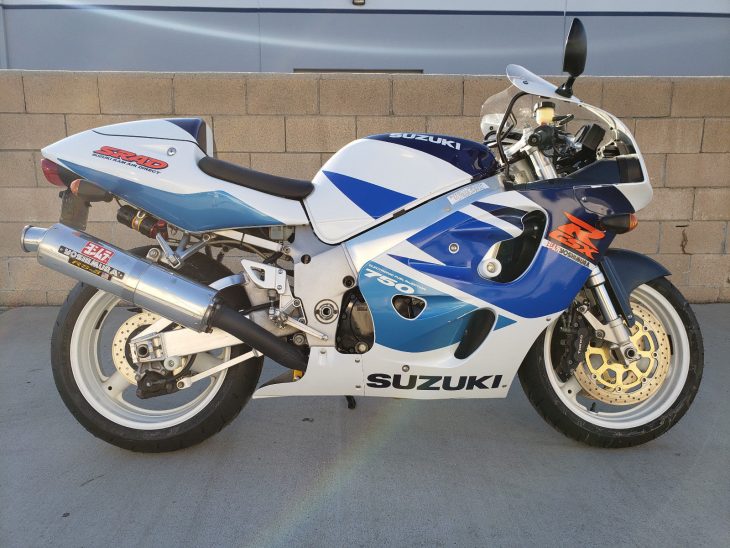 This 1998 Suzuki GSX-R 750 SRAD is from the first year of fuel injection, and has managed to avoid being crashed, stolen, hacked or hammered in that time. The seller says it sat in a collection for a decade or more, which definitely helped keep it out of nefarious hands. Trawl your local Craigslist for one of these, and you will be treated to a Murderer’s Row of aftermarket fairings, street glow kits, poor lowering jobs and gaudy extended swingarms. 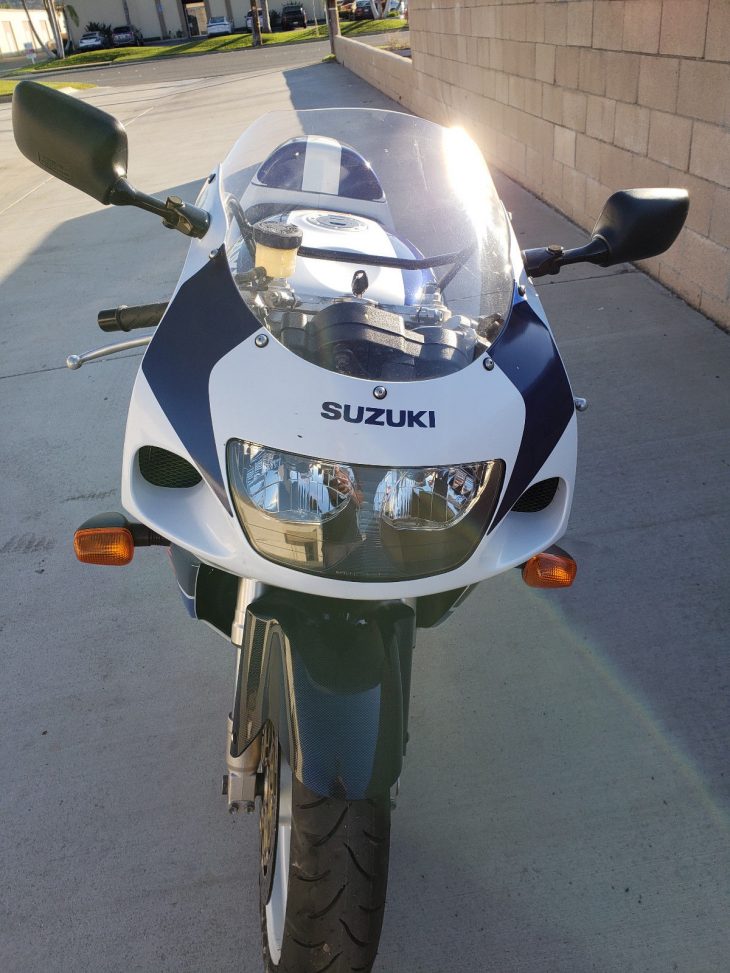 This one isn’t without its blemishes, showing scratches and some surface rust consistent with 12,000 miles, but it’s a one-owner bike with a de-rigeur period Yoshimura pipe and frame sliders. Not perfect, but much nicer than most. 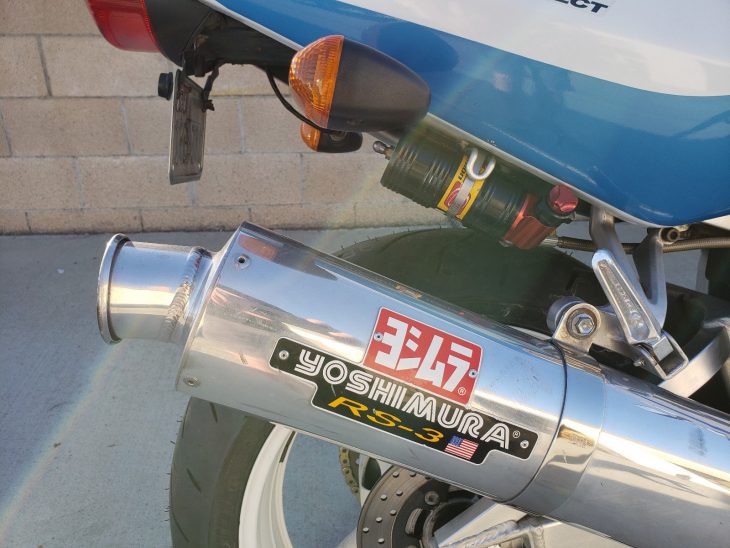 One Owner Gsxr750 1998 Srad ,fuel injection.
Been sitting for 10+ years,sat in a collection :
New fuel pump
injectors
520 Race chain and sprockets
all fluids were replaced (Brake ,oil/filter…)
K/N filter
ELkA rear shock re gassed
new battery
front and rear tires replaced
The tires,chain sprockets,fuel pump and injectors have never been ridden on all New …
Yoshimura slipon and crash protection added back in the day
The bike has not been crashed all OEM but due to 20yrs it has marks,chips on it please look carefully .
Single seat was put on it for the first time last week otherwise it always sported the passenger seat including the owners book and first regt (also with the bike)
Very hard to find a Clean untouched gsxr750 1996-99 that hasn’t been butchered.
clean title on non op 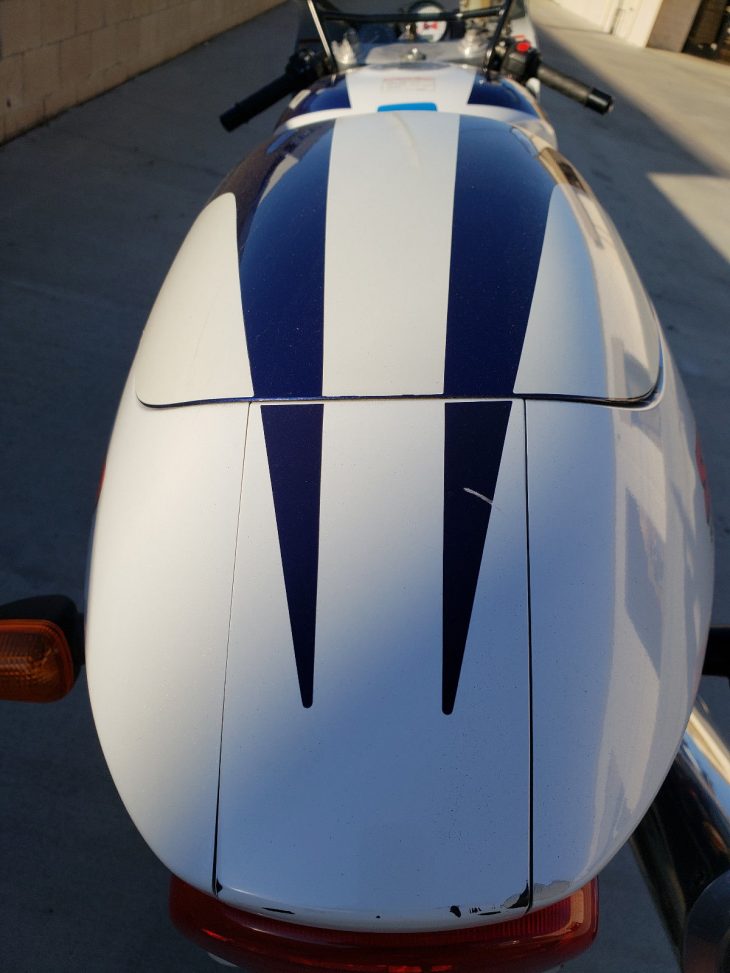 The mostly clean fairings, new running gear and fluid refresh are all positive signs that this is one of the good ones. These bikes still haven’t hit the collectible market with any force, but it wouldn’t surprise us if that changes pretty soon. 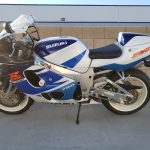 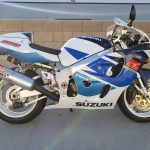 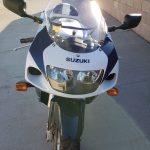 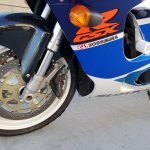 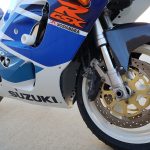 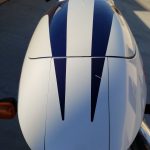 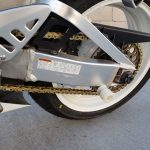 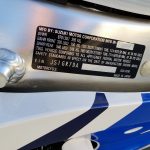 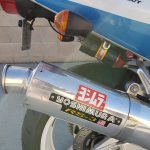 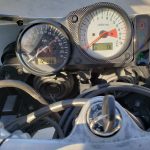