This is a California legal NSR250SP at a very good price!  Located in San Francisco, California is a 1996 Honda NSR250SP registered and titled in the state.  The seller doesn’t say much at all other than:

The photo is a file photo from the internet but I’ll include it in the post for those of us who may have forgotten what a Repsol MC28 looks like.  There were only 1000 ’96 Repsol SPs released world-wide to commemorate Mick Doohan’s 500gp world title.  The MC28 was the last iteration of the NSR250 line and the SP the ultimate iteration of that line.  However, the MC28s are plagued with the PGMIV system using a Smart Card ignition system.  The standard cards limit horsepower output but, the derestricted HRC cards can be used, and please correct me if I’m wrong, but don’t record mileage when in use as they were only intended for track use–something that should be kept in mind for a prospective buyer.  Now, no mileage, mention of condition, or photos of this bike are in this ad; the asking price is an agreeable $8,000.  We’ve usually seen California MC28 SP’s with asking prices in the $10-12,000 range.  See a list of our MC28 posts here.  If you’ve been looking for a SP MC28, see this bike on Craigslist here. 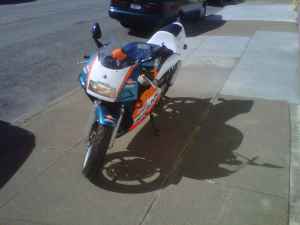 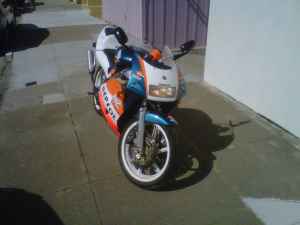 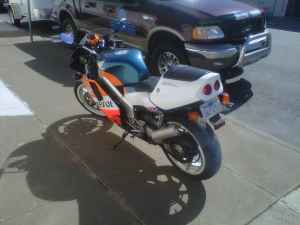 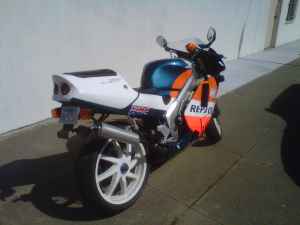