We all know what this is right ? 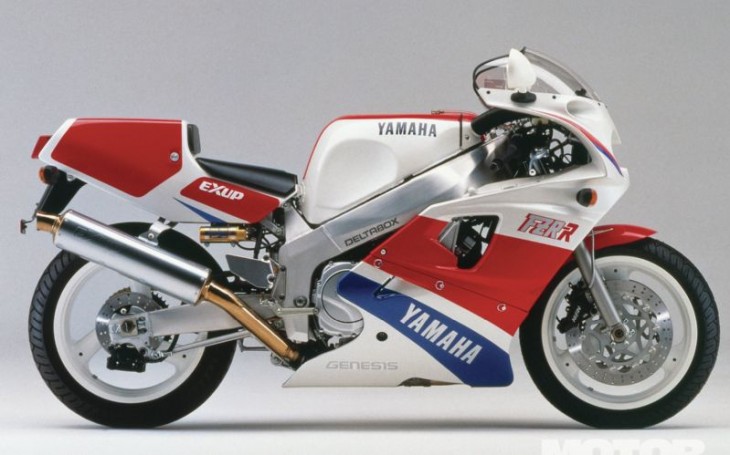 The glorious FZR750R (aka OW-01). This bike is probably one the most exclusive, rare and historically significant serial production motorbike ever produced by Yamaha. This is a true Race Replica, in the sense that it is a race bike with lights fitted on…About 500 of them were produced at the end of the 80s, making the OW-01 a more rare find than a Honda RC30. 30 years later and this Yamaha still looks the business. With that big and squared tank, thin seat, low handle bars, and intake pipes between you and the windscreen, smaller headlights vs. the distant parent FZR1000, this is still an awesome ultra aggressive looking bike. And the good news is, that it sin’t only about the looks, every component of this 750 is designed with the purpose of achieving lightweight and performance. This is still a fast and raw motorbike. It has carburettors,  it wants to be revved and it will surprise you with a power urge accompanied by a distinct sound of road legal race bikes that have not been replicated (apart form the ambitious Desmosedici of Ducati) in too many years (Honda might come back with the 5 cylinder RCV but probably that’s not going to happen unless the global economy recovers). 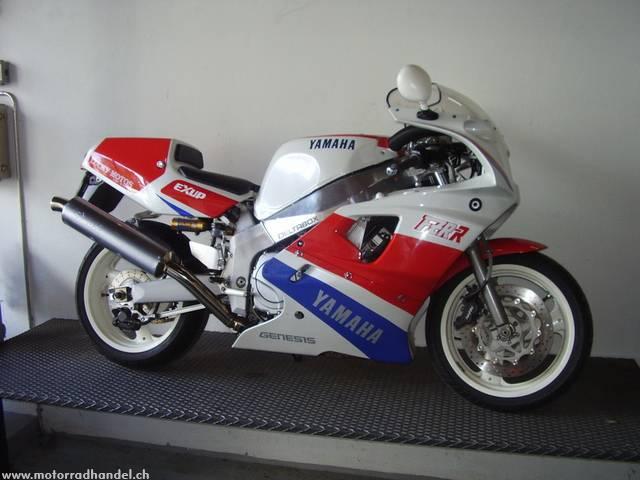 The other even more important, news is that the above spectacular model, with just short of 17.000 km, is on sale in Switzerland at, hold yourself… 12.000 CHF = 13133 $ ! This is the best value for an OW-01 I have seen in a long, long time. If you are looking for this bike in particular, or if you just have 13 grands at disposal and you read RSBFS regularly, you’d be a fool not to snap this one before somebody else will.

The following video from British MCN’s Micheal Neeves says it all:

As I said a few days ago, the season for great deals has just begun, but this will be difficult to beat for a while…The challenge is on…