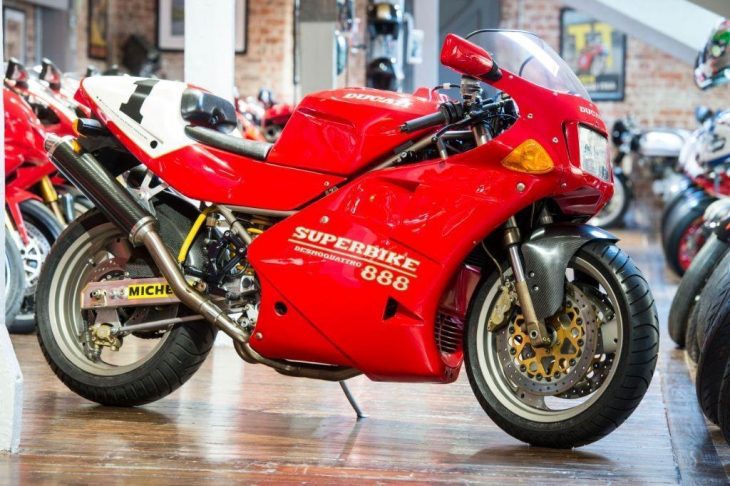 The Ducati 888 filled the gap between the brand-redefining 851 and the legendary 916, bumping the 851’s fuel-injected, liquid-cooled, four-valve L-twin to 888cc. The inbetweener status didn’t phase the bike much, though, as it was enough for Doug Polen to net back-to-back World Superbike championships in ’91 and ’92. Production ended in ’94 as the world geared up for the Tamburini-penned 916. Ducati sent fewer than 300 to the States. 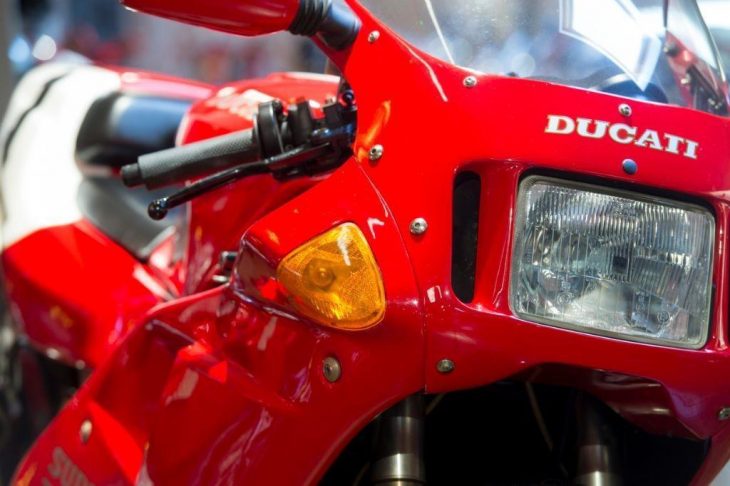 This 1993 Ducati 888 SP05 is number 270 of 500, and has covered just 125 miles since its original UK delivery. The SP versions of the 888 never made it to our roads, as they couldn’t get past American DOT laws. Now that the bike has reached the magic 25-year mark, it might be possible to bring it in and secure registration, though it probably should be ridden sparingly. We are pleased to present the opportunity to own a very rare collectable Ducati 888 SP5. This example is number 270 of just 500 made. A beautiful 1993 model having covered just 125 miles from new. This is the ultimate concourse example and the best we have ever seen

This bike is supplied with the original handbook, and will have a full belt service and MOT prior to the new owner taking possession.

The 888 was a motorcycle manufactured as an upgrade to the 851. The earlier 851 had introduced liquid cooling, computerised fuel injection and four-valve heads to Ducati’s two cylinder motors. After increasing the capacity of the 851 to 888 cc they then released the iconic 888 SP5 in 1993.

A small deposit will secure this Ducati and we offer finance packages to suit and can also arrange delivery both UK and worldwide. 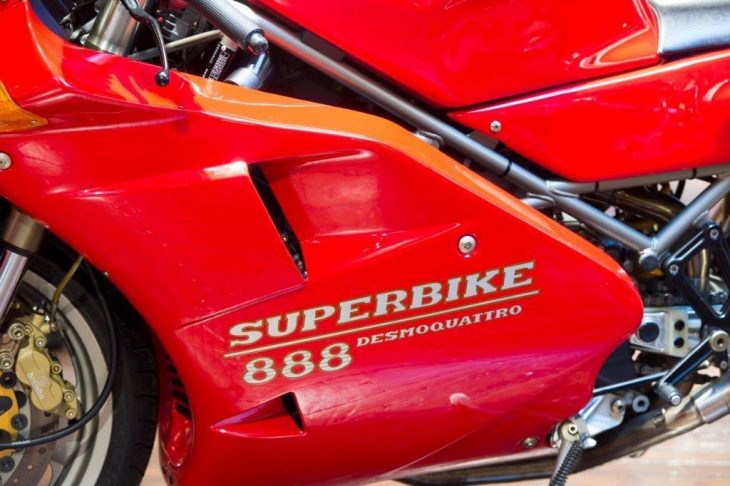 The bike is listed with a classified ad, meaning that the price — about $55,000 USD — won’t change over the course of the listing. 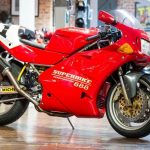 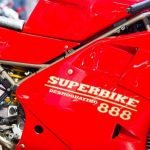 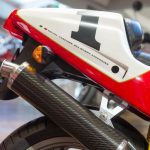 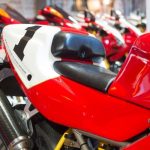 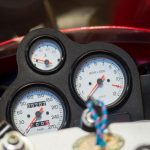 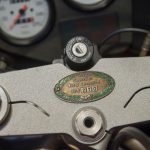 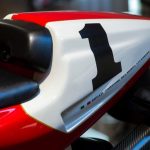 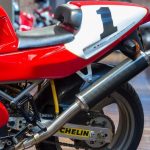