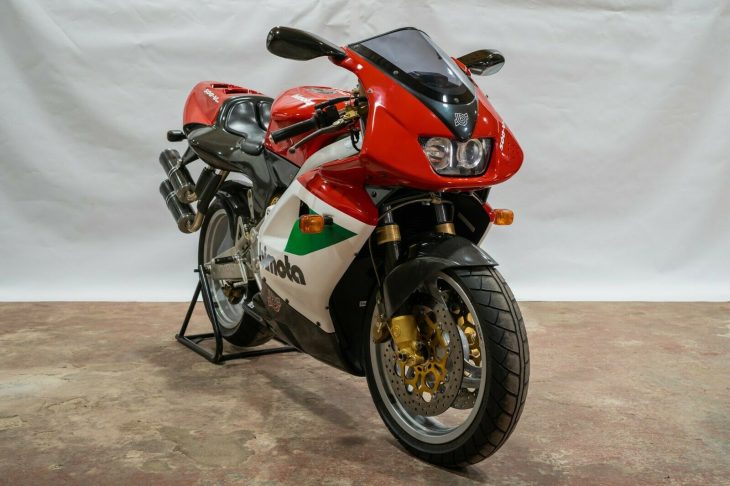 The last gasp of the two stroke sportbike could have been something incredible; a jewel of a machine with impeccable balance and style and an unmatched power-to-weight ratio. And it almost was. When Bimota release the 500cc v-twin two stroke V Due in 1997, all the elements were there. Acres of carbon fiber, trick and expensive Paioli forks and a direct-injected 90-degree engine. But the first 150 or so bikes were nightmarishly unreliable, thanks to dodgy castings and a fueling system that never worked properly. 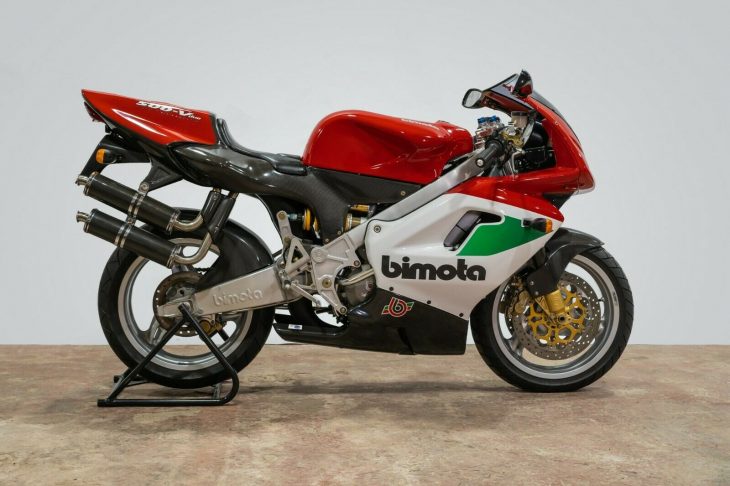 The result was the bikes leaked and seized more often than not, and when they did run the fueling and power delivery were untamed and unruly. The debacle ended up torpedoing Bimota as it existed then. 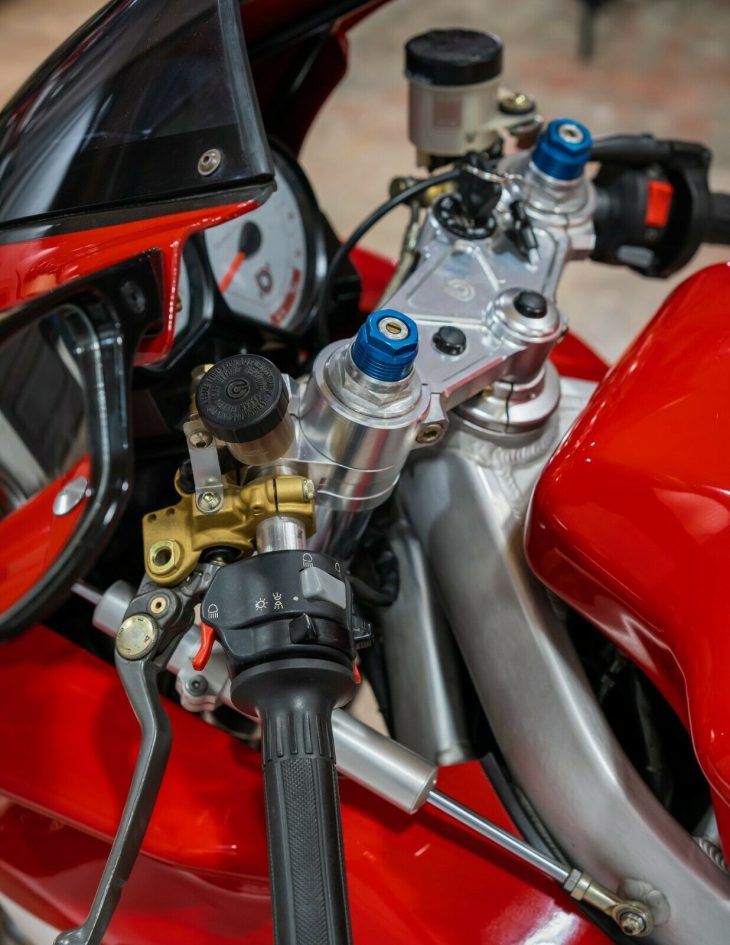 But in 2003 and 2004, a Bimota engineer bought the leftover bikes and fixed what plagued them, throwing a set of carburetors atop the v-twin, which saw in the neighborhood of 120 horsepower in a 320-pound bike. Thanks to emissions regs, the carbs meant the bike was a no-go for the street, but at least its riding potential could be realized. 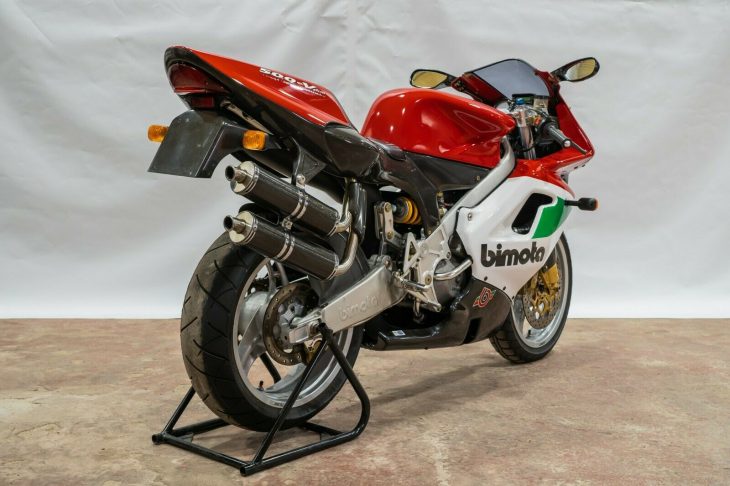 This 2003 Bimota VDue has just over 330 kilometers on the clock, and according to the seller has lived inside as a display piece since the mid-aughties. The ad doesn’t go into the mechanical condition, but if the cosmetics are to be believed, this is a VDue you could actually get some seat time on. 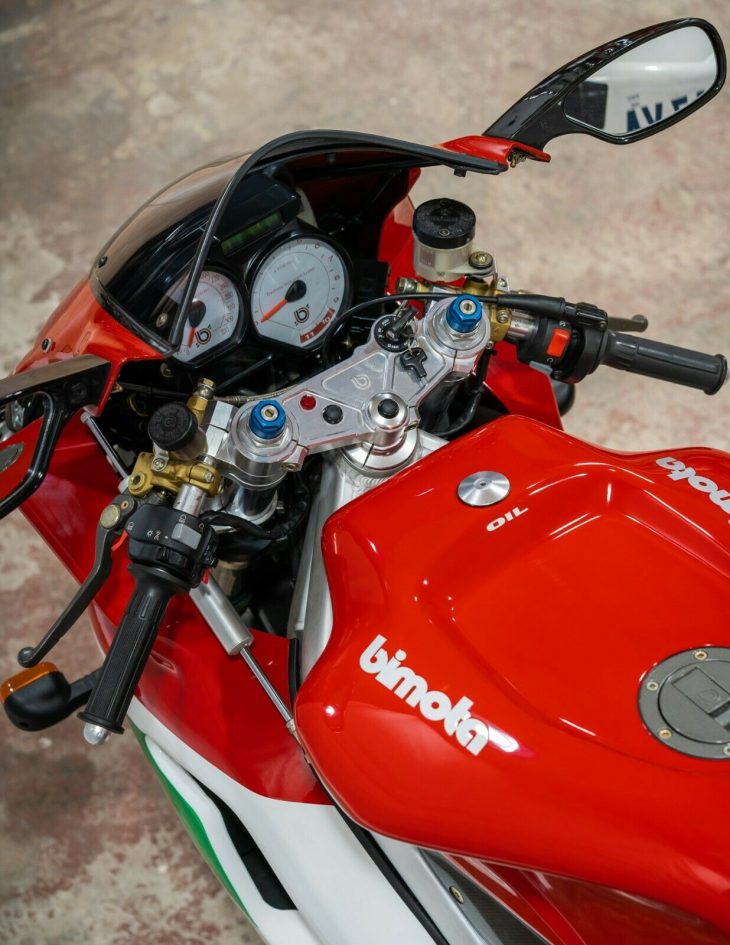 This bike has been inside an office for decoration over 14 years.

Bike is in Portugal with Italian Documents.

Transport to UK costs around £550 and will be Chas Mortimer Logistic Ltd collecting this bike.

The damage for this beautiful piece of Italian history is just over 35,0000 USD, and that’s before you get it here from Portugal. But, if you’re of a mind and the means, you’re unlikely to get a similar opportunity too many more times. 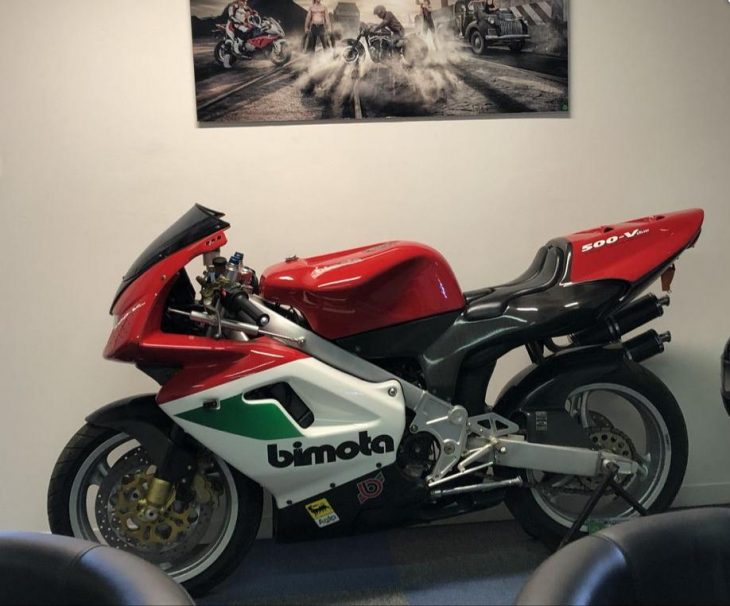 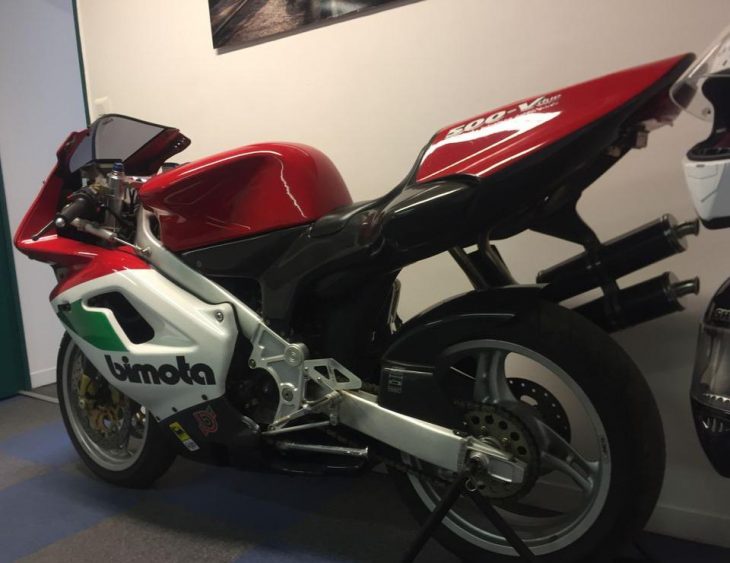 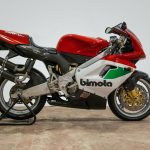 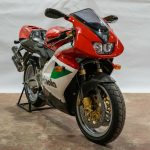 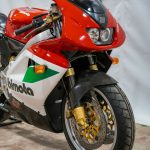 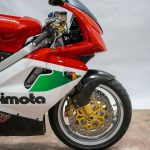 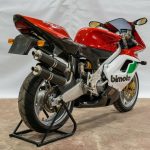 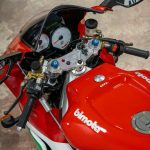 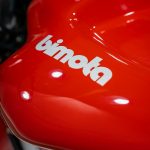 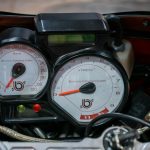