Okay, so your not down for track only RS250 and you passed on the one I posted yesterday. Well, your ship has docked today because this RS250 is ‘da bomb’ and is an original street version.

Although the owner is confused as to who Aprilia dedicated this bike to; it doesn’t change the fact that it appears to be in great shape and ready to rock n roll.

Have a look and see for yourself or : 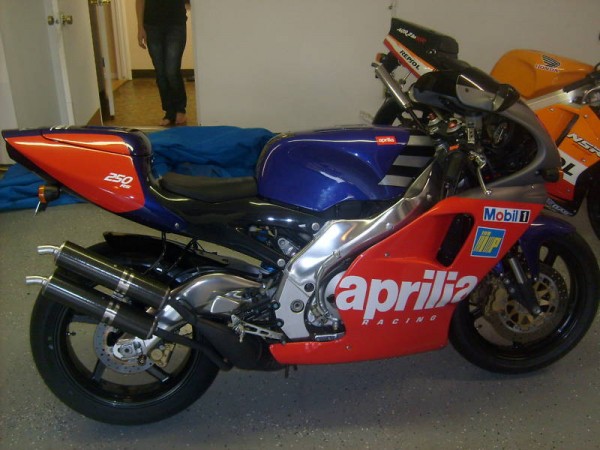 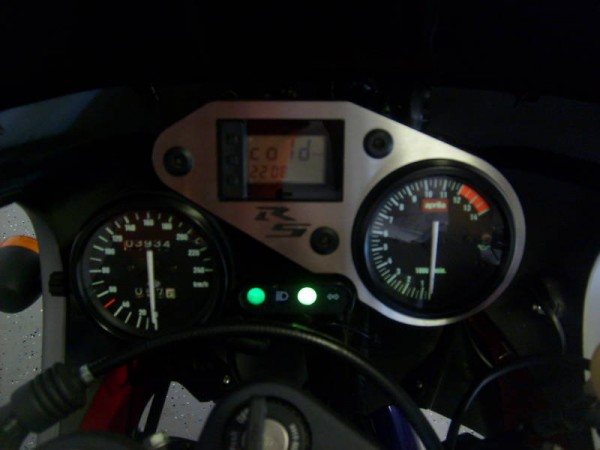 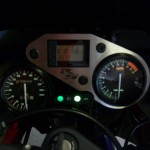 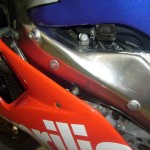 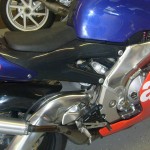 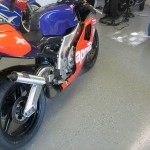 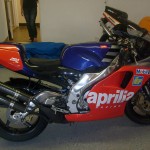 Pretty sweet indeed! Now I can only assume that this one has low miles because ‘I spy’ several other 2 strokers in the background. The seller has done a great job promoting his bike because over on the auction site there are several more hi-res pictures to be seen. In fact about the only thing he could have done better, to promote it, would have been to let me ride it and then write this blurb. 🙂

Quotes from the sale:

Im thinning out the herd and this one is the nicest. its a 1995 aprilia rs250 valentino rossi edition the bike has 3900 km and is in near perfect condition. the aftermarket parts are tyga side by side pipes and silencers, mild steel headers. new tires with 40 miles on them, and new chain, are replaced only due to age not wear. the bike had some minor but annoying scratches on the tail section and the the left and right lower fairings so as anal as i am i had them repainted with the reproduction decals. i could not get the tail section decals that said rs250 so i had a sign shop make some up. the bike looks new and runs awesome. i do have the stock pipes that will go with it.

I’m not sure the bike wouldn’t have been better left 100% original, but at least you can get that warm fuzzy feeling that you know a bike has been well looked after by it’s owner. My guess is this one will fetch a nice shiny penny somewhere in the range of 8 – 9,000 bucks so if you’ve been looking – get ready to pony up for this one.

For reference you can check out the most recent Loris Reggianni Replica that was posted on RSBFS by clicking here. It did sell for $9,000.00 and was almost identical in spec. I’m curious to see what the market will do for the respray…