Though Arturo Magni’s company made road bikes as well, they were virtually all for homolagation of the racing machines with purpose built frames and fairings.  Rarely seen stateside, this Magni is still in race trim and spectacular. 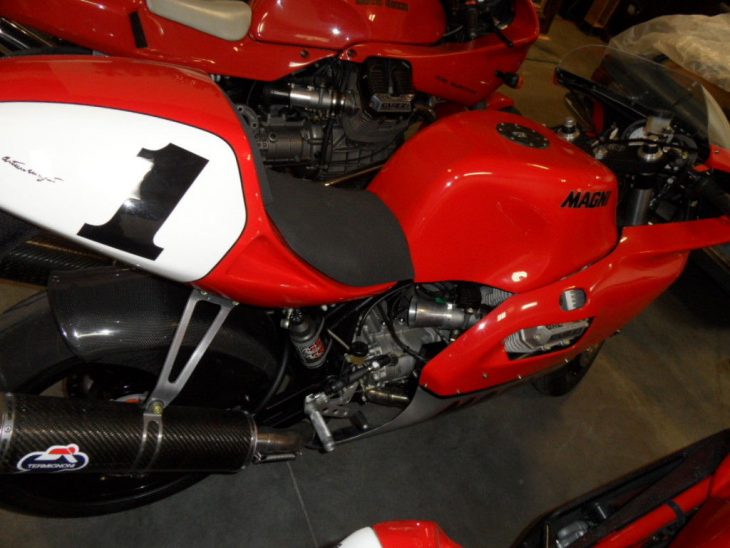 1994 Magni Australia for sale on eBay 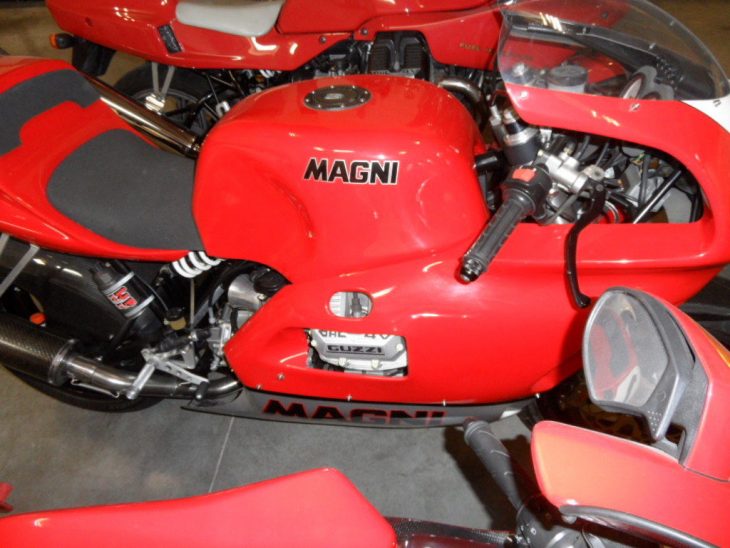 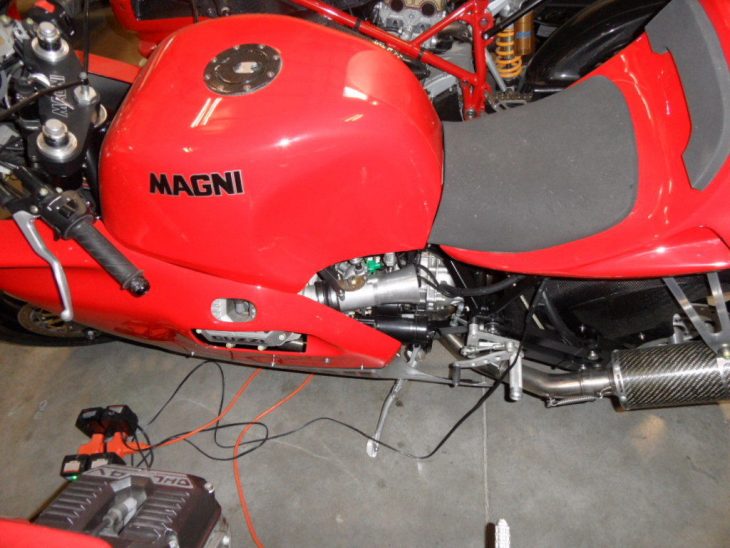 Magni started out at Gilera, and worked with Count Agusta at MV until the founder’s death in 1976.  He and his sons then founded their own firm and began work with Honda and BMW-based sportbikes, but started the dynasty with Moto-Guzzi engines in 1984.  Developed with an eye toward the Battle of Twins racing around the world, the bikes did well down under, and led to the Australia sport bike. 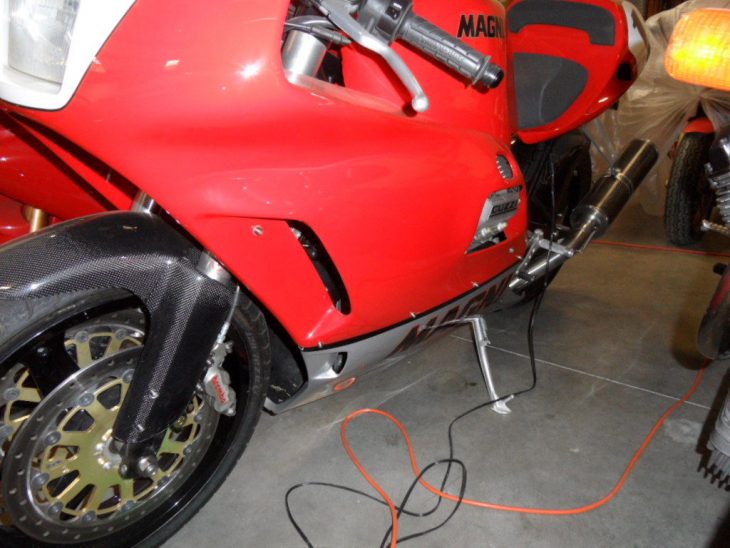 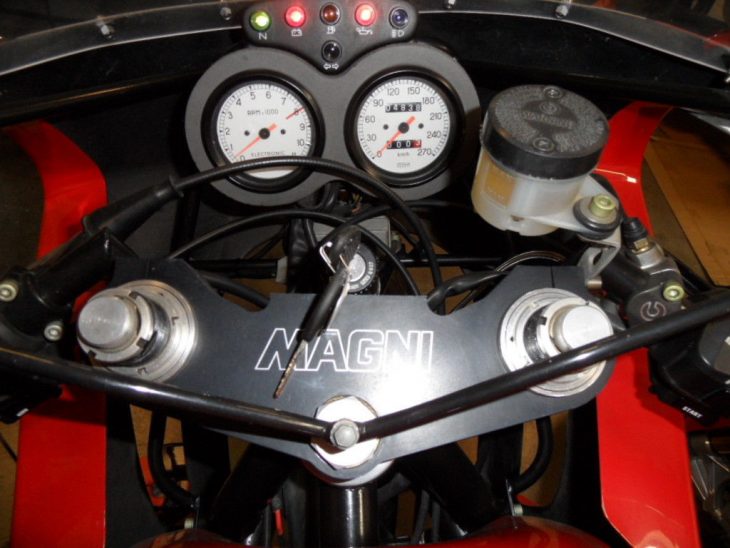 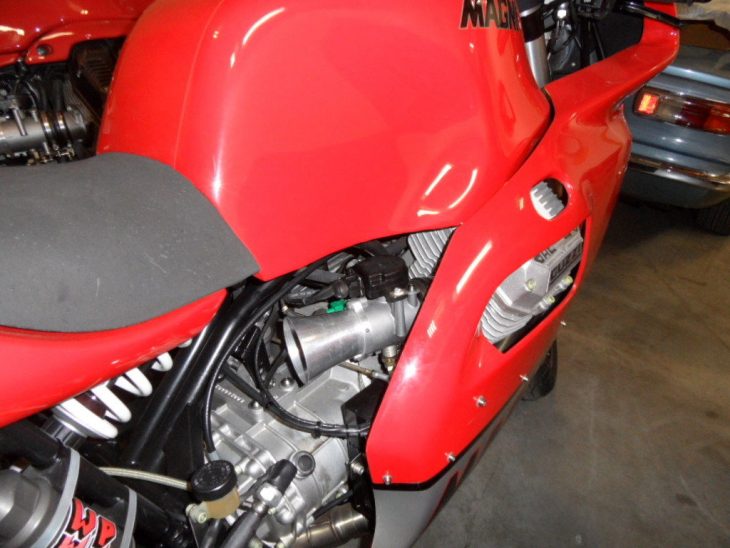 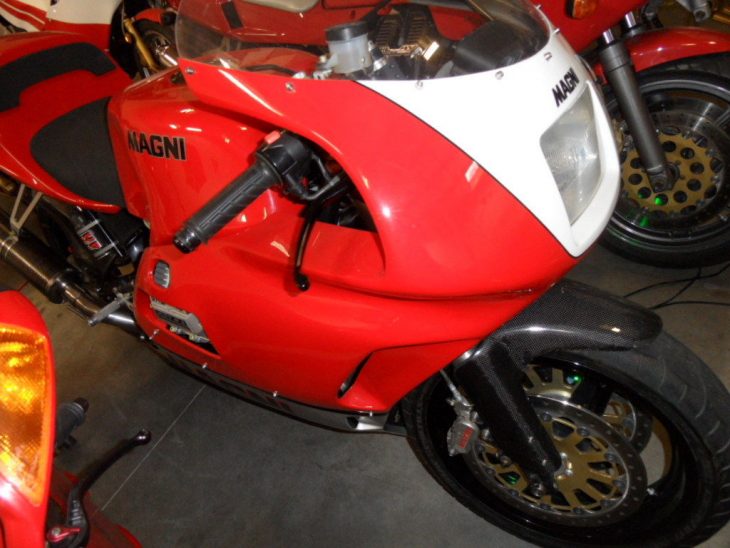 Presented by a SoCal specialty shop, this Magni has open intakes and Termignoni carbon mufflers, and appears to have escaped the eventualities of actual racing.  The binnacle shows just 3,000 miles, and the eBay auction states clear title – 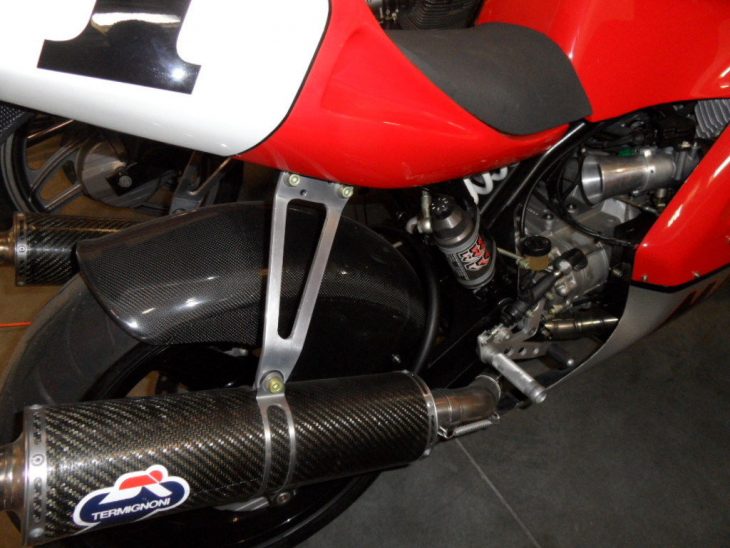 Though the rarity of this machine is off the charts, Magni’s sons continue to design and fabricate Guzzi and MV-based bikes.  Bulletproof mechanicals and still-available special parts are a nice combination.  A new owner could take the Australia for track days or vintage races without undue worry.  Or set it up for DMV inspection and have a great Sunday…