Named in honor of their importer-turned-racer down under, the Australia was Magni’s signature homologation special.  Using Moto Guzzi’s quattrovalvole 992cc twin, the Australia is off the sporty and rarity charts.  This example is just out of a long restoration and looks like a new machine. 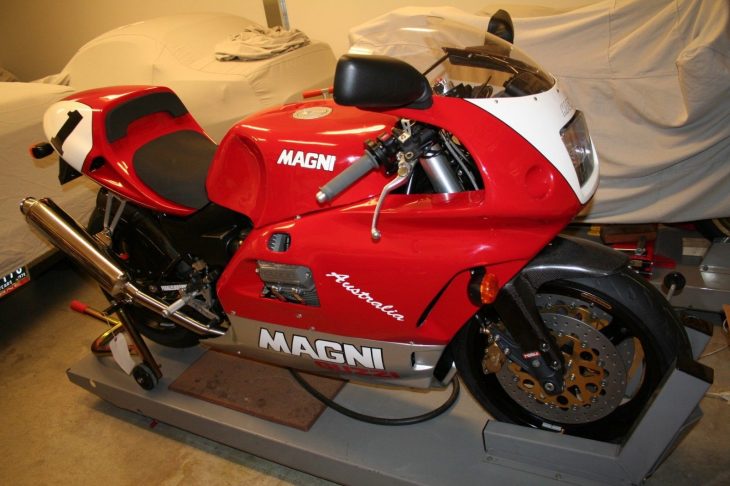 1998 Magni Australia for sale on eBay 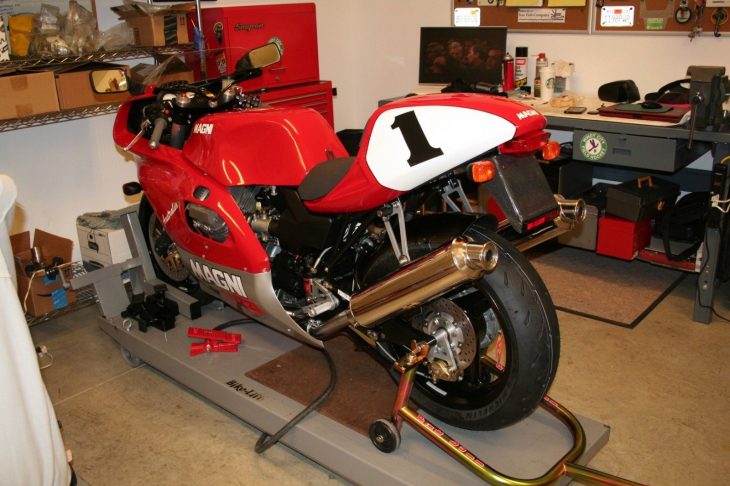 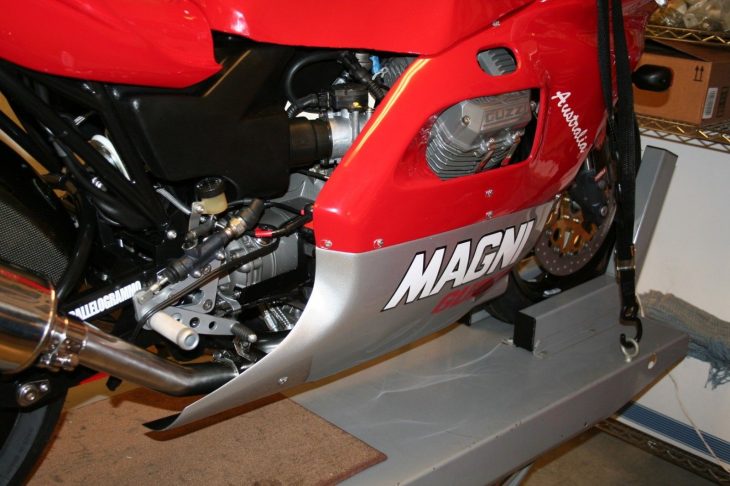 In road trim with Weber-Marelli fuel injection, Guzzi’s liter makes 104 well-mannered hp, and a healthy 65 ft.-lbs. torque.  Magni’s own downtube frame has oil tankage in the backbone and massive Paioli forks.  Shaft drive is accomodated by the company’s Parallelogrammo monoshock, which reduces extension under power.  Sporting intentions are confirmed by the thin foam seat and full fairing.  Weight is an acceptable 450 lbs. dry helped by carbon fiber mudguards. 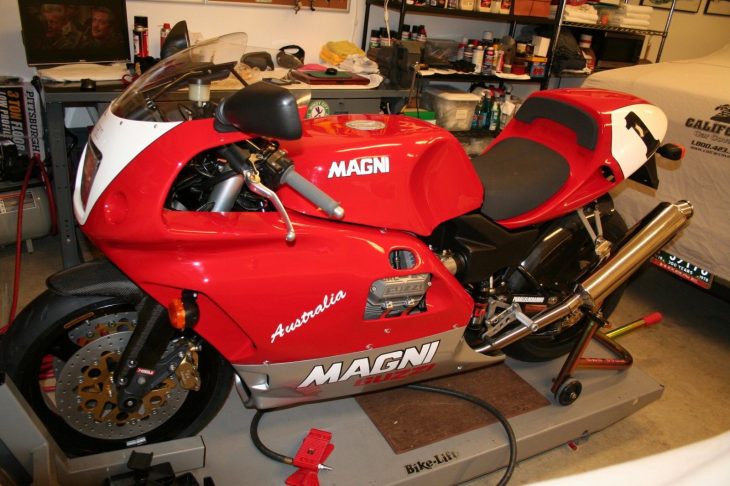 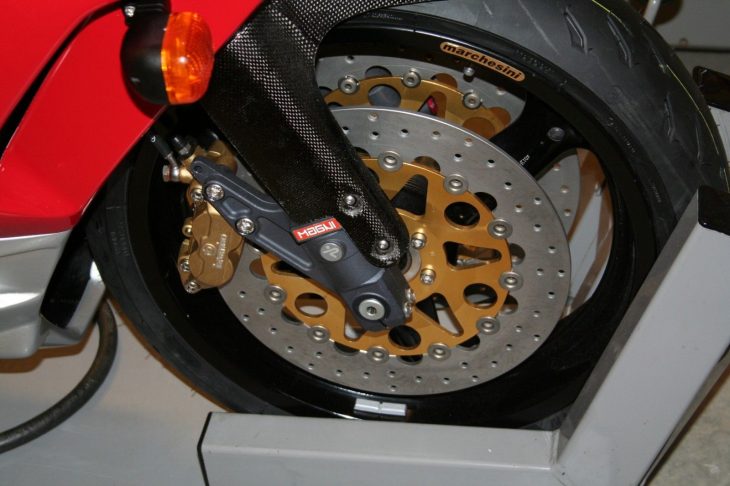 Located in Illinois, this example has undergone a comprehensive rebuild, and is still awaiting its first fluids since completion.  Great to start with a special machine when embarking on a journey like this, and the Australia qualifies.  The single overhead cam V-twin hasn’t been opened but should be far from needing anything.  Warren has this to say in the eBay auction:

Recommissioning used all Wurth supplies, torque specifications to manufacturer standards. All paint on bodywork and frame is original, lower belly pan professionally repainted due to stone chips, there have been no modifications to the machine that I can verify since it was constructed. VIN number is shown, engine number is KL011565. All takeoff parts and fasteners will be furnished with the machine if the purchaser desires. Odometer has been replaced with white faced metric instrument showing 1 kilometer. Original shows 10,183 miles, appears to be original. 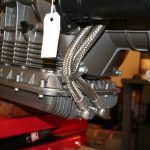 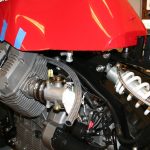 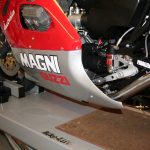 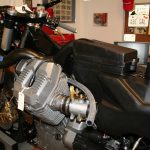 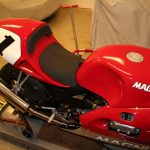 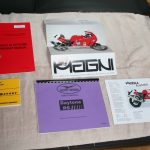 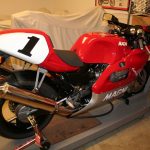 Arturo Magni prepared Count Agusta’s racing motorcycles ( for the likes of Surtees, Hailwood, and Agostini ) until the company quit racing in the mid-seventies, then he and his sons formed their own company.  Magni sampled different powerplants until 1985 when a lasting relationship with Moto Guzzi was formed.  The Australia reviewed as having a foot in two worlds – sharp handling but stable with the V-twin’s low CG, the maintenance-free shaft drive hardly noticeable with the parallelogram swingarm, the Daytona RS engine powerful and torquey.  A “new” ’98 by many measures, it should give the new owner many hours of enjoyment, even if the gas, oil, and brake fluid never go in.  Bidding is active but hasn’t met the reserve yet.  Questions can be sent to Warren via the eBay auction. 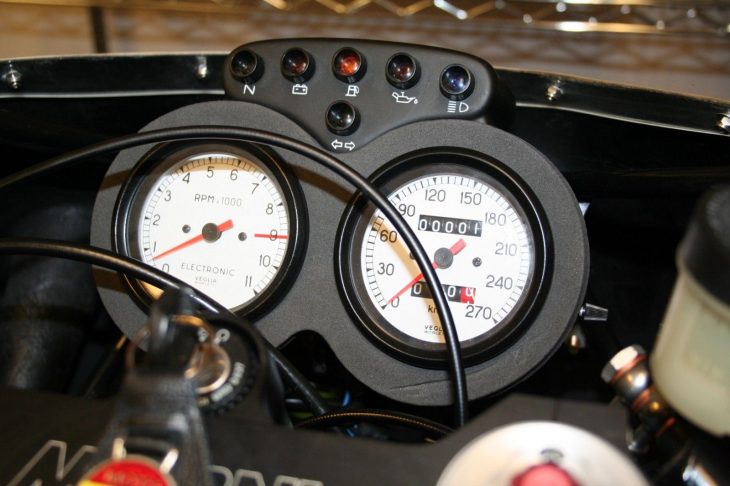