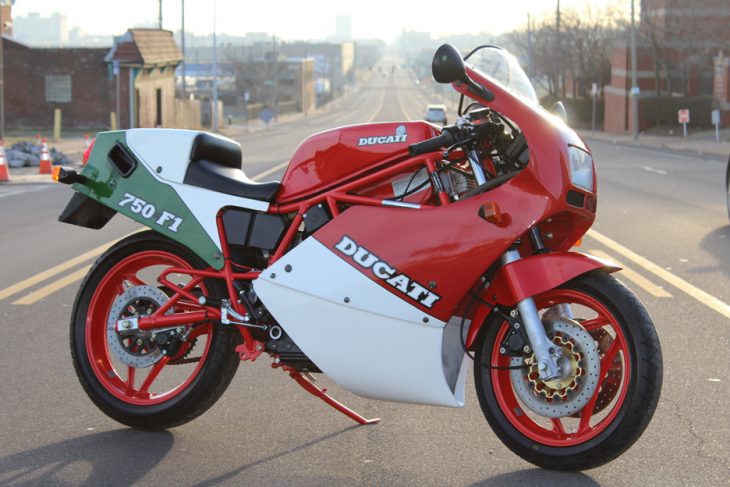 Until pretty recently, Ducati’s 750 F1 was the redheaded stepchild of the Ducati family: it wasn’t a bevel-drive and so wasn’t really considered worthy of being considered a “classic” Ducati, didn’t have the reliability [cough, cough] of the modern two-valve twin, or the performance credentials of the liquid-cooled four-valve superbikes. But values have been rising rapidly in recent years, and the F1 represents an important bridge between two eras of Ducati sportbikes. 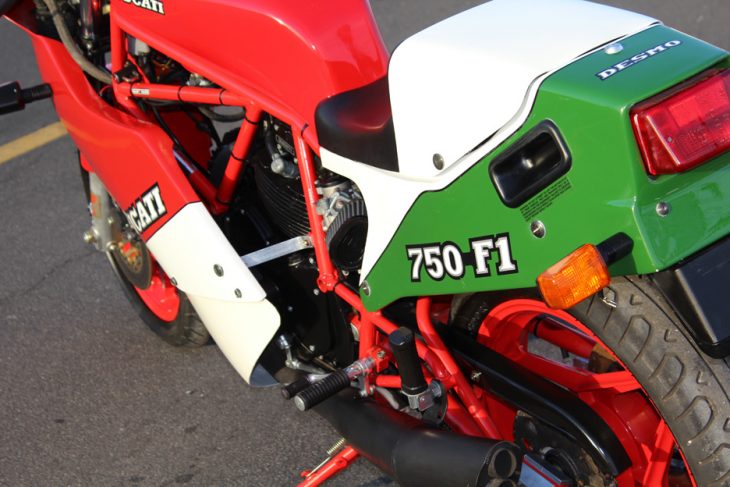 The 750 F1 was built around their proven trellis frame and a 749cc version of the Pantah two-valve L-twin, tuned to produce 76hp and was wrapped in bodywork designed to resemble the successful TT1 racing machines. Wheels were the height of 80s fashion, with a tiny 16″ hoop up front and 18″ at the rear. This was the very last Ducati produced before Cagiva took over and it uses a pair of carburetors configured like the older bevel-drive bikes instead of the later machines that nestled both units in the engine’s vee. Not the most efficient from a packaging standpoint, with those air cleaners jutting out bodywork. 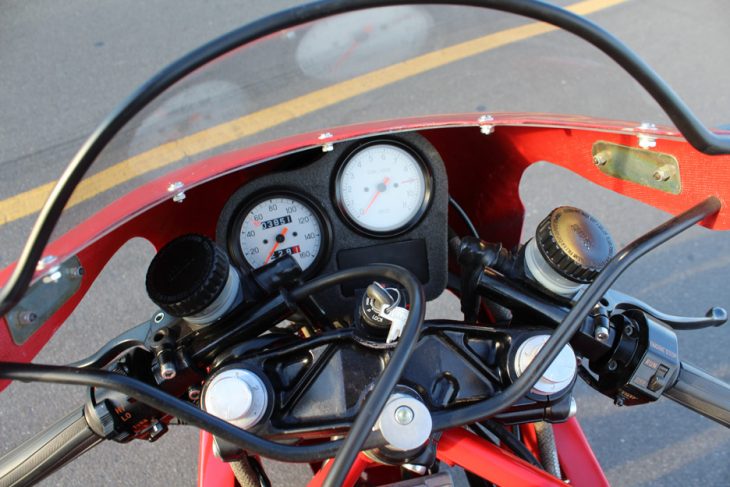 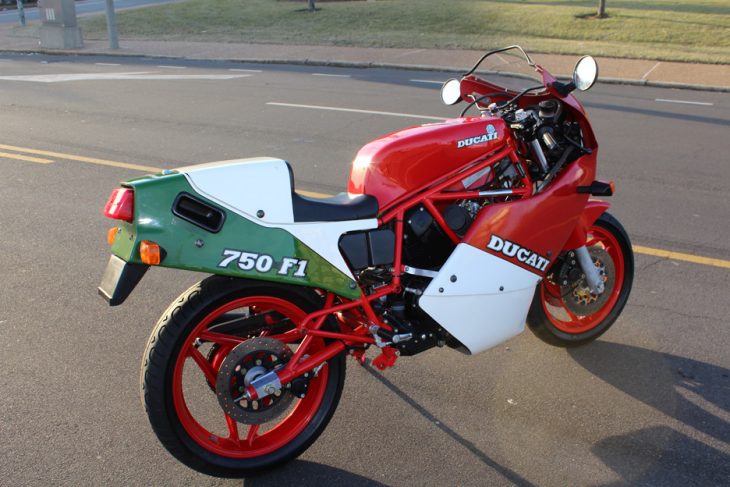 Bidding is up above $10,000 with the Reserve Not Met and very little time left on the auction. These are the very last Ducatis before the modern era that was ushered in by Cagiva, and that gives them a special place in Ducati’s history, and the uptick in values reflects that. This example looks very clean and is in excellent condition, with low miles and the seller even includes a short video of the bike roaring up the street!