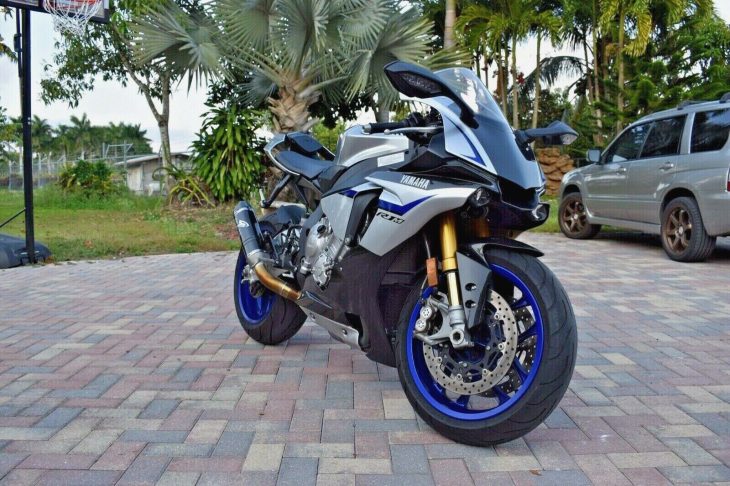 As we speak, four-time World Superbike champ Jonathan Rea is throwing an unholy hissy fit over the spec of the 2019 Ducati Panigale V4R that Alvaro Bautista is using to convincingly pinch the crown that has become all but a foregone conclusion for him. The reason for the mud slinging is the big Ducati’s world-beating tech and eye-watering price tag. It’s not attainable for the average human, Rea argues, so it’s not exactly a fair fight. 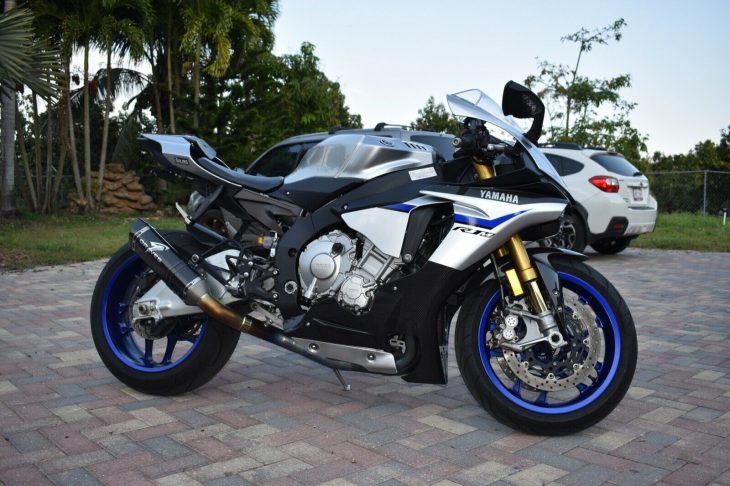 There may be some merit to that when you look at bikes such as this 2015 Yamaha R1M. When it broke cover as the tuning fork’s baddest offering in 2015, it carried a raft of tech and sexiness that was unheard of at its $21,000 pricepoint. Four years on, that cost has gone up a little, but the bike is no less astonishing now. It packs carbon fiber bodywork, a smartphone-controlled onboard computer (dial in suspension settings from your phone) and a 200-section rear tire. Not bad, considering it still goes for just over half of the R’s ask. 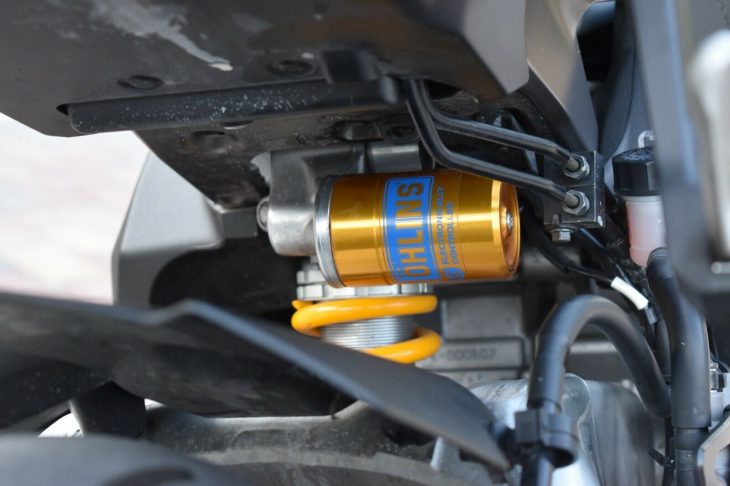 This 2015 Yamaha R1M has done just 4,000 miles and is in immaculate condition. It has a computer chip and a Graves can, but is otherwise stock. Fresh-looking Michelins have replaced the sticky original Bridgestones. There’s a lot of life left, but this bike for sure deserves a more aggressive set of meats. 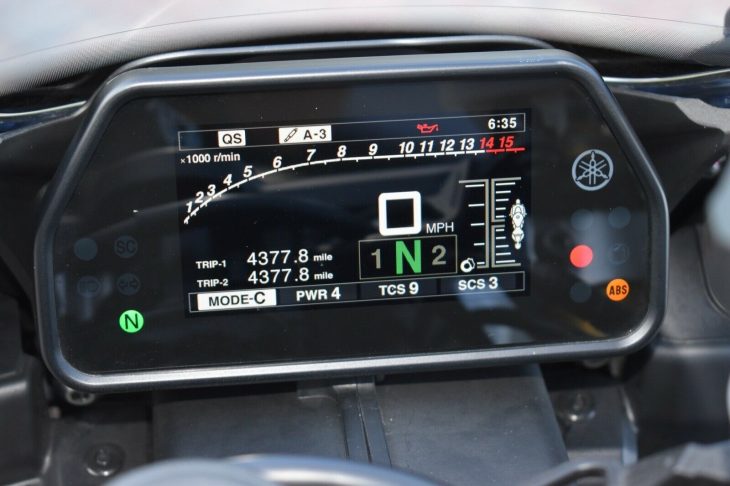 LIKE NEW!! -2015 YAMAHA R1-M
4377.8 ORIGINAL MILES WITH CHIP AND PIPE!
There’s really nothing else to say, the bike is super clean with receipts of the work done.
After payment we can assist your shipper loading or stop by, pick it up and ride away!
Don’t postpone joy, blow minds at the bike blessing or on the track next weekend!
BID WITH CONFIDENCE! The reserve hasn’t been met at $13,800, which is still a deal for what this bike is. With the tasteful mods and just 4,000 miles under its belt, this might be the neatest way to get ahold of what is a truly mad street bike. 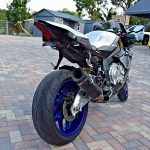 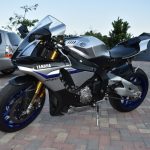 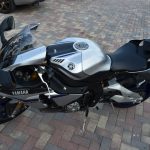 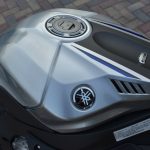 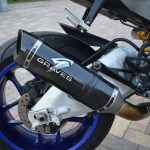 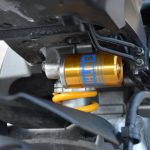