While I love the idea of owning a 200hp Italian exotic, the realistic side of me recognizes the limitations that come with that purchase. It’d be like owning a great white shark as a pet: the “wow” factor when people come to visit is definitely there.  It’s a beautiful animal, a stunning apex predator, and a great way to get rid of unwanted guests. But maintaining both could be a truly horrific problem in terms of cost and inconvenience.

Basically, a great white shark would make an impressive, if very impractical pet.

But what’s the motorcycling equivalent of a Labrador Retriever then? Something that won’t especially impress anyone, but makes for a great day-to-day companion. Probably something frisky and fun like this 1997 MZ Skorpion Cup. 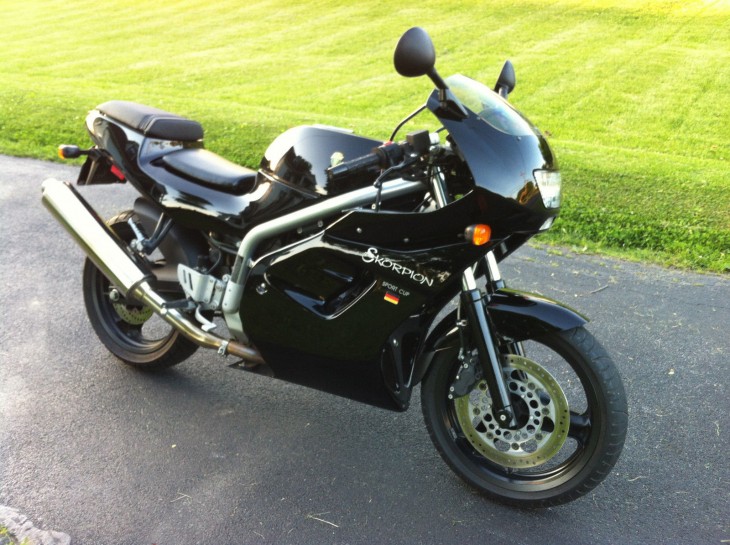 For a while there in the late 1990’s, MZ had a whole range of bikes available in the USA, all based around Yamaha’s sturdy, 48hp 660cc single. There was the dual-sport Baghira, a bike with a name so evocative, you’d buy it for that alone. The supermoto-styled Mastiff, a twin-headlight machine with brutal looks right out of a Mad Max movie. There was the Skorpion Traveller, a vibe-y single with a fairing and hard bags… And today’s Skorpion Cup, the raciest of the bunch, not counting the Replica which was a hotted-up version of the Cup. 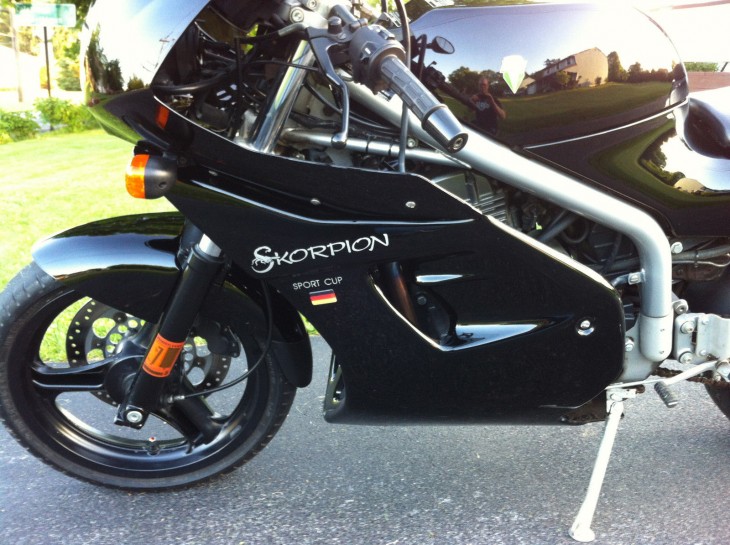 MZ [sometimes “MuZ” for “Motorrad und Zweiradwerk”] actually was famous for its pioneering role in the two-stroke revolution. Successful in racing for years due to their singular understanding of how to optimize two-stroke engines, their luck changed when racer Ernst Denger defected and took the proprietary technology with him. MZ is no longer with us: Wikipedia tells me that the former factory is now a nightclub called “MZWerk”. 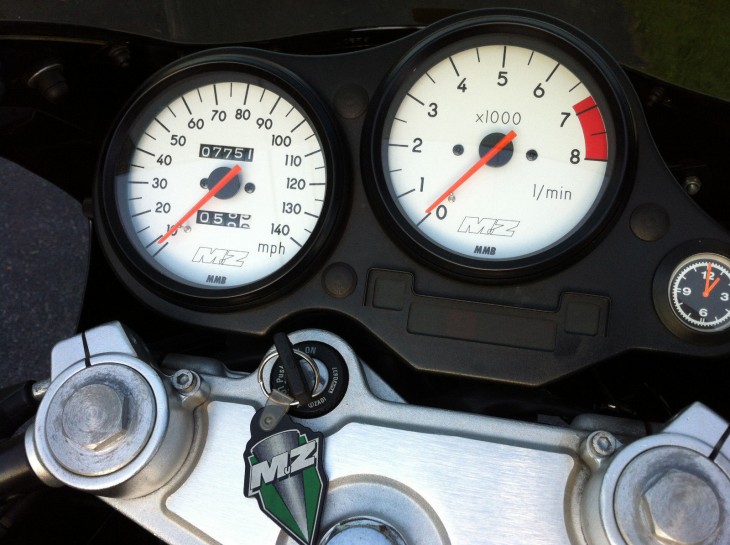 From the original listing: 1997 MuZ Skorpion Cup for Sale

Immaculate 1997 MZ Skorpion. 7,751 careful miles. German made bike with a 660cc single cylinder Yamaha engine. Comes with solo cowl, owners manual and new front tire. (back tire still good) Not many of these were brought into the country, and few are left in this condition. Runs and rides great, no problems.

The listing also includes a nice video of the bike starting up and chugging happily away during the walk-around. Pricing on these is generally very modest, parts for the engine are easy to come by, and the bike makes for a fun back-road-boogie partner or a great, low-buck racebike. It’s hard to find more fun for less money, with a price of $3,500. If you want a trackday single, and can’t pony up for a Ducati Supermono or a Bimota BB1, then this is your ride. 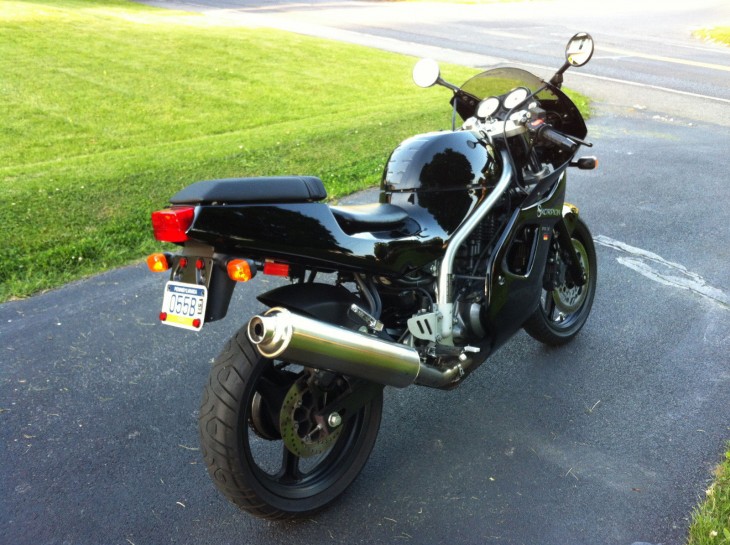