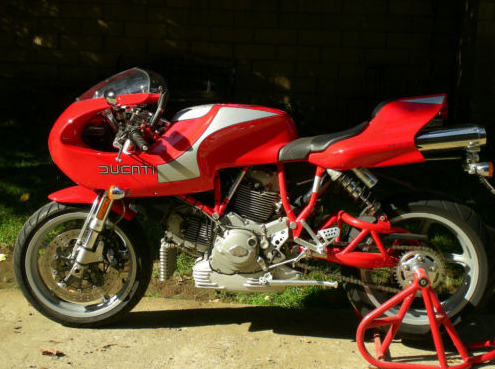 This bike is pretty much a piece of modern motorcycle sculpture. Called the Mike Hailwood Evoluzione at Ducati it’s one of the most unique and stunning bikes built in my opinion. Just look at the swingarm. A piece of artwork in itself. At 75 hp, maybe the bike isn’t the fastest thing on the road, or the most cutting edge. But it did have super cool one-off design, solid suspension pieces and Brembo brakes. And it will sure turn heads everywhere you go. 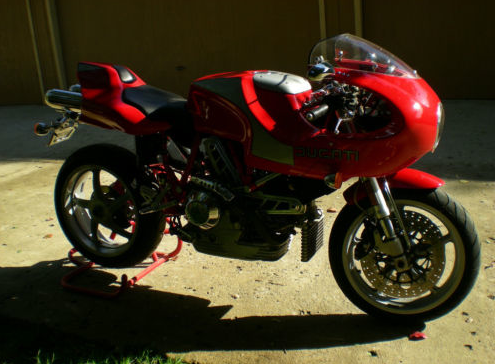 Many a MH900e featured here on RSBFS has been a low-mile collectible bike that hasn’t been ridden much, if at all. Now, I’m not saying 1000 miles is a crazy amount of mileage, but on one these, it kind of is.

Here’s the rest of the pics- 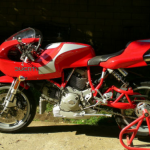 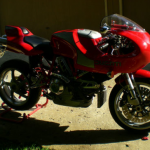 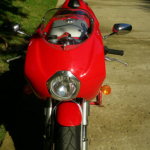 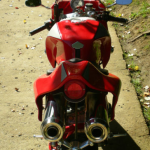 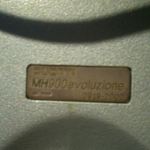 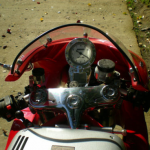 And here’s the info from the seller-

You too can own this rare, awesome Italian sportsbike! This is #0919 of 2000 made to commemorate Mike Hailwood’s 1978 Isle of Man Formula 1 Championship and is 1 of 500 imported to the US! With its light weight tubular trellis frame, L-Twin cylinder-2 valves per cylinder-Desmodromic air cooled motor with 904cc, Marelli electronic ignition, 6 speed transmission and its single-sided/single shock suspension, you will be taking on any canyon or country road with ease. This sportsbike has been upgraded with a chrome cam cover and Staintune exhaust. We are the 2nd owners and have all books and maintenance records. It is ALWAYS garaged and meticulously maintained! With only 1064 miles on it, this is the BEST BUY out there for this rare Italian sportsbike!  SERIUOUS BUYERS ONLY!

The MH900e goes for some big money. As the seller notes, they are a numbered, limited edition bike, the first bunch offered by Ducati online. They sold out in a matter of hours. Some low and zero miles models here have been offered for some seriously high prices (a pair for $995,000 anyone? Although the seller claimed half went to charity, still…). This bike is $14,500 BIN which may be a little high for a bike with 1000 miles. Other examples have been in this range, but with less mileage. I know you can’t get a whole lot less than 1000, but with bikes like these, every mile counts.

So here’s your chance if you’ve been looking. This is a beautiful bike. If you feel like you need to give it the new home it deserves, then place your bid!