Owned and submitted by Harrison this sweet little gem has 16,000 on the clock, has new tires and is 100% stock. Apparently, Harrison imported it and has owned it since new. He tells me it has been well cared for and by looking at the pictures I can’t say I disagree. With all of these two strokes floating around RSBFS it’s making me crazy and I might do something silly to park one in my garage.

The MC 21’s introduced the Gullarm swing arm to the NSR line and I’d say it is the coolest thing next to a single sided swing arm. 1993 was the last year for the MC21 before the MC28 went on sale in November of 1993 as 1994 models. My favorite NSR is the 1990 SP, but that’s another story for another post.

Here are the pictures: 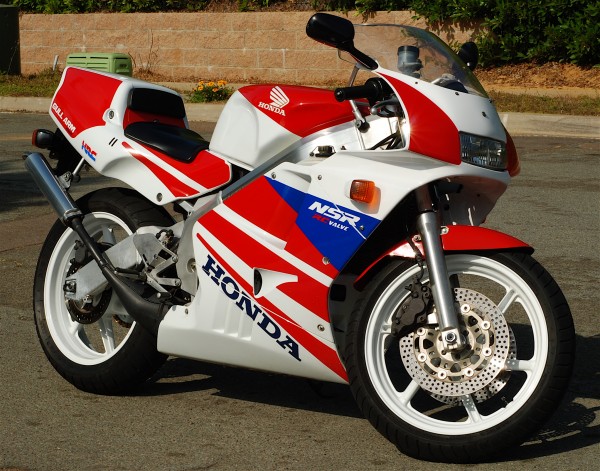 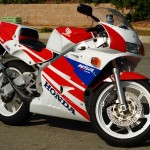 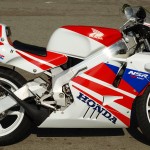