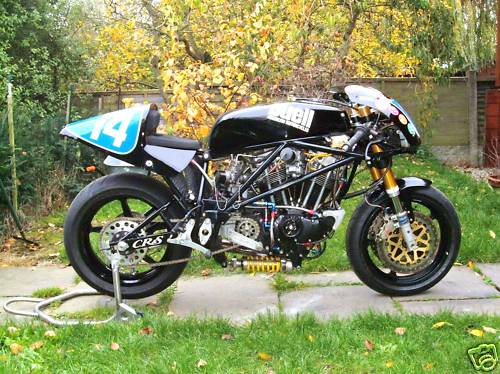 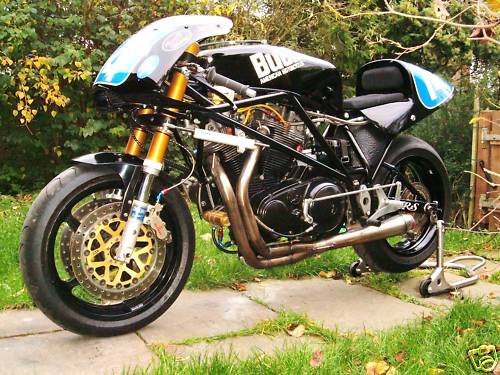 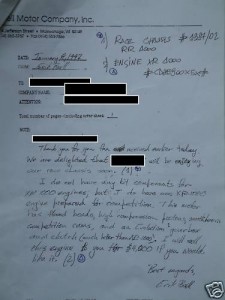 Supposedly there are 50, or so, of these running around the world and due to collectors eating these up early on–Gasp!–the majority of the bikes were never raced.  The chassis that is featured here has, as the seller claims, been run in the 1985/86 AMA Battle of the Twins events and a Battle of the Twins event in Italy.  To know the entire history of this bike, we must go to the seller:

This bike was purchased as a kit of parts directly from Erik Buell in 1992 (less wheels, forks and brakes) by an Italian collector who then built the bike to it’s current specification in 1993. The bike was then raced in the italian BOT (Battle of the Twins) of that year under the CR&S banner.

The chassis varies slightly from the production RR1000 chassis and is described by Erik Buell as a “lightweight version which is better for racing”. This chassis and other parts were used by Buell Racing in 1986 as part of the “works” supported race effort.

This bike is top spec inside and out built with Brembo billet brakes and race discs, Ohlins suspension; front forks are GP type and rear shock was built for Buell and the wheels are Technomagnesio. The Engine, primary and gearbox were completely overhauled in 2002 receiving new pistons, titanium valves, race springs, rods, all bearings and crank rebuild. Cams are Storz and the heads are fully gas followed and twin plugged. Carbs are 42mm flatside Mikuni’s. Exhaust is Buell works. The bike has done very little work since but has been maintained regardless.

This bike seems be made up of some very real factory parts with a very real race history.  The seller claims to have, and shows, the documentation of this bike’s history.  Recently, everyone seems to have become sentimental to anything with a Buell badge–except perhaps a blast–because of the recent demise of Buell.  The sale of this bike seems to coincide perfectly with this rose-colored rush to remember the good times before H-D brought everything to a halt.  This bike is all the money at $155,000; however, it is one of the first Buells and actually carries an AMA season and European race history.  This bike is very rare no matter what your thoughts of Buell as a company are; What will reassure that this bike stays insanely valuable will be a large number of people feeling that this bike is very, very special–I don’t think this should be a problem.  See a fantastic write up by Dave Gess here.  See the RR1000 on eBay .