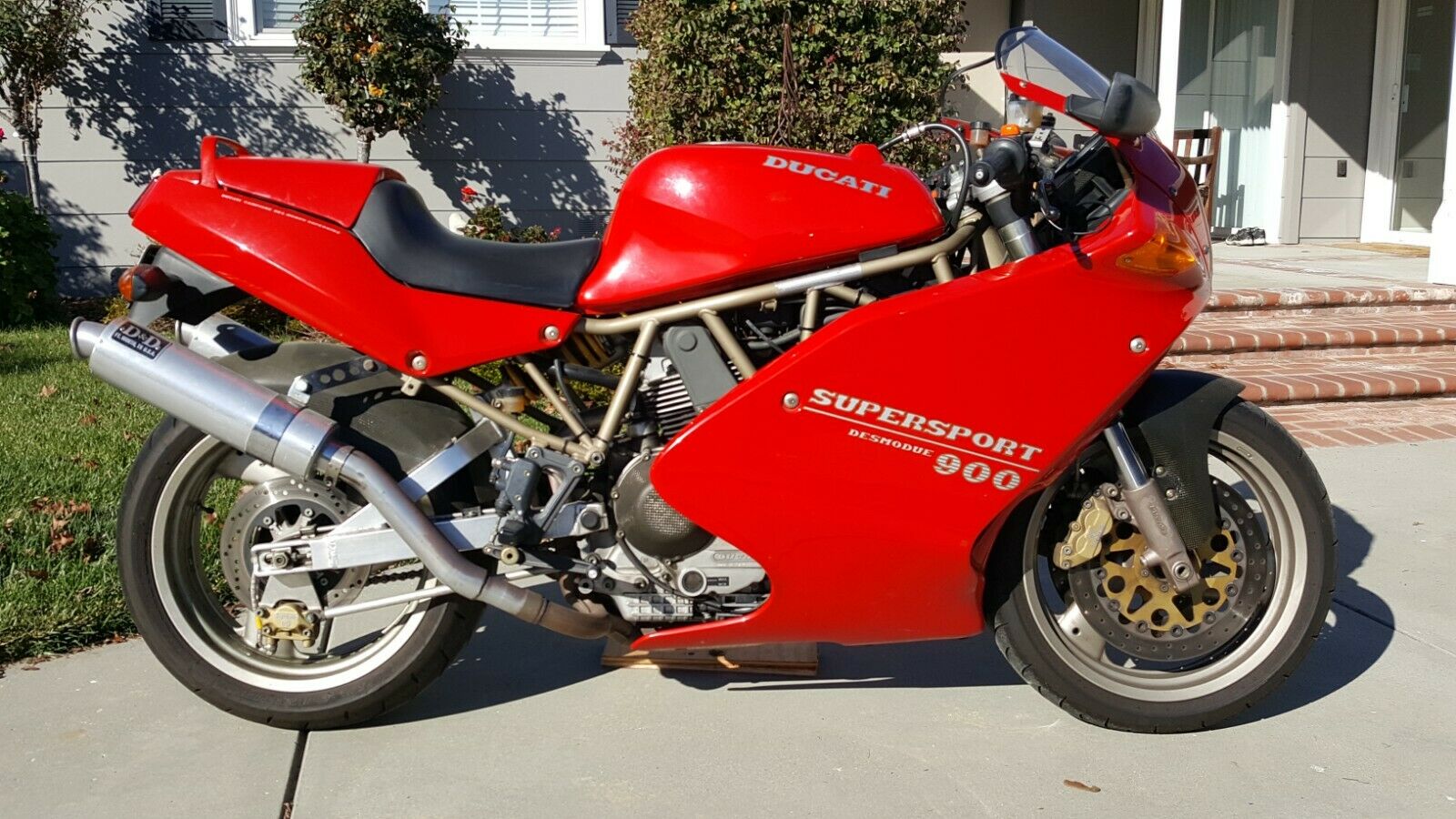 OK – so what we have here is no Superlight (reference Doug’s earlier post HERE). But in nearly all respects – other than not being yellow, not being a solo tail section, and not having those nifty, crack-prone Superlight modular wheels – this is the same. Maybe even better. 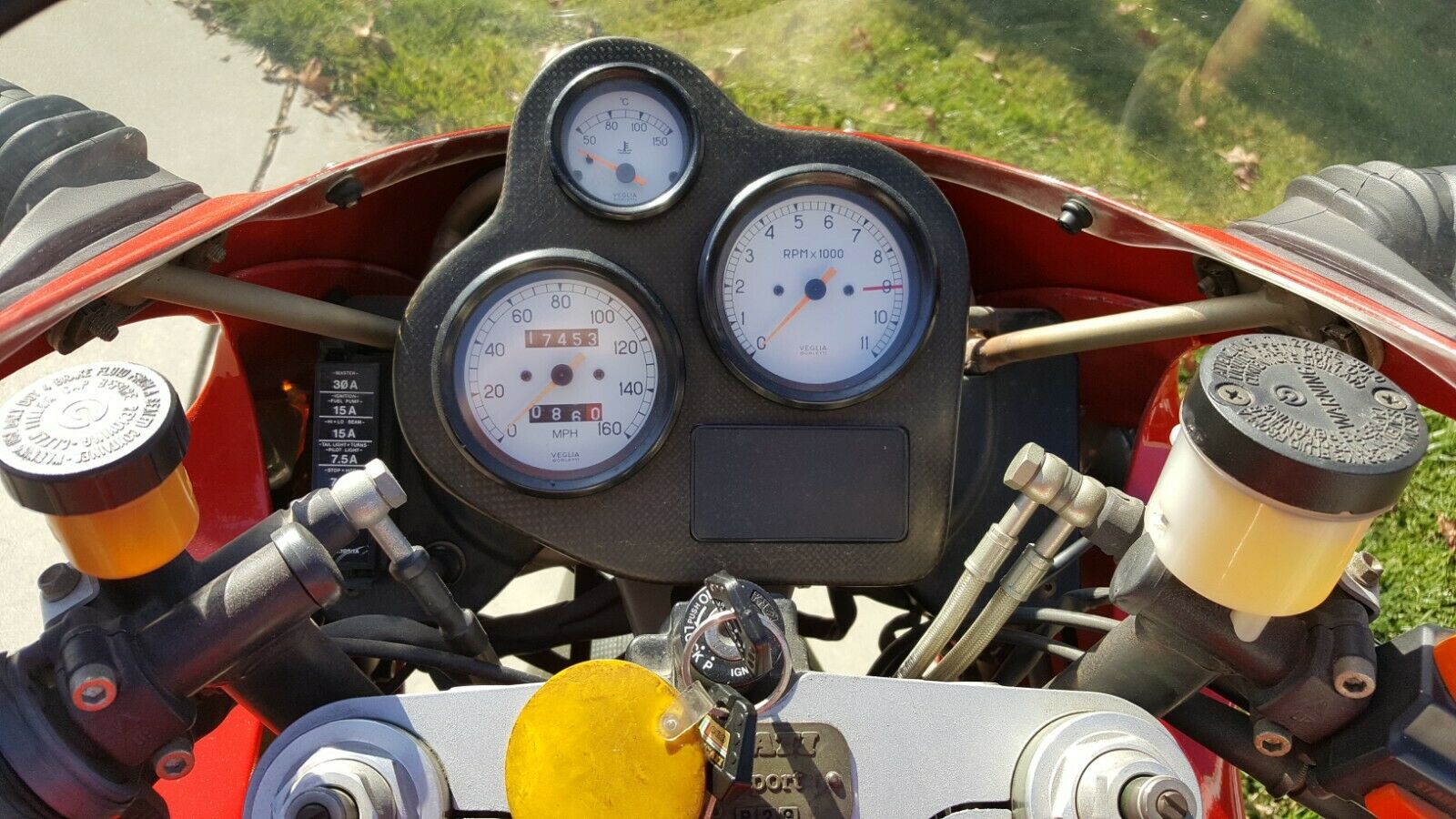 By 1995, the Ducati Super Spoort line was in need of a refresher. Ducati pulled out a 1-2 punch and introduced the ultra-affordable (for a Ducati) 900 SS/CR, and then immediately made the have-nots drool with the more expensive 900 SS / SP. The SP was really what the Superlight had been – an upscale, serial number-plated exclusive version of the base ride. Differences are few, but relatively substantial. Suspension goes from adequate to multi-adjustable – with the biggest upgrade to the Showa fork up front. Out back, the SP model gets a different swing arm (aluminum vs steel) that can accommodate a wider rear tire. A carbon front mud guard was standard, as was the rear mud guard and a carbon clutch cover. Engine, brakes, electrics, bronze colored frame and most everything else remains the same as the CR model. But the refinement – and the bragging rights – are right there in the “this is really a two seater Superlight” spec designation. 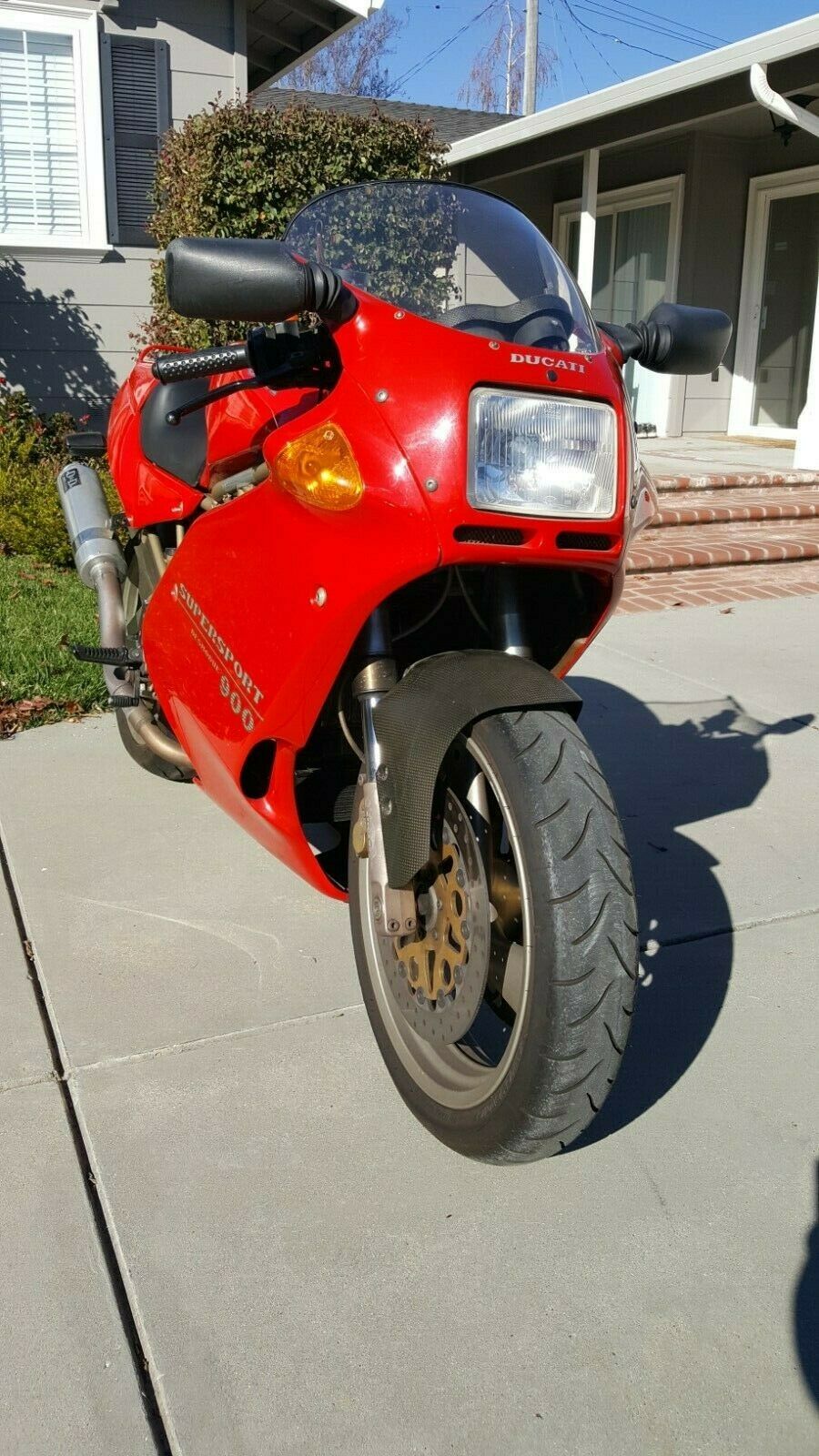 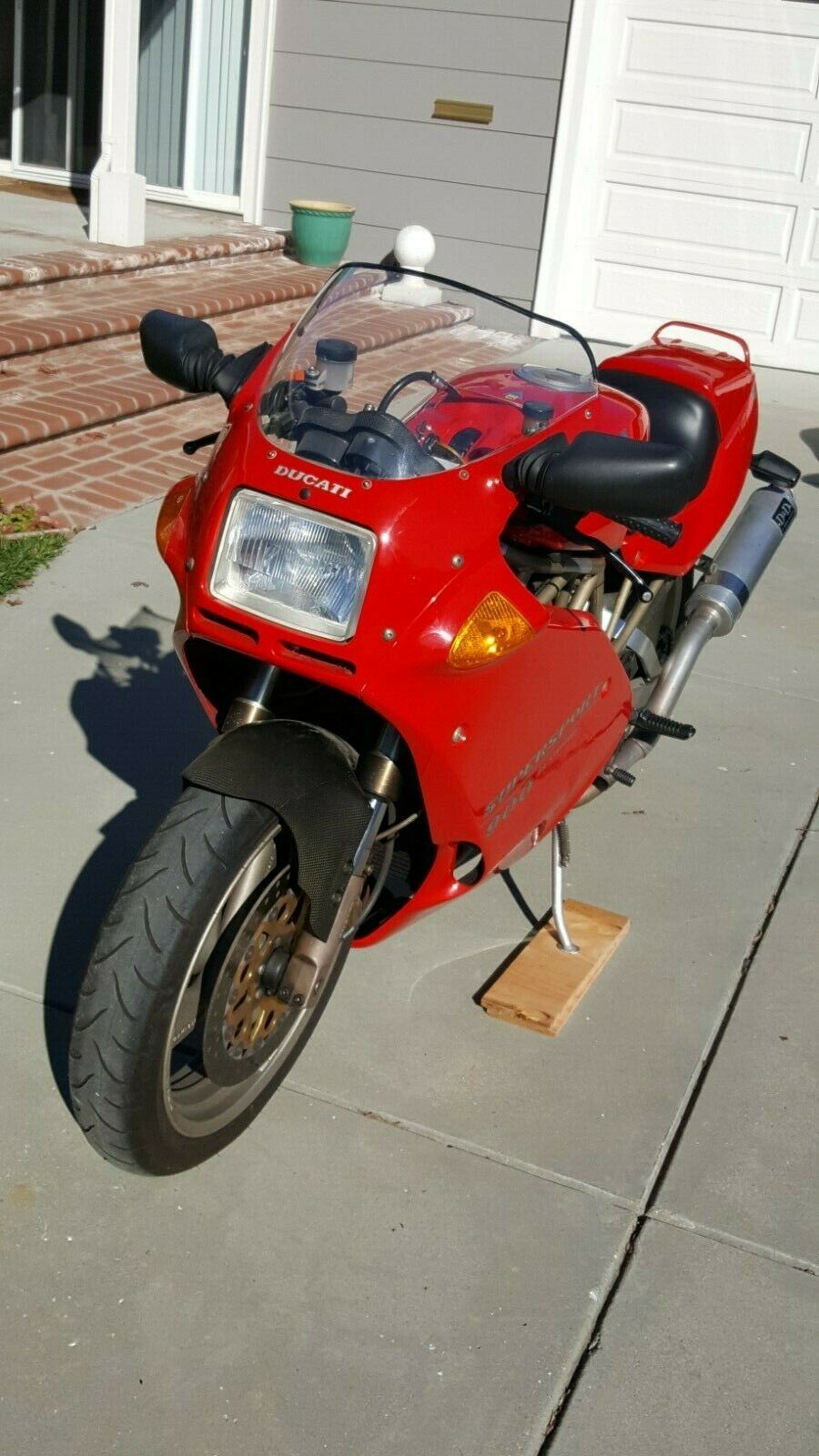 So is the 900 SS/SP really the same as a Superlight? No. It’s actually better. Whereas the aforementioned Superlight has a Buy It Now of $11,700, this pretty little 900 SS/SP – which has slightly higher miles but devoid of silly go-fast stickers – is currently sitting at only $3,450 with a couple of days to go. It is unlikely to top out above the Superlight asking price, making it the best of both worlds: numbered, rare, sought after and unique, while capable of riding two up (if that helps convince the missus) AND it’s cheaper. Score! Check out all of the details here, and Good Luck!! 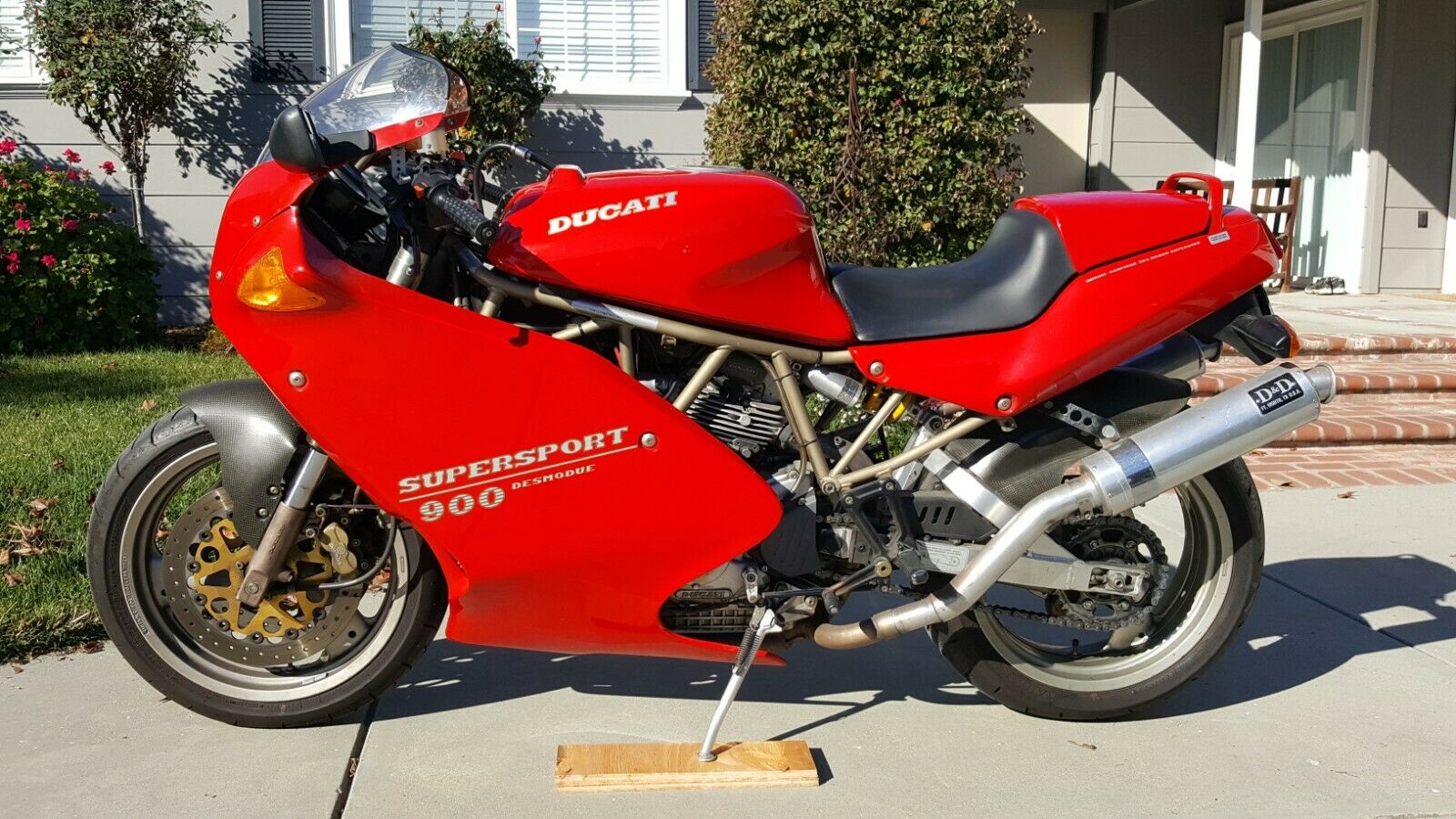 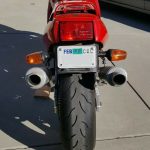 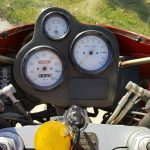 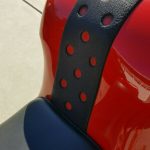 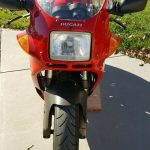 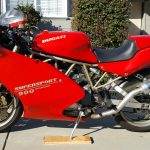 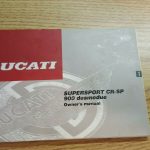 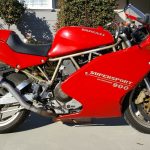 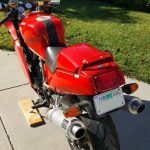