A very nice looking RC45 has become available in Ohio!  Located in Canton, Ohio is a 1994 Honda RVF750R with less than 2,000 original miles.  The seller states that this bike has been meticulously maintained and is in perfect condition.  The seller states that this bike is number nineteen of the fifty RC45’s that were imported into the U.S to satisfy AMA requirements.  The bike has been fitted with a titanium full exhaust system by Yoshimura (A rare piece in and of itself), Zero Gravity windscreen, and a K&N air filter.  The seller states that “The PGMFi has also been wired to top secret HRC specs.”  I suspect this is a reference to the ECU that originally limited the power output to 85hp but could reach 148hp with serious HRC components–I doubt this bike has that much power but it would be curious to know what “top secret” things have been done to it.  Phil posted a UK RC45 with zero miles that was listed for $39,000, making this bikes price of $35,000 agreeable as it is actually in the U.S., has less than 2k miles, and is fitted with the titanium Yosh system.  The original MSRP for these bikes was $27,000.  The RC45 was the first production Honda to feature USD forks and is fitted with the sixteen inch front wheel that Honda preferred during the 1990s.  As with the majority of the bikes we post on RSBFS, this is one that I’d be happy to own.  See the bike on Craigslist here. 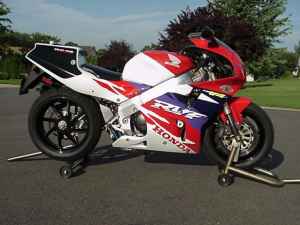 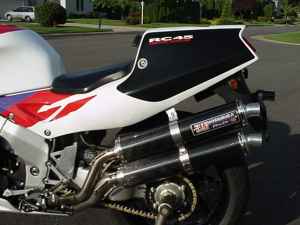 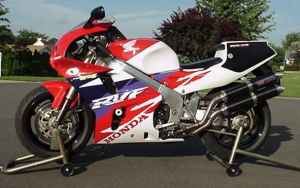 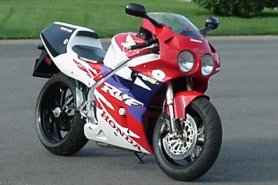