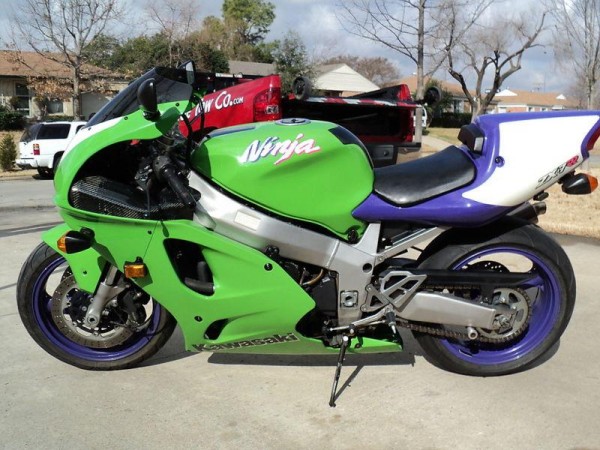 In case you missed buying the recent ZX7RR posted, here’s your second chance. This ZX7RR is in Irving, TX and it has a lot more miles than the recent Ninja posted from California. Since we have 2 identical bikes posted so closely chronologically, I would like to play a little compare and contrast between the two, but more on that later. 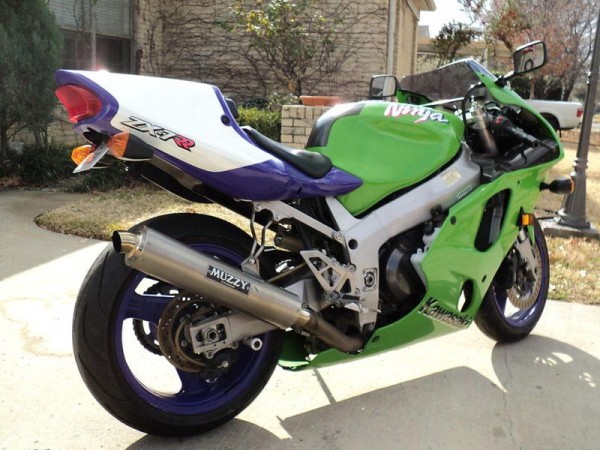 The bike itself was towards the end of the limited edition homologation trend here in the U.S., and the ZX7RR model has racing significance as Doug Chandler won the AMA Superbike championship in 1996 on one. It’s funny how our standards have changed in that 120 HP and a 441 LB dry weight do not sound very impressive these days, but back in ’96 this bike was a ripper. The listing from the seller:

Up for bid is a clean running ZX7RR Homologation special.

A family member passed away, and this bike was found in his garage.

We brought her home and cleaned her up and did some basic service.

Runs good, may need further tweaking (she IS a race inspired bike) 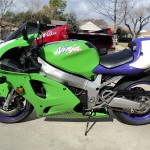 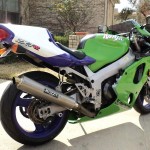 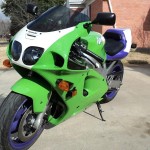 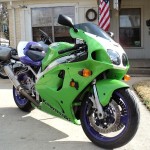 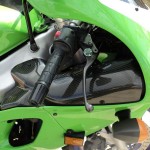 The 7RR from last week had low pro clear front turn signals, an integrated rear brake light & turn signals, the numbered plaque on the tank and the Ninja Turtle reservoir wrap – all of which I like. Oddly enough, I like the carbon air intake covers on this one. I am somewhat guarded about the ominous quote from the seller “runs good, may need further tweaking.” The Cali bike had about ¼ the amount of miles, all of the stock parts and was selling for $8,500.00. If you missed that 7RR from last week, here’s your chance – .