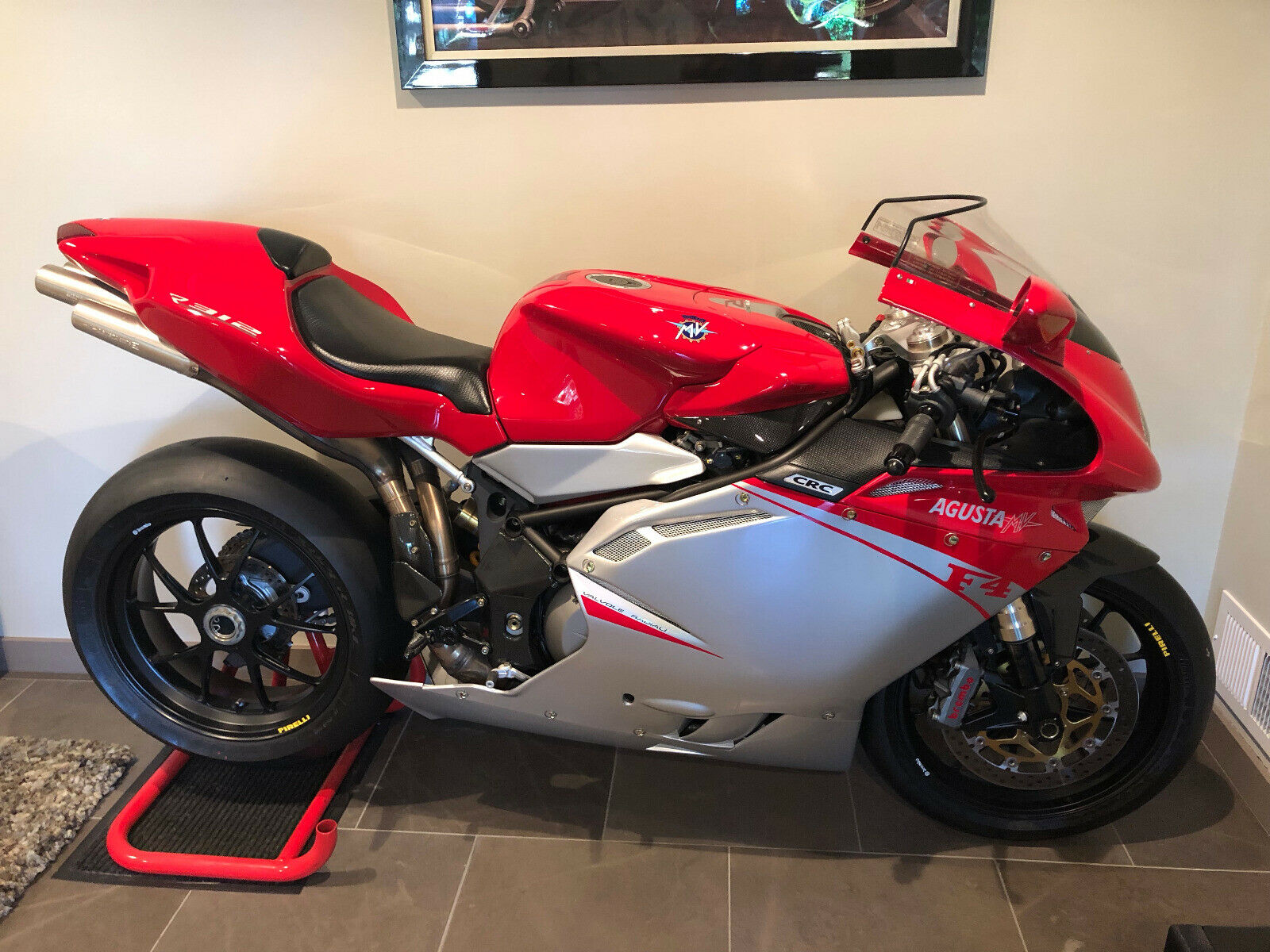 It seems like we are seeing quite a few newer generation MV Agusta models crossing the block as of late. This sets up an interesting study of values and comparisons. It also highlights the feast/famine nature of the rare sport bike segment. The market is currently flooded with a variety of F4 machines, so if you are interested in an example from the storied MV Agusta brand you have a good opportunity to find a clean, low mileage bike across a number of price ranges – such as this 2008 MV Agusta F4 312R. 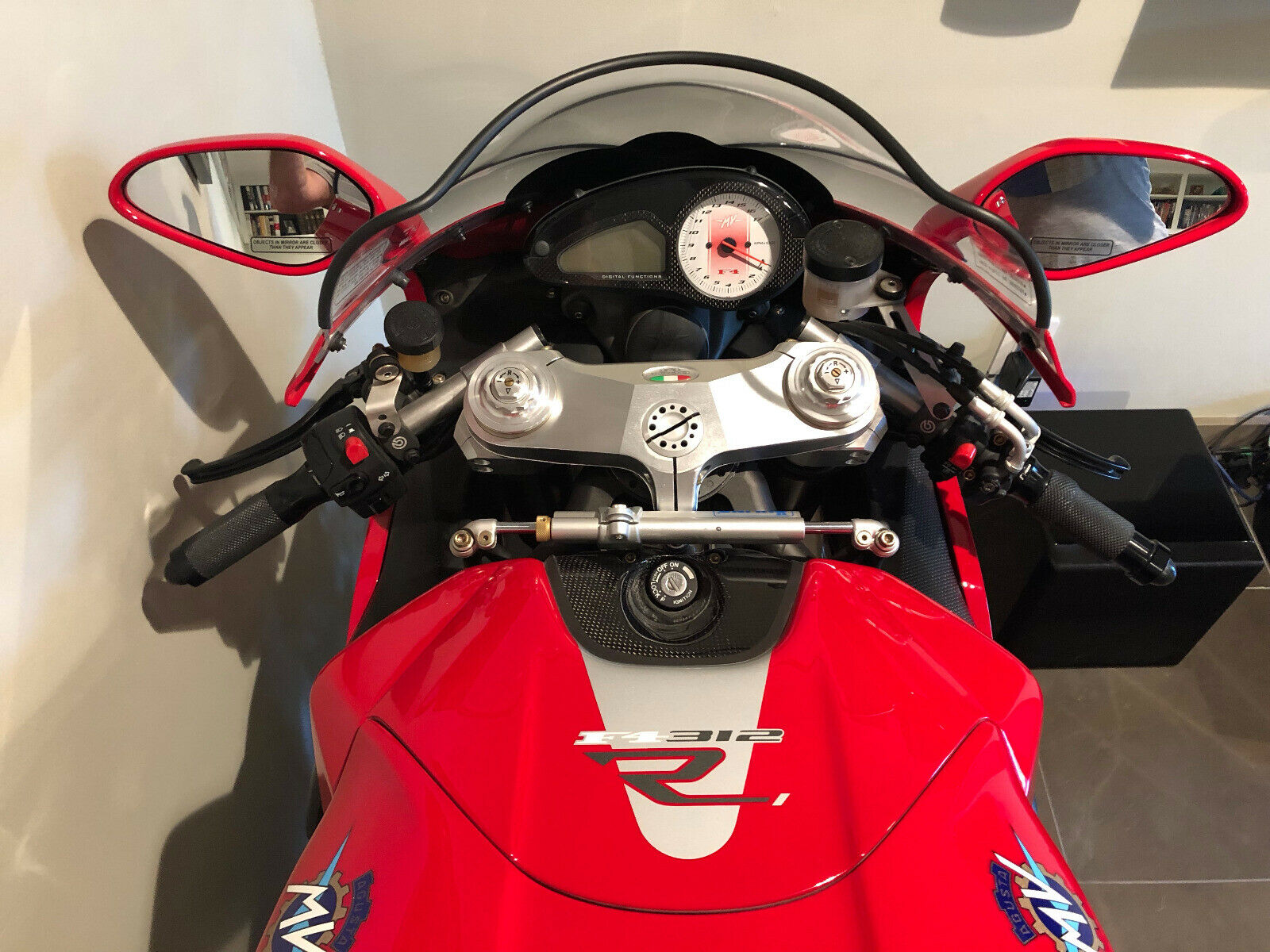 The F4 1000 lineup – comprising several different models – essentially all share the same engine configuration and primary chassis. That is a seriously stout foundation for any bike, as seen in the 166 HP base model F4 S. But the 312R is more. Much more, in fact. The 312R is two performance steps above the base S model, given that it is built upon the F4 R – which itself has a bump in HP to 174, and improved brakes and suspension. Take that F4 R, add another 9 ponies and special graphics, and you come to the 312R. Named after the bike’s target top speed of 312 kph (approximately 190 mph), the original 1000cc 312R was a limited edition offering. Today its performance is eclipsed by several more modern bikes – and it may get lost in all of the “Limited Edition this and Limited Edition that” MV Agusta noise, but is still a beautiful and respectable powerhouse with some real cachet. 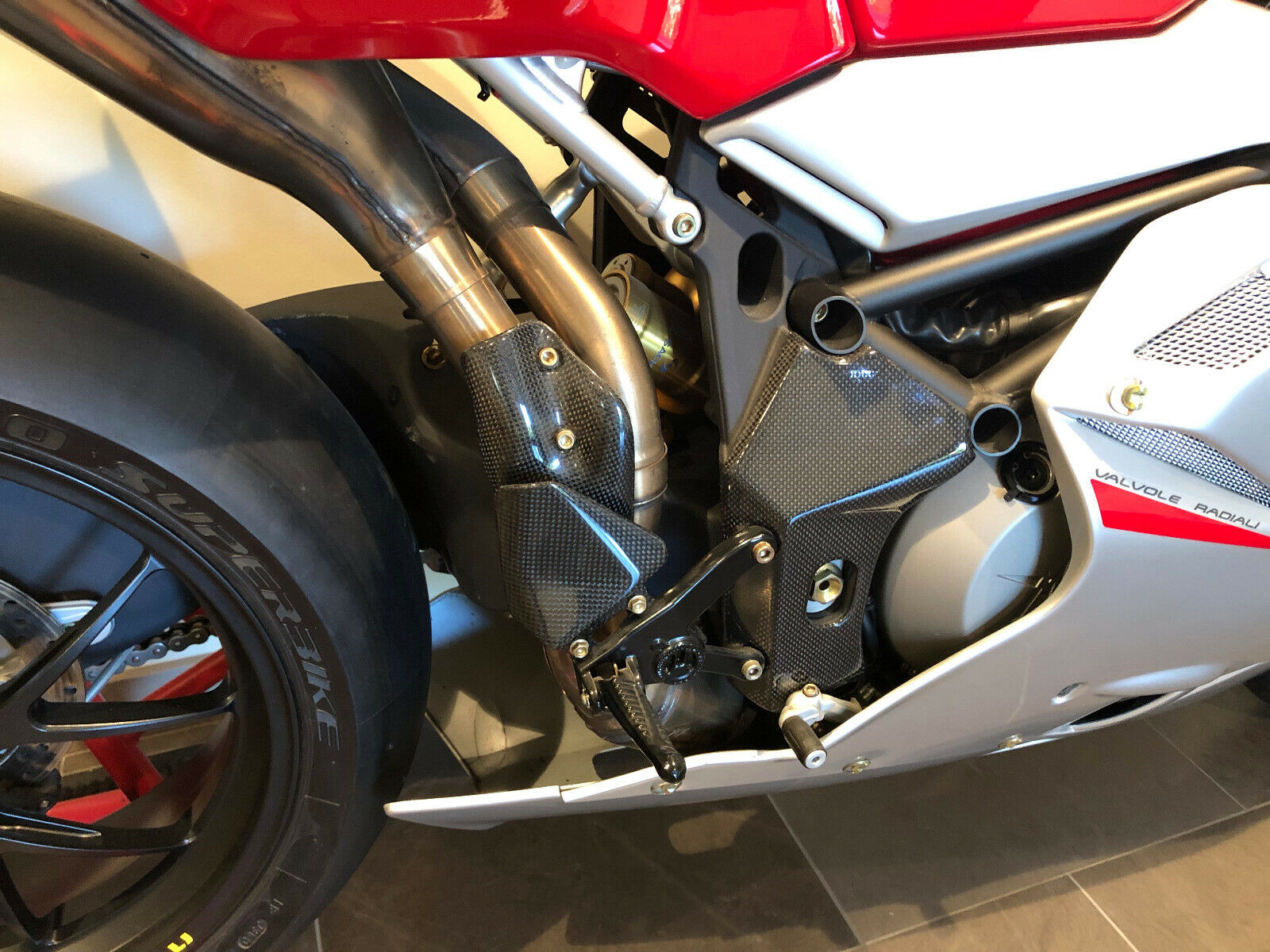 From the seller:
Time to sell my beautiful 2008 MV Agusta F4 312R. Second owner. I bought this MV to use as a piece of ‘art’ in my man cave. I have never ridden it. The bike has never been down. The original owner rode it for a year, then displayed it in his house until my purchase in 2016. I am moving into a smaller house and will not have the space to show the bike, hence the reason for its sale. It has 2881 miles on the odometer. All fluids, except the brake and clutch, were drained in preparation for display. The battery was also removed. The prior owner upgraded the front Brembo calipers to a better spec Brembo caliper, he also upgraded the Brembo brake and clutch levers, added Rizoma grips and swapped the plastic trim pieces for OEM MV Agusta carbon fiber ones. The bike comes with all the goodies supplied by MV for the 312 owner, including the bike cover, tool kit and owner’s manual. 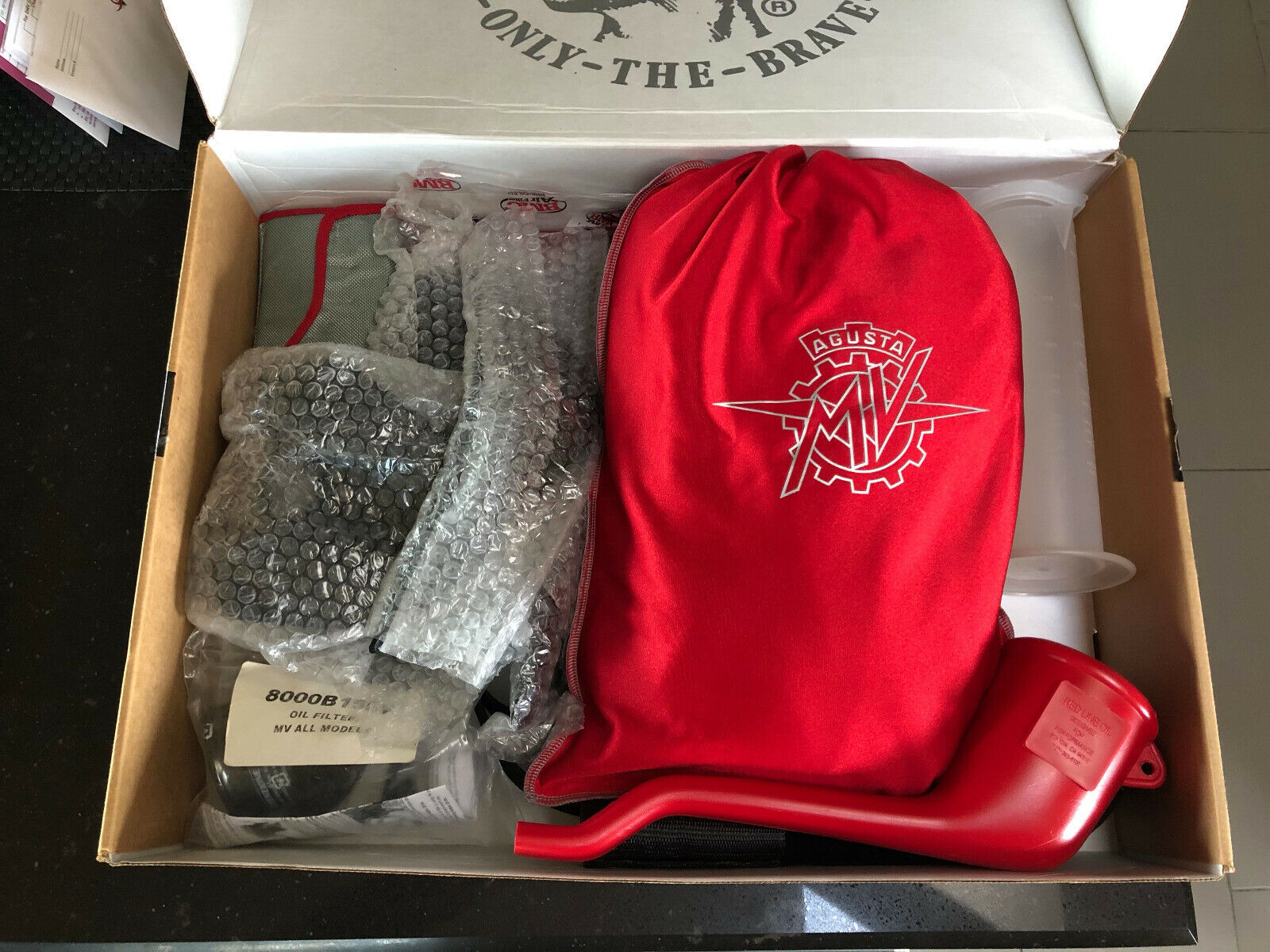 Created by the father of both Bimota and the Ducati 916 (and 996/998), it is hard to call the F4 anything other than gorgeous. The seller obviously thinks so, as this bike has adorned his man cave since purchased and has not turned a wheel since. I can’t tell if Count Giovanni Agusta – original founder of MV Agusta way back in 1923 – would be rolling in his grave, or proud that his humble motorcycles have transcended the plane of mere transportation. Either way, one cannot help but admit that a bike of this caliber would look stunning in any room of the house, provided that one’s spouse were on board with the concept. Prepped for the indoor motorcycle mannequin gig, this bike was drained of fluids and the battery has been removed. As a result, there are no “powered on” shots of the odometer – but the ad states the original owner put 2,881 miles on the bike before it was acquired by the seller. 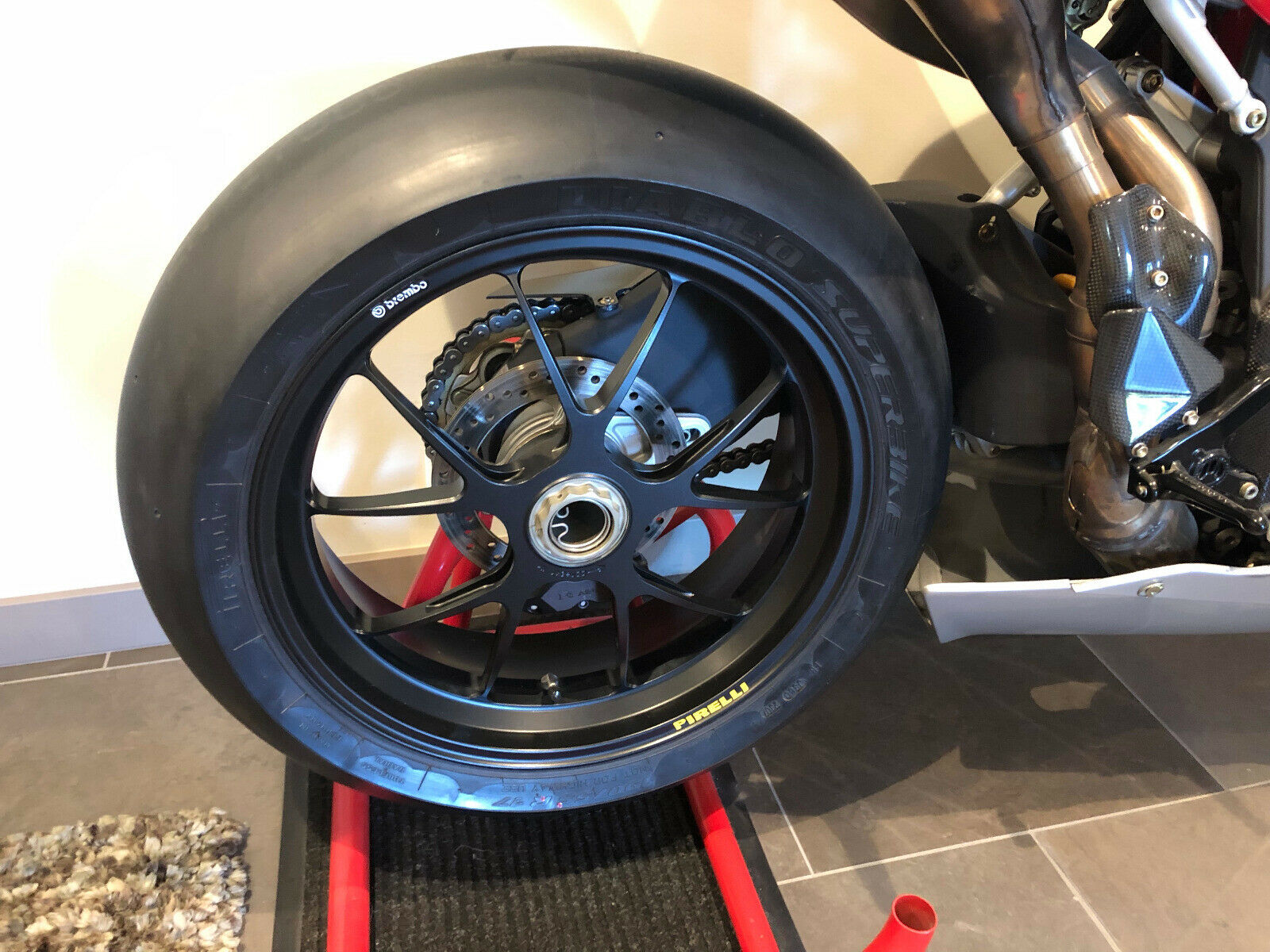 The 312R was a homologation machine in the US with a mere 150 units imported to meet AMA regs. And while I doubt that the first owner ran that slick for 2,800+ miles, it does wear racing rubber properly and proudly. This is a rare sub model of a relatively rare machine; MV Agusta did not produce many bikes in the early years of the comeback, and they all carried a premium over peer bikes of the time. Thus, even a base F4 is a sight not often seen, and the other LE models even less so. The 312R is probably not the most rare – nor the most pricey – but stands out as one of the rarer examples of the MV Agusta offering set. That has not helped it out much at the checkout stand as of late; this beautiful example is being offered for a relatively scant $12,500. That is right in the money for other 312R models on the market, but well below the original MSRP. That could be a good thing, as predictive analytics indicate that the bike could be reaching the bottom of the curve. Nearly all bikes that are collector status today were available for less $$ at some point in their lives; nearly everything goes through a dip. The 190 mph question is if this is such a bike. The 312R is rare enough, and this example is in clean enough condition to ride that wave should it develop. Check it out here, and then check your crystal ball. Good Luck!! 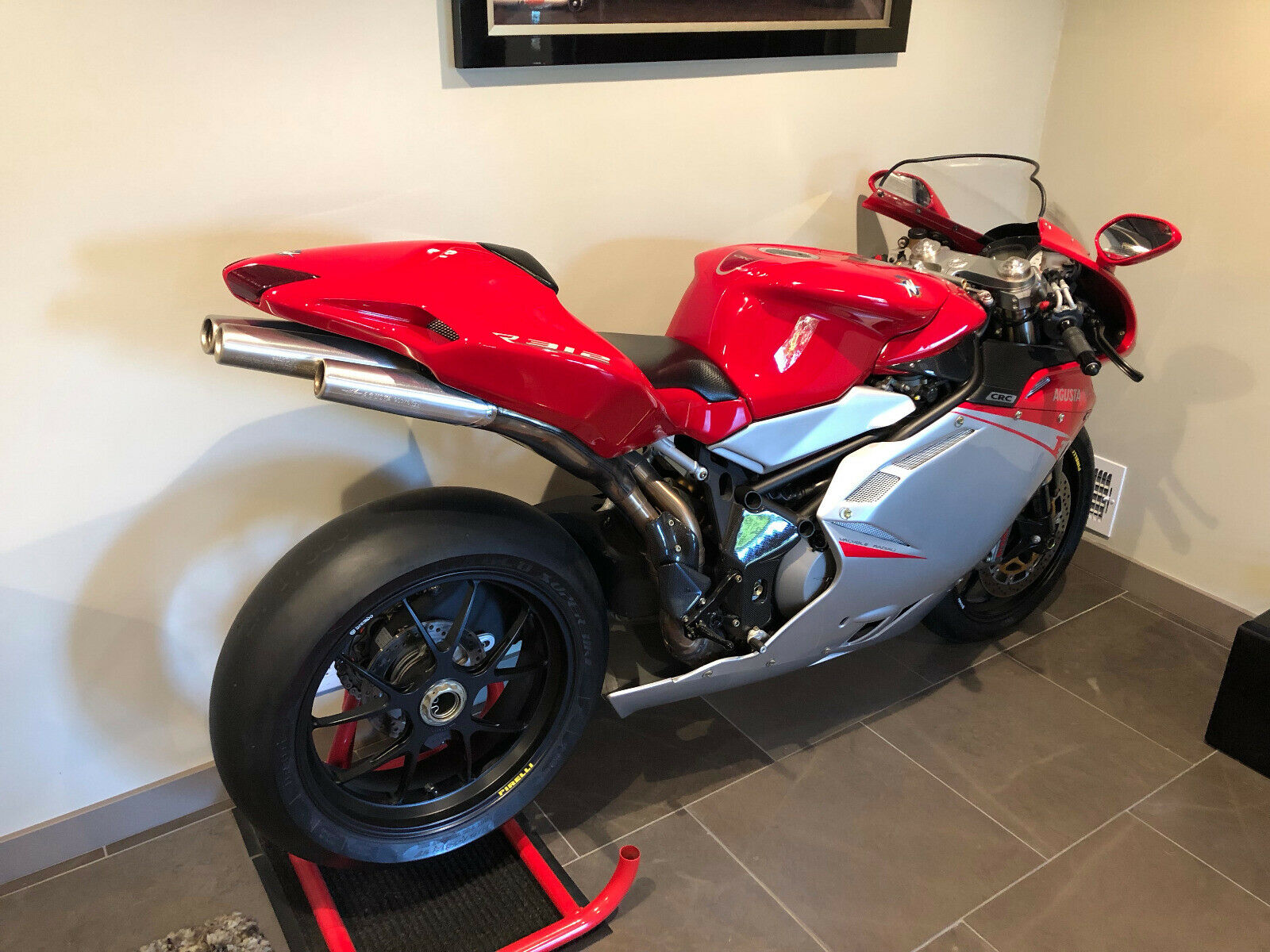