Aprilia brought the RSV Mille to the superbike segment in 1998, and while sales numbers weren’t high, it was their flagship, the dream bike of 50/125/250cc Aprilia riders the world over.  They pursued WSBK with the SP variant, and updated the fairing and narrowed the tank for 2001.  With 128 ponies on tap, and nice appointments like Öhlins dampers and factory slipper-clutch, it’s quite nice in stock form.  Blackout oughties graphics and Mickey ( thanks Tad ! ) are just a bonus. 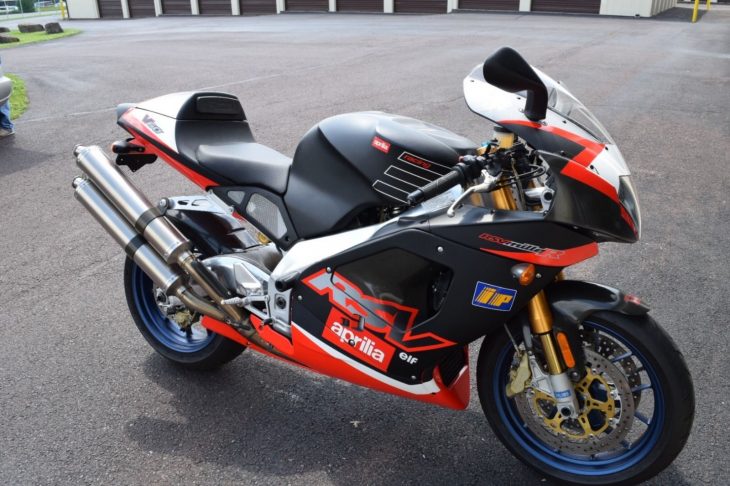 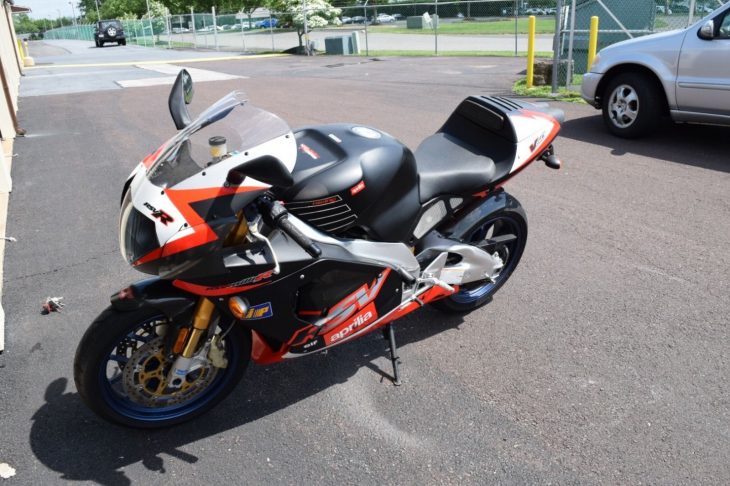 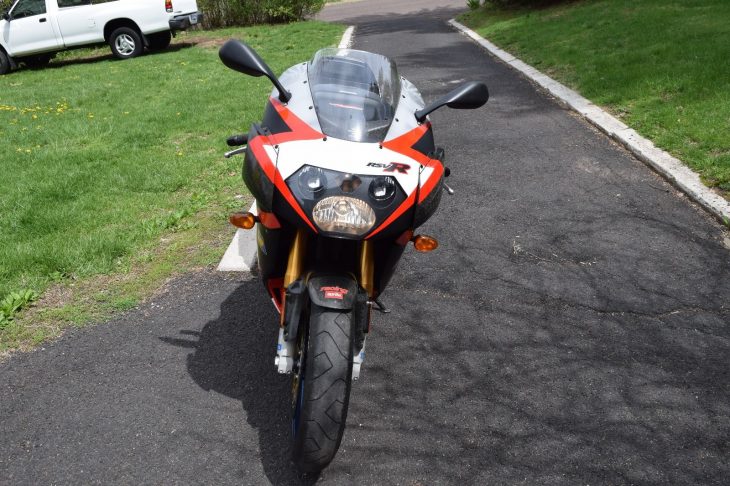 Based on the Rotax 60-degree V-twin with revised fuel injection mapping for 2001, the Mille accompanies its horsepower claim with 76 ft.-lbs. torque.  Mostly hidden like the engine, the perimeter frame is also seriously beefy, fabricated of stampings and castings with similarly gorgeous swingarm.  Chassis is completed by 43mm Öhlins forks and their monoshock.  Brakes are Brembo Gold, dual 320mm fronts with 4-piston calipers, and 220mm rear. 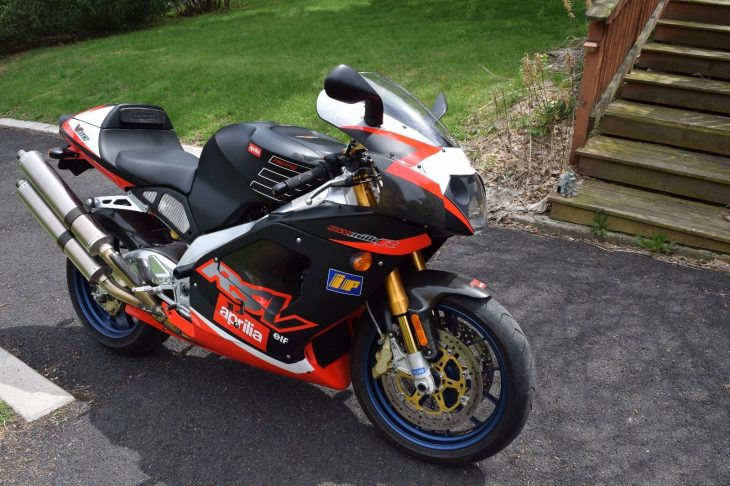 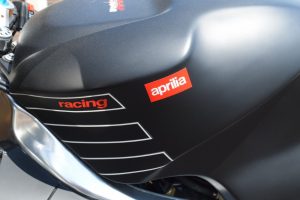 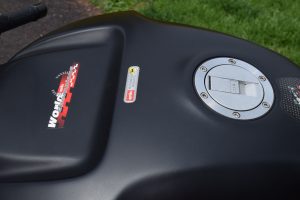 Pretty good pictures but not much commentary in the eBay auction:

This bike is in very good condition.  It has one chip on the paint that is shown in the pictures.  Serviced with all new injectors.  Very Low Mileage. 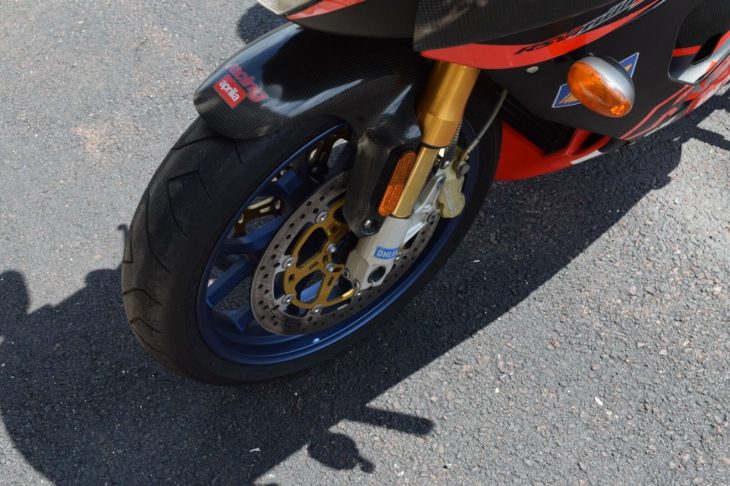 After all this RSV has barely break-in miles.  The factory 2-into-1 exhaust has been updated to a 2-1-2 system, with the no-great loss of the passenger pegs.  The ding on the seat fairing would be an easy fix for any paint shop.  Probably have to be thinking new rubber if you were really going to ride it somewhere, but the powertrain maintenance has been done. 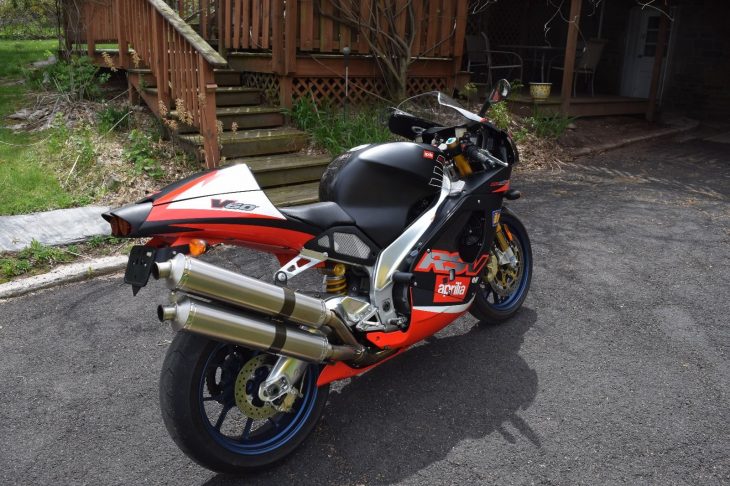 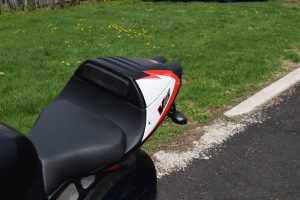 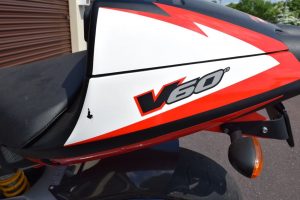 Aprilia’s brochure for the 2001 has a long list of upgrades – the bodywork had many improvements, the vacuum-actuated slipper clutch operation was made progressive, along with minor changes to the intake internals and frame geometry.  In many cases improvements made to the R-model were brought over to the base RSV.  The black/white/red graphics are sporty but the flat finish tones it down a bit.  A good year for the RSV Mille, an almost unused example, and there’s a lot of interest in the auction with 3-1/2 days to go…