Almost ten years after developing their RG Γ 500 Moto GP bike, Suzuki introduced the road-going version, and even with required street equipment the performance was beyond the norms.  Like this one, many were imported on the left coast, but not all have had such careful stewardship over the years. 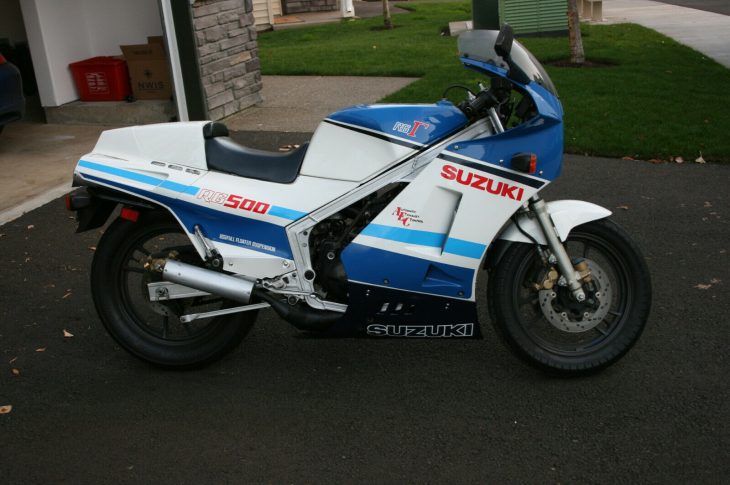 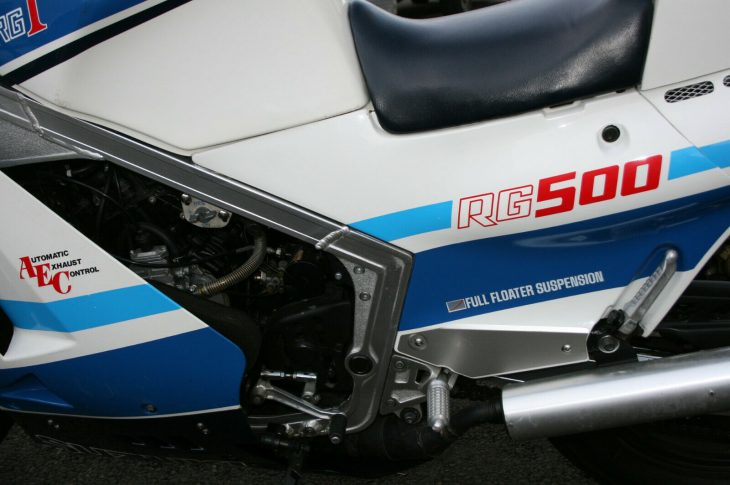 The Gamma shared engine dimensions with the race machine, but had a shock damper between the twin crankshafts and the clutch, and claimed “just” 95 hp ( racers were estimated at 120 hp ).  A factory cassette gearbox is fitted, allowing at least a theoretical quick change of ratios.  Two strokes of the time used moving exhaust ports to stretch the power band down to 5,000 rpm, and the RG’s are controlled by the Suzuki Automatic Exhaust Control system, in concert with the ignition.  Anti-dive forks and Full Floater monoshock took care of the staggered 16-inch front and 17-inch rear wheels. 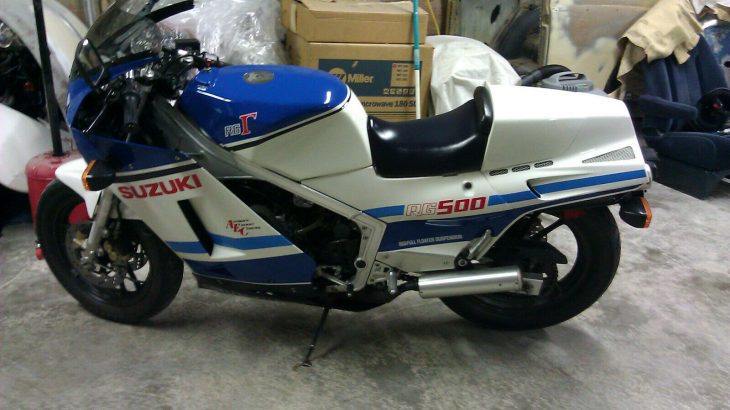 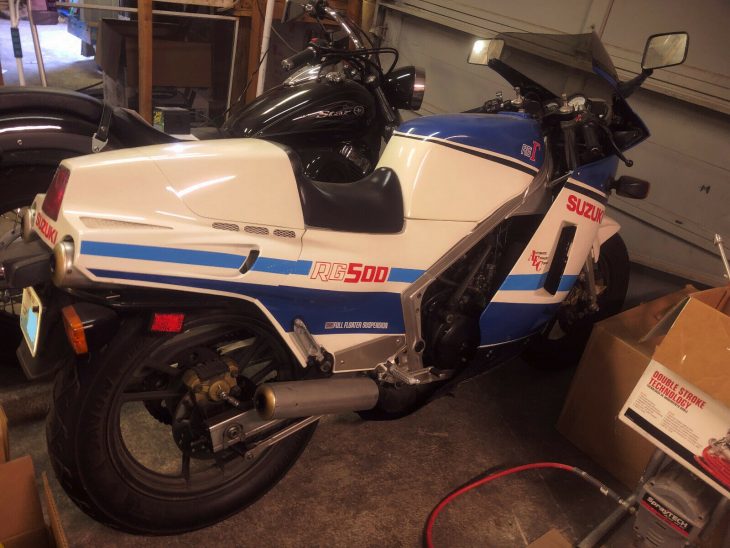 With just enough photos to wet a buyer’s whistle, the owner can expect a message and visit from any really interested party.  Still this RG looks very stock and undamaged, with mostly nice finishes left on the alloys and paint.  Hyperbolic comments and specs ( reviewed top speed 147 mph, wet weight 386 lbs. ) from the eBay auction:

Street legal MOTO GP bike from the 2 stroke good old days!!  Legally registered in the state of Washington (now with collector plate) and was registered in Oregon.  BONE STOCK with just less than 19,667 kilometers on the speed-o (12,220 miles).  This is a 200 MPH insane 250 lbs. Rocket!!  that I just can’t seem to open up in my area of WA (too many cops).  So my baby just sits in a heated garage/shop.  Bike has ALWAYS been in a garage, and never used in bad weather!!  My loss your gain – first $37,500 gets it!!  Also comes with some extra parts to update it, if you so desire. Katana wheels, modern swing-arm, passenger seat, extra forks, NEW euro front turn signals, shop manual, and some other bits and bobs. 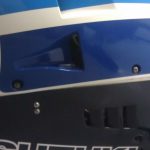 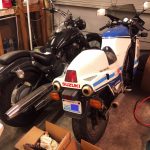 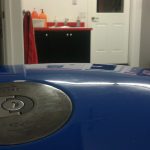 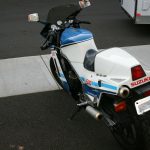 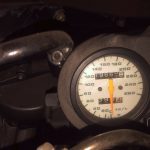 The RG500 had a limited market, was expensive to put together, and up against the new GSX-R’s – so in hindsight its green/white/checker run was no surprise.  In contrast, the racing RG and subsequent RGV-500 had a ten year run on the circuit.  Total production was under 10,000 units, but its only North American import was north of the border, so it’s a rare sighting here.  More study is required at this sort of ante, but the owner seems open to offers.