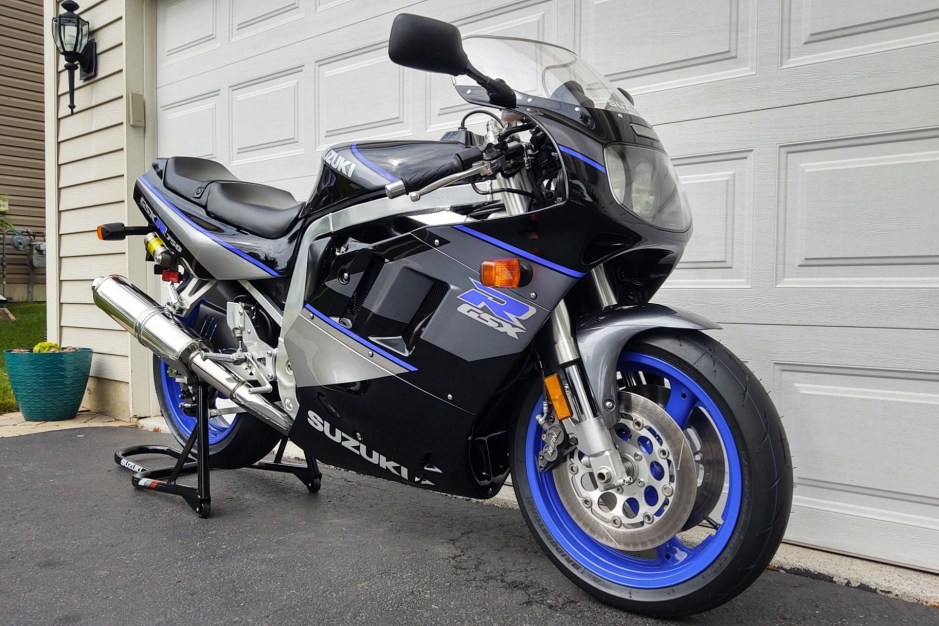 Most of the 90s Suzuki’s are synonymous with the iconic blue and white color schemes but up for auction on BaT today is an absolutely mint “Burple” GSXR-750.

Ever since Suzuki debuted the GSXR750 in 1985, improvements and changes were constantly coming to keep the bike competitive. While they weren’t always at the front of the pack in terms of weight or power, the 750 has clearly done enough in it’s time to draw eyes and slash bank values. 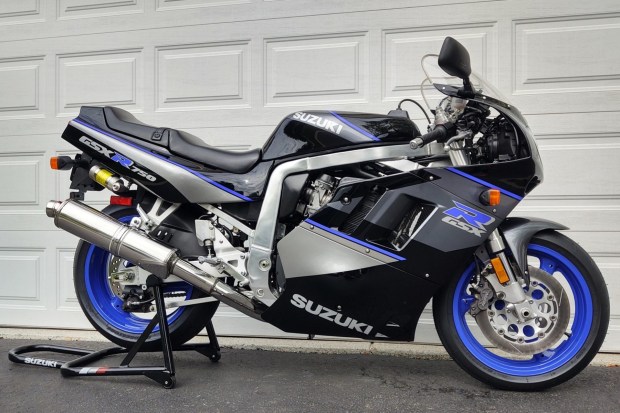 The 1991 model year stood out from prior GSXR-750s as it came with many aesthetic changes. The double headlights were covered for aero and the tail section and rear headlights were also reworked. The bike did gain a bit of weight over the prior model years and that trend continued with the addition of liquid cooling in later years. 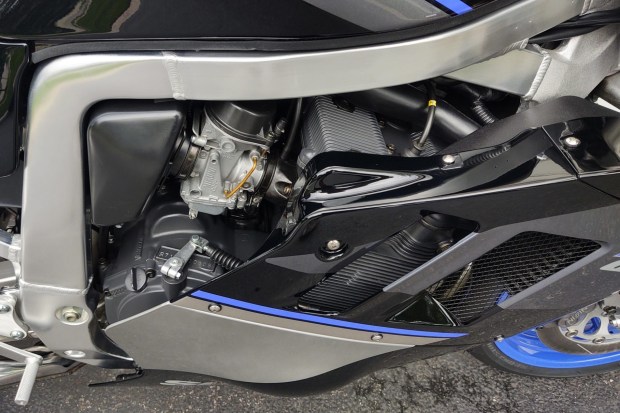 1991 was a unique model year not only because it brought many aesthetic changes, but also because it was the last year of the air-oil cooled engine. If you look closely, you can see the oil-cooler in place of the radiator. Interesting story about GSXRs: a housemate of mine used to race a liquid cooled GSXR750 and the water pump went out during a 4 hour endurance race. The jugs were glowing orange by the time they noticed anything and when they took the motor apart they were surprised to see that everything still looked great! Apparently, the oil-cooling system, also known as Suzuki Advanced Cooling System, remained in bikes up until 2006. 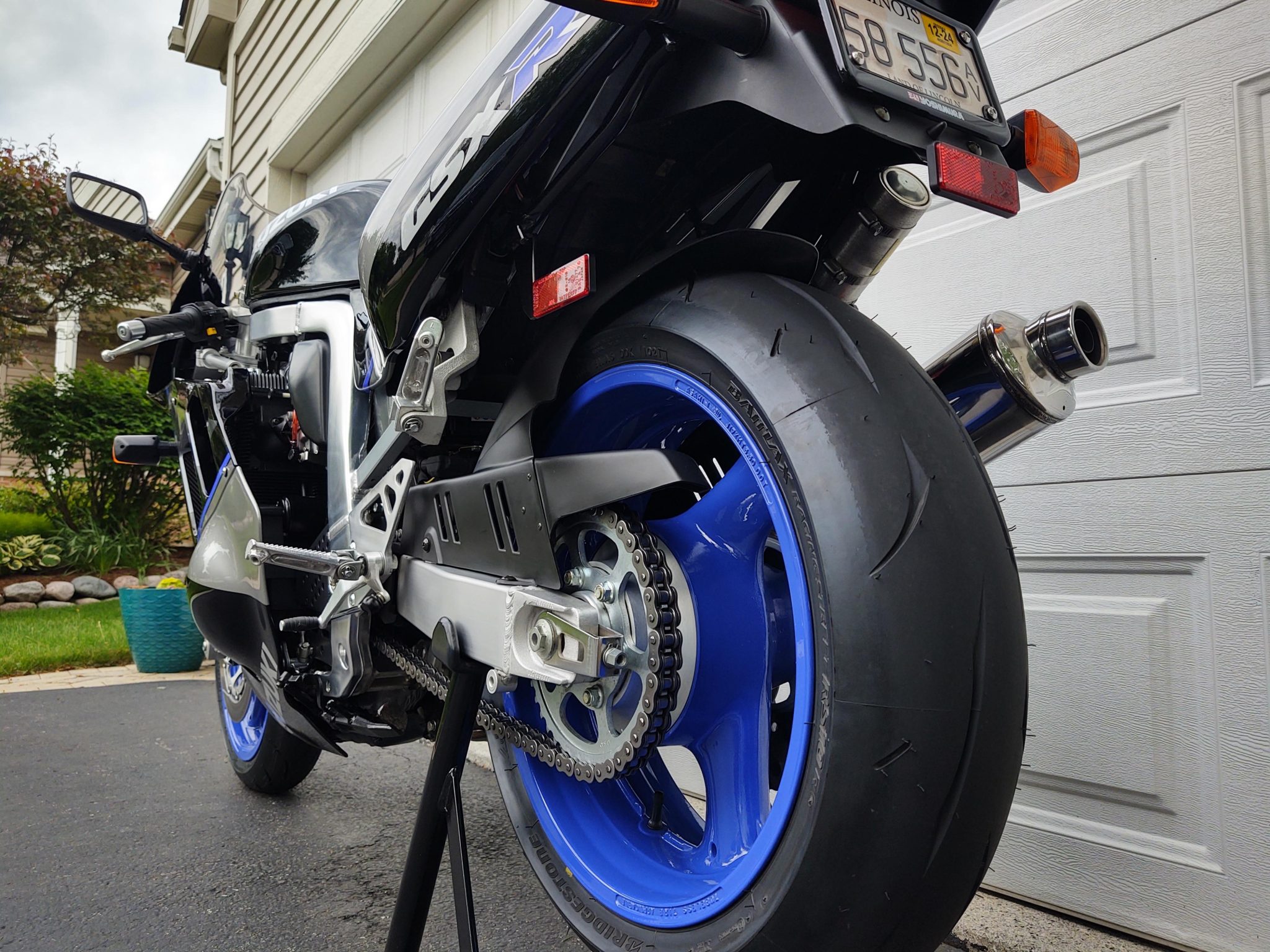 A spare set of wheels have been fitted to this bike with new tires. The original tires mounted on the original rims are included with the sale! If you fancy some spares for peace of mind, you can check out this motor/frame on Ebay. Never hurts to refinish and store away to sell with the bike in the future!

“The bike was originally sold by Metropolitan Honda-Yamaha-Suzuki of South St. Paul, Minnesota, and it is said to have remained with its first owner until it was acquired by the seller in October 2021. Work performed in May 2022 reportedly included replacing the air filter, overhauling the four 38mm Mikuni carburetors, and installing a second set of wheels with replacement bearings and Bridgestone tires. This GSX-R750 is now offered at no reserve with manufacturer’s literature, two keys, a copy of the original sales invoice, a tool kit, a swingarm stand, the removed set of wheels and tires, copies of period magazines, removed service parts, and a clean Illinois title in the seller’s name.” 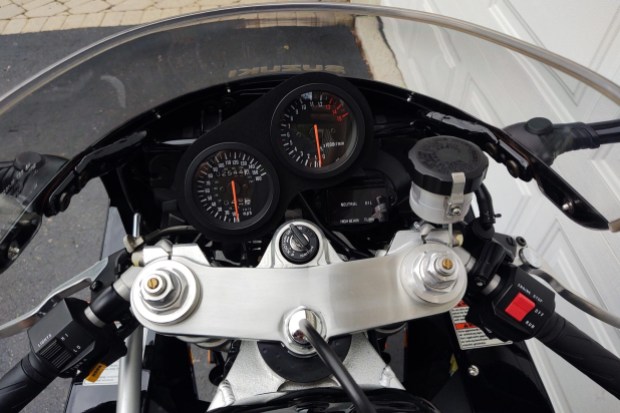 The 2,500 mile odometer, original papers, and original tires goes to show what the seller had in mind when he purchased this bike. Hopefully the future owners continue to preserve this example as it’s likely one of the cleaner 90s GSXRs out there.

Auction is no reserve and sitting at $5,000 with 3 bids. Still 3 days to go so it is fair to expect some action!