Yup, this one is for real and looks to be in real nice shape. The only down side to it is…well there are a few downsides. 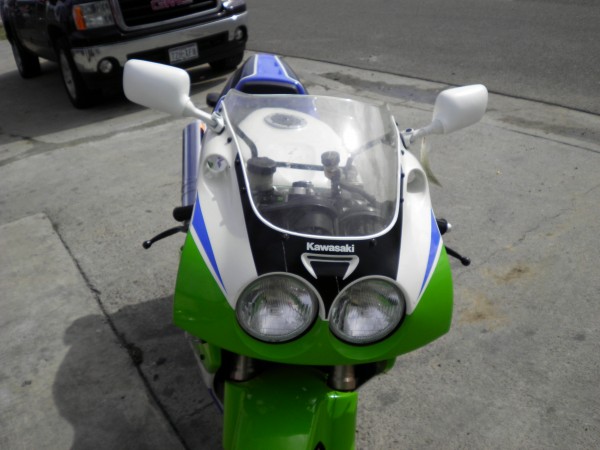 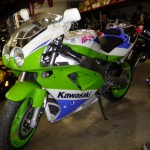 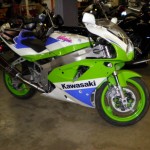 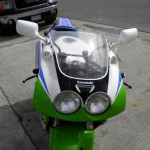 For those of you that may not know me or how much I loathe the Kawasaki Homologation Super Bikes these really do it for me. I had mine out Sunday and turned about 120 miles on it through the back roads of Indiana. Yes, it is a little quirky and can be temperamental with the flatslide carbs. And don’t forget how much of a pain it can be driving in traffic with the super tall first gear. But, putting all of that specialness aside; when you ride one of these it takes you back to the good old 90’s and how raw the bikes actually were. Oh, make no mistake because in 1992 this was cutting edge technology and K1’s would set you back about twice as much as a run of the mill ZX-7. That cutting edge technology consisted of FCR carbs, aluminum gas tank, a flimsy, thin fiberglass tail section, a close ratio six speed transmission and a slipper clutch. That’s right, a slipper clutch which isn’t widely known about the 7R’s. Everyone seems to know about the tank and tail section, but these were The Real Deal Holyfield!

The K1’s are a little down (cough) on power when compared to today’s bikes, but they are still a ton of fun to flog around. You can view all of the ZX-7R specs here.

Here’s a picture of mine sitting next to one of today’s Super Bikes. Did I mention these are collectible and sought after by many RSBFS followers? If you look closely at the pictures you’ll see exactly where the reserve is. I can tell you that it is under priced and in my unprofessional opinion- it is well under priced! If you were to offer me, my buddy Joe or any other ZX7R guy that price for our bikes…. well, let’s just say you would get a very robust laugh in your face.