Today’s particular Ducati find is a true international affair. Originally born in Bologna, Italy in 1989, this bike found a home elsewhere in Europe – Germany to be exact. For the next several years this 750 rumbled up and down the autobahn, no doubt embarrassing some of the Bayerische Motoren Werke boys in the process. This bike certainly would have turned some heads against the staid R80s and even K75 and K100s of the time, given its, uh, “distinct” livery. Exported out of Germany in 1995 and officially imported into the United States, this is a titled example of a model that really turned things around for Ducati. This was a bread-and-butter Pantah machine, which while not as performant compared to some of the Japanese machines of the time, pushed Ducati and the Desmo twin concept in all corners of the world. Sure, the Limited Edition models get all the glory but the base 750 Sport was the foundation of the whole deal and the face of Ducati worldwide. 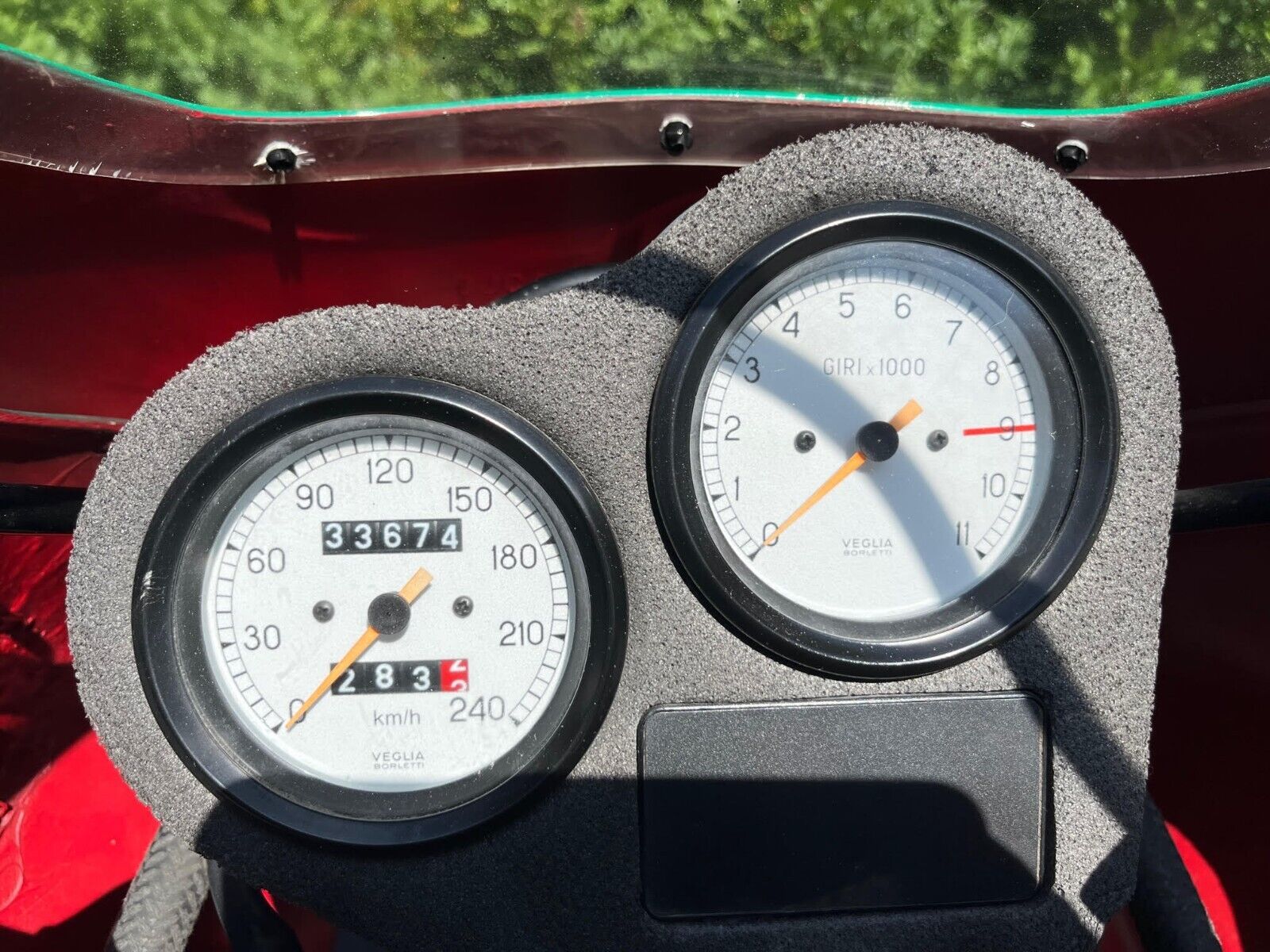 The 750 Sport is an evolutionary bike. Based on the Pantah motor which was introduced at the beginning of the decade as a 600cc, the configuration and basic design remained save for the bump in capacity. That meant quieter valve operation thanks to toothed rubber timing belts (hence, the Pantah is known as a “rubber band” motor), gained a longer maintenance window thanks to reduced valve lash requirements, yet retained the higher RPM capability enabled by Ducati’s myopic focus on desmodromic valve operation. This arrangement eliminates valve springs, and uses the cam and followers to not only open the valve, but also close it. The result is more precise valve operation at higher RPM, and elimination of the dreaded valve float. The rest of the 750 was pure Ducati – basic trellis frame, solid, narrow, relatively light, and free from most bells and whistles that might get in the way of a spirited ride. The Ducati 750 Sport was only in production between 1988 and 1991 and only bikes produced in 1990 models were imported to the USA. Since the bike is not as common in the USA, as in Australia and Europe, it created lots of attention and questions when I was riding it. The 750 Sport is a beautiful sports bike that has in my opinion one of the best sounds Ducati has to offer.

I purchased the bike in Germany from the Original owner in 1995 and imported and registered the bike to Minnesota in 2001. The bike was extremely reliable, and I never had any repair before I parked the bikes for a couple of years. At the end of the slumber earlier this year, I felt that the bike requires a major tune-up / overhaul, since it was standing for 10+ year. The bike received a new rear shock (original shock will ship with bike, but had a leak), new front and rear tires, new fuel pump, tank cleaned and lined, rear wheel bearing kit, new battery, oil filter, air filter, timing belt, brake pads, and more. A total of over $3,300 was put in the bike to bring it back into really great condition. 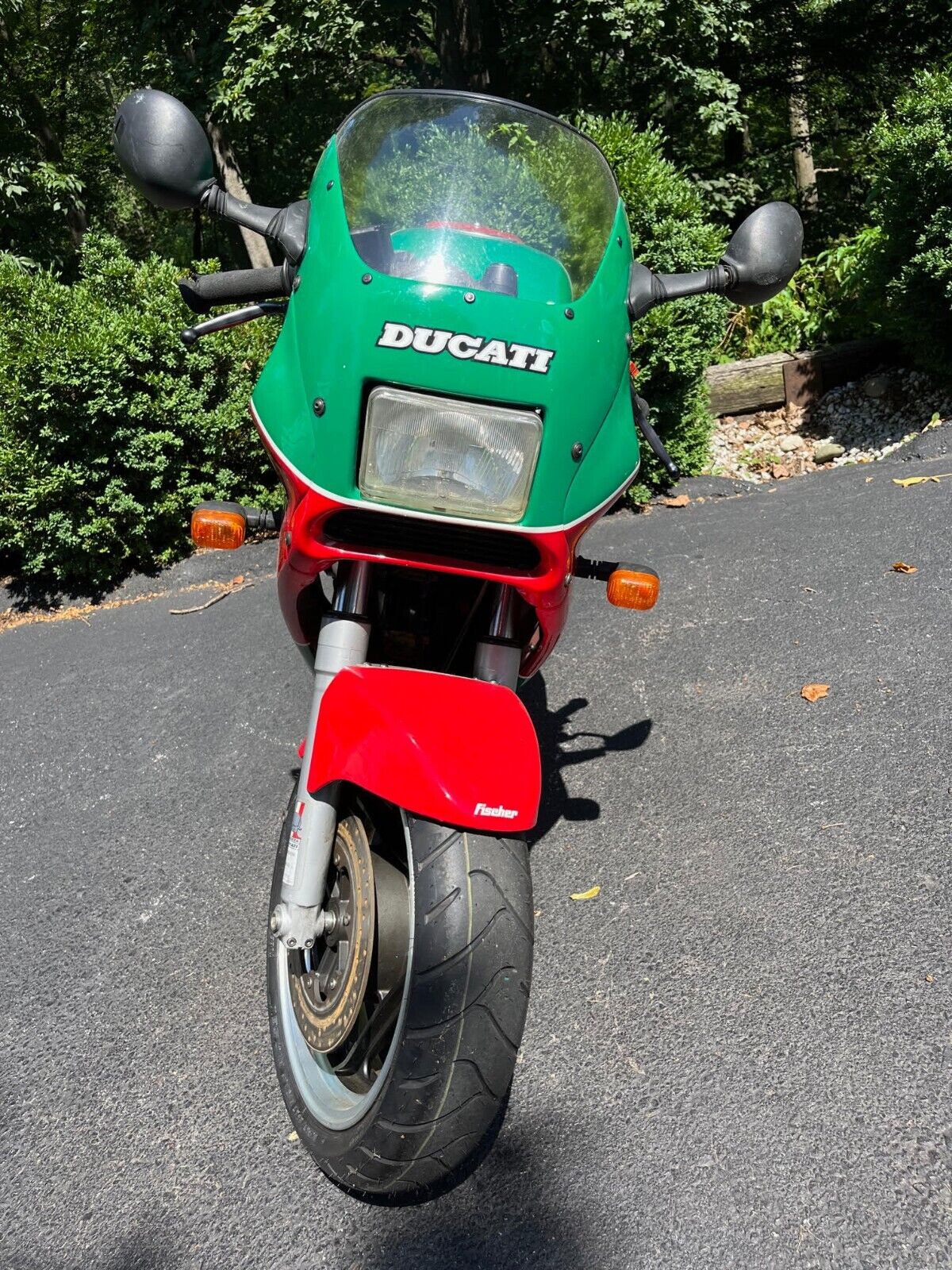 The bike is located 25 miles outside of Philadelphia, PA. Local pick-up or buyer organized and paid for pick-up and delivery. This is a rare opportunity to own a very reliable classic that will make heads turn. While I am very sad to part with the beautiful bike, it is time to find the bike a good new home. Today’s bike has a very bright (if not unusual) livery that really stands out – whether you might want to or not. I’m not sure what matching leathers might look like here, but you might possibly be able to find something that really fits the theme around Christmastime. Suitable helmet paint might include a white pom-pom or elf ears. Of course if standing out is your thing, then the line starts right here; shrinking violets need not apply. Still, this is a Ducati model that is not readily available in the US, as Ducati had yet to hit their stride and import new bikes in large numbers. That makes this a standout machine, unique due to the geographic history and livery, yet maintainable and rideable as only these v-twins can be. The all KM clocks show nearly 33,500, which equates to just over 20,000 miles. Check out all the details here, and Good Luck!! 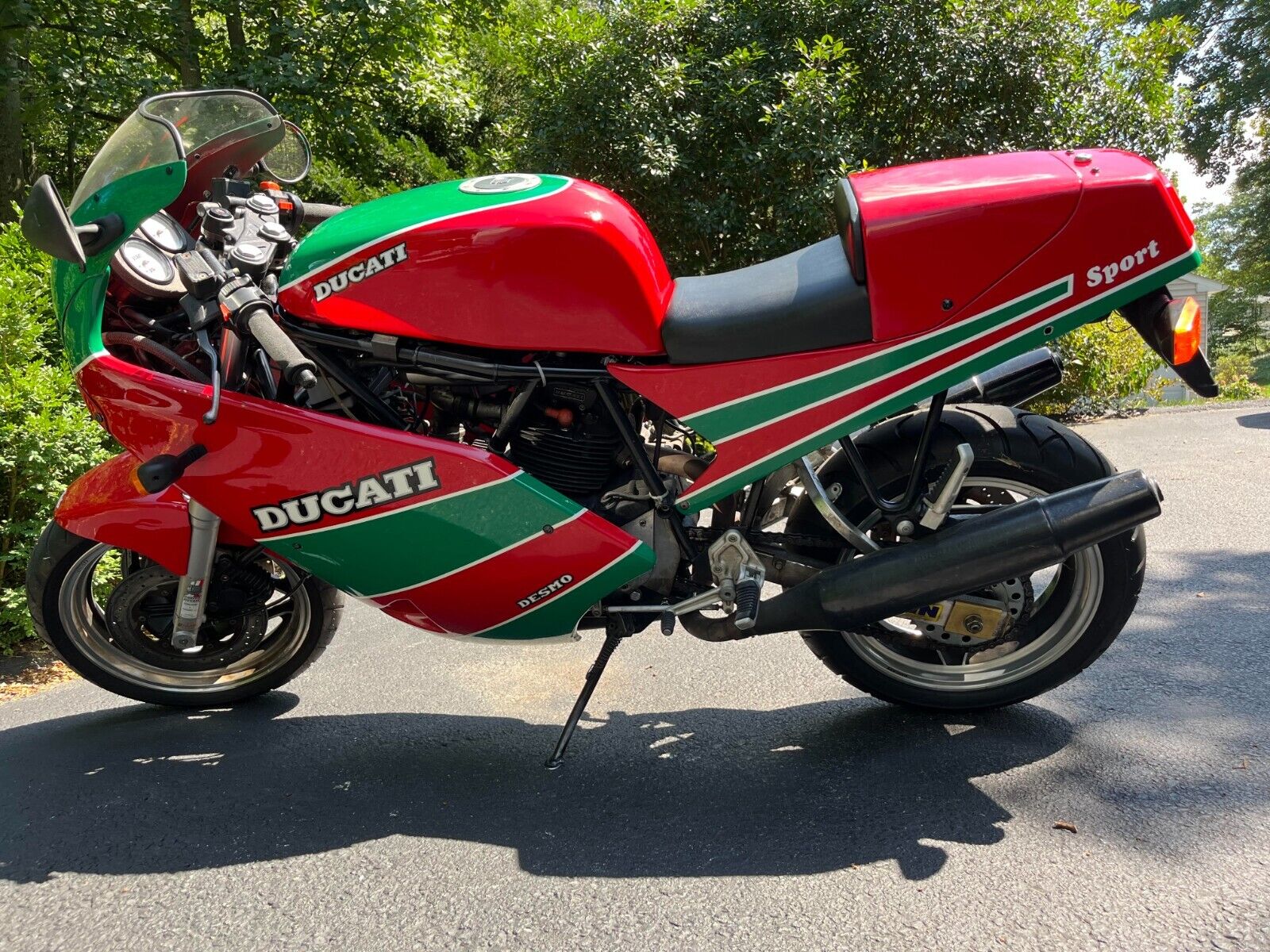 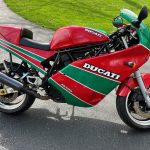 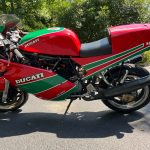 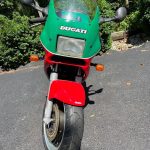 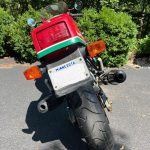 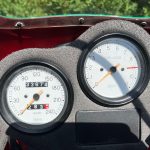