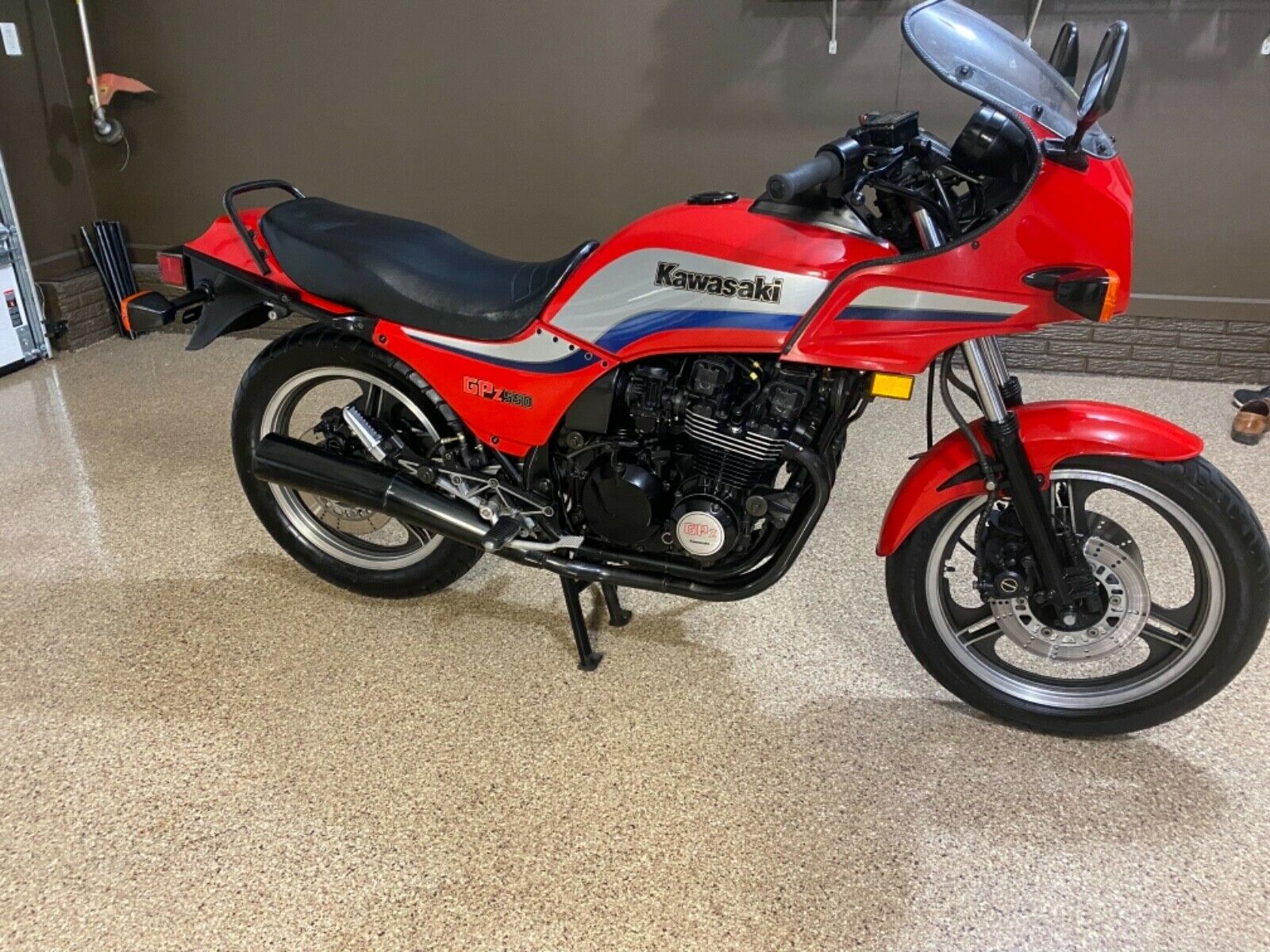 Orwellian theory aside, big brother was indeed watching in 1984. In fact, the whole world was watching in 1984, as the last truly competitive “old school” middleweight sport bike strutted its stuff. Today this is better known as a classic – even potentially an antique given its 36-ish years of age – but back then this was the pinnacle of what we in the US considered a smaller motorcycle. The 550cc set was what constituted the middleweight class in the 1980s (save for the odd Yamaha 350cc RZ or 600cc FJ) and Kawasaki threw everything they had into the last year of the GPz 550. This glorious time capsule is waiting to bring back the memories of synthesizer-driven music, Ghostbusters at the box office, and Dynasty on the tube. 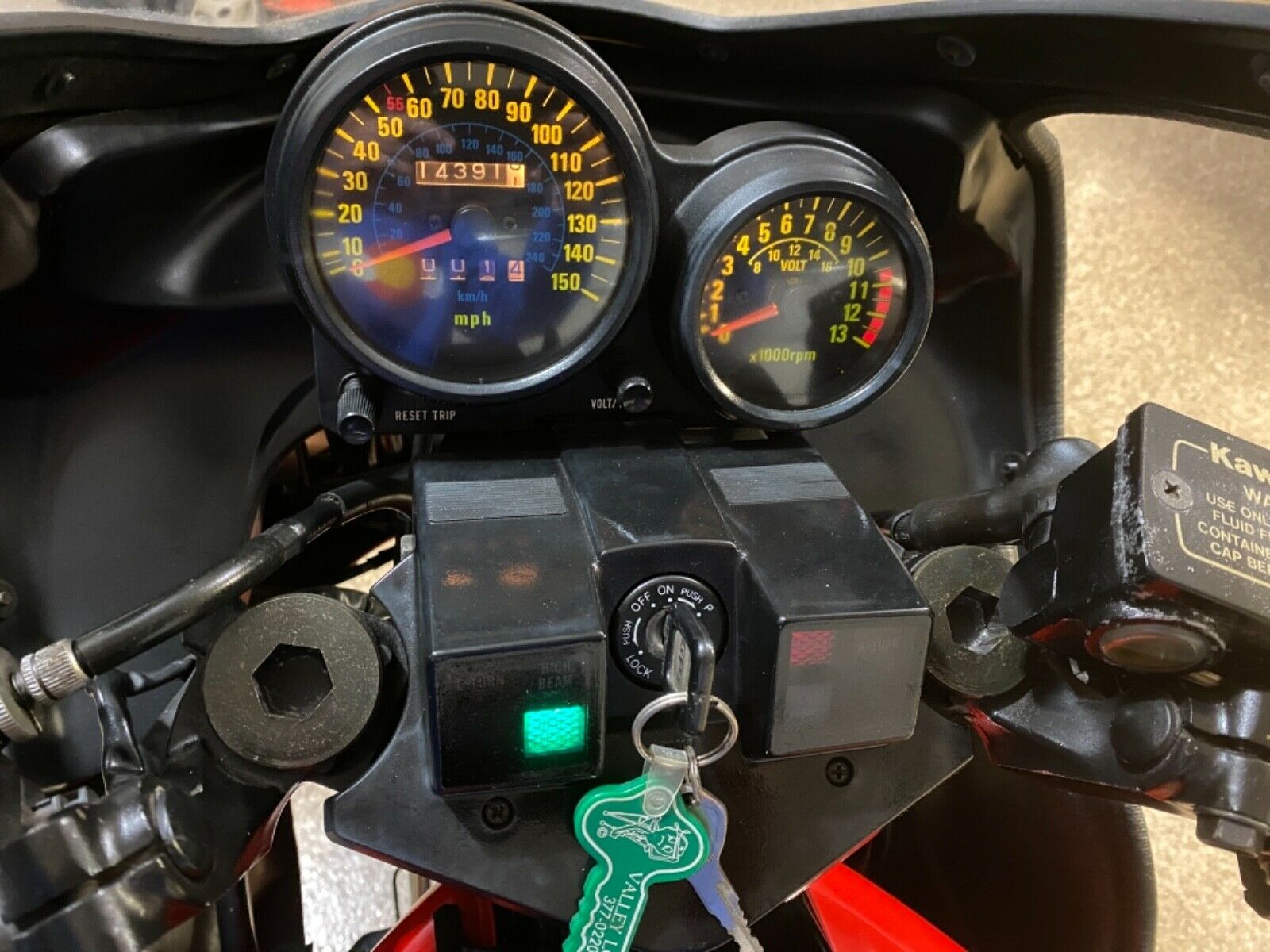 Even by standards of the day, the GPz was far more evolution than revolution. Honda had released the 500cc Interceptor, Yamaha had liquid cooled the spirit of the RD350, and everywhere there were new and cutting edge motorcycles to be found. But the GPz excelled against more modern foe with solid handling, decent power and upgraded chassis and componentry. While only air cooled and breathing through two valves per cylinder, the GPz was good for 65 horsepower. Triple disk brakes helped with the stopping duty. The forks up front were complemented by an anti-dive mechanism, and a modern rising rate “Uni Trak” single shock held station out back. The double down-tube steel frame was beefed up to handle the additional power, and the whole package was topped off with bigger brother’s 3/4 fairing and nifty LCD display located on the tank. In this final year the GPz was truly a polished package, showing methodical upgrades and updates since inception. 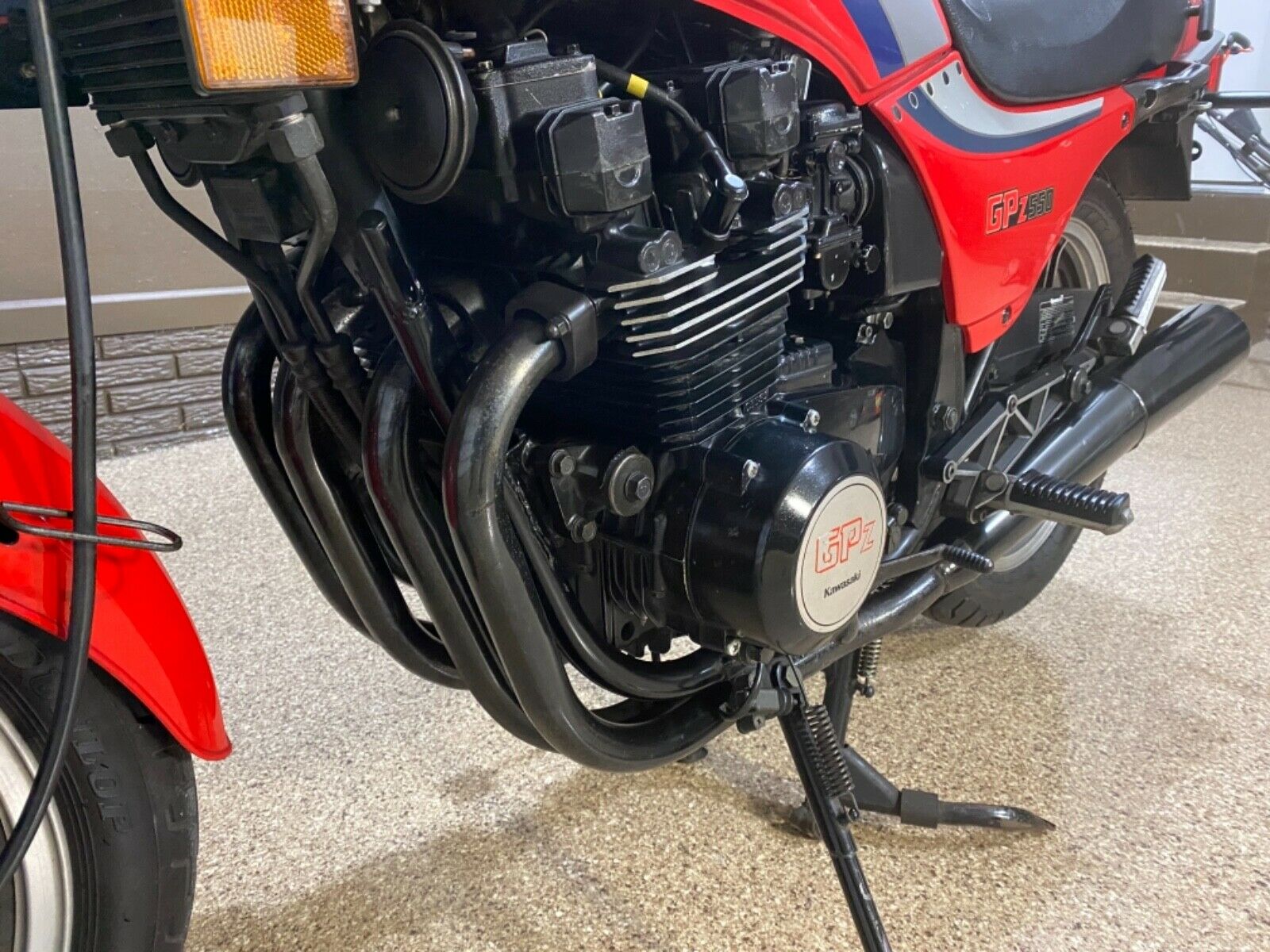 From the seller:
Mint mint mint! This 550 GPZ is an example of a absolutely mint condition unrestored survivor. This bike starts and runs flawlessly buy it, ride it, display it, whatever you feel necessary to enjoy this classic time machine. Please look at all the photos and you will see how nice this bike is and sorry if I sound like I’m bragging but it will be hard-pressed to find another this nice! title is being transferred into my name should have it back in 5 to 6 days. Everything is done online with the new Covid restrictions. I can store this bike as long as needed for you to find a shipper.I would be glad to provide you a video of the bike running, riding, or just another walk around… 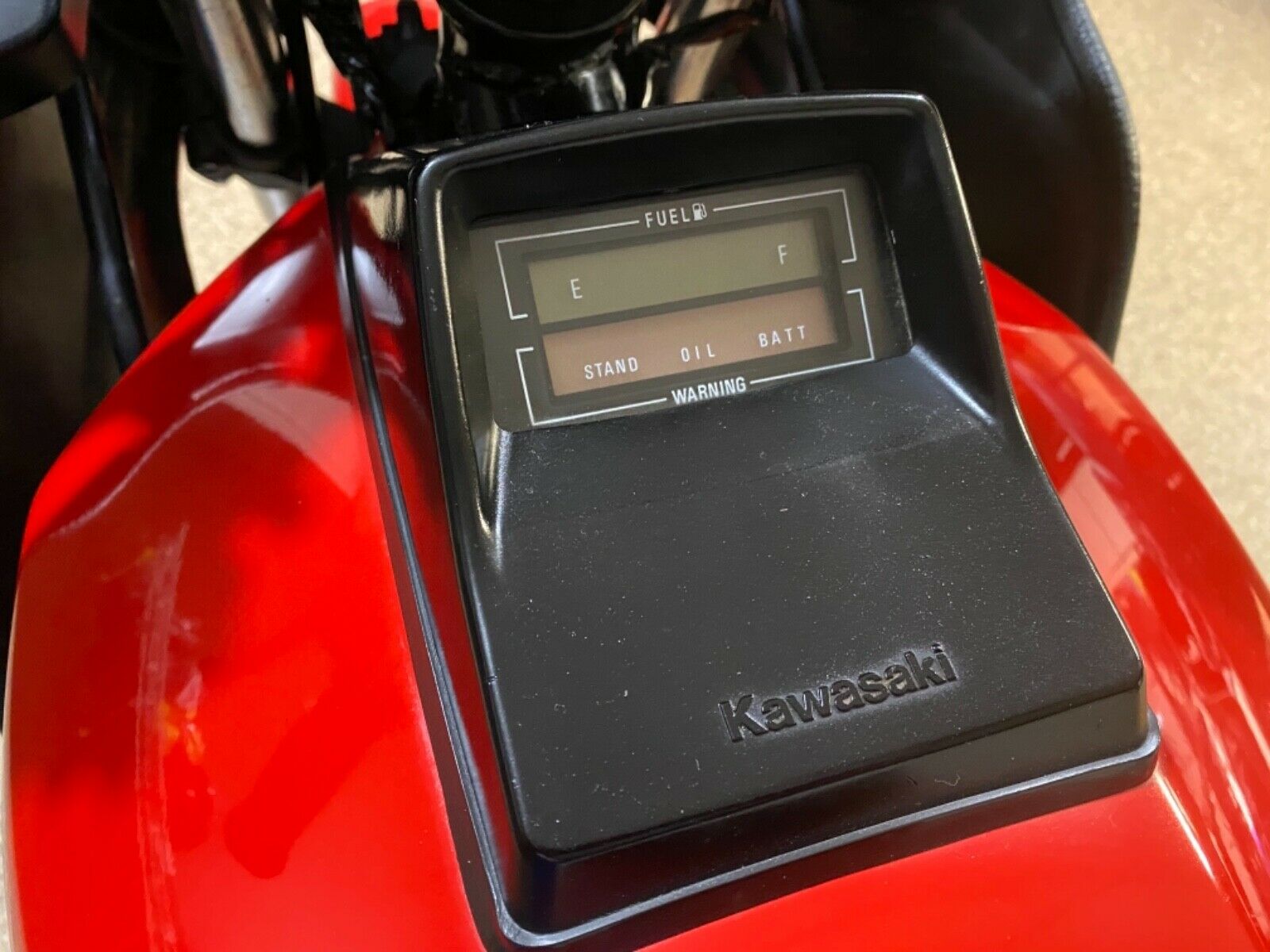 The whole GPz line (1100, 750, 550, 305) performed well for Kawasaki, and built a solid fan base. The future was only days ahead, with the introduction of the GPz900 “Ninja” and the follow-on 600cc variant, but for this year anyway, the GPz 550 ruled the roost. Available in red with white/blue stripes as well as silver with black/red accents, the 1984 model can best be identified via the LCD panel and the unique to this year 3-spoke wheels. Today’s example is the more popular Kawi Red, and it looks to be extremely clean. The black chrome looks immaculate (something that was pretty fragile in the early GPz years), the decals are in great shape, and the bike appears generally devoid of scrapes & scratches (although I *may* detect some rash at the extreme end of the right-hand side muffler). 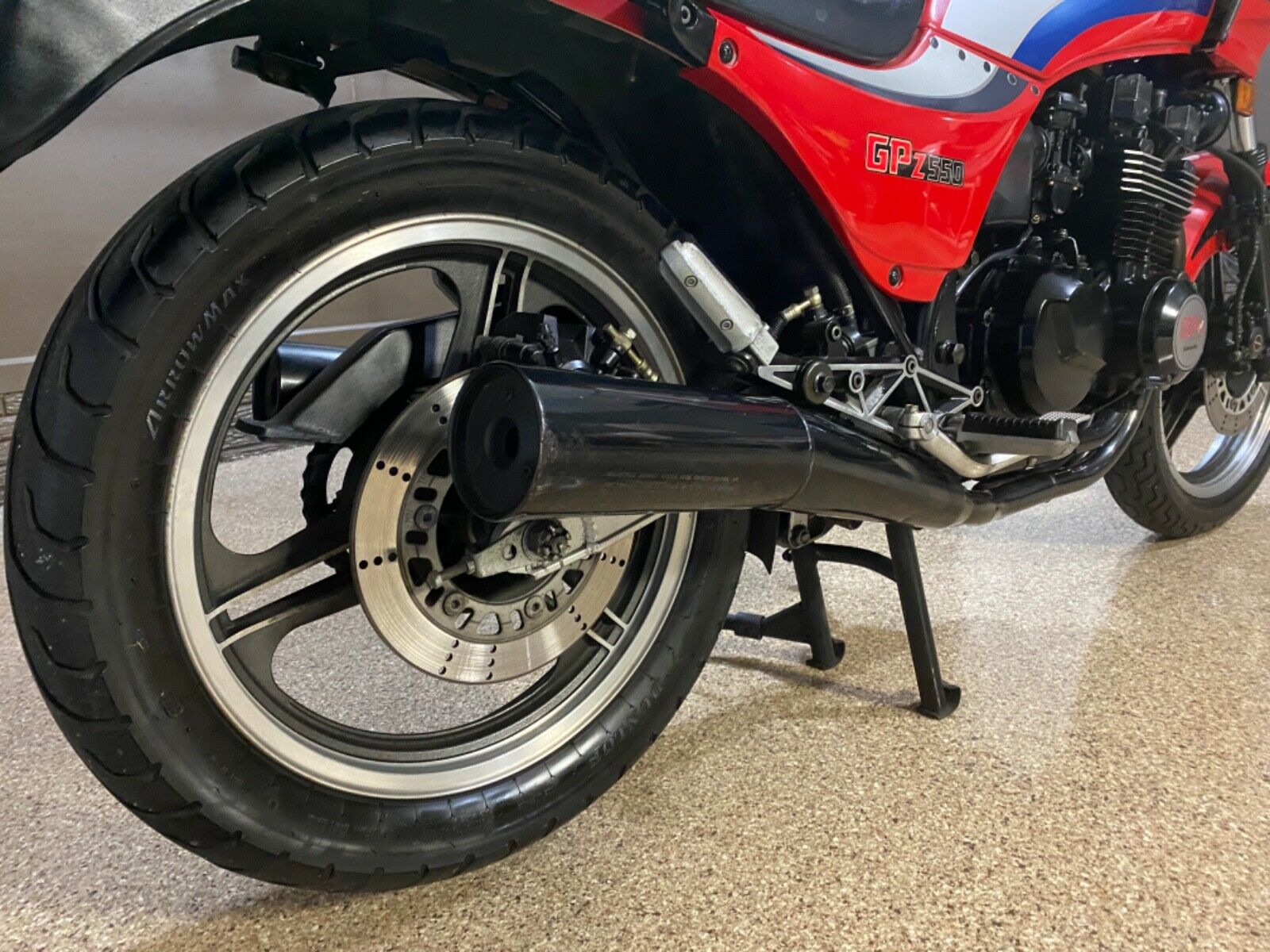 This 1984 Kawasaki GPz 550 appears to be completely stock except for the foamie handgrips – which is not a big deal IMHO. With 14,000 and change on the clocks, this is not a new bike, but hardly over-used. The best part is the Buy It Now price of a lowly 5 grand USD. That is a LOT of nostalgia and fun for not that much dosh. Check out all of the details here, and be sure to share your GPz stories with us in the comments. Stay safe, and good luck!! 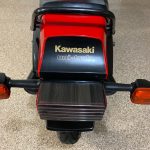 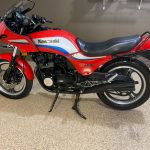 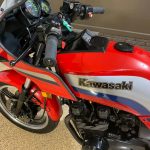 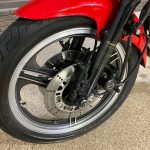 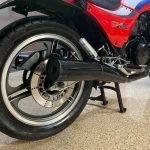 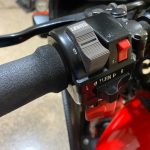 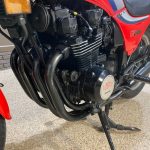 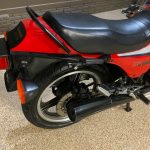 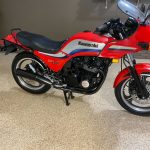 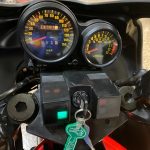 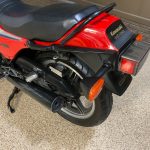 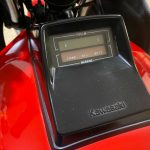 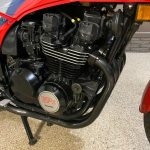 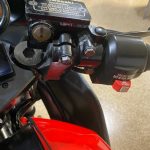