Beside being a regular on RSBFS, Honda’s VFR750R / RC30 has explored the high peaks of performance and auction prices, from its inaugural Superbike World Championship in 1988 to a never-started example at this year’s Bonhams auction which returned $92,000 !  This Florida bike is more middle of the road, with some 7,000 miles and nice condition. 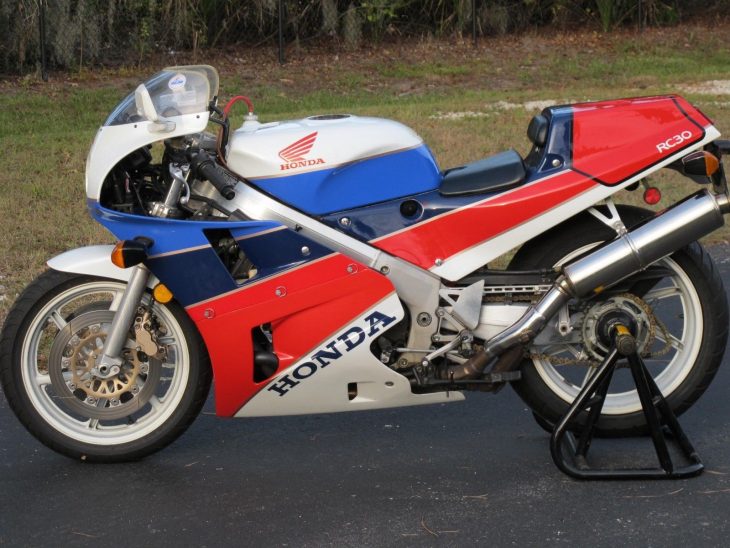 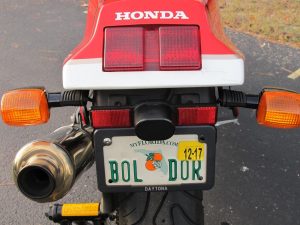 Honda got the balance just right on the RC30, reviewed as a superbike that was not difficult to get great performance from.  Not fire-breathing with 102 hp, but built strong with some titanium hard parts, and a 12,500 rpm redline.  Never the lightest at just over 500 lbs. wet, the center of gravity was fairly low and centralized, easing turn-in.  Honda wasn’t looking to build a tech showcase, but equipped the RC30 with some endurance racing finery like the ELF single-sided swingarm and quick-release front axle. 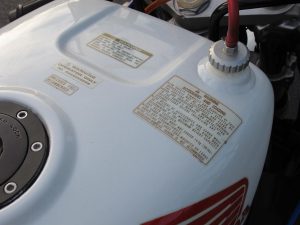 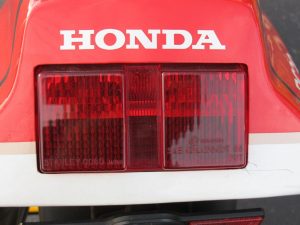 About to acquire just its third owner, this RC30 looks excellent and has a nice spares collection.  Photos aren’t exhaustive but the owner advises it has been displayed indoors for the past 15 years.  From the eBay auction: 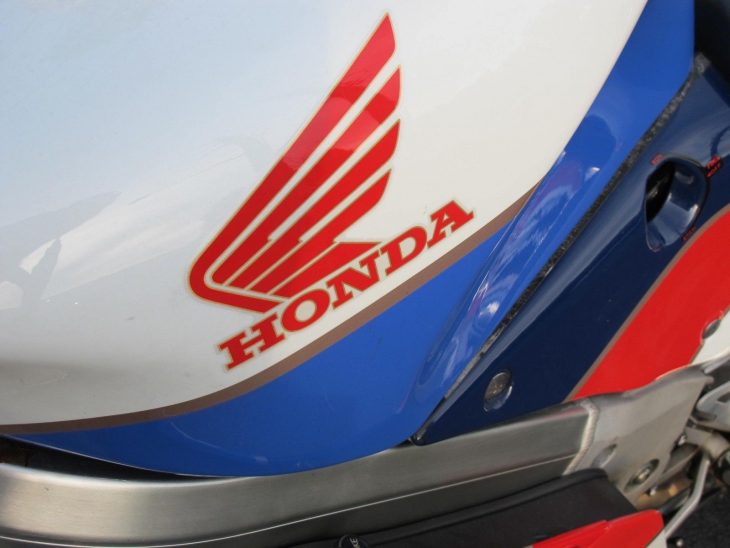 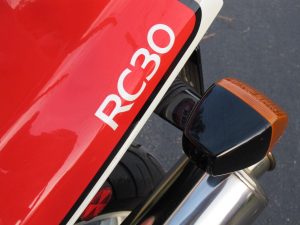 Honda lavished even more of their excellent build quality on the VFR750R, and priced it accordingly, about double what most mid-sized sportbikes were at the time.  The starting bid here is somewhat north of what the model has fetched lately, but an eBay auction can be just the beginning of a longer discussion.  RC30 buyers, and more numerous non-buyers, have often been admiring the model for quite a while… 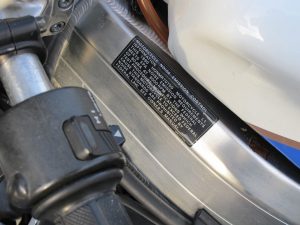 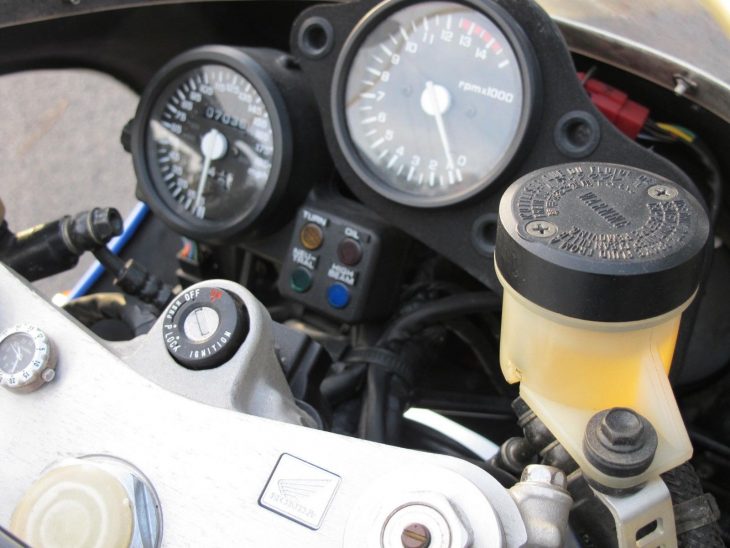