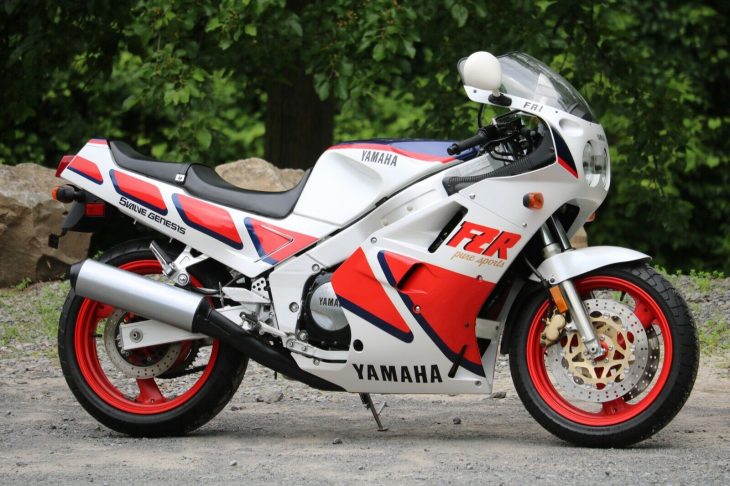 The late 1980s’ prevailing ideas about greed, money, partying, and the blessed individual weren’t always reflected in the vehicles people drove — the Chrysler LeBaron wasn’t exactly haute couture — but when they were, stand back. The early iterations of the Yamaha FZR1000 reflected the big-hair-and-cocaine era like few others, with a high-contrast red-and-white speedblock bodywork set off with gold script. The bright red wheels only added to the visual cues that this thing was absolutely batty. 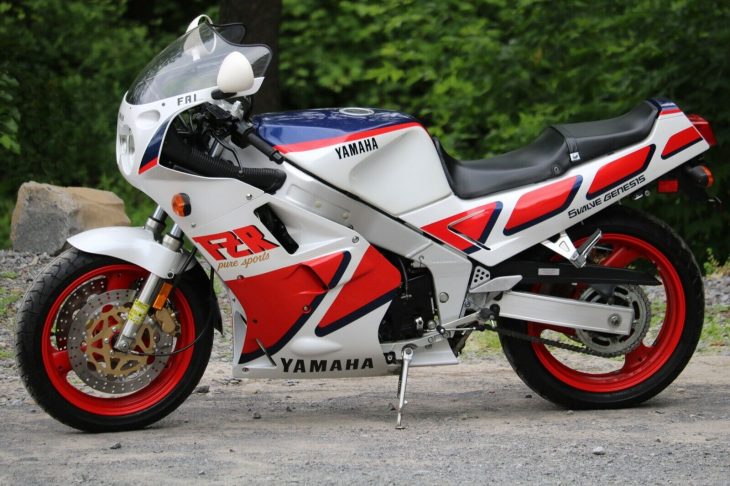 Under the fairings, the 135 horsepower inline four stood ready to cash the checks that the bodywork wrote. It’d nail 60 in less than three seconds on its way to 167 mph on the big end, but unlike a lot of the ’80s big bikes it ran with, it could turn. That made them monsters in the hands of road racers at places like Daytona. 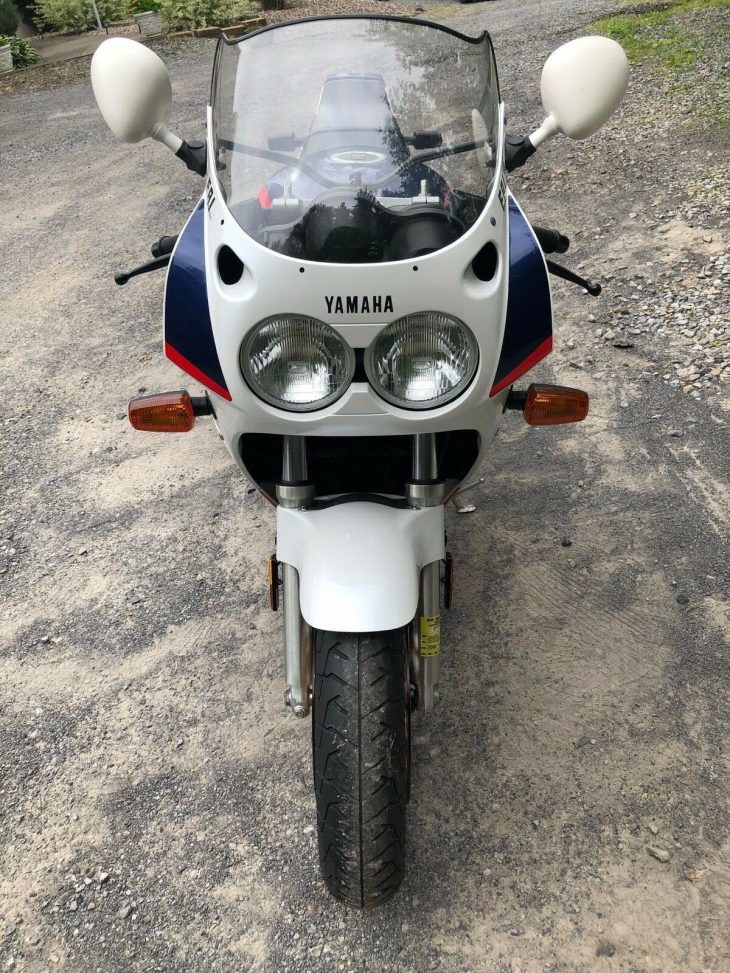 This 1987 Yamaha FZR1000 is in near-perfect entirely unmolested condition, and has just been woken from a 16-year dormancy. The oil and battery are new, the carbs freshly cleaned and old gas was drained. Unfortunately, sitting left a little bit of rust in the gas tank, so it might require being re-lined sooner than later. Aside from another rust spot in front of the kickstand, this thing looks every bit as fresh as its 5,329 miles suggest. 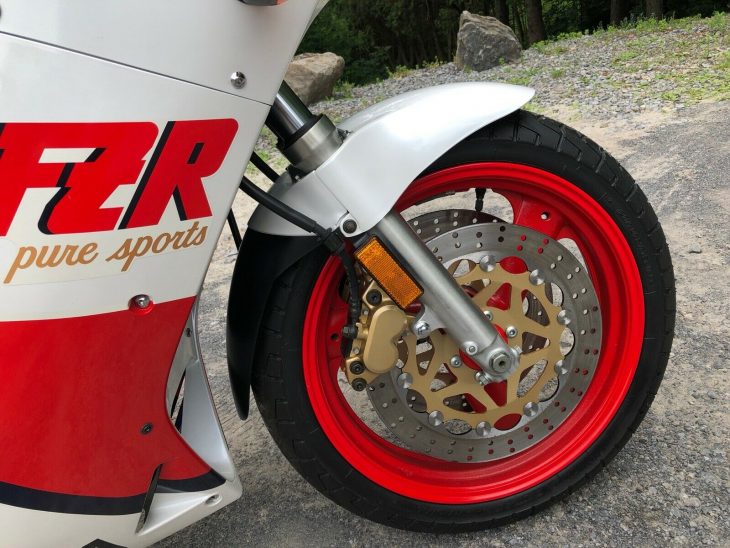 Up for sale is a 1987 Yamaha FZR1000 Motorcycle. All original. Clear title. Only 5,329 miles. Matching numbers. One owner machine. Have the original sales receipt for $5,799 in 1988.. And all service records. Owners manual and tool kit. The motorcycle was sitting since 2003. To freshen the bike up..a new battery was installed, Gas tank flushed. Carburetors Cleaned. The bike starts right up, no smoke or leaks, noises etc. Sounds great. Rides nicely. Goes through the gears smoothly. All of the electronics do work. Gas tank has some light rust inside. Both front and rear brakes work as they should. Condition is outstanding. Spot of rust on the frame in front of the shifter. Always garage kept, little to no rust. No dents in the tank, No cracks in any of the plastics. A true survivor bike. 5 Day No reserve auction. Sold as is. Owners manual and toolkit included. Please see all 24 pictures before buying. Email with any questions. 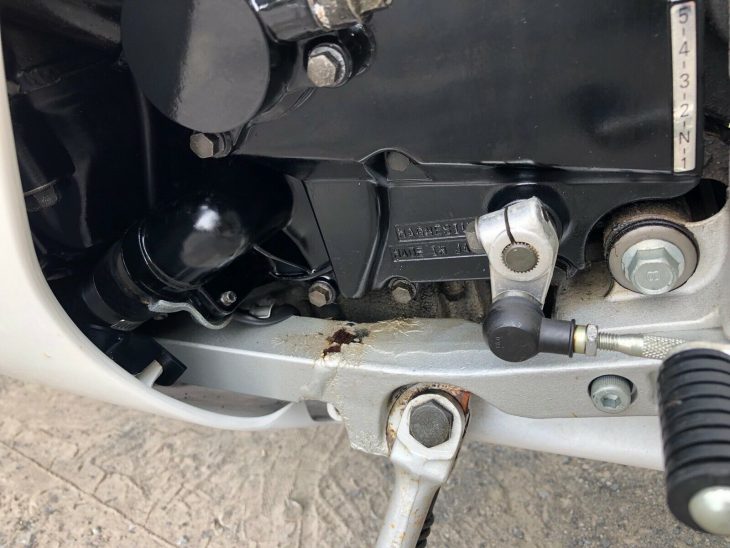 If you want to ride it, it’s for sure going to need a fresh set of rubber, but with that taken care of, this is a beautiful example of an iconic sportbike from the dawn of the genre. 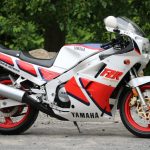 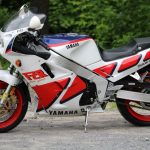 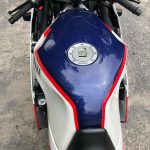 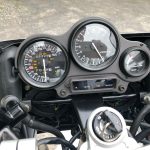 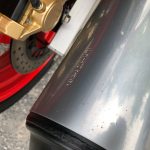 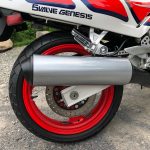 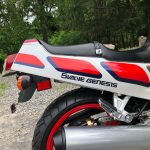 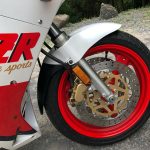 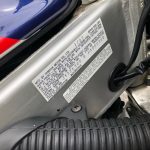 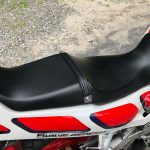 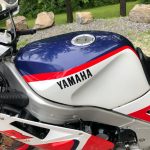 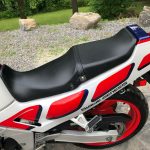 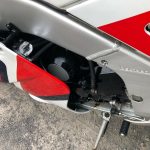 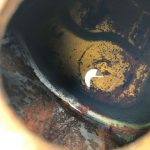 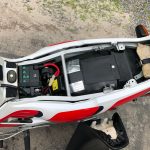 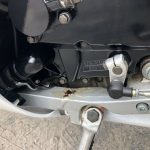