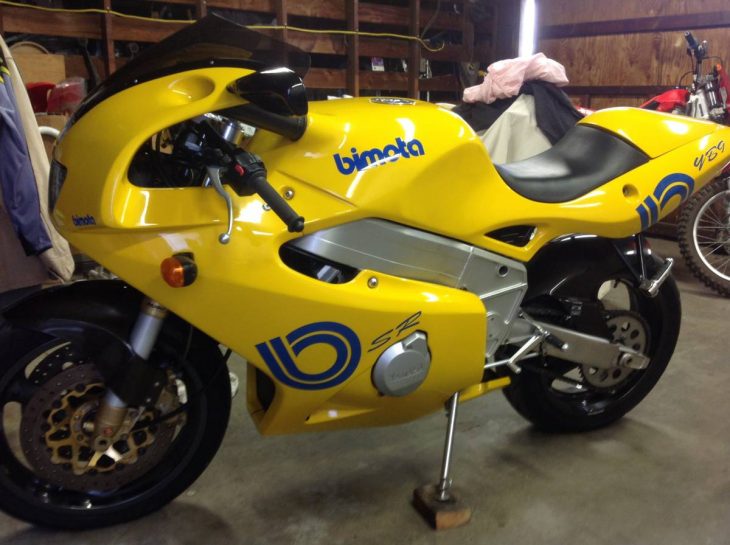 This is the first Bimota YB9SR I can remember seeing for sale and the seller unfortunately includes very little information, although the photos are of decent quality. The one detail you might want to keep in mind? The $5,500 asking price which, assuming the bike is mechanically sound, makes it an absolute steal. You probably won’t find the YB9 on a short list of classic Bimotas, but bascially every Bimota is rare, fast, and collectible, although “fast” might be pushing things a bit here. The “9” has nothing to do with the bike’s displacement and simply indicates that it’s the ninth Bimota powered by a Yamaha engine. It’s a bit down on power compared to its stablemates the SB6 and the YB11, which feature the GSX-R1100 and YZF1000R “Thunderace,” respectively, since the YB9 actually uses the liquid-cooled inline four and transmission from the YZF600R “Thundercat” [Ho!] with around 100hp and it even uses that bike’s stock gauge cluster, nestled in between the carbon air-intake tubes. 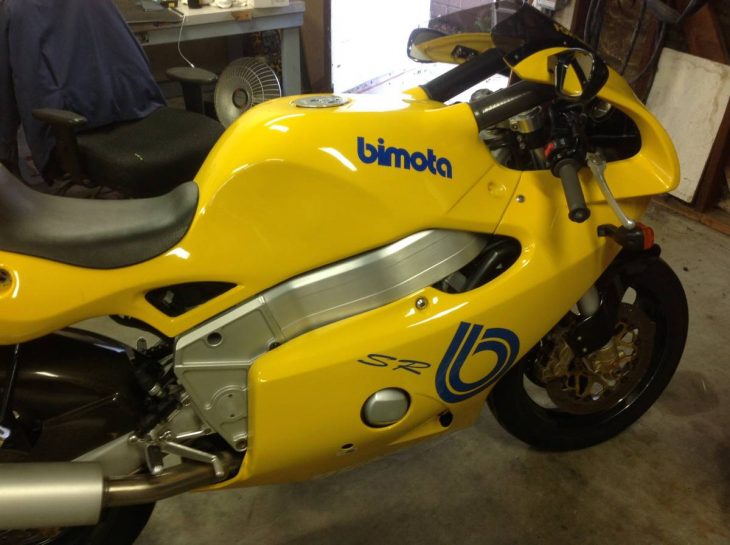 Bimota obviously made its reputation wrapping lightweight frames and sexy bodywork around reliable powerplants from Japan, sexy powerplants from Ducati, and even the occasional German powerplant from BMW… Their early offerings used tube-style frames like the Verlicchi part from yesterday’s Ducati 750 F1, but by the 1990s they’d moved on to aluminum beam frames as seen here. Access on some beam-frame models for maintenance and repair can be a bit iffy: the massive-looking part used on the SB6 and SB6R is designed to connect the steering head and swingarm pivot directly, but makes access to some parts difficult, like the front sprocket that supposedly requires the engine to be dropped when it needs changing… I’ve heard no such complaints about the YB11 that uses a very similar frame to the one seen here, which makes a certain amount of sense considering the fact that both use Yamaha engines. 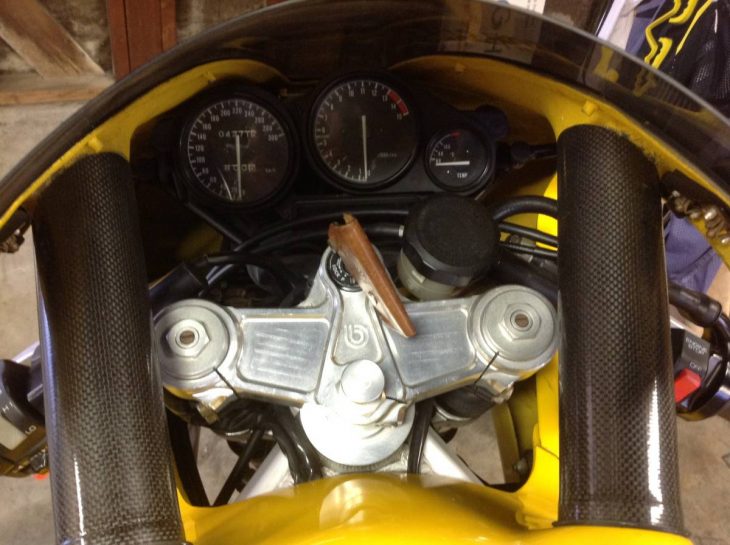 This appears to be the carbureted SR model, not the fuel-injected SRi introduced in 1996: the metal knob at the top of the triple clamp looks like it could be the choke. That’s probably no bad thing, as the fuel injection system was exclusive to the Bimota and will probably make maintaining the bike more problematic: with just 651 YB9s built, anything exclusive to the model might be tricky to source. The system did add a few claimed ponies but, like all Bimotas of the period, reviews of the fueling “improvements” varied a bit and I’ve read both rants and raves. And as easy as it should be to maintain the YZF600 engine and transmission, be aware that bits and seals for those forks and the Paioli rear shock might not be so easy and the bodywork… Let’s just say if it were mine, I’d be regularly trolling eBay for panels “just in case.”

From the original Craigslist post: 1996 Bimota YB9SR for Sale

So the listing contains very little information, but mileage is extremely low, and it looks to be in pristine condition from the few photos provided. And the price? A screaming deal at $5,500. I’m under the impression that the seller needs to sell quickly, which might explain a price more in line with a decent used 600cc supersport. Of course the YB9’s 600cc engine means a modern 600cc supersport would probably destroy it in any straight-line competition, but handling should still be impressive. Maintenance should be affordable, but bodywork might be very difficult to obtain if you push a bit too hard… I’m not the biggest fan of the yellow color with blue graphics, but this is a great-looking bike and possibly the cheapest way to get into Bimota ownership outside the questionably-styled Mantra. 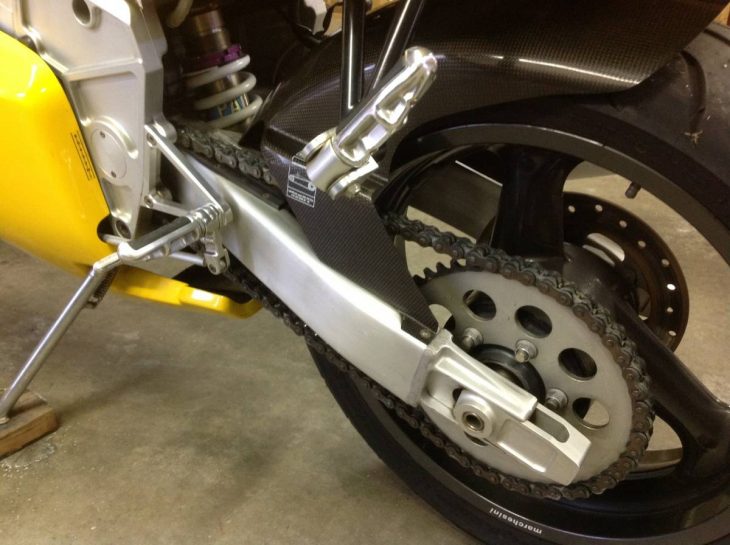