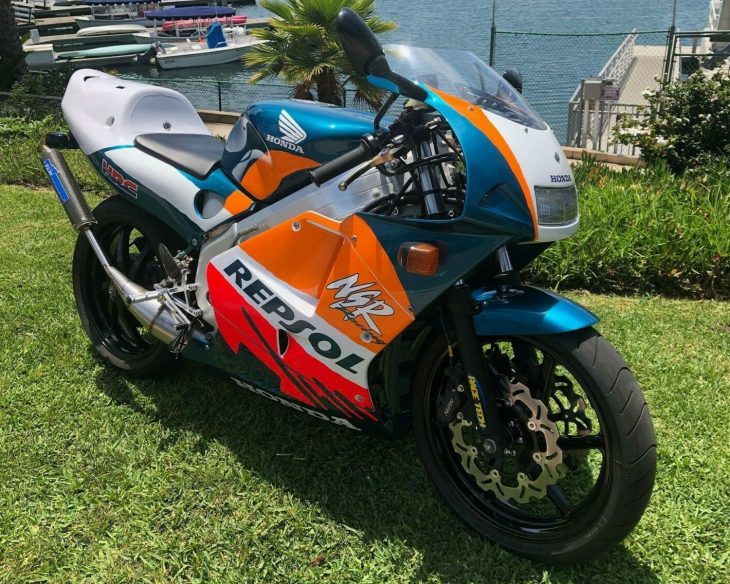 Pretty much the only way this Honda NSR250R could be more desirable would be for it to be in Rothmans colors. Honestly, I’m not even the biggest fan of race-replica schemes, but nobody does them like Honda, and the Repsol colors are a close second. But even in its “generic” colors, the MC28 version of Honda’s two-stroke sportbike represents some of the most advanced technology of the time, from the obvious, ELF-designed Pro-Arm single-sided swingarm to the very trick PGM-IV electronic ignition system. 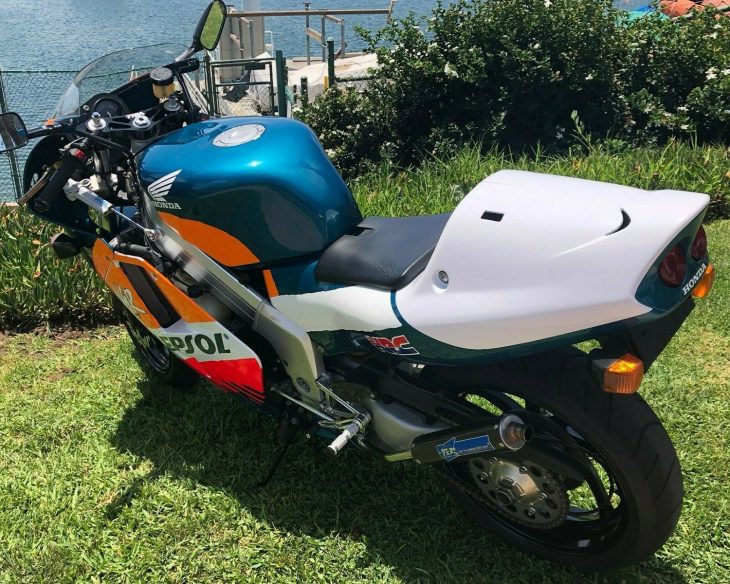 That single-sided swinger increased weight, compared to a more conventional design, but Honda’s PGM-IV was incredibly advanced. The bike still used a pair of carburetors to fuel the 90° liquid-cooled two-stroke v-twin, but every other component was cutting edge, taking sensor input from the throttle position, gear-selection, and rpm to create three-dimensional ignition maps for each cylinder and adjust Honda’s RC “Revolutionary Controlled” Valve. There was no conventional ignition key on the MC28. Instead, you need one of Honda’s credit card-sized… cards that also housed the bike’s ignition map. De-restricting the MC28 is particularly difficult, since, ideally, you’d need to locate one of the factory HRC cards with a full-power map, or you’re stuck with the government-mandated 45hp. The SP version of the NSR seen here added a dry clutch to hook the 249cc twin to the six-speed cassette gearbox, along with lightweight Magtek magnesium wheels for reduced unsprung weight and a bit of additional flash. From the original eBay listing: 1994 Honda NSR250R SP for Sale 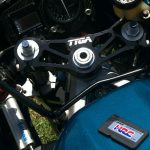 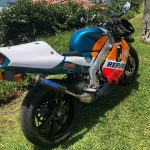 Great bike, but so many questions. Why is the mileage listed as “NA”? It’s located in California, but does it have a California title? Has it been de-restricted, or is it still rocking the Japanese-market 45hp? All of these things could conceivably influence the value of the bike significantly, and the $10,400 Buy It Now price suggests that the answer to the last two questions could be “no,” but it’s definitely worth messaging the seller if you’re interested in the bike. 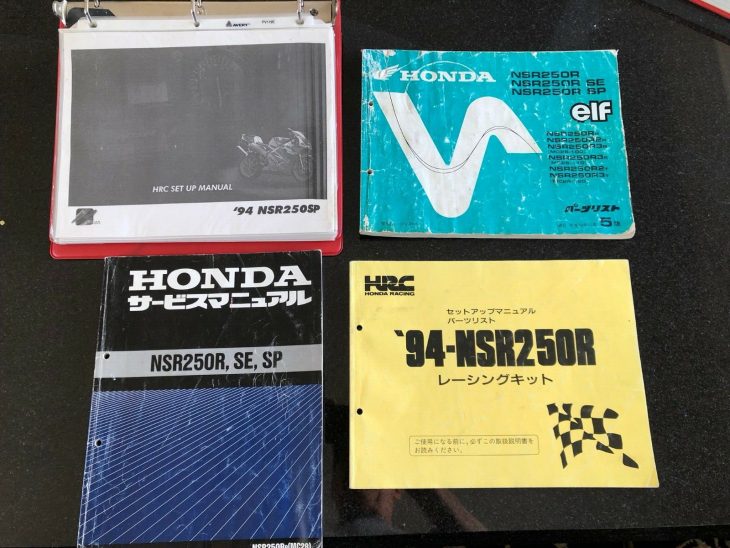