Professionally executed customs often change hands without a word or in a charity auction, but here’s a beauty based on the dual-spark 992. 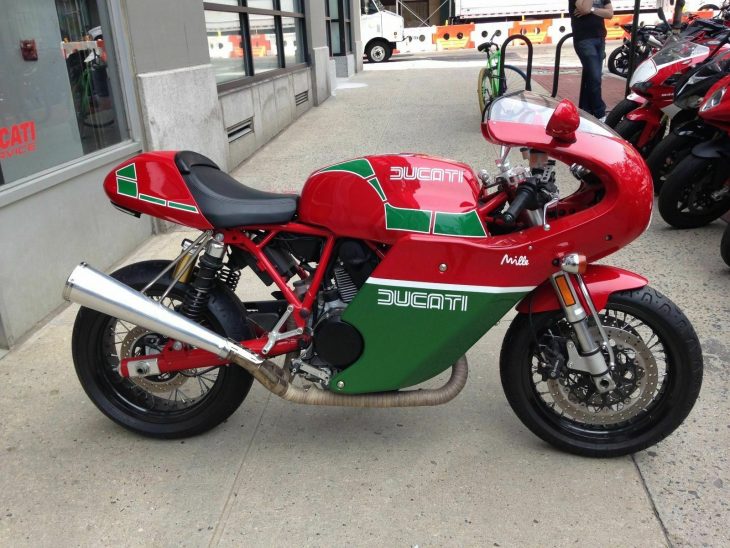 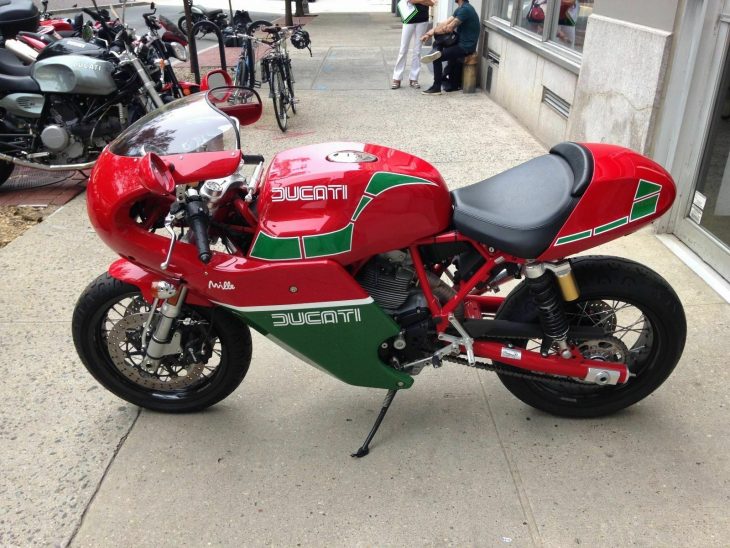 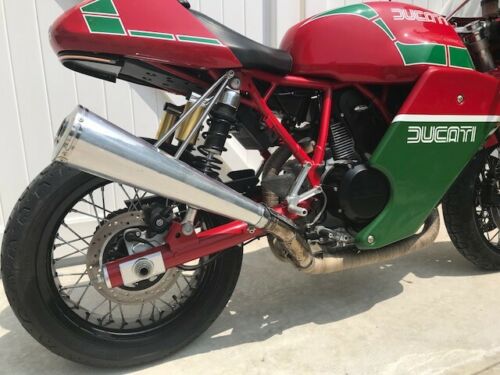 More often seen in the silver Paul Smart SE livery, the 1000S was a very rideable retro, with one of Ducati’s best air-cooled mills and 91 hp.  The long tank and trellis frame were punctuated with Marzocchi USD forks and dual Sachs shocks.  17-inch spoked wheels carried 320mm Brembo brakes, and could be had with single or dual seats.  Big dual mufflers were installed at the factory, but updated to a single exhaust here. 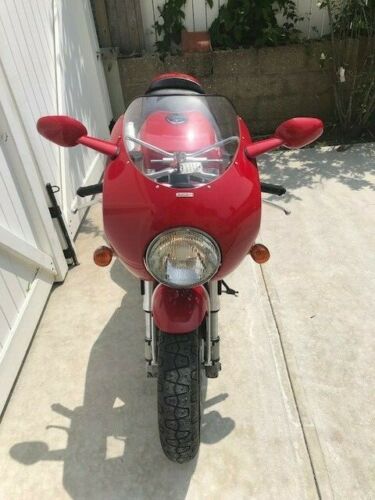 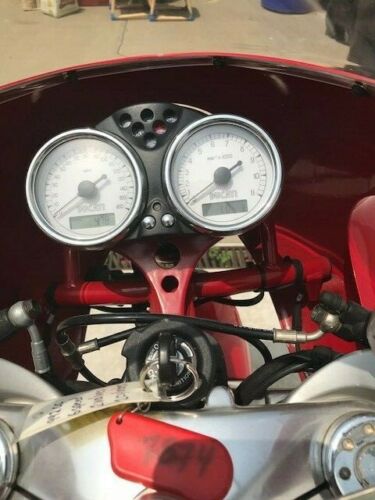 Evidently a cooperative effort between Ducati’s southern Conn. dealer and their North American sales office, this ’07 has the full fairing and a great impression of the 1979-81 MHR if not the 1978 Isle of Man winner.  With 480 miles it’s been on display or stored almost exclusively, and the auction shows several dealership scenes with the bike.  Fully serviced for the next collector, it’s still unlikely this MHR will be doing much more than a parade lap.  Notes from the eBay auction:

Built by Ducati NA to commemorate Mike’s 1978 IOM win on a Ducati model, and subsequent 1979 & 84 Ducati MHR Replicas. It has been only used as a show bike for local events, TV & Display since its inception in 2007, and only shows 480+/- miles, some more details included in attached photo showing further history and marketing. Upgrades also include a Shark performance exhaust and billet rear sets, besides the many other upgrades that can be seen in the attached photos. It just returned from a full inspection at Ducati NYC, where it received new belts, new brake fluid and all adjustments needed. While there, they also included it in their Instagram page, as you can see in the photos. As you can expect from any 14 year old bike, it has some minor imperfections from wear and usage, but overall a very clean bike.

This has to be much rarer than a Paul Smart or any other MHR bikes, because it is a one-off built by Ducati NA. 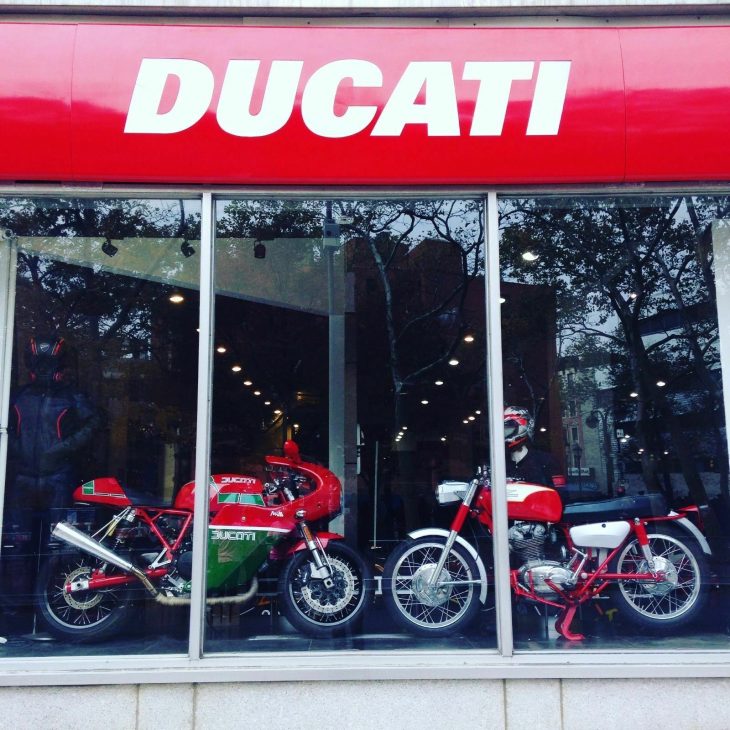 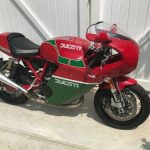 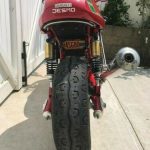 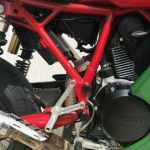 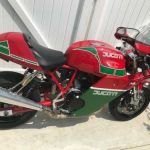 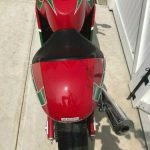 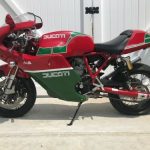 Hailwood had been most often a Honda rider, but after an eleven year retirement returned to endurance racing on Ducati’s.  IOM had been pulled from FIM schedules due to the unforgiving nature of the course, but continued to host their own special event each June.  The comeback win in 1978 deserves every commemorative it could get, and the Pierre Terblanche design carries the livery well.  Possibly the new owner will enjoy the easier to ride, fuel-injected liter, but more likely it will be trailered to a new venue, cleaned again, and the lights turned up bright. 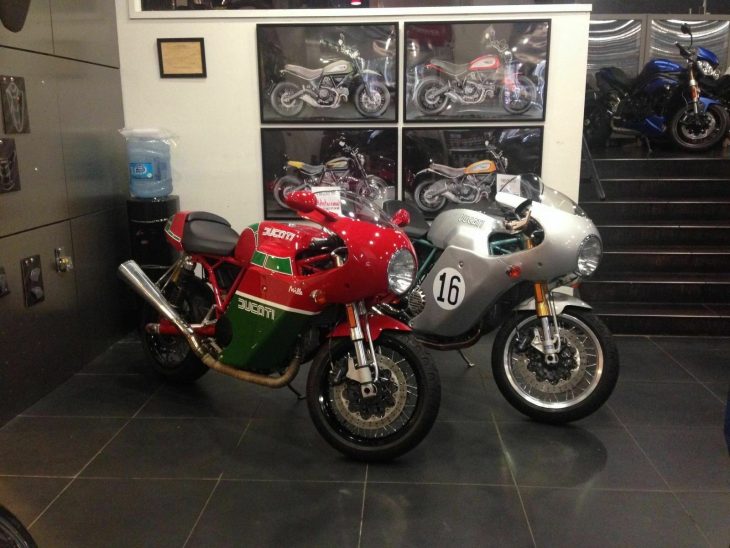