A continent or two removed from the usual superbike competition, very lightweight two-strokes lessen the role of the right wrist in any performance riding.  Here’s a Honda MC21 ready for registration and rejuvenation. 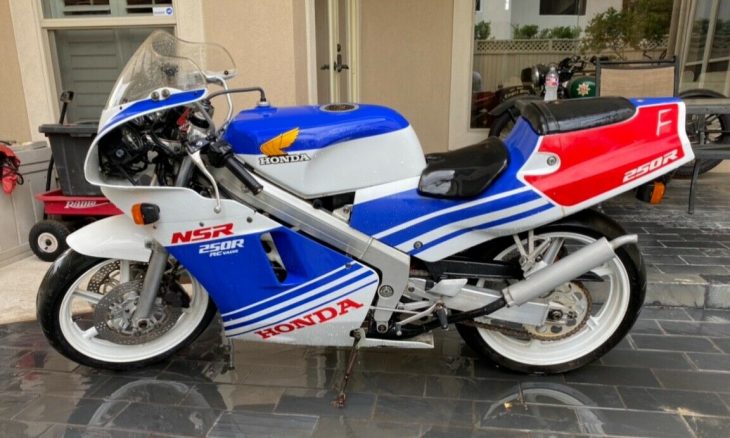 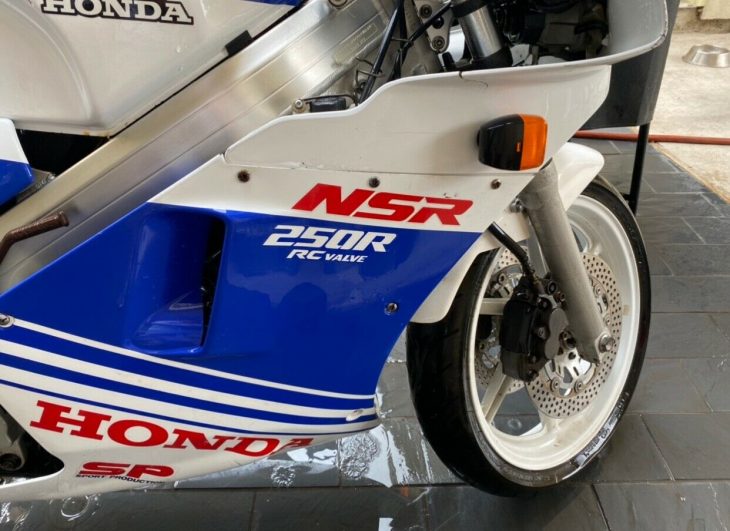 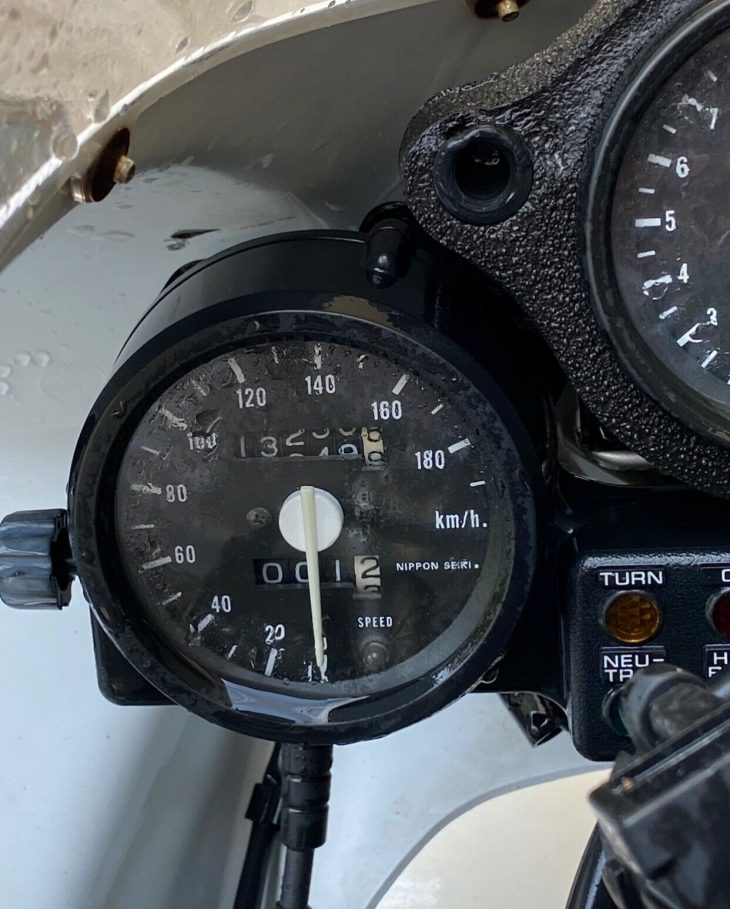 The NSR250 went through four developments, with the MC21 being third.  All used the 249cc twin, just about square bore and stroke, legislated at 45hp in the home market, but closer to 60 ponies when de-restricted.  Though carburetted, the PGM-III underseat ECU controlled reed valves and ignition advance based on throttle and gear selector position.  Semi-adjustable forks and Pro-Link monoshock presumed a youthful touch on the seat, but triple disks were ready to haul you down from top speed.  Especially in replica livery, the light but full fairing channeled the RS250R racebike. 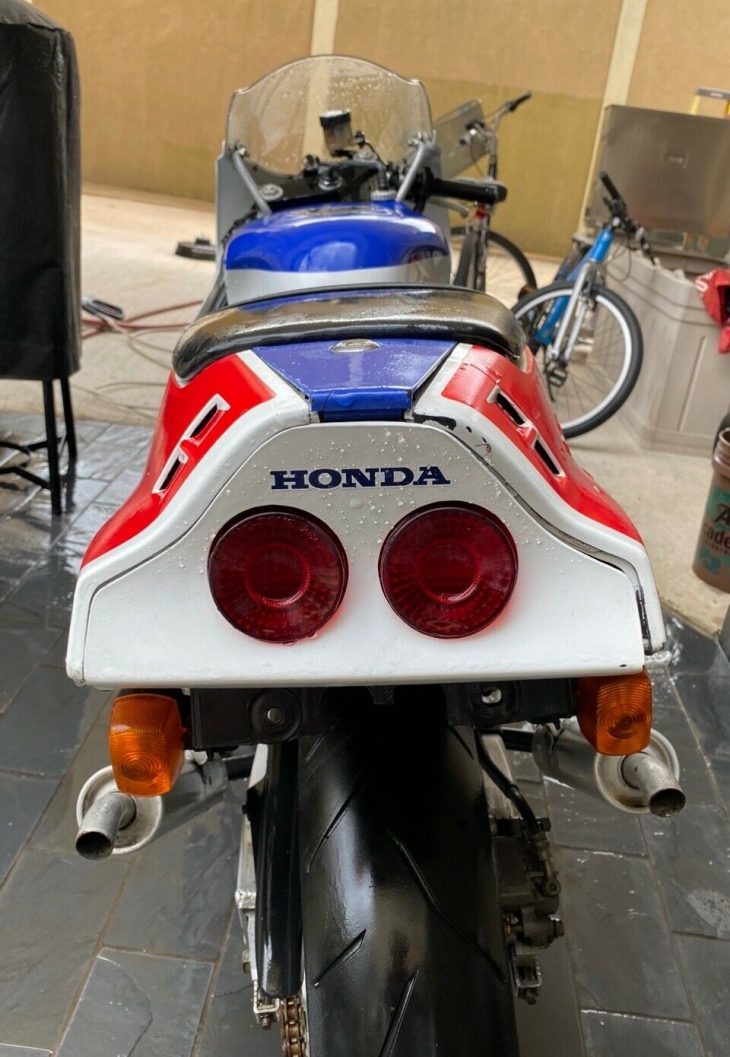 As presented, this NSR250R shows some 8,233 miles, but begs for more pictures and information.  The bodywork may be a replacement, but the red seat console seems to be an MC18 livery.  On a 1991 model the assymetrical swingarm would normally be seen, but this one is straight-legged.   The SP sticker might be just that, but might be worth pursuing.  Looks like a thorough going over will be required before and after bidding.  Comments from the eBay auction:

Early 90’s – complete bike – speedo shows 13.3k – imported from England a couple of years ago – went into my collection and been sitting ever since – I never rode it – bike is in good shape for age – but not perfect – no title – comes with import papers and bill of sale – if you know what your looking at – this is a rare bike that is getting harder to find. 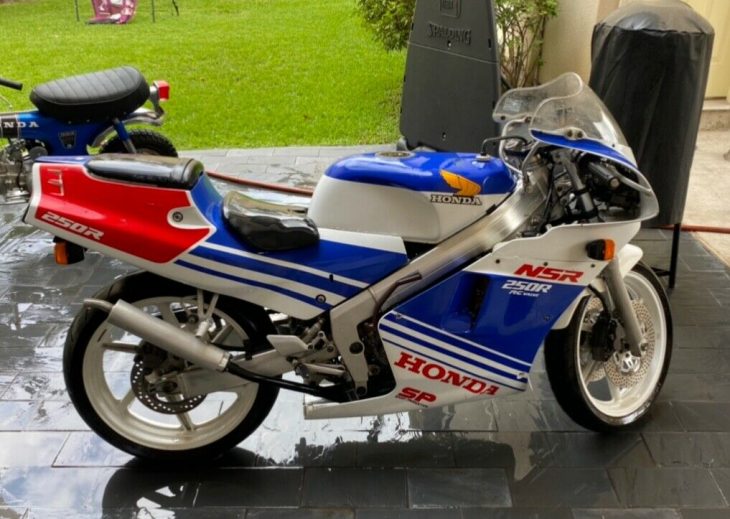 Honda was in competition with the RGV250, TZR250, and KR1 for the home and limited export market, and the lead swapped around regularly.  Prices on restored or collector models justify interest in a semi-project like this, but it’s a slippery slope.  Add the importation/registration question to the list, though the racetrack is really the place for an NSR250R these days.  Unlike the road, nobody out there is on the phone.