Today’s Yamaha TZR250 has a couple interesting things going for it. In addition to the unusual, reversed-cylinder configuration of this Japanese market 3MA, it’s also available in this interesting black/grey/red color scheme: almost all the 3MAs we’ve featured on this site have been white with red speed-block graphics. 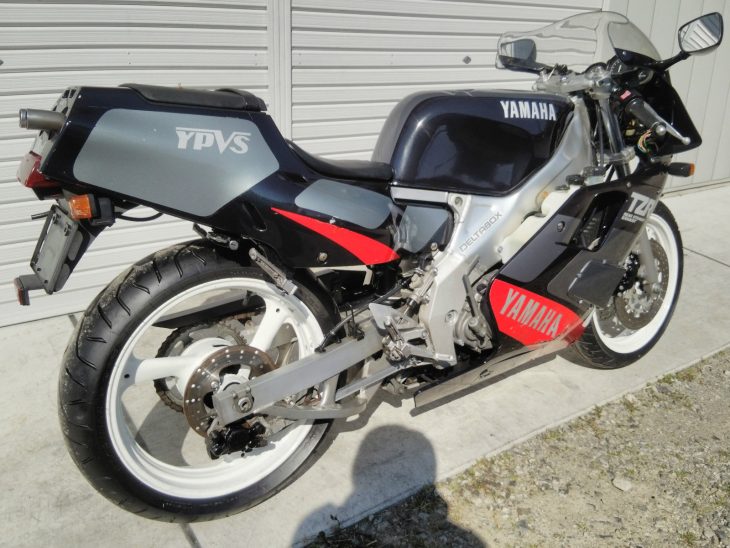 Earlier TZR250s from 1986-1988 used a conventional liquid-cooled parallel-twin engine. The 3MA version available between 1989-1990 had the cylinders spun around 180° with the carburetors on the front of the engine, and the exhausts facing the rear of the bike, tucked up under the seat and exiting through the tail, Desmosedici-style. This helped significantly with packaging issues common to two-strokes: those bulky expansion chambers need to go somewhere, and most other manufacturers needed to introduce “gull-arm” curved swingarms to allow the exhausts to tuck in close for maximum cornering clearance. 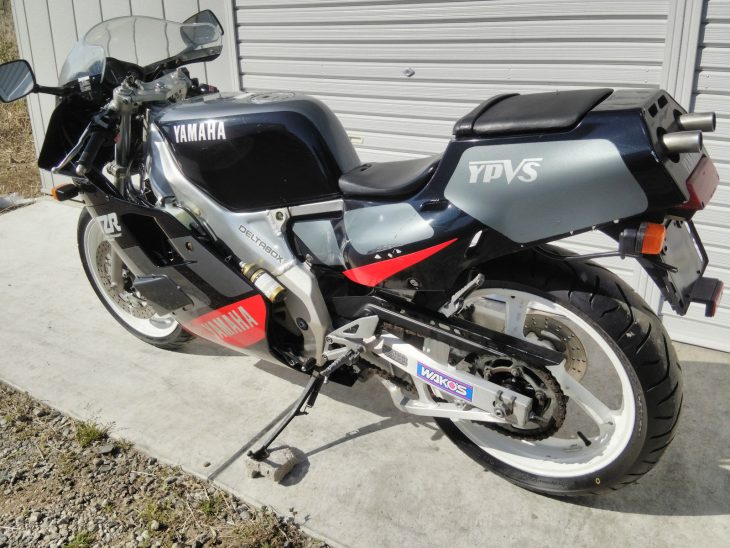 As with the other 250cc two-strokes of the era, the engine was backed by a six-speed gearbox and the frame was lightweight aluminum, Yamaha’s “Deltabox” design here. Power was restricted by government mandate to 45hp and weight was in line with the class as well, at just over 300lbs wet. 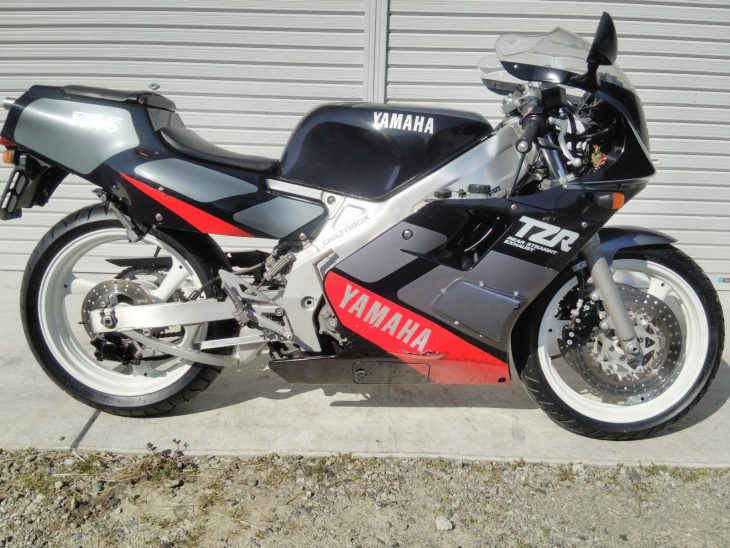 The bike is just imported from Japan. Not registered yet in the U.S. Overall clean bike. Very good running condition sharp response of the 2-stroke engine is still well. Can shift all gears very smooth. Brakes are work fine. Electricals are all working, aside from right side direction indicator. Has Yamaha genuine fairings. But has hairline cracks and chips and scratches on fairings. Fuel tank has some dents. Used motorcycle with wear more than 25 years old, so look carefully all pictures and video.

Speedometer looks like a Yamaha genuine part and shows 18,900 km = about 11,800 miles, but actual mileage is unknown.

Will needs new tires and fork seals too.

Again, this bike is sold without title. 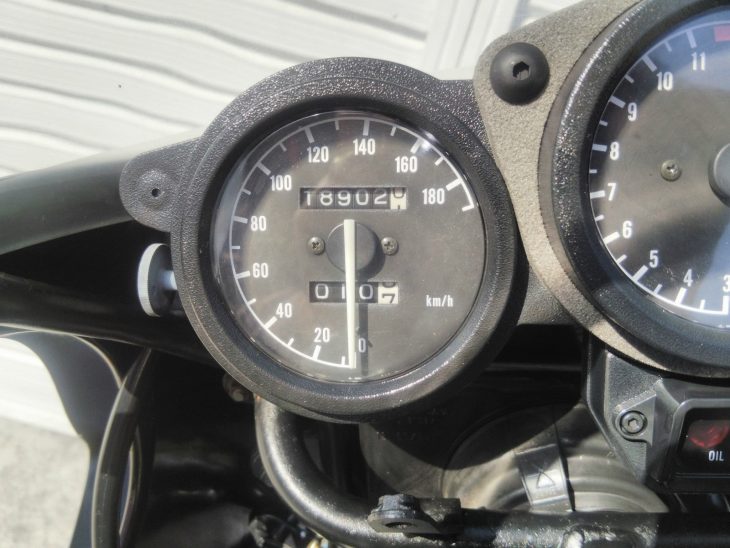 The seller also helpfully includes a link to a video of the bike being started, along with a link to plenty of additional photos. Obviously, the usual issues apply here regarding that lack of a title. But if you live in a state where getting paperwork for a bike like this isn’t impossible, that just means you’ll pay less for the privilege: in spite of the handling and performance on par with its contemporaries, 3MA TZRs currently cost far less than an equivalent NSR or RGV. Parts will prove to be more difficult to obtain, but you probably won’t be finding parts for any of these 25-year-old, Japanese-market two-stroke sport bikes your local dealer… 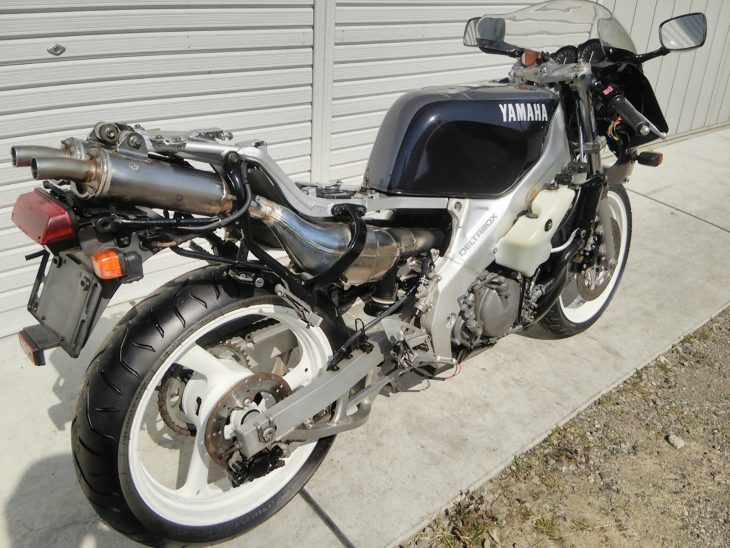