Update 6.18.2015: The owner has contacted us to update that this bike is sold. Congratulations to buyer and seller! -dc 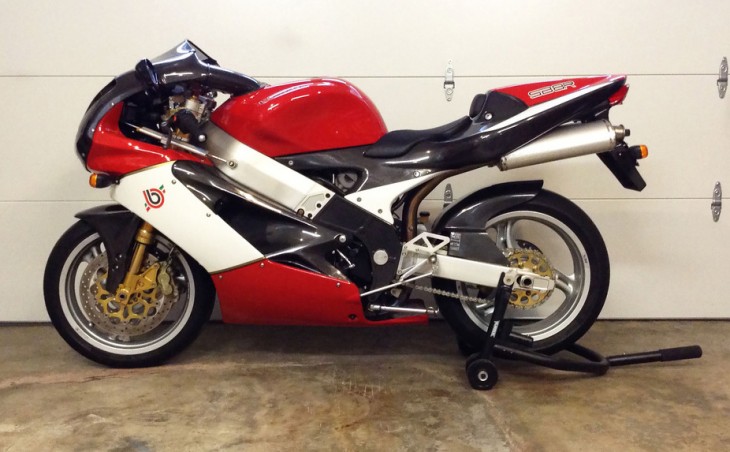 Today’s Featured Listing Bimota SB8R could be considered one of the marque’s most successful modern models, although you’re still looking at a low-production Italian exotic, with approximately 150 built.

After the V Due debacle, it was back to business as usual for Bimota, sticking reliable Japanese lumps into state of the art chassis they tried to get on their feet. And Suzuki’s thumping v-twin was certainly a brilliant powerplant in search of an equally impressive chassis. While the TL1000S and R met with mixed reviews, no one was complaining about the power and, with the 996cc engine retuned to a claimed 138hp and a weight savings of almost 50lbs compared to the donor TL, Bimota’s SB8 was always going to be an impressive performer. 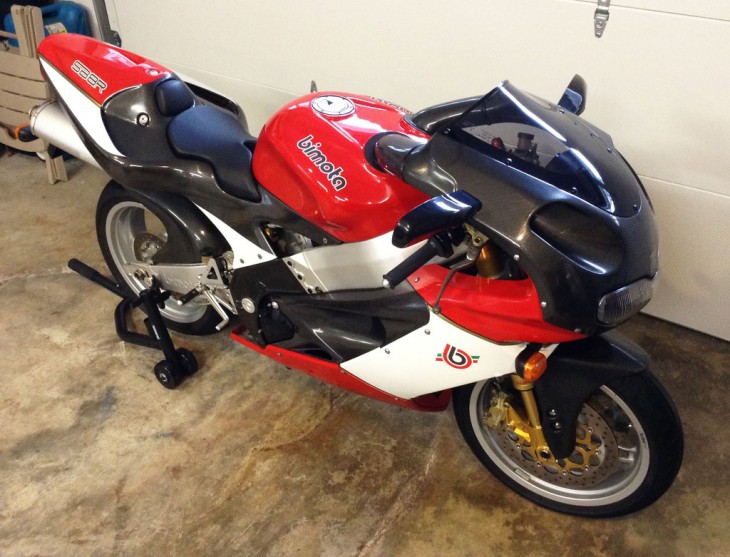 The SB8 is a handsome bike, and houses the original TL headlight in a bulbous, ram-air fairing with a bulging forehead. The intake tubes for the ram-air system are very prominent, but at least they’re formed from gorgeous carbon fiber. Which is good because you’ll have them in your face basically all the time… 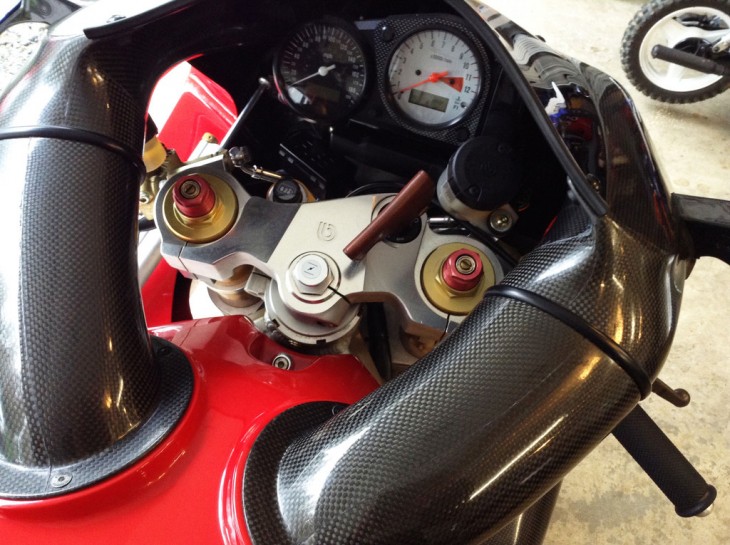 The frame is, in typical Bimota style, a masterpiece of cutting-edge design and materials, and was derived from Cagiva’s 500cc Moto GP bike. It featured an aluminum-beam front section and carbon side-plates bolted together to provide strength and good weight distribution.

This machine looks to be in perfect condition, with a laundry-list of updates, upgrades, and OEM spare parts.When all is said and done, at $12,500 this is a relatively inexpensive Bimota, but fairly expensive in terms of performance-per-dollar. But if you’re looking for functional garage jewelry and an unbeatable sense of pride of ownership, you’d have a hard time beating it. 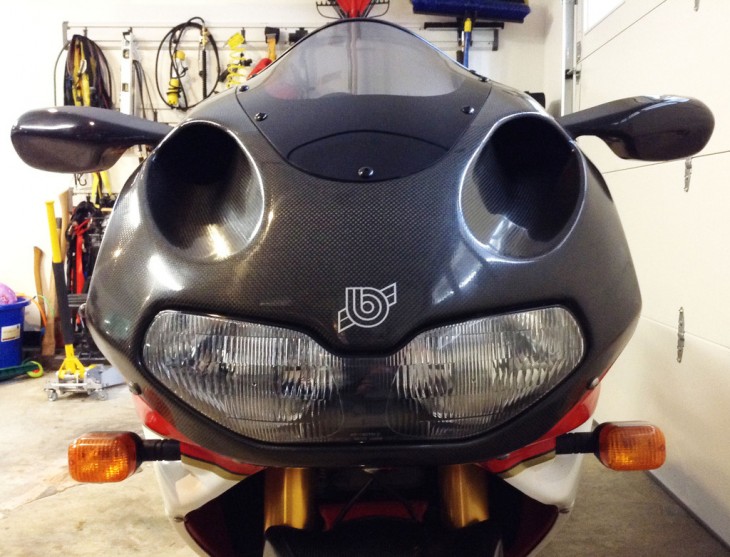 This bike was purchased new from Ducati Bellevue on 3/2/2002. The 1st owner was a local Seattle aerospace engineer who rarely rode the bike. It was never ridden in the rain, never left outdoors overnight, never around a racetrack nor has it ever been tipped over and/or damaged in any way. Kai at Red Label Moto acquired the bike and it has since passed to me as of 2012. Overall, this bike is in excellent condition and has a ton of hard to find goodies that are included with the purchase. I also have pictures of those as well if you’re interested.

The 1st owner made no modifications to this machine. His one mod was having a custom fuel trimmer or potentiometer made to work with the existing wiring harness. These bikes are known to have fueling issues due to the massive throttle bodies and this is where the potentiometer helps out. Unfortunately the potentiometer is old technology and the adjustment range was limited. I have since installed a PCIII that was tuned by Nels at 2 Wheel Dyno Works in Woodinville.

Some of the most recent updates to the bike include: 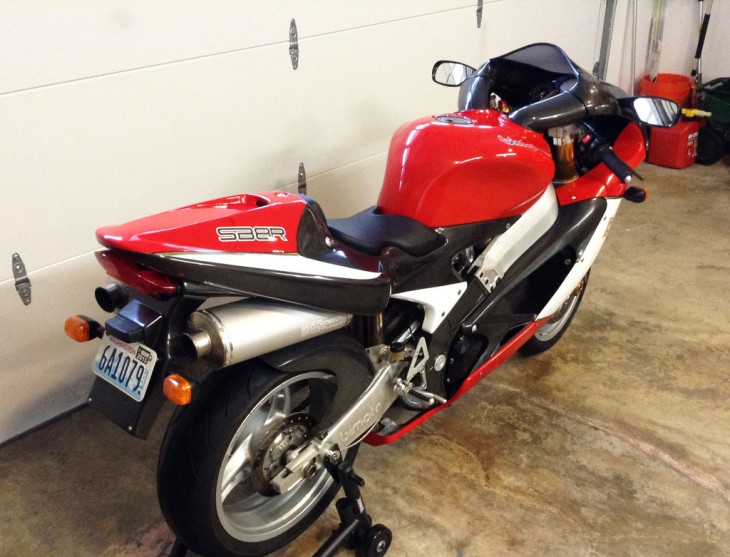 These do seem to change hands regularly with low miles, which is a shame, although this example is obviously no garage-queen, since the seller has made changes to make it more real-world useable.