While the world was off building 250cc and 500cc two strokes, Honda went their own way. Sure they built 250cc repli-racers (and even 125 and 150cc varietals). But when it came to the big two stroke, Honda took a cagey direction and built a mini hot rod. Emphasizing all the great points of a 250cc in terms of size and weight, Honda created a unique 400cc entry based on a V-3 configuration (just like their GP bike). The result was a bike not as powerful as the Gammas and RZs of the time, but more lithe and flickable than the bigger beasts. And although it was ultimately out-gunned on the top end, the NS400R could hold its own when the going got fun. While a V-3 engine configuration might seem odd, it was actually a stroke (pun intended) of genius. Laying the two front cylinders forward and the single rear cylinder upright, the frontal area of the bike could be made as narrow as a parallel twin. And while both the Gamma square four and the RZ V-4 could boast similar stats, the NS single rear cylinder allowed the frame and bodywork to narrow considerably – a boon to both ergonomics as well as aerodynamics. The reed-valve triple also made due with a single crankshaft, which kept mass and rotational weight down when compared to rivals. The Honda power exhaust valve – dubbed ATAC – mellowed the power delivery of the bike, but like all two strokes nirvana is best discovered up near the top of the tach. With an aluminum chassis to maximize the benefits of the V-3 weight distribution, a front anti-dive fork holding a GP-inspired front wheel, and bodywork mimicking the race-only NS500 GP machine, the NS400 was considered the most polished of the large-bore two stroke set. Typical Honda fit, finish and reliability pervade the machine and the riding experience. More from the seller:
Complete frame-off restoration
Rare Rotthmans racing scheme
Only 10,700kms (6,700 miles)
Very rare and the US and even more with CA plate/title
Many parts powder coated, refurbished, too many details to list
All original fairings repainted to original specs
Looks and runs amazing 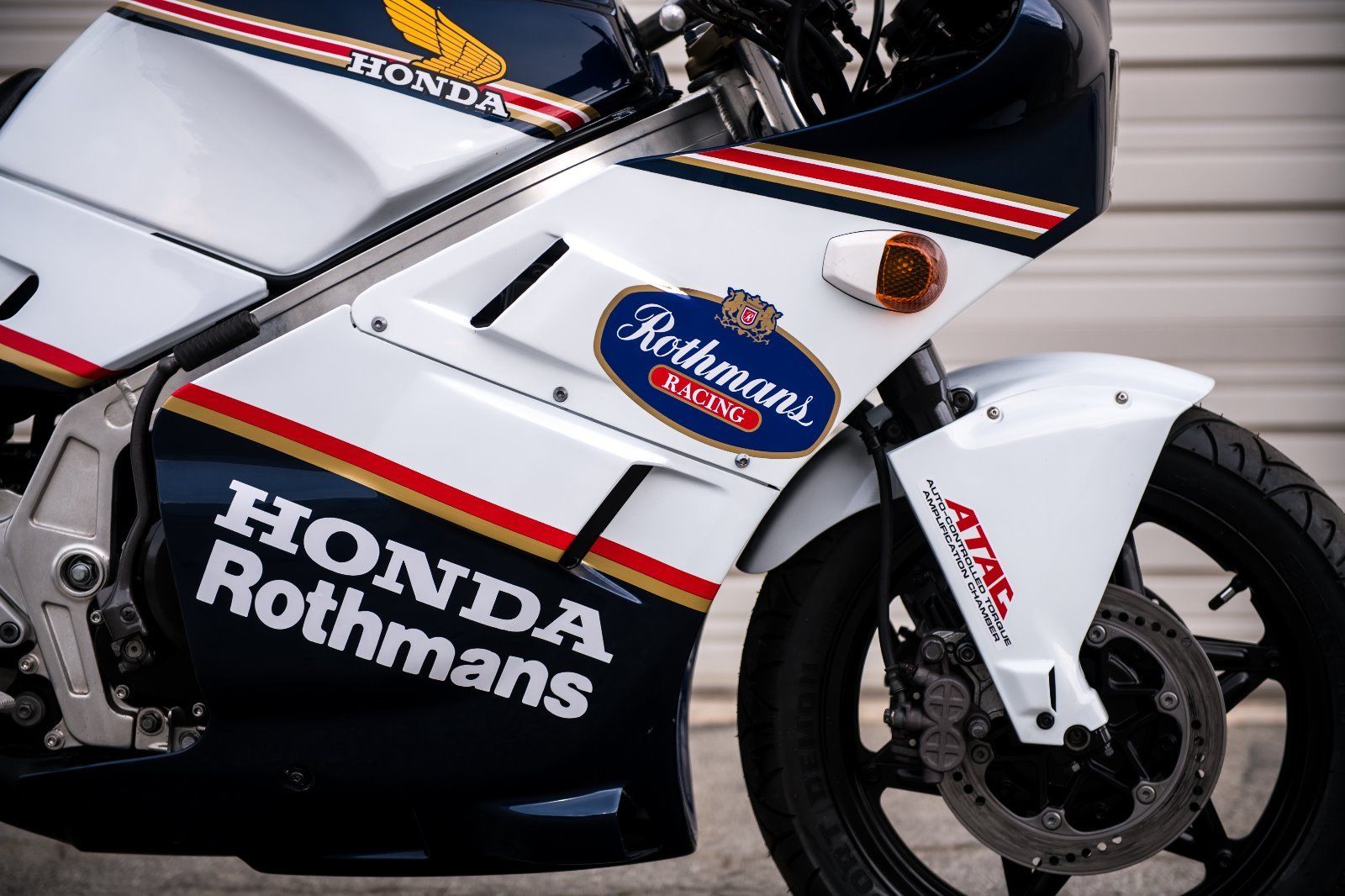 There is a LOT to like about this particular NS. First off, it has the rare Rothmans race livery, as opposed to the more common red/white/blue/yellow color scheme. It wears OE fairings, however they have been repainted. Thanks to what looks like a total refurb this bike is clean, clean, clean (just look at those pics!). For even more pics the seller has posted before, during and after images here. And while the rest of the world might not care, the California title is a nugget that is not to be missed. Here in Cali, two strokes are pretty much verboten – making this gem a bit of a unicorn. And chances are very, very good that a California title will enable reciprocity with nearly any other state of the Union. With importation and titling taken care of (a major headache for most), this restored NS400R is waiting for a new owner to ride off into the sunset. The bigger two strokes continue to rise in value over the years. The Honda NS400R is a very unique offering in this segment, and not as popular in numbers as the big RZ/RZV, nor as popular with collectors as the Gamma. And while some of this can be attributed to the more diminutive stature of the 400 (think Dani Pedrosa instead of Cal Crutchlow), the limited years of production (1985-1987) likely have much to do with it. It you are in the market for a classic two stroke from this era, do not discount the magnificent NS400R. And when it comes to specimens, today’s example is one of the best we have seen in a long time. Check it out here, as this auction is going quickly – as is the bidding. Get your hand in today, before this one is gone. Good Luck!! 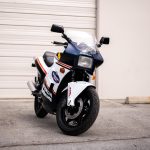 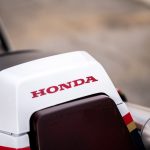 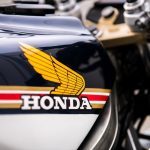