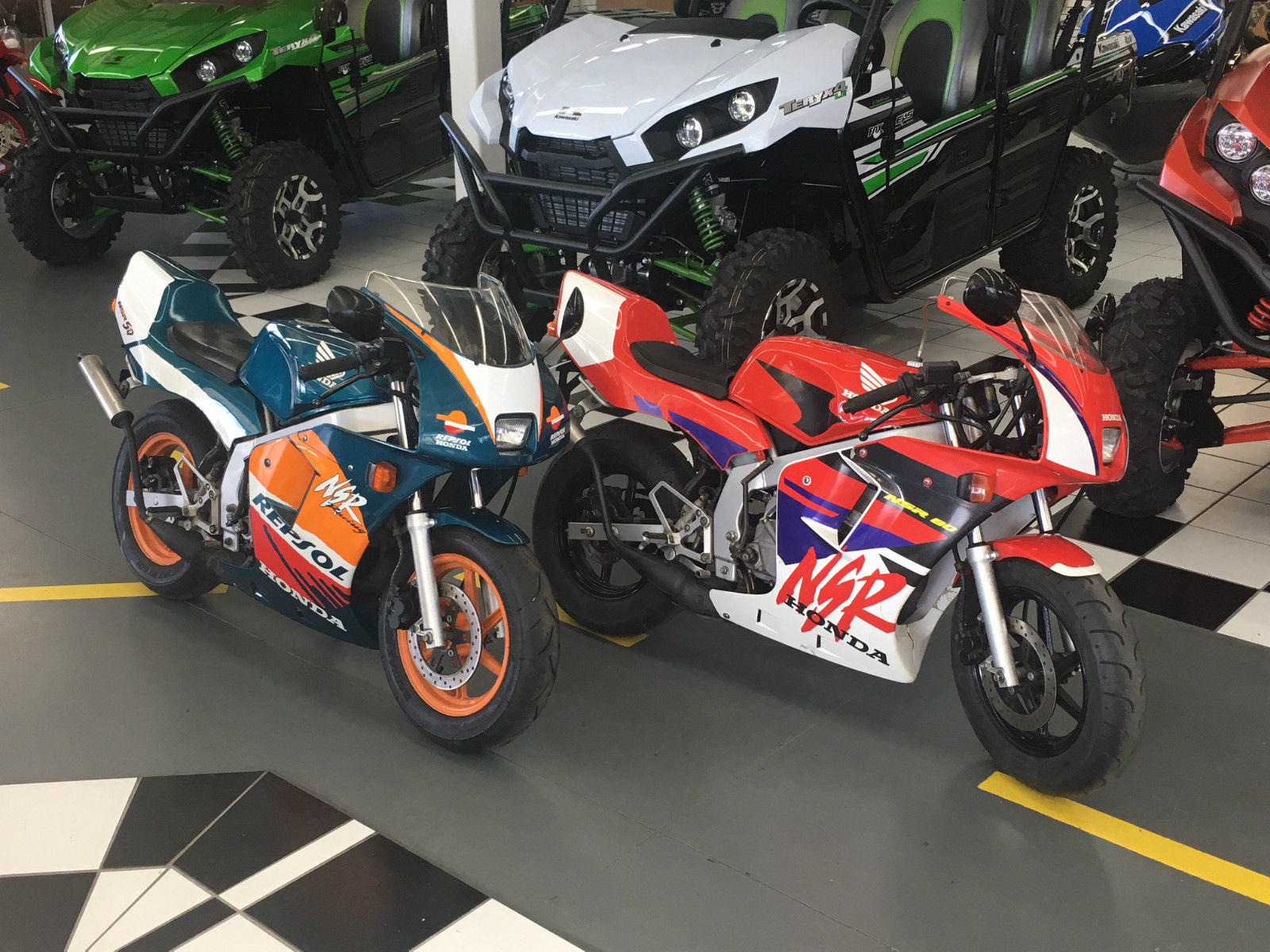 In many ways, sitting in the plush, corporate headquarters of RSBFS is a dream job; hours spent searching for the best rare sport bike classifieds every day. On the other hand, it is a bit like hell; staring all day at bikes I would like to own if only the garage were larger and the weekends longer. I won’t even go into the prohibitive cost factor of many dream machines. But today I get to post what I would best describe as some of the coolest toys imaginable; toys that won’t completely break the bank, drain the 401k, and place marital status at risk. Brought to us by the Utah collector who is thinning the herd, today’s find is a choice between a 1995 Honda NSR80 or a 1992 NSR50. Which would you choose? Read on! 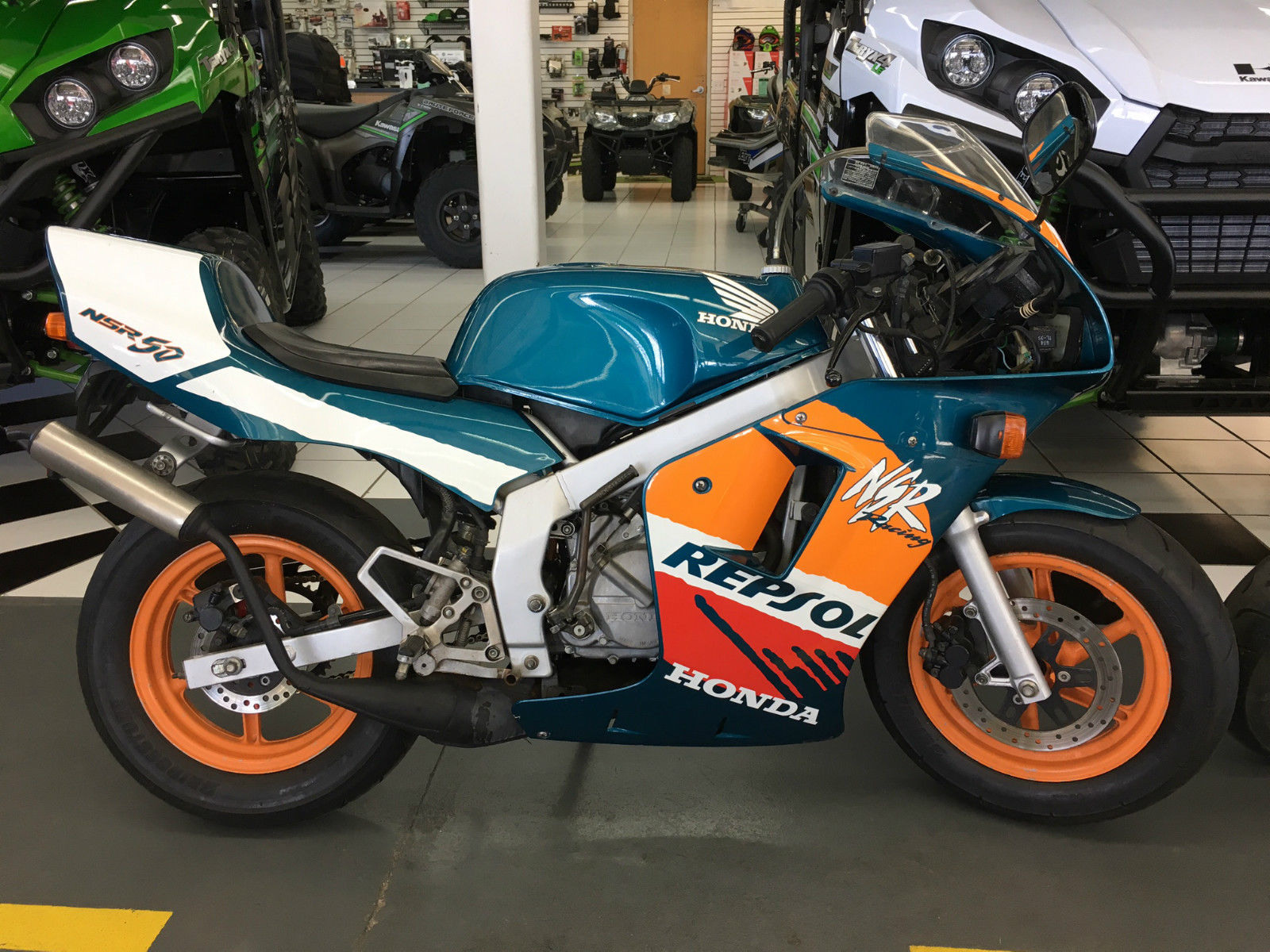 The NSR 50 is obviously the smaller of the two bikes, potentially eliminating it for some of our, um, uh, more “buff” readers. It is, however, the Mick Doohan Repsol commemorative model NSR50 – which makes it cool in its own right. Heck, anything with a Doohan sig is pretty sweet in my book – although I do find it odd that Honda chose to commemorate a 5-time 500cc Grand Prix champion with such a diminutive machine…. But that is another story. Powered by a 50cc liquid-cooled two stroke, the NSR50 won’t set any records for acceleration or top speed, but there is definitely enough there to make it fun; figure about 7 or so horsepower and a top speed in the 50 mph range. 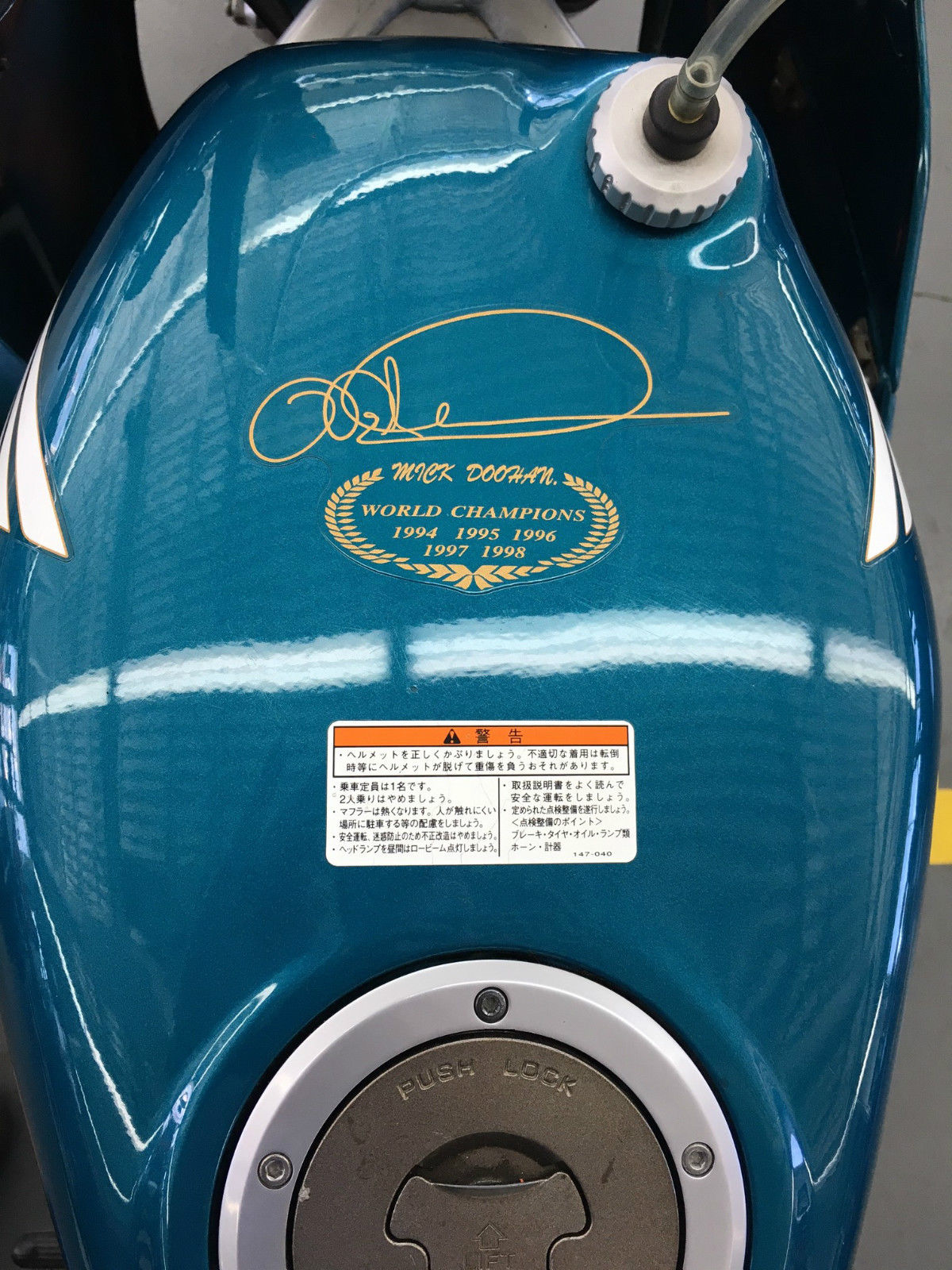 From the seller:
The Repsol NSR 50 has 14,113 kilometers (8,769 miles). Two tabs are broken on the bottom of the lower fairing where the two lower fairings come together. This is an easy fix with zip ties or fastening brackets or plates installed. There are scratches, dings and scrapes throughout but the bike has good curb appeal. Bike will be serviced with a new battery & new fluids (engine oil and coolant) Radiator looks surprisingly in excellent condition. Bike runs excellent like the day it was new. Bike appears to be completely stock OEM condition. 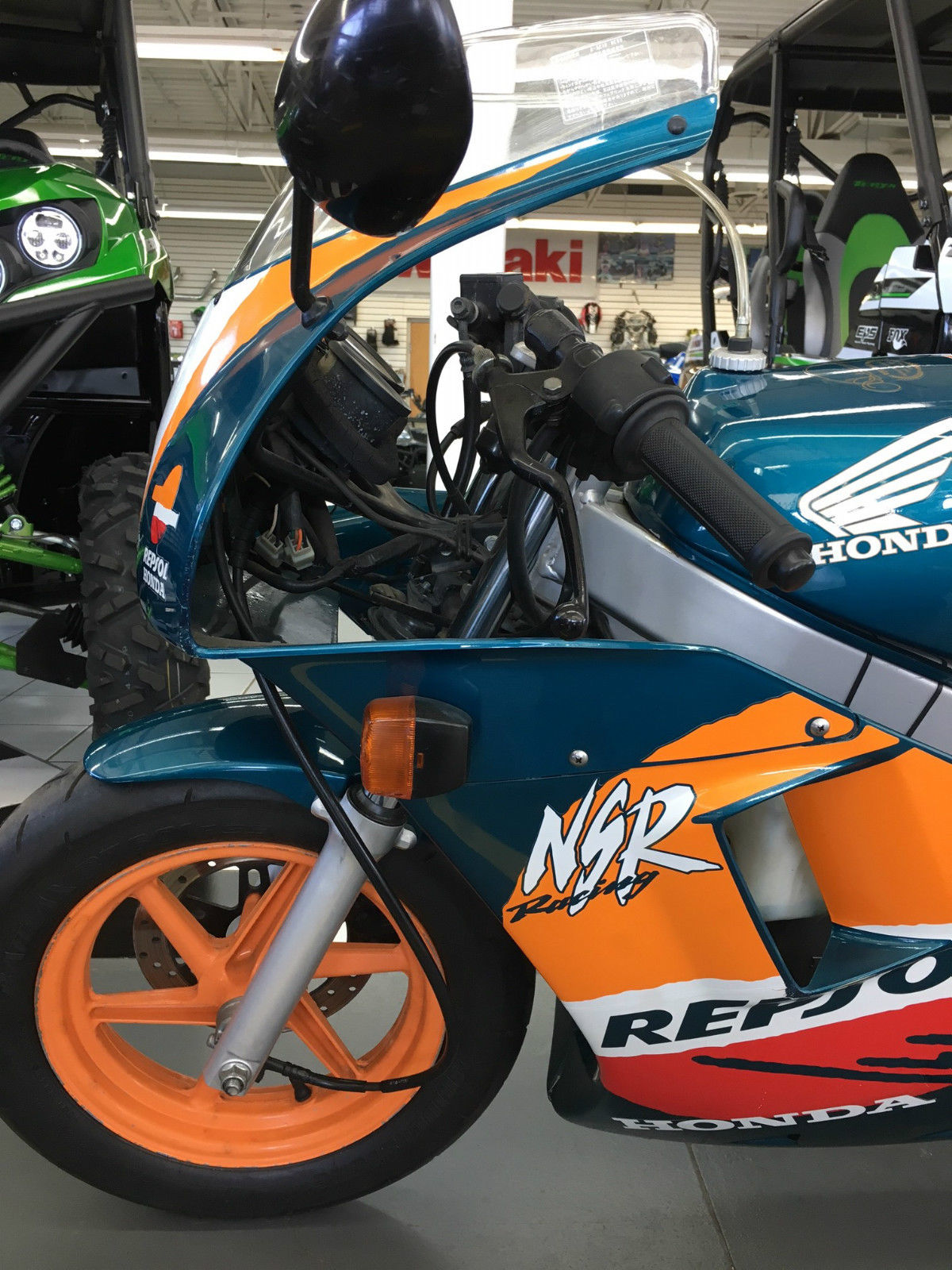 It surprises me that any of these bikes live to see past a year, as they were normally presents for kids with parents who loved them more than mine did, or purchased by the teenage set who more easily fold into the tiny cockpits. These bikes were also commonly raced in minibike road races held at karting tracks, representing a cost-effective way to exercise your racing muscle. A commemorative edition bike likely escaped the “my first little motorcycle” syndrome, but any small bike like this is an invitation to hoon; as such, abuse in this size class is rampant. This one seems to have escaped the majority of teenage angst, although it is far from perfect. 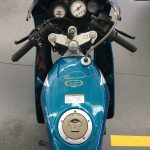 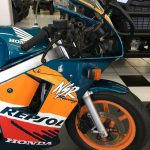 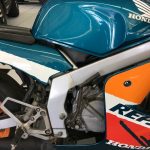 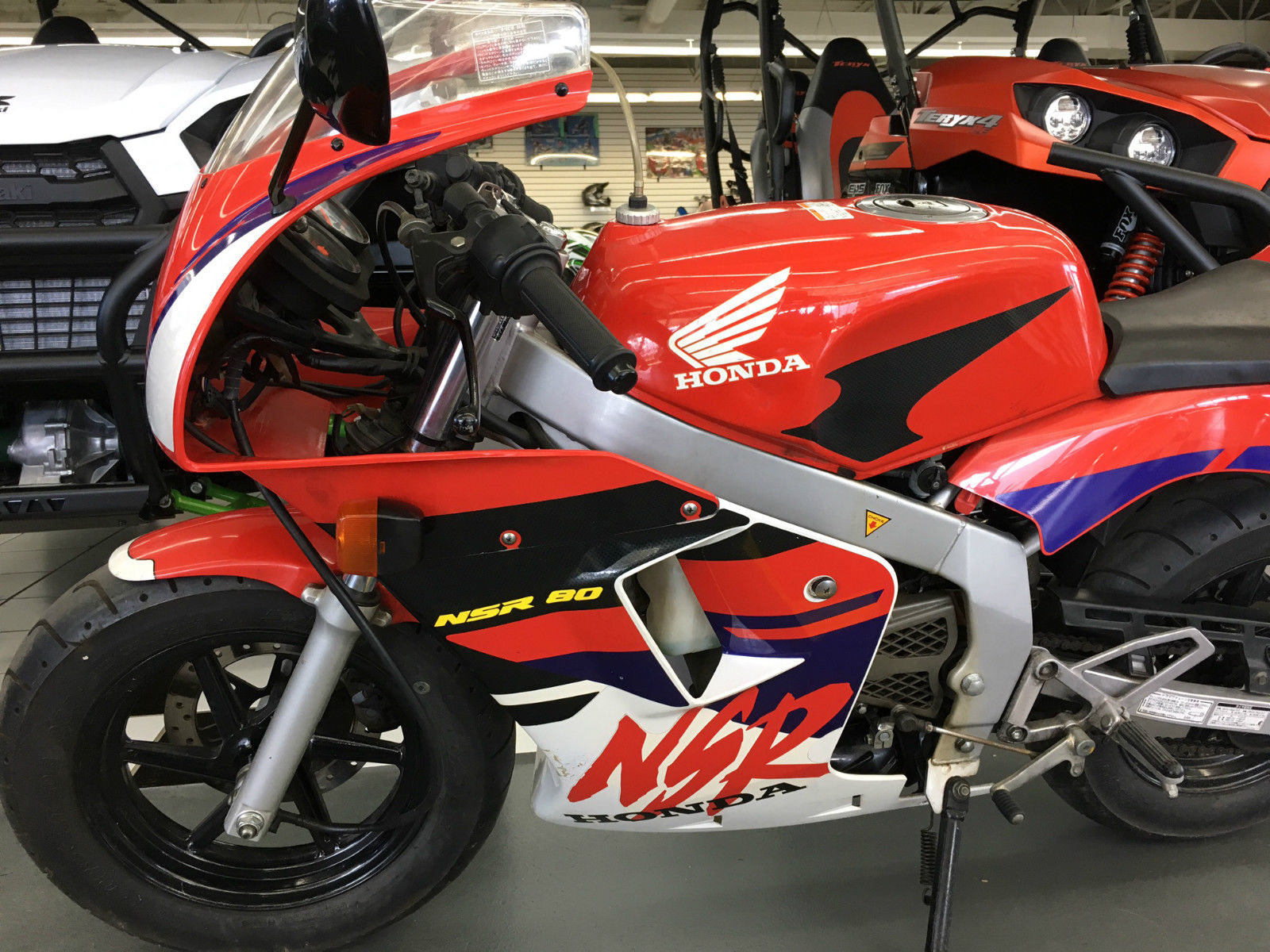 The flip side of today’s coin is a 1995 Honda NSR80. A bigger machine in stature and capacity, the NSR80 suffers from the same maladies as the 50cc version; small size and (relatively) cheap price made it an excellent platforms for beginners, teens and aspiring racers. Like the NSR50, the 80cc model is a single cylinder two stroke with liquid cooling. There is more power available than the NSR50 (an estimated 12 HP!), and performance parts availability seems to be more geared to the 80cc variant – if that helps sway any decisions. 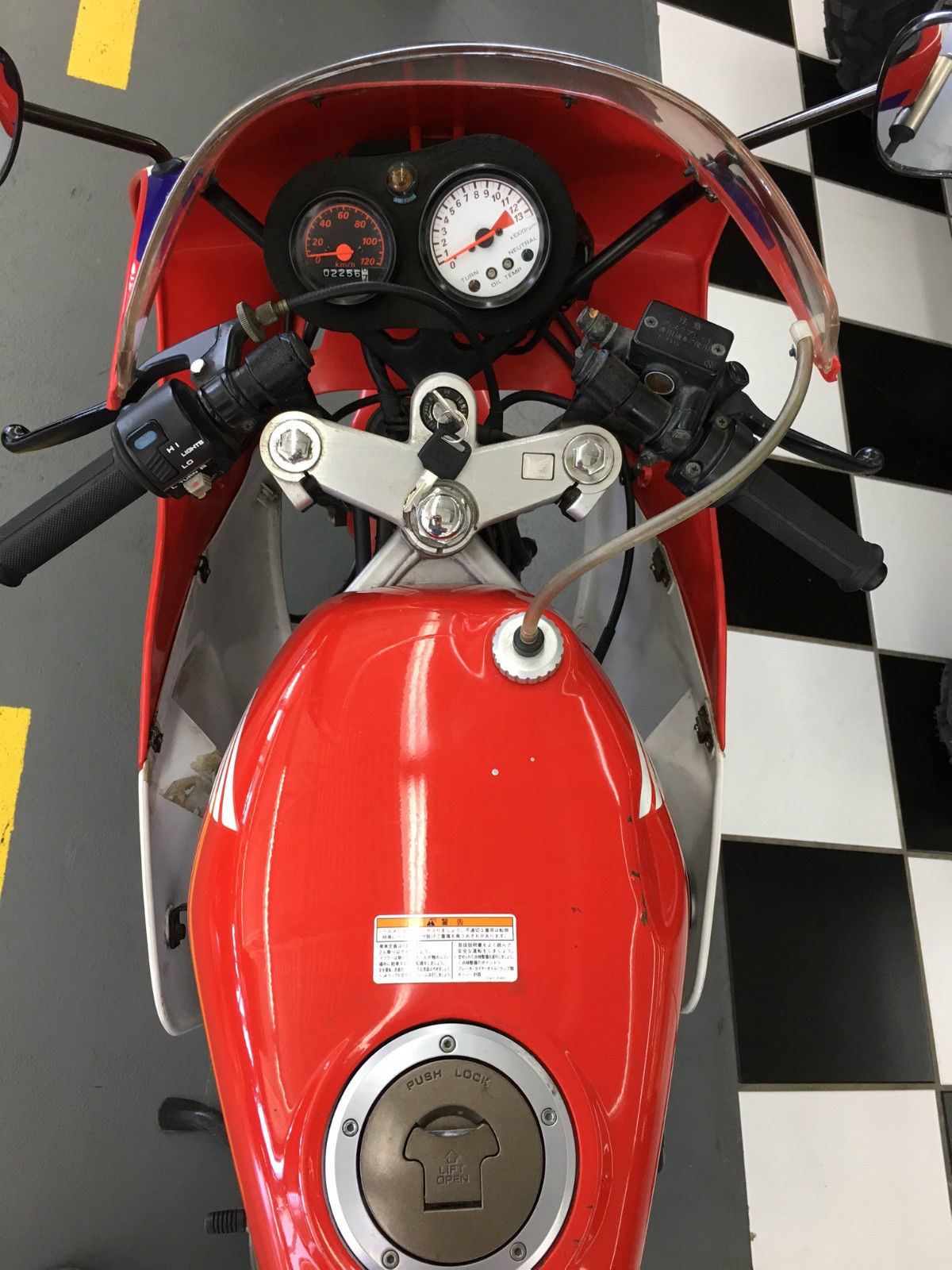 From the seller:
The NSR80 has 2,256 kilometers (1401 miles). It has several dents in the fuel tank. There are scratches, dings and scrapes throughout but the bike looks nice and has good curb appeal. Bike will be serviced with a new battery & new fluids (engine oil and coolant) Bike runs excellent like the day it was new. Bike appears to be completely stock OEM condition. 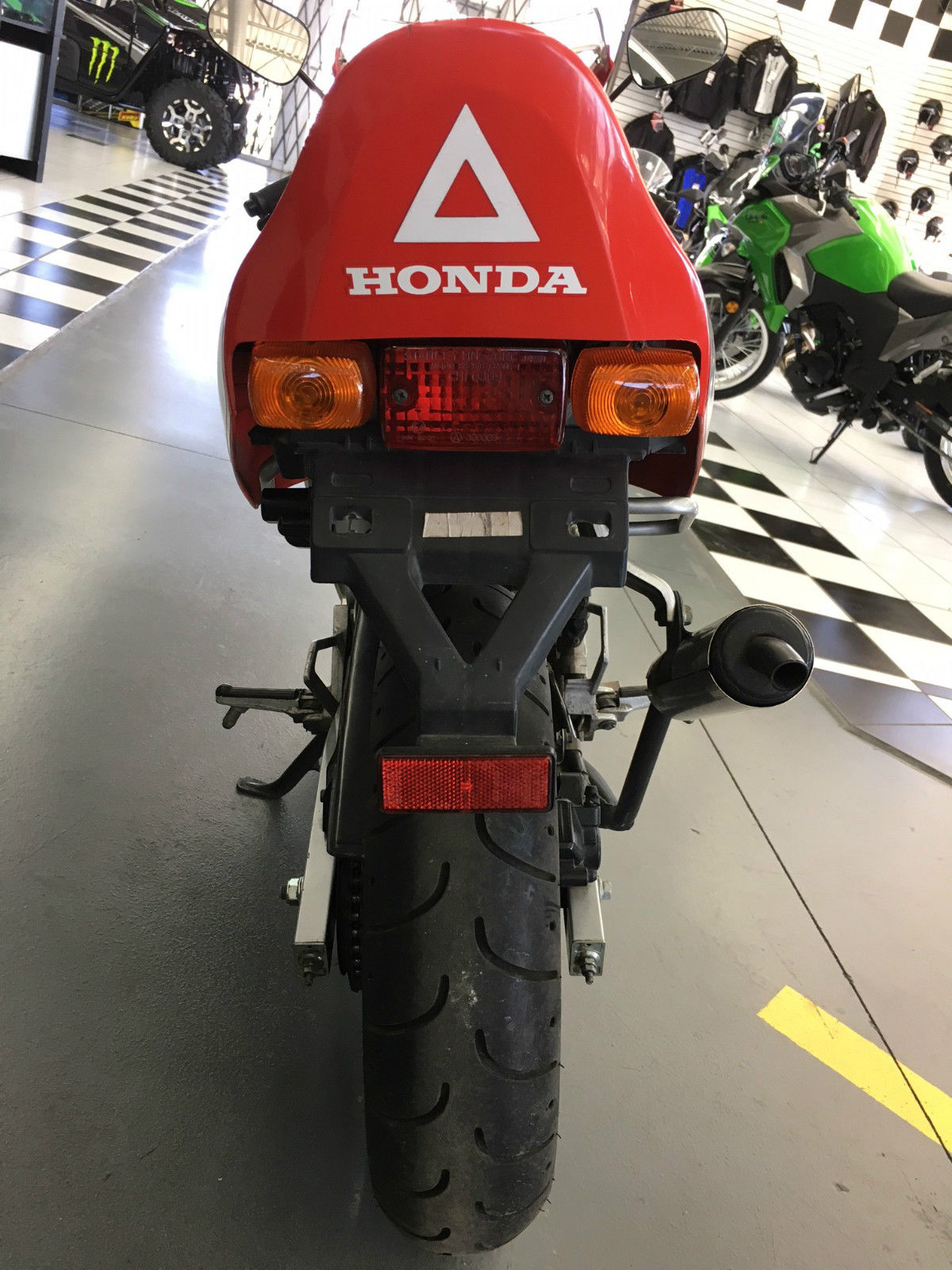 This bike looks a bit rougher than the Repsol edition bike. The tank scars indicate some possible low side activity. Again, given the predominant use of these bikes (kids, first time riders, minibike racing), I am amazed that they survive at all. So while this is certainly not in “put up on a shelf to let the world adore it” type of condition, if the mechanicals check out it could be a blast as a rider. 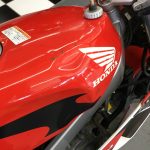 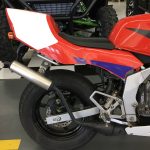 Here is the novel bit about this auction: Both bikes are in the auction, but the winning bidder only gets to choose one. We don’t see either of these bikes very often, so this is definitely a feast over famine situation. Which would you choose and why? No fair calling out an NSR50R or some other bit of super-rare race bike, but comparisons to the YSR model lineup are welcome. Good luck!!