Toward the left side of the sportbike diorama you’ll find the Ducati Super Sports, with bevel-gear drive desmodue and long tubular frame.  This example is one of the last before belt-driven cams arrived, and appears to be a special order with nickel plated chassis. 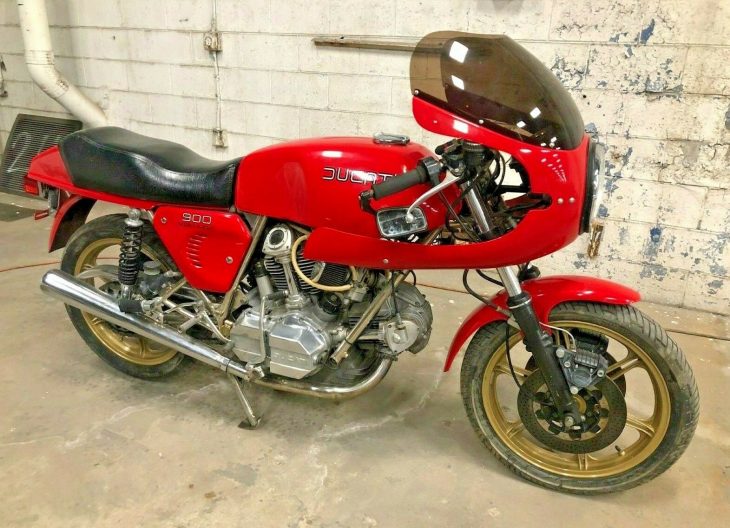 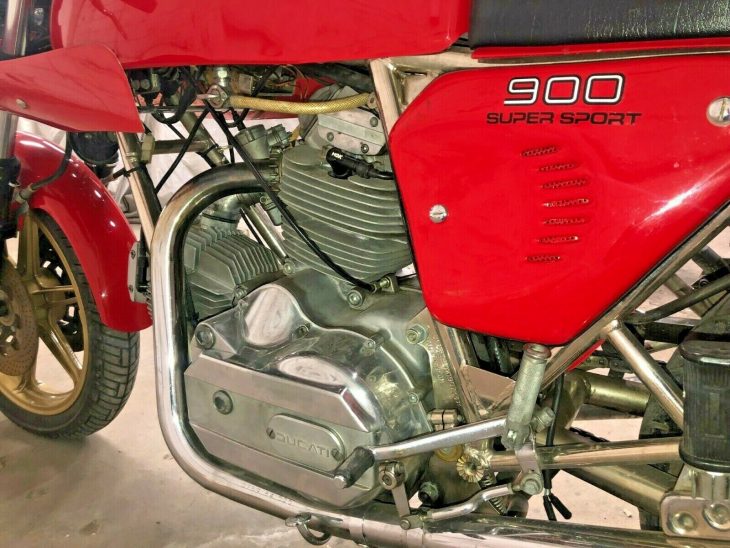 Close enough to be called a 900, the 864cc L-twin pushed 65 ponies with twin Dell’Orto 32mm carbs.  Giorgetto Guigiaro and Ital Design had been enlisted to pen the mid-70’s 860GT, and the bevel’s crankcases have the angular shape then in vogue.  The twin downtube frame used the engine to transfer loads to the swingarm connector, with Marzocchi dampers front and rear.  Brakes were triple solid discs of 280mm diameter.  The tank became more rounded than the GT, along with frame mounted fairing derived from the early -70’s racing bikes. 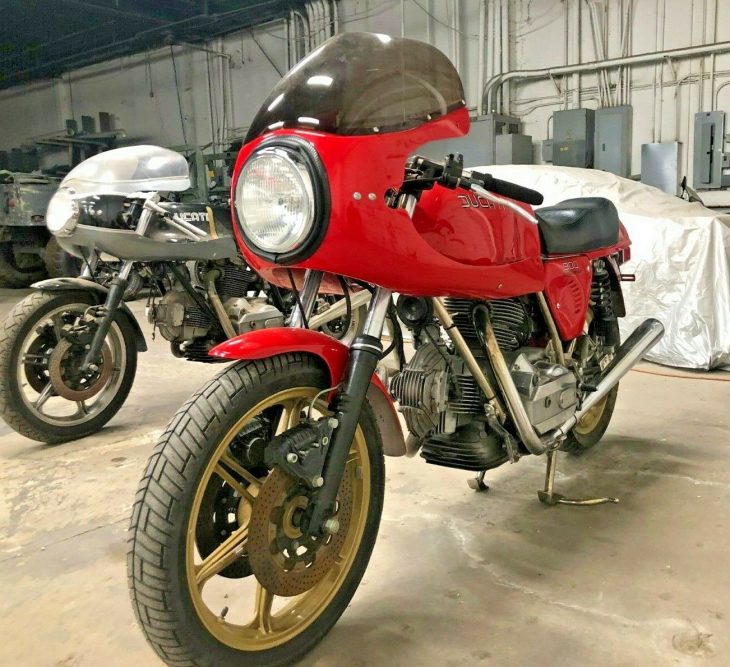 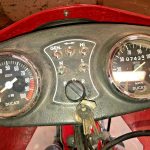 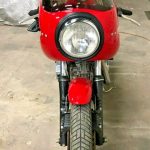 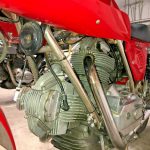 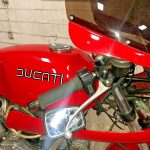 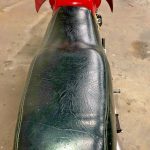 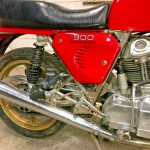 The El Paso dealer who offers this SS doesn’t delve into the history, but with just 7,500 miles it’s been accumulating barn dust for a while.  The clear bevel-drive covers show that there was a fan in the list of previous owners.  A vignette of Berliner Imports is in the auction, maybe they ordered it with the nickel plated frame as a display.  Some selective cleaning has been done, but there’s more.  From the eBay auction: 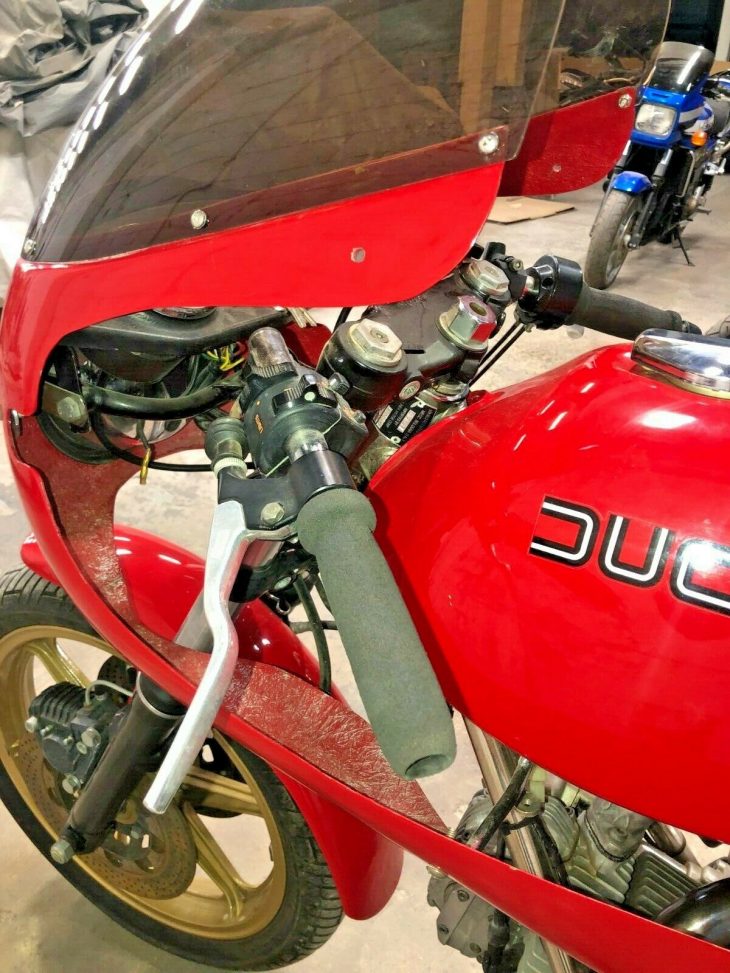 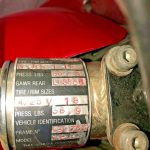 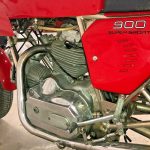 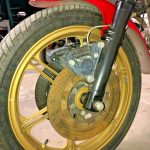 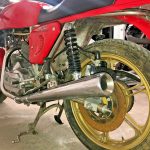 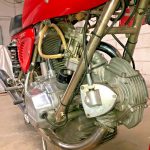 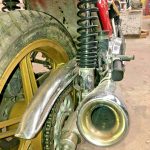 The bevels lost fans as other supersports caught up, but the bike reviewed as a stable high-speed platform, appropriately carburretted for the road.  Ducati got busy with the MHR’s, and not so many Supersports were built in 1981-82.  This one has great potential, maybe not monetarily with the buy-it-now, but maybe down the road.  When sold for a little less and restored to perfection, this interesting 900SS might be the hit of an early sportbike show. 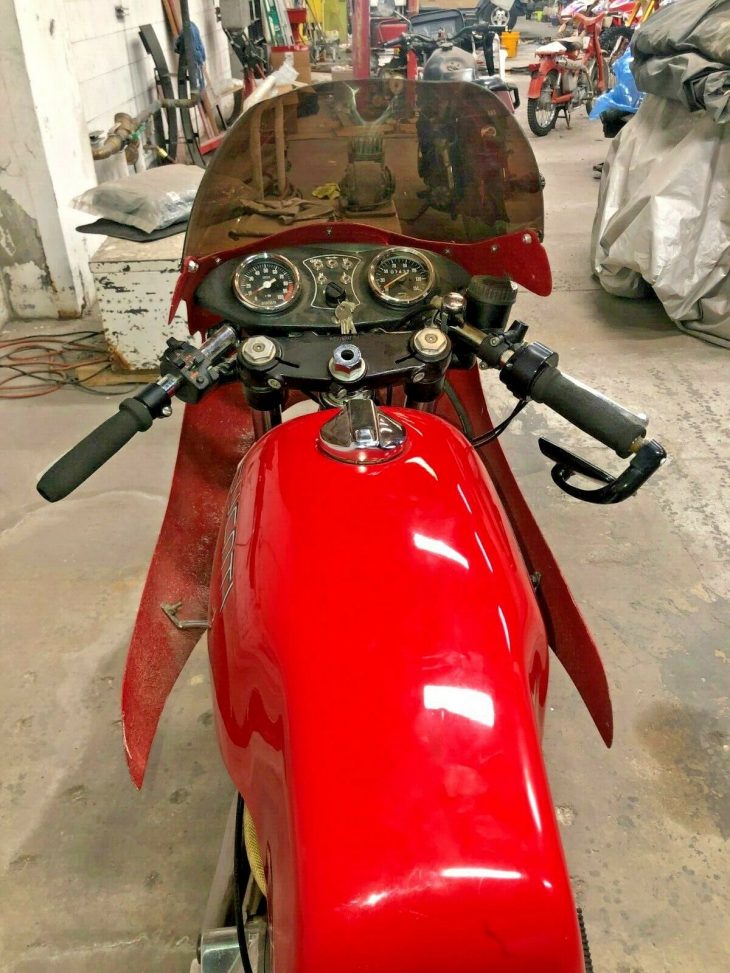