This eBay auction for a 2004 Aprilia RS250 Converted Cup Bike just sold for $7100 in Michigan. The owner notes this is a relisting due to a previous no-sale. 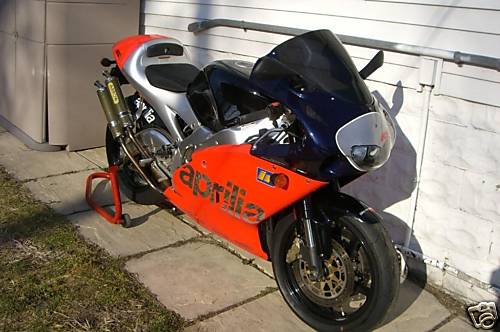 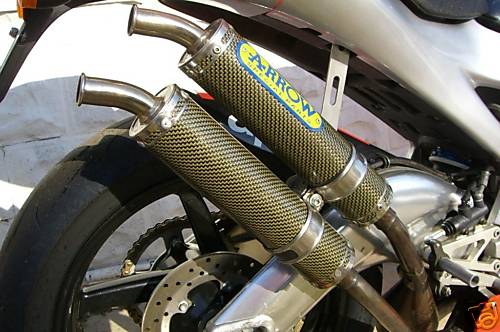 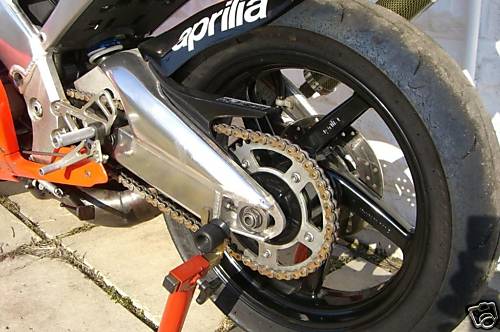 This is a street titled 2004 RS-250. It is a converted cup bike. Everything has been upgraded to exact street standards as they sell them in Europe. Harness, bodywork, lights, et. It has a clear Michigan title. You will not find many of these here in the USA. They are super nice light bikes that handle like razors. There is a bit of rash on the right side panel, (I bought the panel that way) and a small rash on the left swingarm as you can see in the picture. This is a low mileage bike, and it runs fantastic. I listed it not long ago for eight grand. It didn’t sell, and I’ve now priced it to move. The pictures don’t look half as nice as it does in person. Woodcraft Rearsets New DID 520 X-Ring Chain

Loving that shot of the rear tire!