This is a California TZR250 that has a very good asking price!  Located in Oakland, California is a 1989 Yamaha TZR250 that has a California title and registration.  The seller states that this bike has been sitting since 2007.  The story is, the current owner aquired the bike with the purchase of a house.  The title is in the current owners name however a disk brake lock will need to be removed, it’s missing pieces and it has been sitting for some time.  Make sure to see the title and, if you have any doubt, have the VIN checked by CHP before handing over any cash.  The TZR’s are the rarer of the imported 250s but, their still fantastic machines that have all of the same qualities the Suzuki and Honda bikes have.  This bike has great potential and isn’t doesn’t have an outrageous asking price at $2,000.  See the bike on Craigslist here. 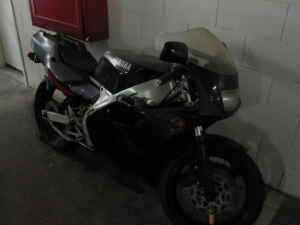 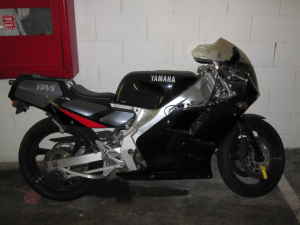 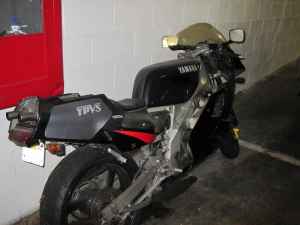 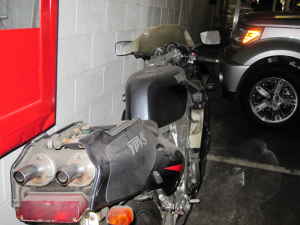