Introduced in 1986, the Yamaha TZR250 was the follow up to their RD family of sportbikes. Yamaha’s first go at a quarter-liter TZR had middling success: it wasn’t especially competitive next to more focused rivals from Kawasaki and Suzuki on track, but it was a far better roadbike. The TZR followed the standard two-fiddy two-stroke formula of the period, with a lightweight aluminum frame and fully-faired bodywork surrounding a 249cc liquid-cooled parallel twin, and midrange courtesy of Yamaha’s YPVS power valve. They claimed 50hp from the motor, which made the 282lb dry machine capable of a top speed north of 120mph. 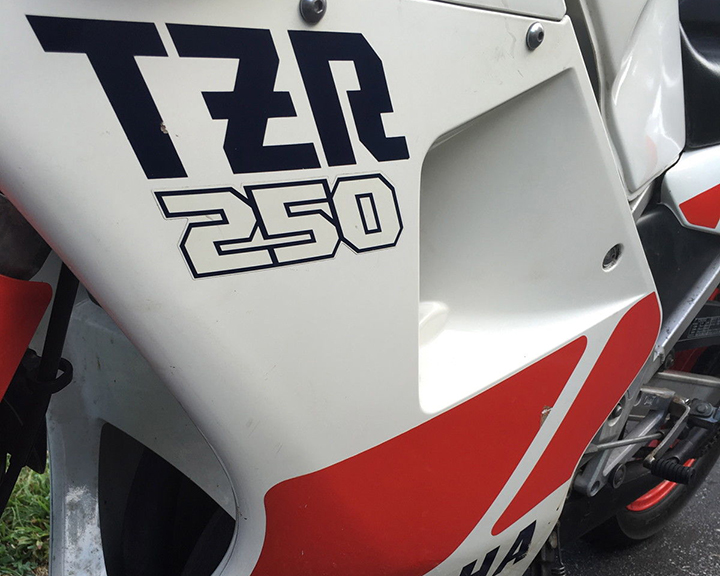 17” wheels could be found at both ends, although tire sizes fall somewhere near bicycle width in the front and front tire at the rear… The single disc brake up front was adequate and pretty standard for lightweight sportbikes of the period, although twin front discs quickly became the norm for the 250cc class. Apparently a “blue spot” caliper from an R1 or R6 will bolt directly onto the stock front forks if you feel you need a bit more stopping power, a little restomod touch, or a splash of color. The first TZRs were known as the 2MA or 1KT bikes, depending on the market in which they were sold. Later, the parallel twin saw its cylinders reversed in an effort to improve cornering clearance in the 3MA, before Yamaha switched to a v-twin for the final, 3XV version.

From the original eBay listing: 1986 Yamaha TZR250 for Sale

86 TZR250, 9362 Kilometers.
Imported from Japan one year ago.
Super rare. Runs well.
Will ship at your expense.

Well that’s not exactly a ton of information, almost an eBay haiku, but at least the seller includes a number of nice pictures. Even with the recent influx of grey-market two-strokes, the Yamaha TZR is pretty rare, although at that $6,000 Buy It Now price seems on the high side. They’re claimed to be relatively easy to maintain which is appealing, considering parts will have to ship from overseas most likely.

Interestingly, this particular little smoker is hiding in New Jersey. See: some good things do come from Jersey! Besides me of course: I grew up there. Actually, I’ve never really understood all the hate heaped on Jersey. It’s like people fly into Newark International Airport and decide that the whole place must just be more of the same. Or they get their information from uppity New York residents… Anyway, the state may be best known for its Jersey Shore bro-culture and really good tomatoes, but it is most definitely not known for having a permissive DMV, so I’m wondering about the status of this TZR. Is it registered and titled? The listing doesn’t say. Maybe that’s why it’s being sold after only a year? Considering that these early 2MA bikes are supposed to be most at home on the road, it’d be a shame if this was for collectors and track-riders only. 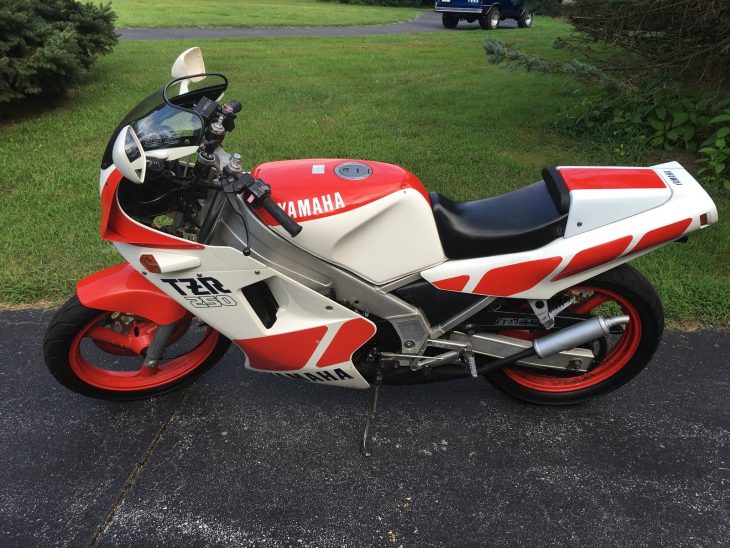