In the current economical situation of Europe, including the German new owners of Ducati (Audi), it is fair to assume that another prototype for the masses, will never be built. The Desmosedici has all the credentials to become one of kind for a long, long time. Ducati has invested great amounts of money and resources in the development of the 1199 Panigale. The R version of the Panigale is sold for 30.000 EUR over here. In comparison, you can get this way more exclusive Desmo V4 for 36.000 EUR. 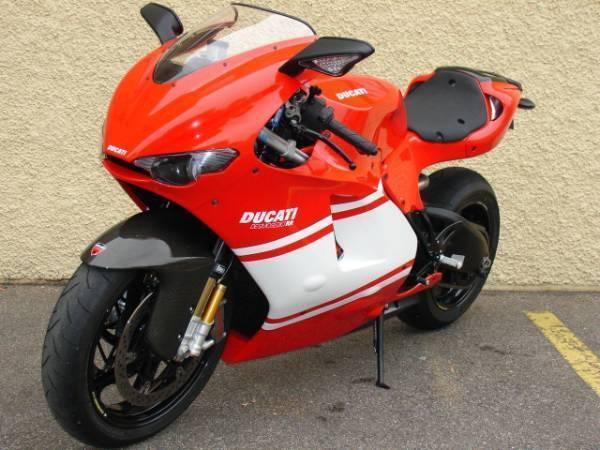 We are not talking about little cash, but with all due respect for the Panigale and for the hard to be earned money as well, I’d go for the V4 in a blink of an eye. I reckon that prices of the 200 HP small series (1500 were built) will start to rise at one point. Today, it seems that the evaluation of these 100% pure exotica are falling down, but don’t be fooled by this. Once people will realize that the cost of each Desmosedici was probably the same (if not lower) than the original asking price, and that no company will produce something like this in the next 10 years, then we will see the current downward trend turn 180 degrees. We know that Honda will (finally) re-create the real successor of the RC 30 (let’s not count the RC 51 which failed to impress), but will this really be based on current Pedrosa’s RCV MotoGp bike ? 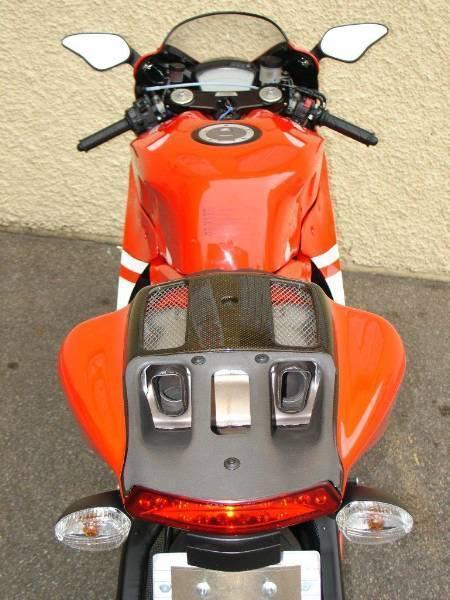 When Ducati entered the 4 stroke 1000cc era, it stormed the world with its engine performance. In 2007, the rules imposed 800cc engines, Ducati was ahead of everybody with this capacity development and the Aussie Stoner won his first world title on it. After that, we all know the troubles Ducati and its riders faced, when they replaced the trellis front half chassis with the carbon monocoque. From there, confusion overruled the Bologna factory and it’s position in the the world rankings of speed. The Desmosedici is really, really close to Ducati’s GP4/GP5 MotoGP bikes, it won’t have the same power and weight because the materials used are not the same, the maximum rpm is way lower, the reliability is way higher, but the architecture of the bike and the engine are a direct descendant of the first Moto GPs of Ducati (ever). How will it be to ride ? People say it is a very stiff bike that requires ruthless decisions and hard corner entries. But we don’t want to ride it like Stoner, first of all because there isn’t anybody out there like him (Casey, please come back…c’mon don’t you want to race with the new star Marquez ?) and second, because the Desmosedici is made for the track, but the excitement of riding a real race bike on public roads, legally (I mean it has license plates, mirrors and turn lights), is too high ! If you wish to own a piece of history, a real Ducati special, the first true MotoGP replica, or just make an investment, this is about the right time. If you don’t believe me, let’s talk again in 7 years time and see how many bills will be required to put your hands on the only Ducati V4 ever built… 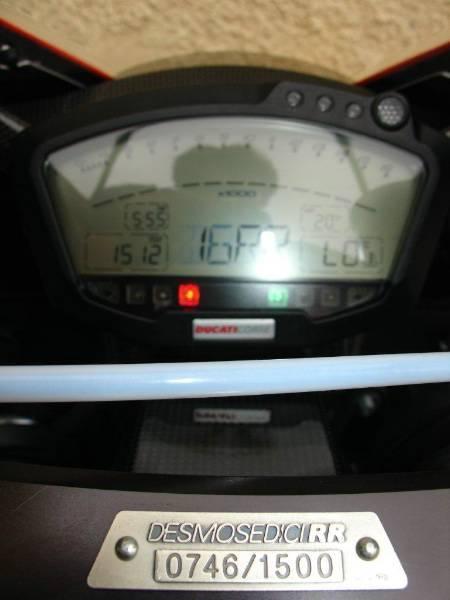 and it comes with open Ducati race exhaust that allows the motor to reach close to 200 hp.

P.S. if anybody is really eager to prove me wrong, please sell me a Desmosedici for less, please, I want one… 🙂