One of the shining stars of the two-stroke GP era, the hugely popular Kevin Schwantz and fellow American Wayne Rainey made headlines for their epic rivalry and “winner-take-all” on-track brawls. Although he actually raced an RGV500, a number of Suzuki’s road-going RGV250s were created with replica paintjobs to capitalize on Schwantz’ racing success riding with Lucky Strike and Pepsi colors. 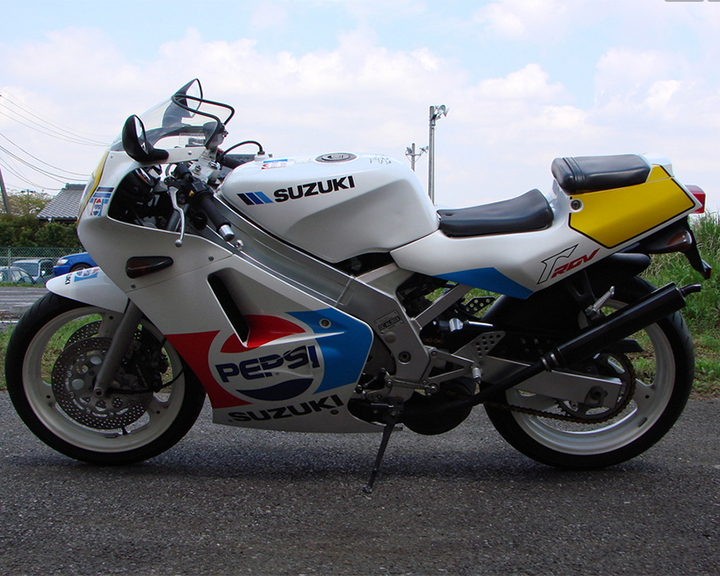 RGV250 Γ “Gamma” followed Honda’s lead with a switch from a parallel-twin to a 90° v-twin engine, although the later VJ23 version switched to an unusual 70° v-twin in 1997, likely for packaging reasons. Aprilia also used a modified version of the little v-twin in their RS250 in strict adherence to the “if it ain’t broke” philosophy, although they did make a few minor performance tweaks… 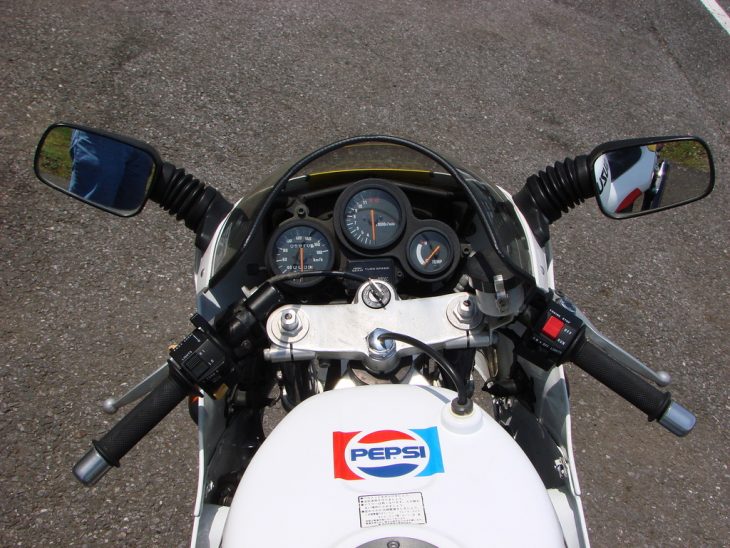 That engine was suspended in a lightweight aluminum frame, with triple disc brakes, a 17” front and an 18” rear wheel. The SP version of the bike also used adjustable suspension front and rear, a step up from the more basic models. Overall, the RGV250 matched the on-paper specifications of competing bikes from Honda and Kawasaki, with approximately 60hp on tap and 300lb dry weight. 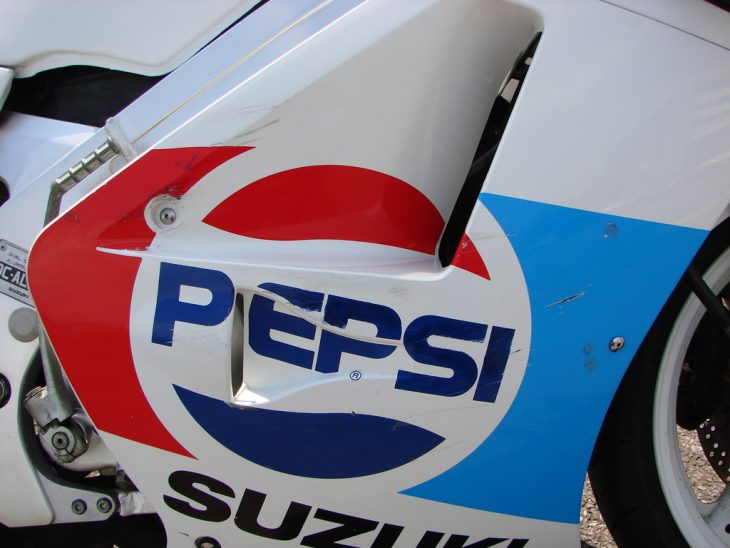 From the original eBay listing: 1989 Suzuki RGV250SP for Sale

Pepsi Edition located in Santa Ana, California. This bike is in very good condition for its age. Engine runs good, but could use a light carb clean. There are a few minor scratches on the fairing and two small dents on the front of the fuel tank. There are no cracks in the plastic. Bike has only 5910 KM = 3546 Miles on the clock. Pepsi RGV250SP are very hard to find in Japan now in this condition. Bike is sold with a bill of sale only. I don’t have a title for the bike. Look at the pictures carefully and ask questions before you bid. This is a USA only auction. Again, this bike is sold with a bill of sale only, no title. More info on this bike is available on our website. 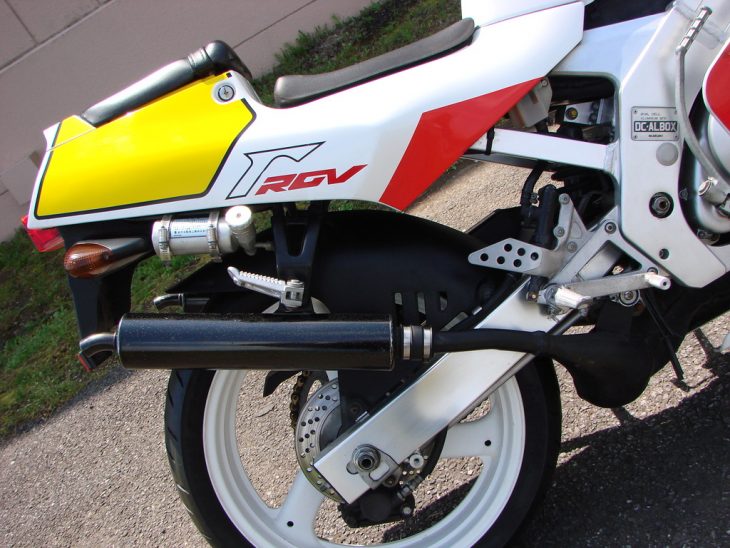 This is obviously a very cool motorcycle, but presents a couple problems for a potential buyer. For street riders, the lack of a title is a very real issue. Sure, in some very permissive states, registration may be possible. But for the rest of us, a fat sack of cash delivered to a morally-flexible DMV employee might be the only route to road-legal status. And for collectors, the physical imperfections might be an issue. I mean, if you’re buying an RGV to sit on display, you probably want it to be pretty pristine, unless it’s a famous racebike or something. So what’s left? Track-day riders? Hoarders? I’m sure there are plenty of folks who’d love one of these to thrash, but with an $8,200.00 starting bid, I think this particular bike will prove to be a tough sell. 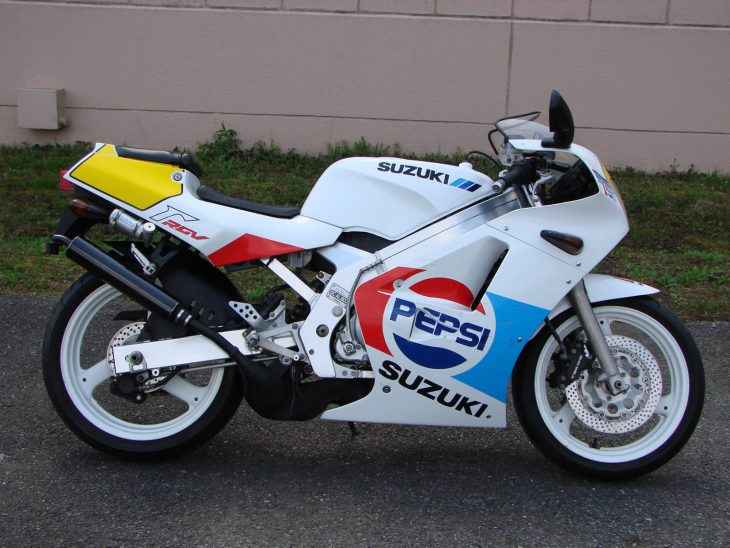