Stateside fans would probably say Yamaha are generally at the forefront of technology and leading-edge fabrication, but bucking that trend was the little SRX250 and the SRX series in general.  The 250 wound up a single-year special for us, with an eye on fun and the bottom line, and that still might be case for this Ohio example. 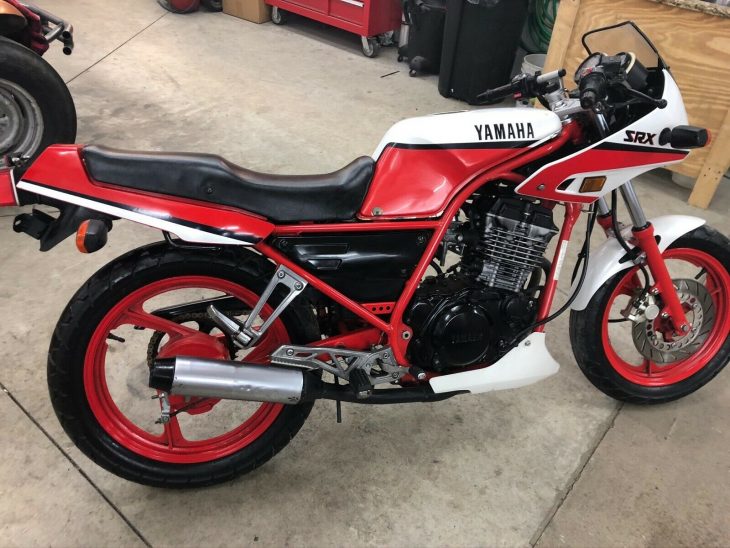 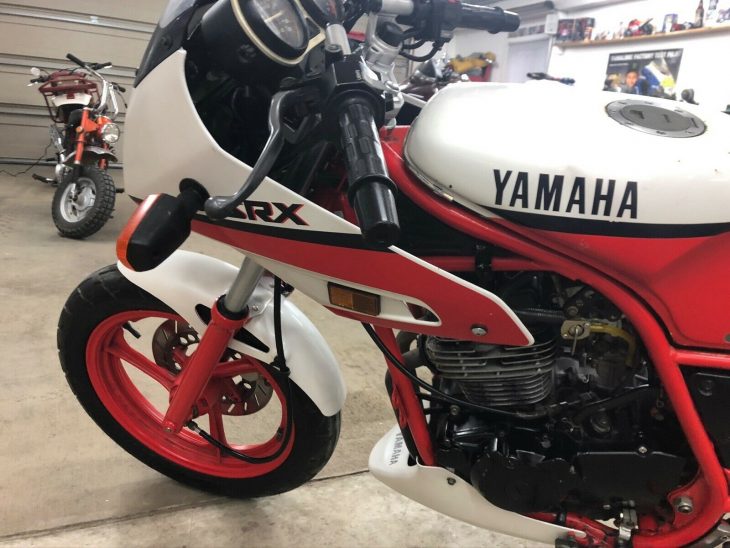 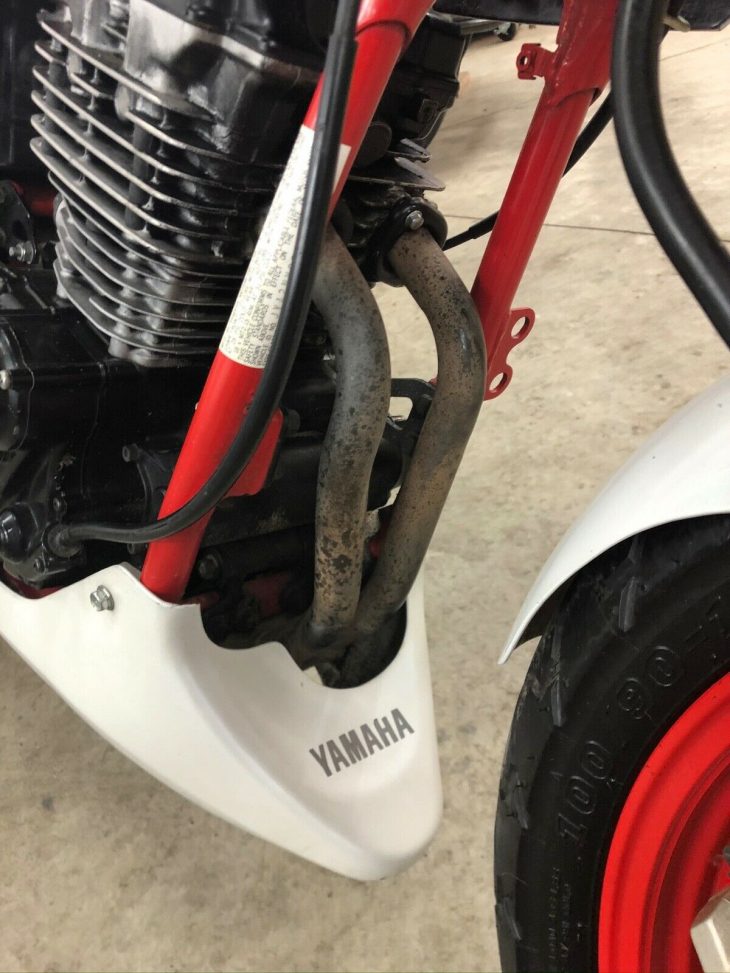 Yamaha introduced a line of four-stroke singles, with a 600, 400, and 250cc models, mostly for the domestic market.  A steel tubing frame loops smoothly around the upright air-cooled engine.  On the 250, a 22mm carburetor is on one side of the head, with seeming dual exhausts from the front.  The six-speed transmission is a relatively up-to-date concession to the 10,000 rpm required to make 32 hp.  A single front disk and rear drum suffice, along with 33mm forks and monoshock rear.  Tires are almost the same width but staggered diameters with 16-inch front and 18 rear. 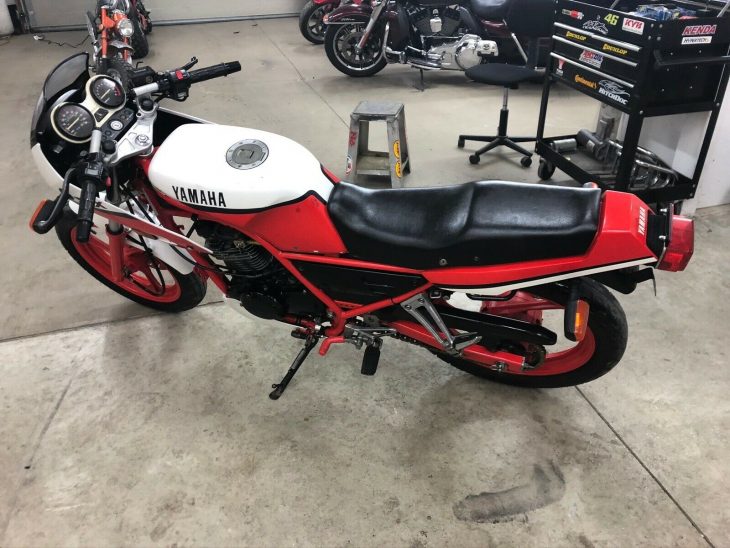 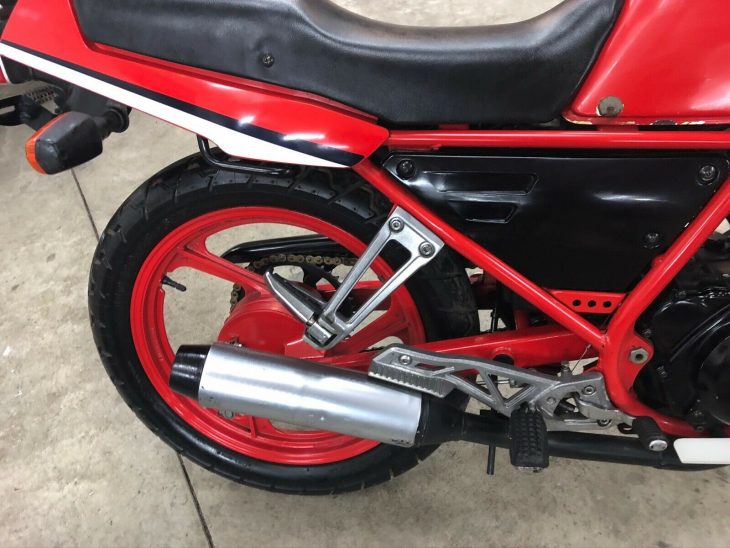 With 10,700 around-town miles, it would be unfair to expect a creampuff and this SRX shows average wear.  The red frame and mostly white bodywork hasn’t aged badly, but could use a little sprucing up.  The wheels look very light and are in good shape.  Mechanically, there’s just not that much to go wrong.  From the eBay auction:

Rare 1987 Yamaha SRX 250.  These bikes were only made for one year.  Great collector bike but also a cool daily driver.  Runs great and right down the road.  It does idle a little ruff.  Just needs rode.  All the plastic is solid – no cracks.  Tank is in good shape it’s for age.  As you can see in pictures it’s not perfect.  No tears in seat.  All lights work.  Have a clear title. 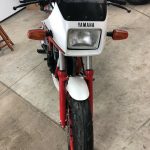 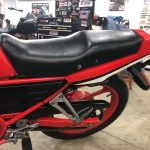 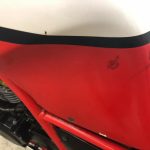 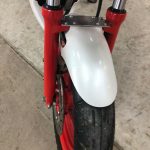 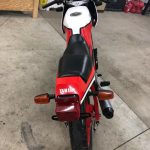 Better suited to an occasional errand than a commute, the SRX250 could still make a massive pit bike or learner’s permit birthday gift.  The red and white livery echoes larger Yammers from the -80’s, though it wasn’t a long-term success here.  The sensible starting bid and what looks like an easy restoration might sway a fan of the brand. 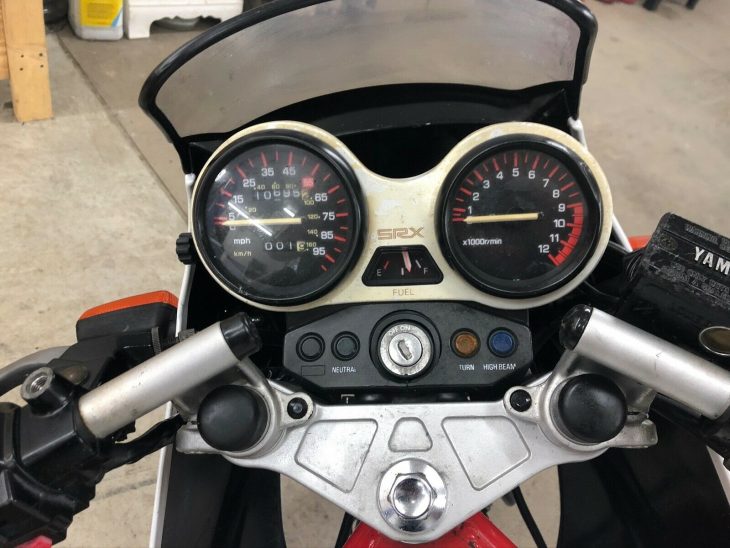