One benefit of the tighter World SuperSport rule book was that since less could be modified for racing, the showroom specials sometimes came better equipped than their WSBK stablemates.  Here’s a Bay Area Ducati 748R whose great looks stretch the truth about its twenty years since new. 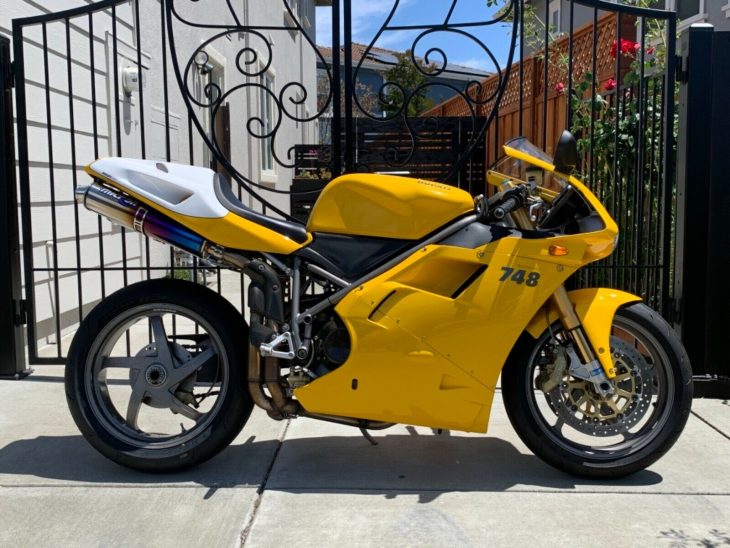 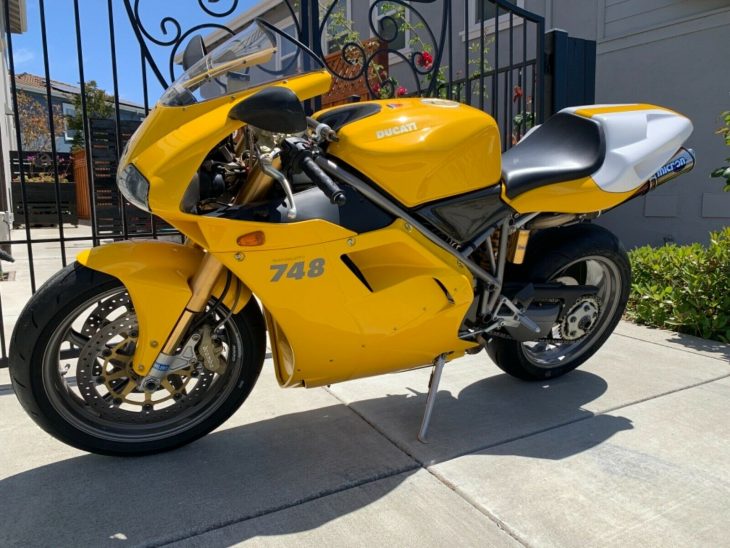 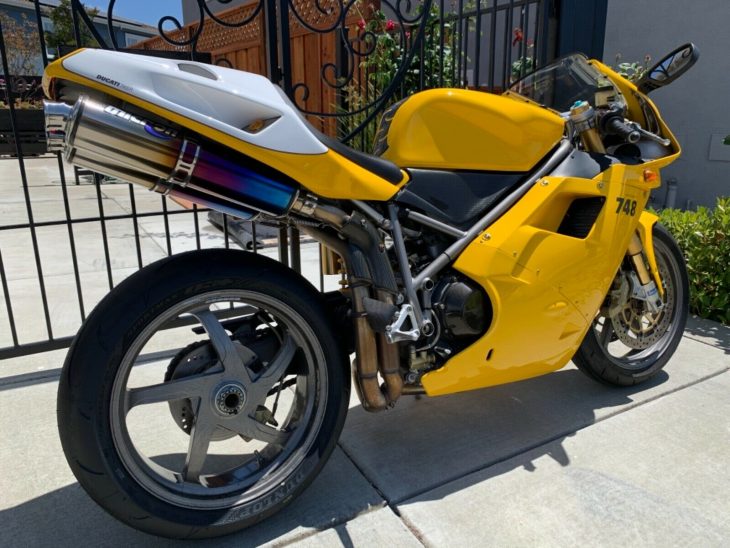 Most of the 748R’s differences aren’t visible, like the titanium connecting rods and valves, allowing 12,000 rpm and 105 hp.  Lifting the tank and opening the carbon airbox will let you see the shower injectors and spacious trellis to accommodate.  More accessible are the Öhlins dampers, 320mm Brembo brakes, and light 5-spoke alloys.  The close-ratio gearbox helps you take advantage of that higher revving engine.  The fairing is a close match for the 996, though 748’s are often seen in speed yellow. 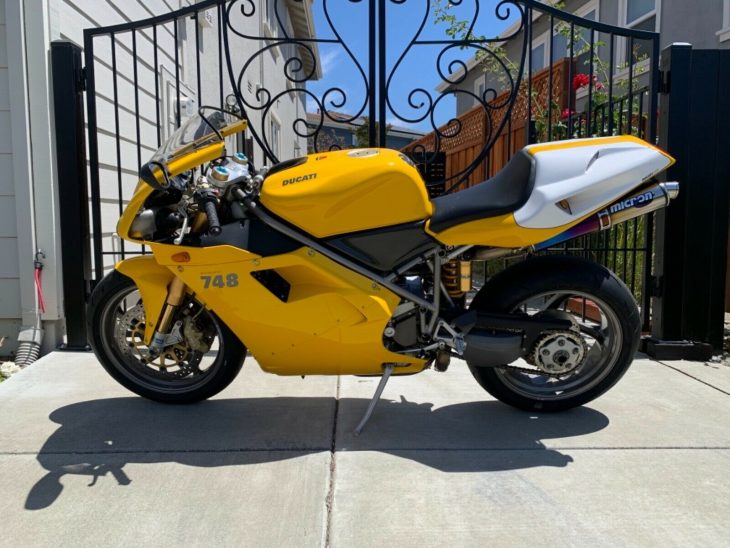 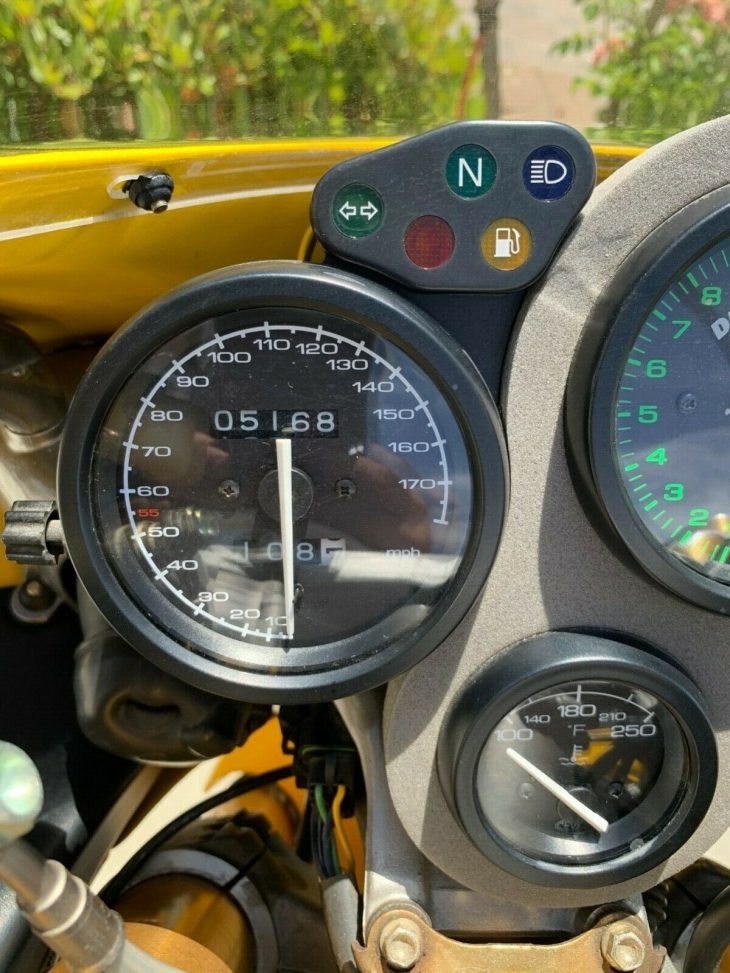 None of this 748R’s cosmetic defects are shown in the pictures, but they sound pretty minor.  The Micron exhaust is unusual with its blue-red fade design, but not seeing any other mods.  The interest is there as bids are over $9,000 but haven’t crossed the reserve threshold yet.  The owner reviews recent maintenance in the eBay auction:

Only 2,610 Produced of which 185 U.S. Models
Year 2001 only 100 shipped to U.S.
Only 5,168 miles
The Ducati 748R was produced from 2000 through 2002 as a homologation to compete in the World Superbike Championship Series.  This 748R is not only registered in California, has a clear Title.
Some may argue this is the holy grail of the 748 series because of the limited production, larger frame, overhead shower-injector arrangement.  This Race Homologation Model also has titanium rods, valves, crank and high compression pistons.
Bike has a 1.25 inch scuff mark located on the right side fairing and 1.5″ scratch on the on the right side of the headlight.  Rear wheel has brake fluid splatter on right side.  Aside from those flaws, the vehicle is very clean for being 20 years old.
This bike runs and rides excellent.
4/11/21 Clutch fluid flush and oil change done myself
5/15/21 Serviced and inspected at Nichols Sportsbike in Milpitas, CA
-New set of Dunlop tires installed
-New timing belt
-Brake fluid flush 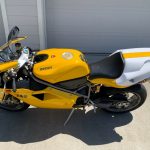 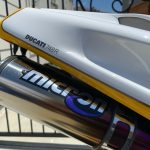 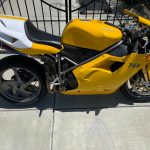 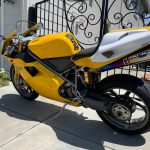 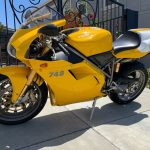 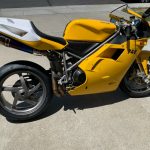 The eminent Quail Motorcycle Gathering and Ride would have this been this month, just an hour or so ride for this 748R, but was cancelled again this year and will re-boot in 2022.  Perhaps more classic oriented than this 2001 race prep machine, there still might be room for a rare R-model with the venerable 916 nose. 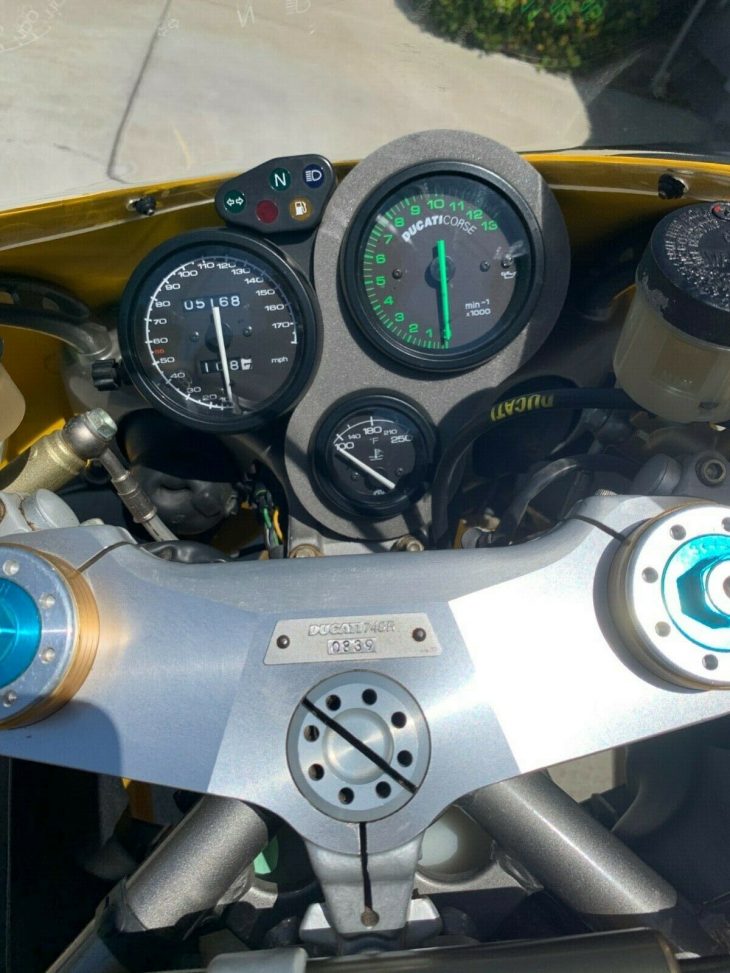