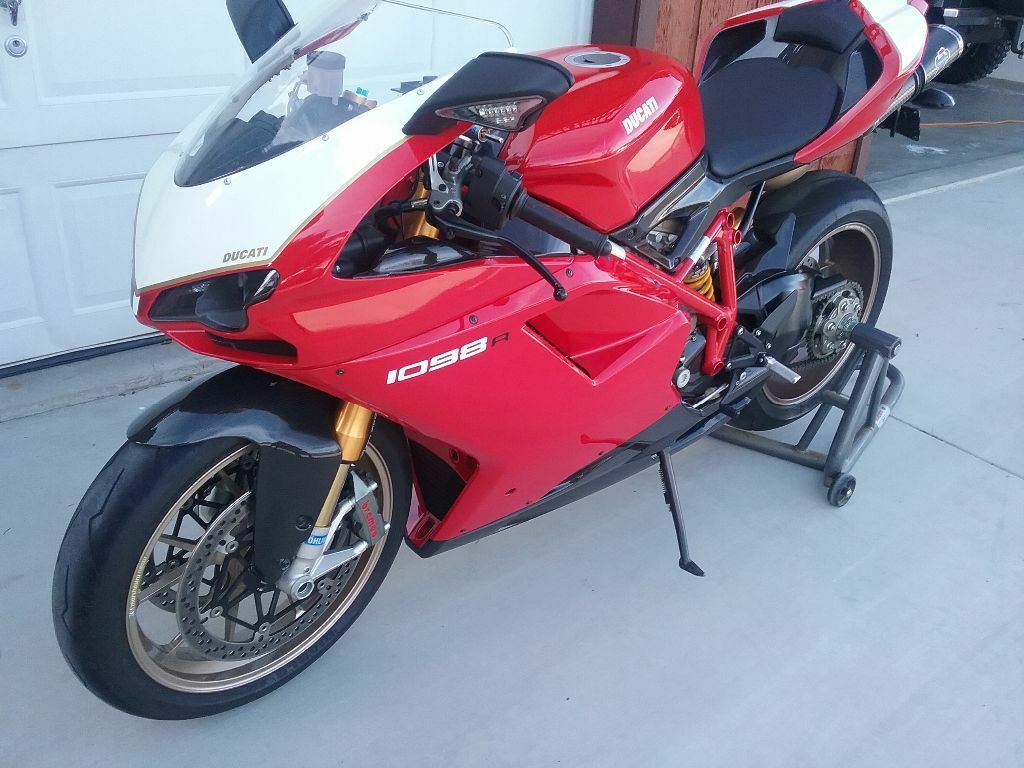 When Pierre Terblanche took over the Ducati styling reins from Massimo Tamburini he had very big shoes to fill. For years the 916 / 996 / 998 series captured the hearts, minds and wallets of riders everywhere. In retrospect, the reception of the 999 (pronounced “ugly”) and the short span of three years availability was a pretty big clue to the powers that be that the new design language wasn’t cutting the showroom mustard. Enter Giandrea Fabbro, chosen to pen the successor Ducati Superbike – the 1098. Evoking elements from the 916 line – including the glorious single-sided swing arm – yet in a modern day form, Fabbro created an update to the iconic silhouette and evolved the Ducati Superbike for the next series of models. 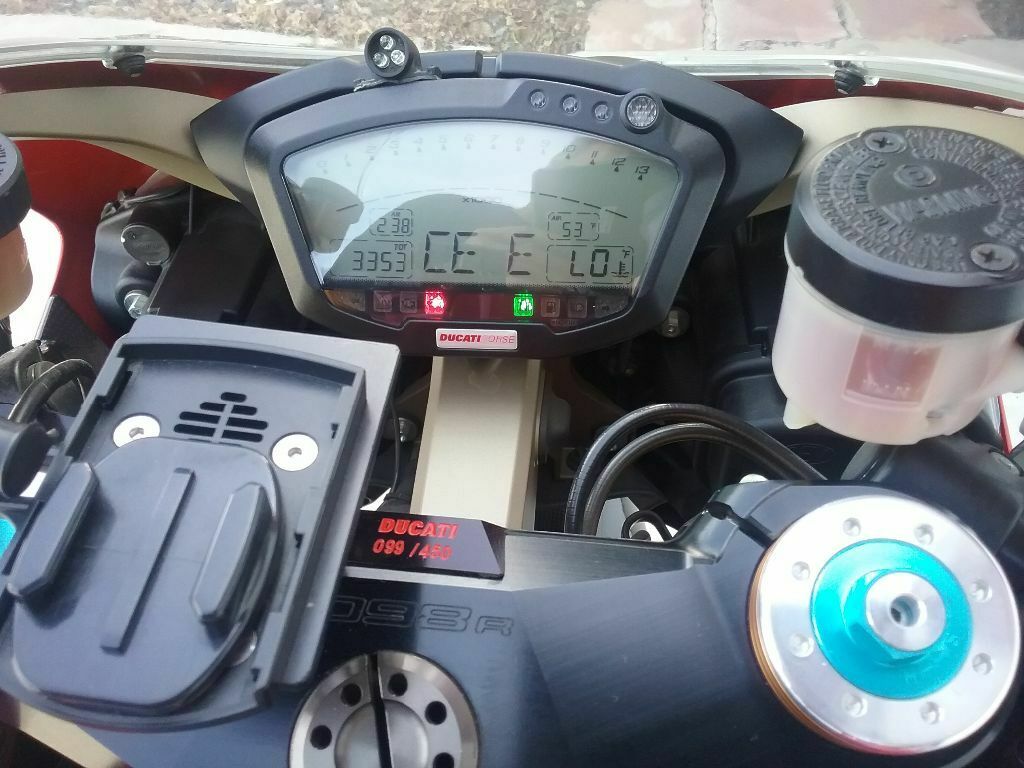 But the 1098 didn’t just turn heads in the magazines and dealership showrooms. You see, part of the reason for the 1098 was WSBK racing. Ducati was already at the limit of their performance technology in World Superbike with the 999cc limit for twins. The next step to get on par with the might of the Japanese was more displacement. Ducati decided to buck the rules and evolved the 999 mill to just under 1100cc, thereby petitioning the sanctioning body to change the rules. A standoff ensued, and no side wanted to give. Ducati – a key mainstay of WSBK – threatened to boycott the series. Eventually, the sanctioning body came to an understanding with all of the players in the series: the maximum displacement for twins was raised to 1200cc, but concessions were introduced to maintain parity among the manufacturers. Thus, the Ducati 1098 was allowed to enter the 2007 WSBK series. 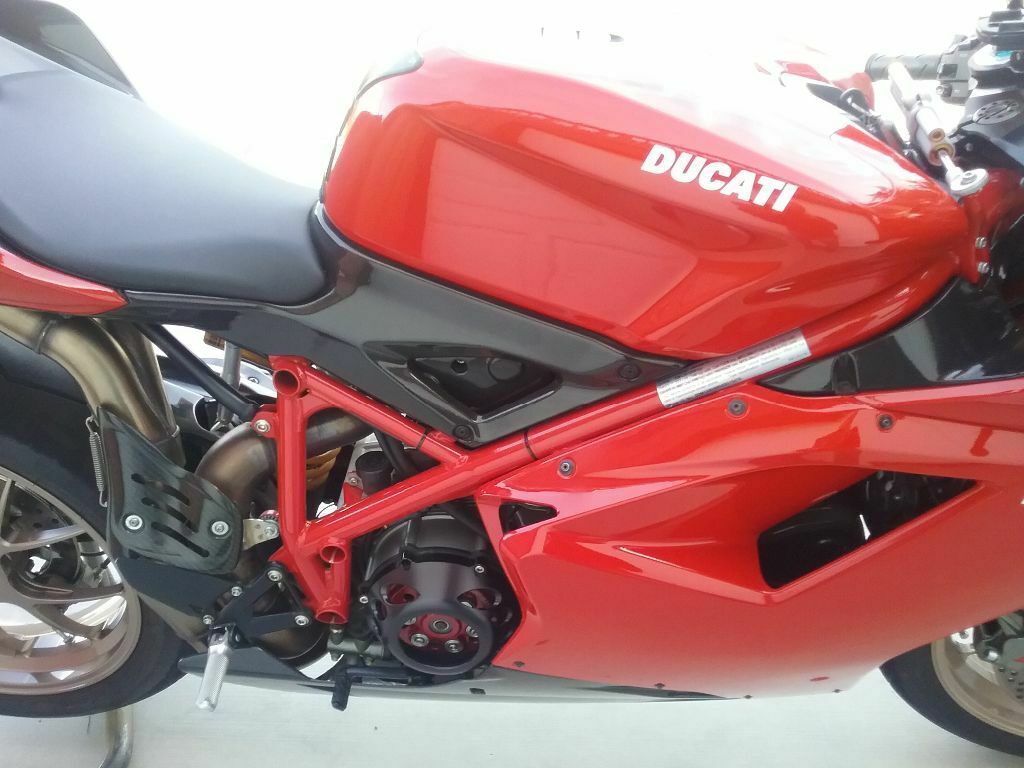 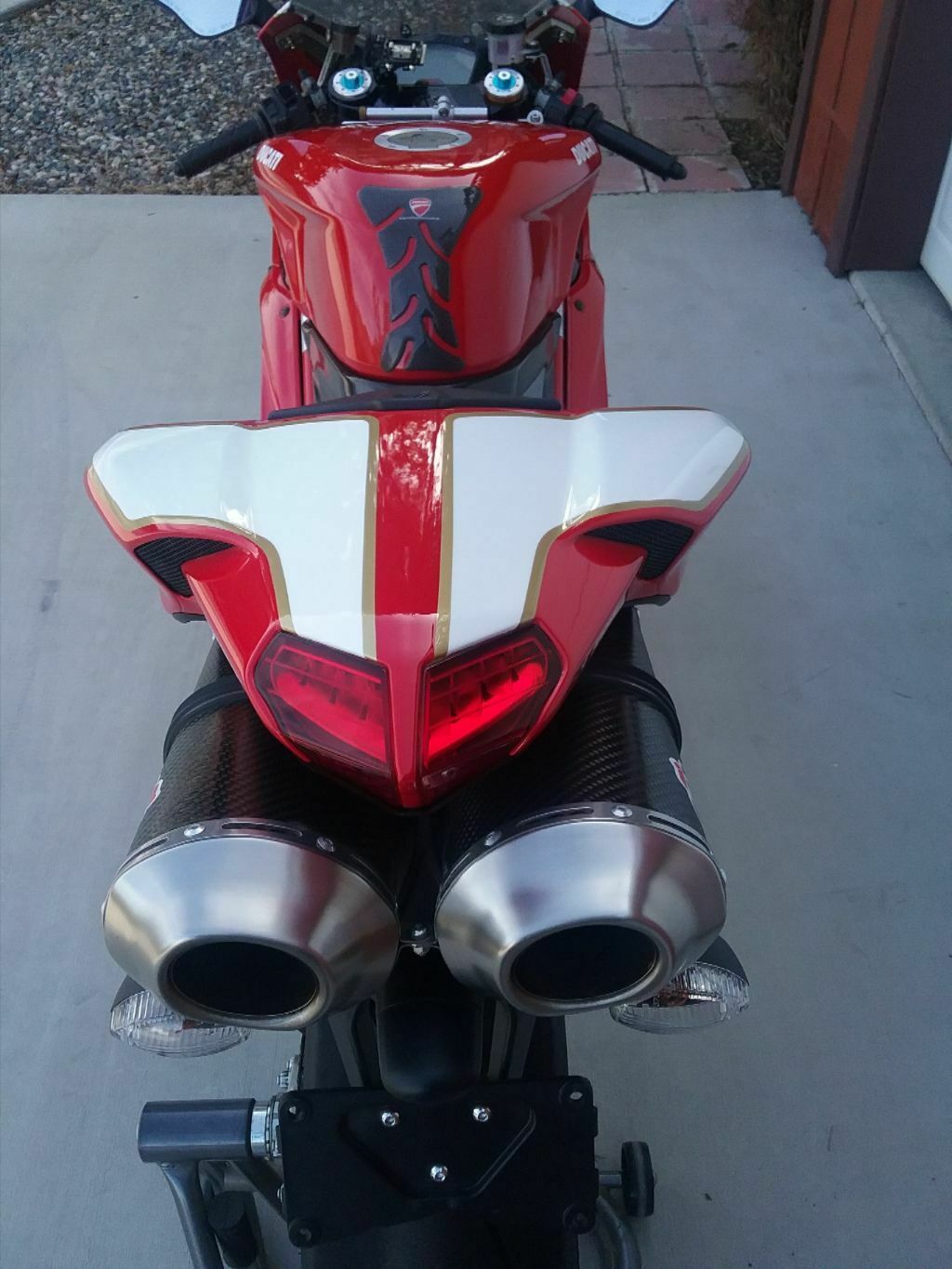 Despite the return of classic good looks, the Ducati 1098 introduction was not all smooth sailing. Initial tests indicated that the 999 was actually the easier bike to ride fast; the 1098 was more sensitive to setup. But the 1098 was definitely successful at the racetrack, winning the 2008 WSBK series championship. The 1098R model, as we see here, follows the unique formula that makes Ducati “R” bikes so special. Sure, it has more carbon fiber and better, more adjustable suspension. But the real trick with Ducati R bikes is in the engine, where there is more. More engine, that is. You see, the Ducati 1098 R actually displaces 1198cc, built right up to the (new) limits for Superbike racing. With 180 HP on tap in stock form, the 1098 R was the most potent twin cylinder sport bike available at the time, and had an equally impressive price tag. 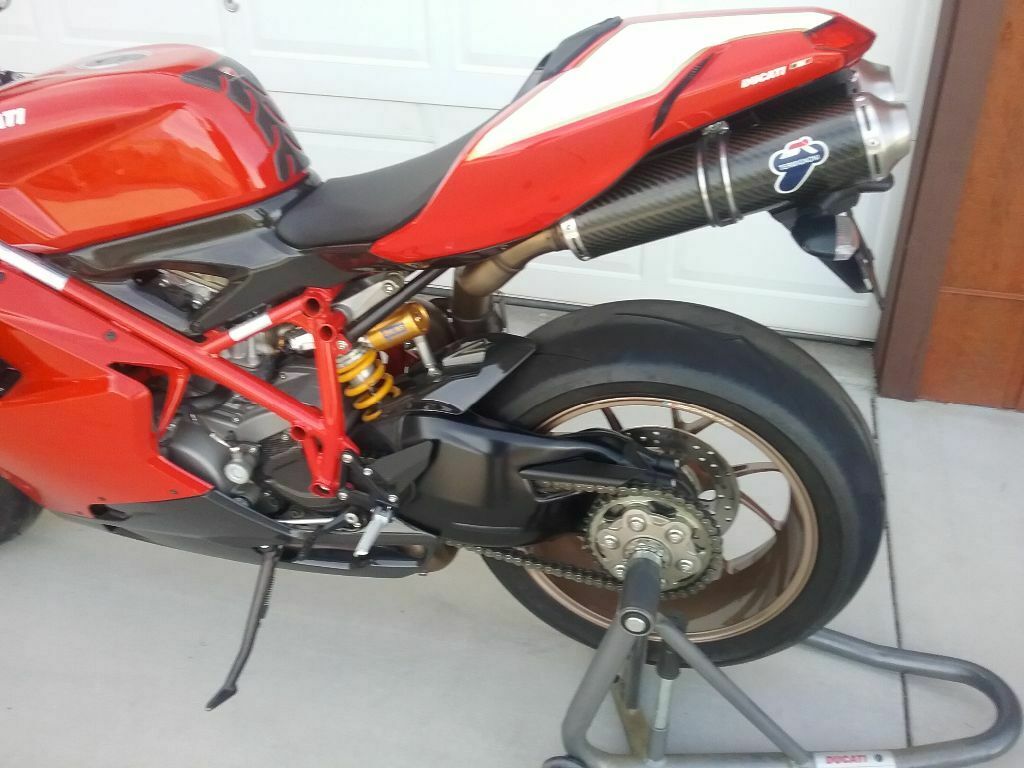 Today’s example is a 2008 model, and appears to be very well cared for. From the pictures it is obvious the owner is a Duc fan, as there is also a 999R in some of the photos. Ducatis are lonely machines, so it is nice that this one had some company. With only 3,353 miles there is not much that should be wrong here. The Power Commander is a popular fueling mod that can help throttle response and gain back some HP that was donated to those evil folks from the EPA. The clutch cover is practically a mandated aftermarket necessity. Otherwise all looks to be in order. No mention of a service, belts or valve adjustment, so interested buyers might want to ask some questions. Check it out here. When it comes to Ducati R models, you could certainly do worse than a 1098. Good Luck!! 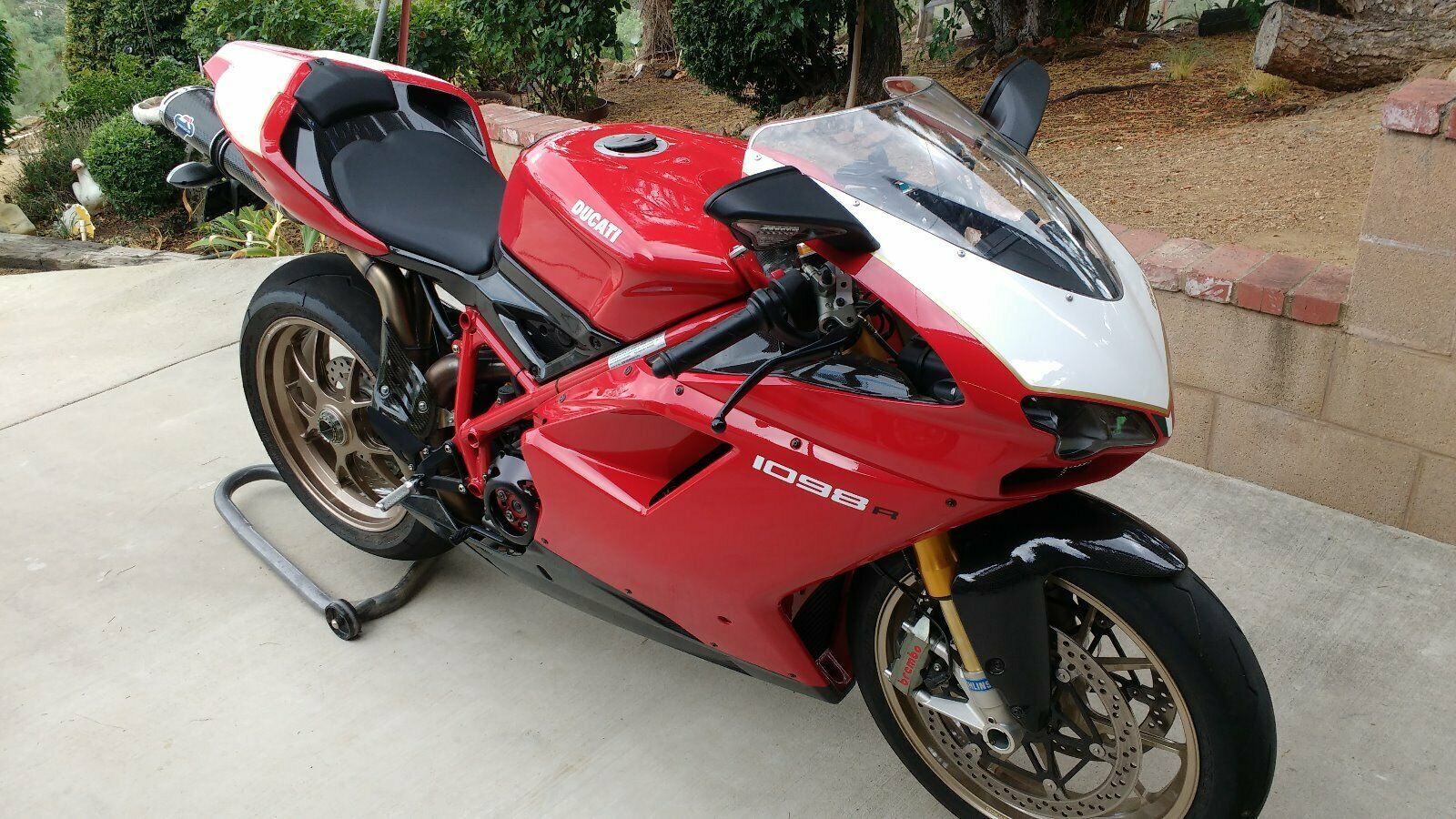 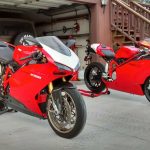 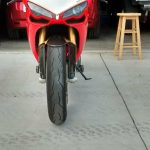 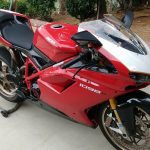 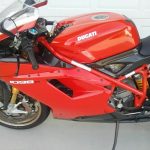 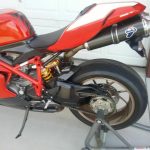 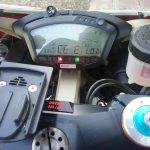 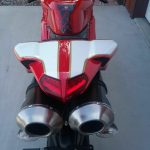 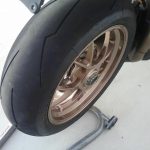 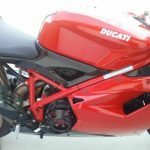 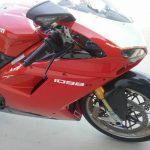 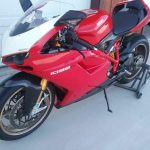 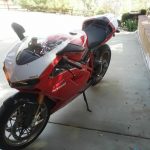