Bigger bore homologation machines may be where the money is at right now, but rare examples like this littlest of Fizzers is exactly what RSBFS is all about. Sure, you’ve heard about the FZR1000, not to mention the mighty OW01 – the FZR750RR – but some of the most unique bikes can be found at the lower end of the spectrum. And while Ninja 250s are a dime a dozen, the rest Big Four also dabbled with smaller four strokes which were much more performance based… and not imported to our shores. Which brings us to this very rare (in the US) 1986 Yamaha FZR250. 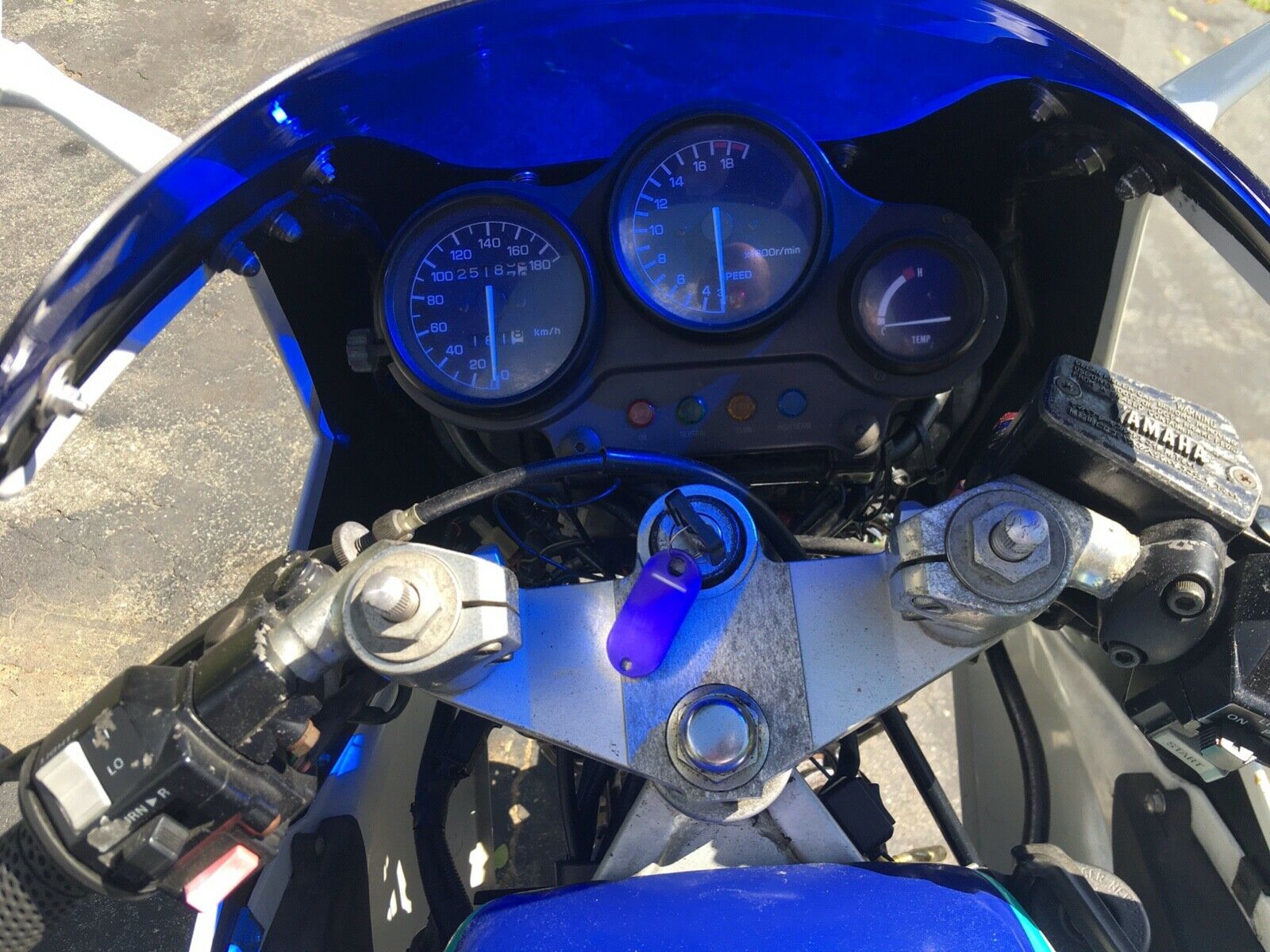 The FZR250 is an interesting mix of racing technology and basic transportation. It looks every bit the FZR400, right down to the dual headlamps. Reviewers reported that while some of the other four stroke 250 set appeared to be mini bikes, the FZR250 looks like an actual motorcycle. The Genesis-derived inline four is rev-happy, with the tach topping out at 18k. Max power of 45 ponies comes in down lower in the range – about 14,500 – but leaving enough headroom for the 112 MPH top speed. Aside from the gem of the motor, the hard bits are all a bit pedestrian: mild steel (not aluminum) frame and non-adjustable suspension. But the FZR250 is bigger and better than the sum of its parts – with a stronger midrange than the competition and unflappable handling (just like the FZR400), the smallest Fizz makes for some truly heroic cornering. All without the threat of losing your license. This bike is in great mechanical condition and not in need of any repairs. It starts right up and runs fantastic. Redlines at 17,000 RPM and makes 45 horsepower. It sounds like an F1 car. Very unique motorcycle that was never imported to the U.S. so they are quite rare here.

Quote from Motorcycle magazine
“The mere thought of initiating a turn on the FZR250 accomplishes the task, and the Yamaha’s scalpel-precise steering allows you to aim for any inch of tarmac in the turns. As you’d expect with the slightly longer stroke, the FZR starts its serious forward progress at the 13,000 mark, and signs off at 15,500 rpm, well short of its 17,000-rpm redline.” Today’s rare example (qualification: rare in the US) comes to us from the great state of Massachusetts. It presents reasonably well, although the photos do show some wear and tear that we typically see plaguing smaller bikes. There is some corrosion which is common from outdoor usage in wetter climes – but nothing that is a deal killer. The blue tinted windscreen is not stock, but nicely rounds out the blue/white paintwork. Turn signals have been modified from stock, and it looks like a fender delete was performed at some point. The exhaust can is not stock, but should help improve the power (marginal) and sound (significant). This is a Buy It Now advert, with the seller asking $5,500. Check out all of the details here, and Good Luck!! 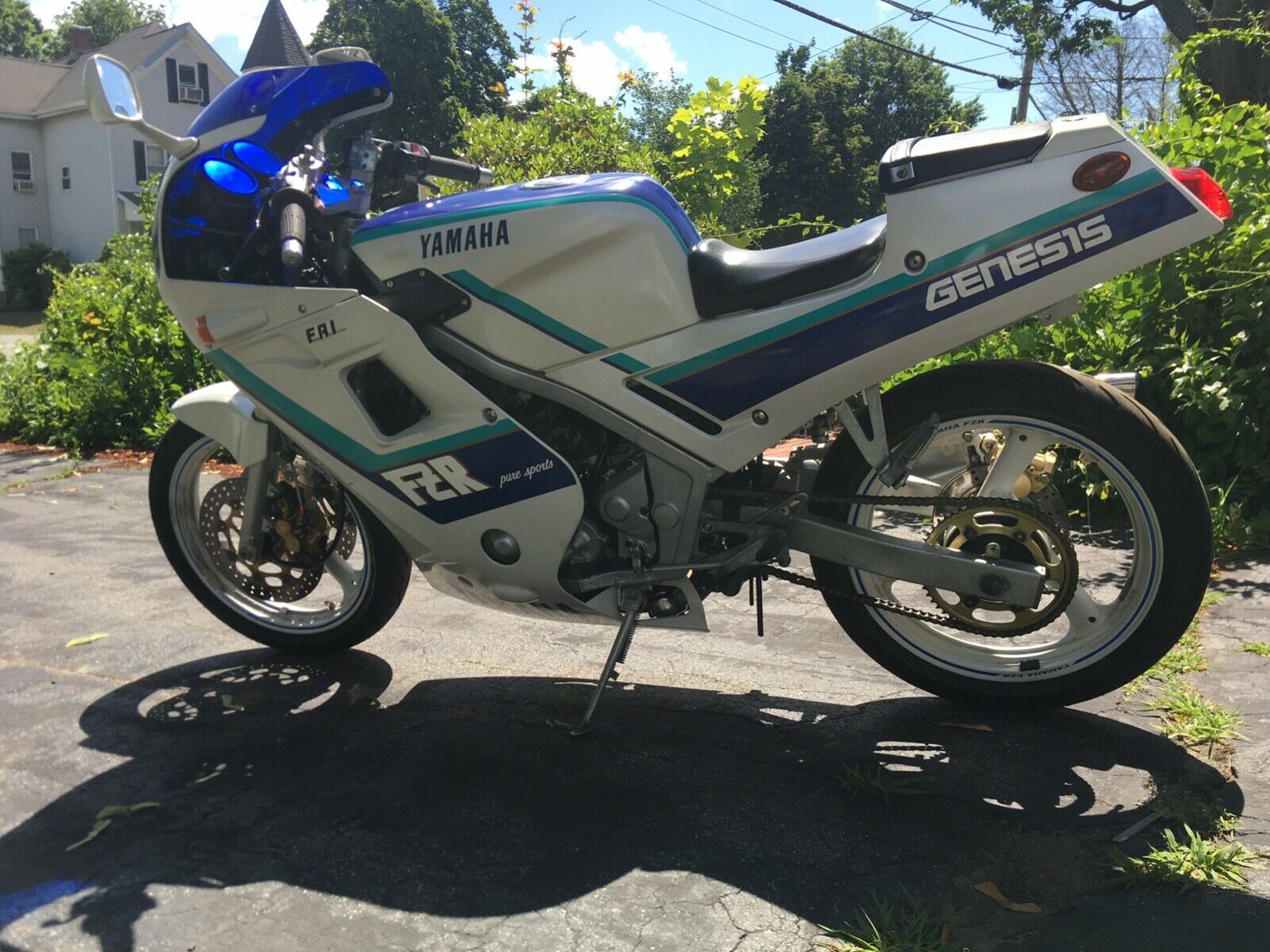 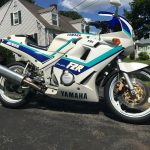 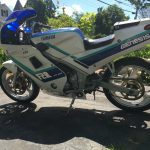 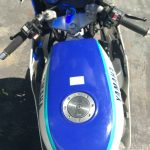 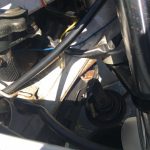 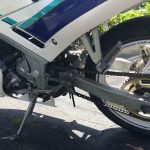 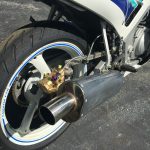 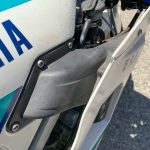 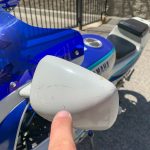