Honda VFR750R in Ireland (If you go, drink the Guinness!) 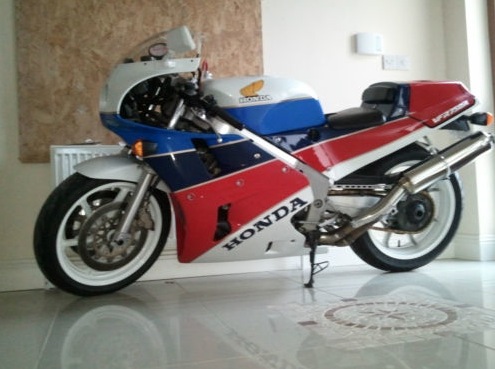 I’ll be the first to say that the seller in this auction doesn’t really provide the kind of detail I would expect on a bike like this one. Granted, there are probably more of these available in Europe than we see in the States at any given time. But still, it’s a VFR750R (RC30 to the U.S.) and is a bike I would want a lot of detail on. It’s also in Ireland, which is quite a trip for anyone from the U.S.

Maybe one reason why there’s not a lot here is because for most everybody who follows sportbikes and certainly RSBFS knows about the Honda VFR750R. But in case you need a reminder, here’s a great post from Jared that will give you a good breakdown between the U.S. and non-U.S. versions.

Only a few photos with this one. I’m sure anyone who is serious would want more- 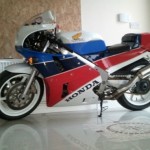 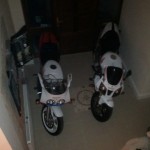 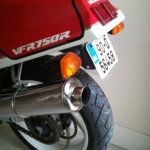 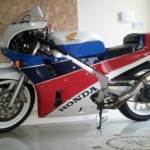 Again, not much of a description from the seller-

This is the original racing VFR750RC30, untouched and in impeccable condition. The bike is fully serviced, run every month and wants for absolutely nothing. The mileage is low, and as you can see, I keep her inside at all times. Will listen to reasonable offers but no jokers please..

The seller says the bike is in need of nothing and is described as new. Again, with a lack of photos, it’s hard to say how clean the bike really is. And at a BIN price of $23,000, you’re gonna want all the detail you can get. Of course, there’s also the matter that the bike is in Ireland. This just may be the best excuse to visit. It’s an amazing country.

So, that’s it. Lack of detail by the seller is evident, but at the same time, that doesn’t mean it can’t work out. Decide for yourself and check the auction out.