Update 11.21.2016: This RC51 is still available and the owner has dropped the price to $10k. You can find the current listing on Orlando Craigslist. -dc 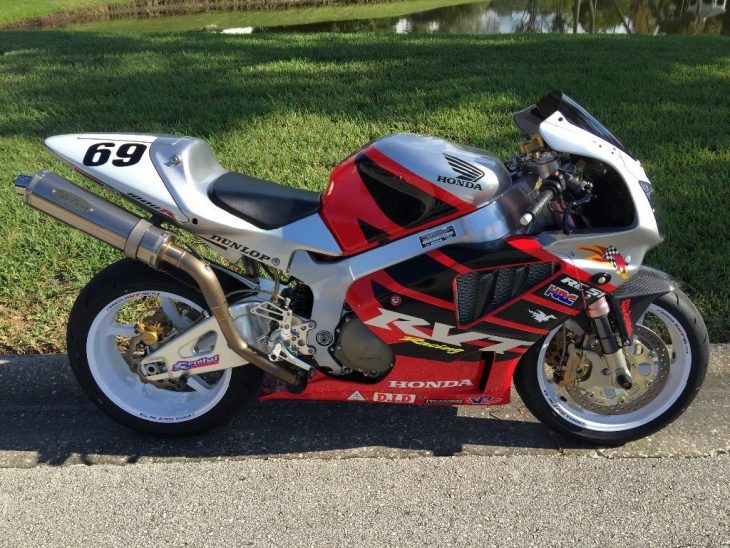 Honda developed the 1000cc v-twin RVT ( VTR in Europe ) -1000R RC51 in response to Ducati’s domination of the first decade of WSBK.  The model brought Honda championships under Colin Edwards and our own Kentucky Kid, who won the AMA Superbike Championship in 2002.  This 2004 Nicky Hayden commemorative RC51 is a later model with factory and owner improvements. 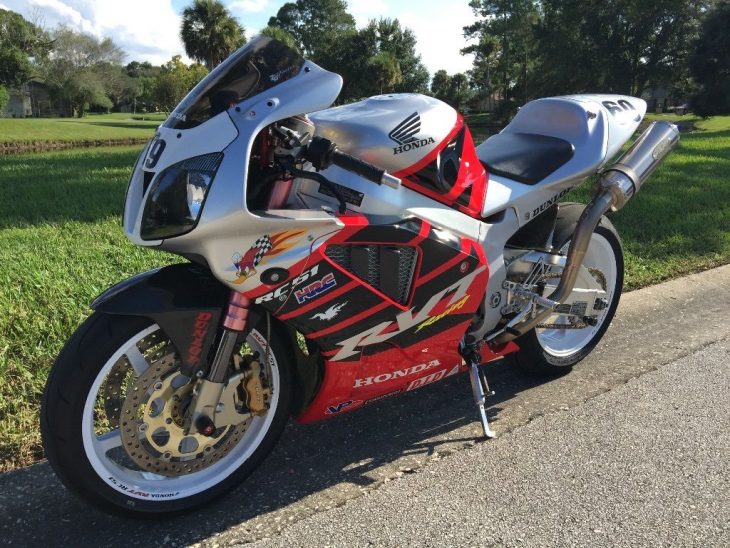 Honda updated the RC51 to SP2 specs in 2003, and shaved a few pounds while strengthening the swingarm and tightening up the steering angle.  Power increased to 136hp with the help of whopping 62mm throttle body injectors.  The massive twin-spar alloy frame was brushed for the model update, and received premium 43mm forks, fully adjustable as was the Pro-Link monoshock.  Brakes were 4-piston front calipers over 320mm rotors, with a 220mm disk at the rear.  Weight was under control if not super light, but 77 ft.-lbs. torque helped keep things moving. Showing only 6,375 miles, this RC51 has had extensive performance improvements, but looks uninjured.  Sato, Marzocchi, and Penske parts speak to exhaust and suspension tuning.  Flying Nicky’s race number and helmet logo, the fairings look great.  The owner states in the eBay auction:

BIKE IS MINT AS SEEN IN PICTURES, The only flaws on motorcycle are left exhaust can has two tiny dings, left Sato peg on edge has small grind mark, exhaust and rear sets were bought used, other than these two listed flaws bike is mechanically and physically perfect, condition 9.9 out of 10, See pictures for details, always garage kept in climate control, paint still look new as seen in pictures 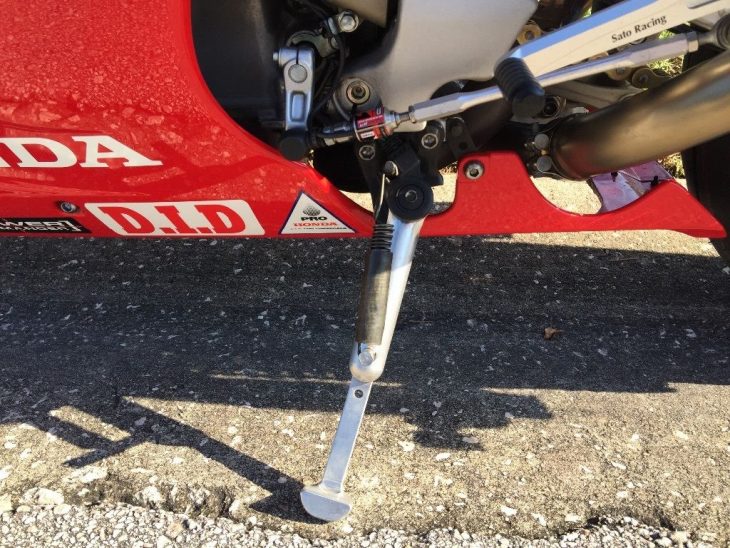 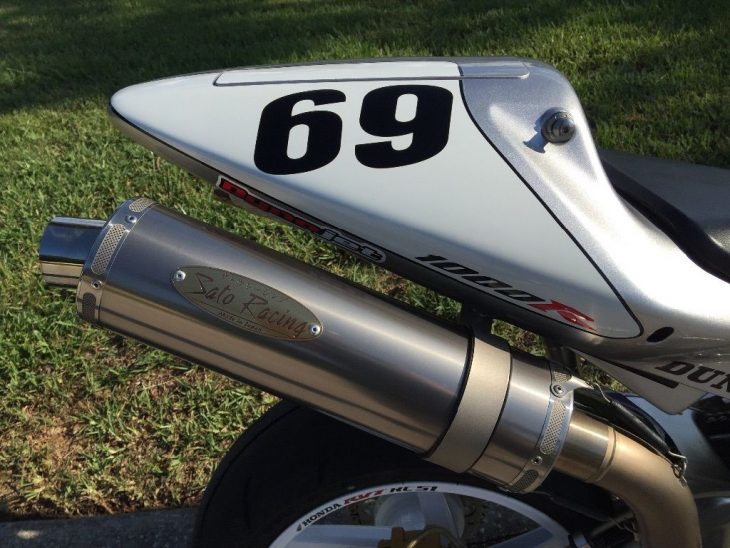 Reviewed as willing homolagation special, the low-production SP2 was improved even as Honda transitioned to 4-cylinder competition machines.  For the weekend warrior, a torquey v-twin can generate a lot more grins than the latest high-revving four.  And likely this RC51 will see an occasional track day and not a full season, it’s just too nice.  A lot of good mods, on an updated platform, and cared for, a good combination.  The owner asks $15,000 obo and can be reached at 954-809-8596. 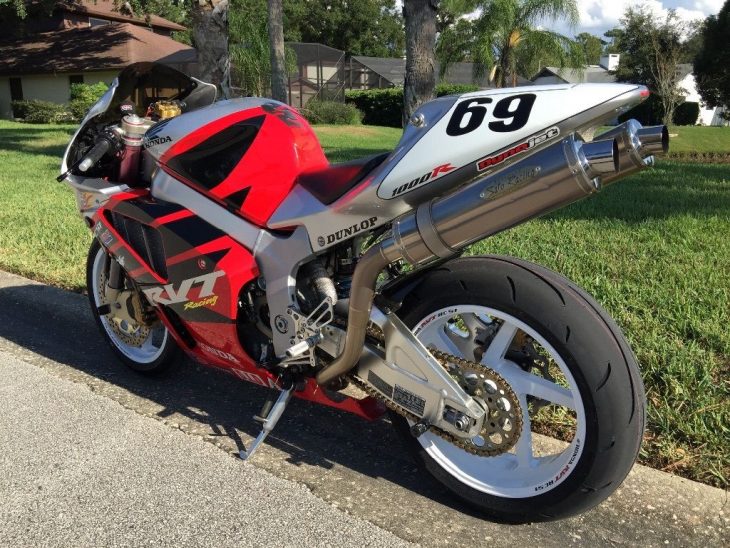