Introduced in 1982 as the closest thing to a race bike on the road, and certainly one of the last two-stroke street bikes available here, Yamaha’s RZ350 can be found in all prices and conditions.  With its sights set on the top of the hill, this later Fla. example has impossibly low miles and almost flawless condition. 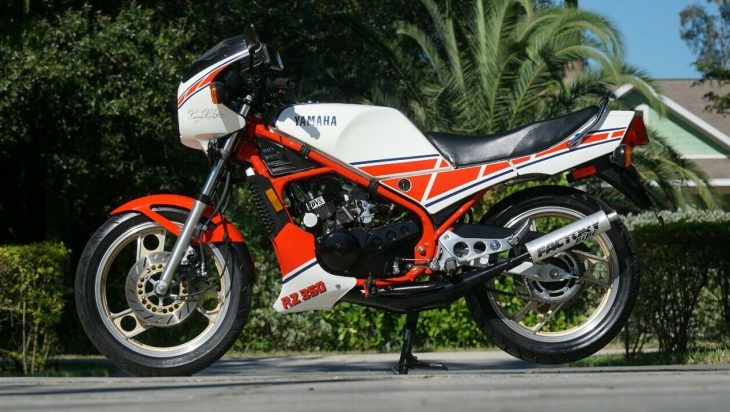 The early -80’s brought the Yamaha Power Valve System to their two-strokes, and it helps the engine run just fine around town.  But the 55 rated horsepower are available up at 9,000 rpm, requiring a more advanced set of rider skills.  Racey looks are helped by the perimeter frame and drop-in fuel tank, just like real racers of the day.  Dual front disks were new on a lighter-weight machine, and compensate for the lack of engine deceleration on a smoker.  Suspension wasn’t fancy, just preload adjustable but good quality like the rest of the build, and the gold-trimmed alloys had a light look. 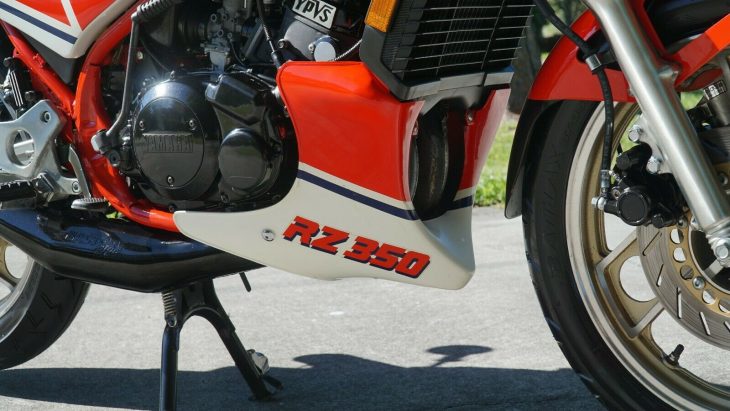 An expert might be required to find something to quibble about on this RZ, and you’d suspect an odometer rollback if not for the museum condition.  Factory pipes look sharp and dispense with the catalyzer.  Comments from the eBay  auction:

Kenny Roberts Edition purchased from original owner earlier this year. Great condition very little patina  two small little touched up chips one on tank and fairing smaller then pencil eraser in front of gas cap the blue stripe is starting to shrink I don’t know if its from gas or what but that’s the only complaint I have with the bike because the rest of it is killer front forks are clean with very minimal rash the rims and controls are in great shape and look awesome. I have original pipes and tool kit look at the pics they tell the story look at them well please ask any questions or more pic’s if needed and the bike runs great . Miles are 1975 and the bike is all original not restored and shows extremely well for a 35 year old bike that hasn’t been monkeyed with and adult owned and cared for. 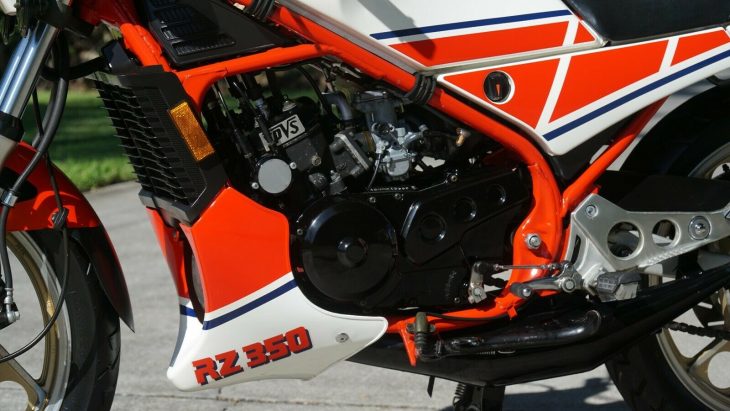 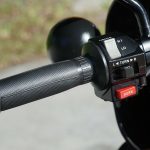 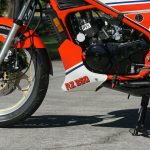 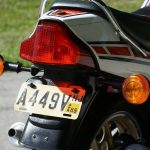 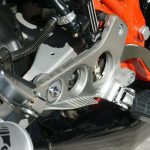 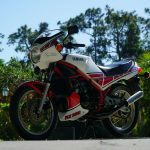 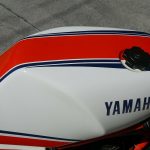 Like real estate, they’re just not making any more RZ350’s, so this owner can wait until his whopping buy-it-now seems sensible or someone makes an offer.  Not sure this year is CARB legal even with the original exhaust, but a knowledgeable reader will likely sing out.  The alternate livery doesn’t scream Kenny Roberts like the yellow, but it’s there.  You can usually hear me groan about bikes destined for the carpet, but this one is really too nice for anything but an occasional spin around the block.