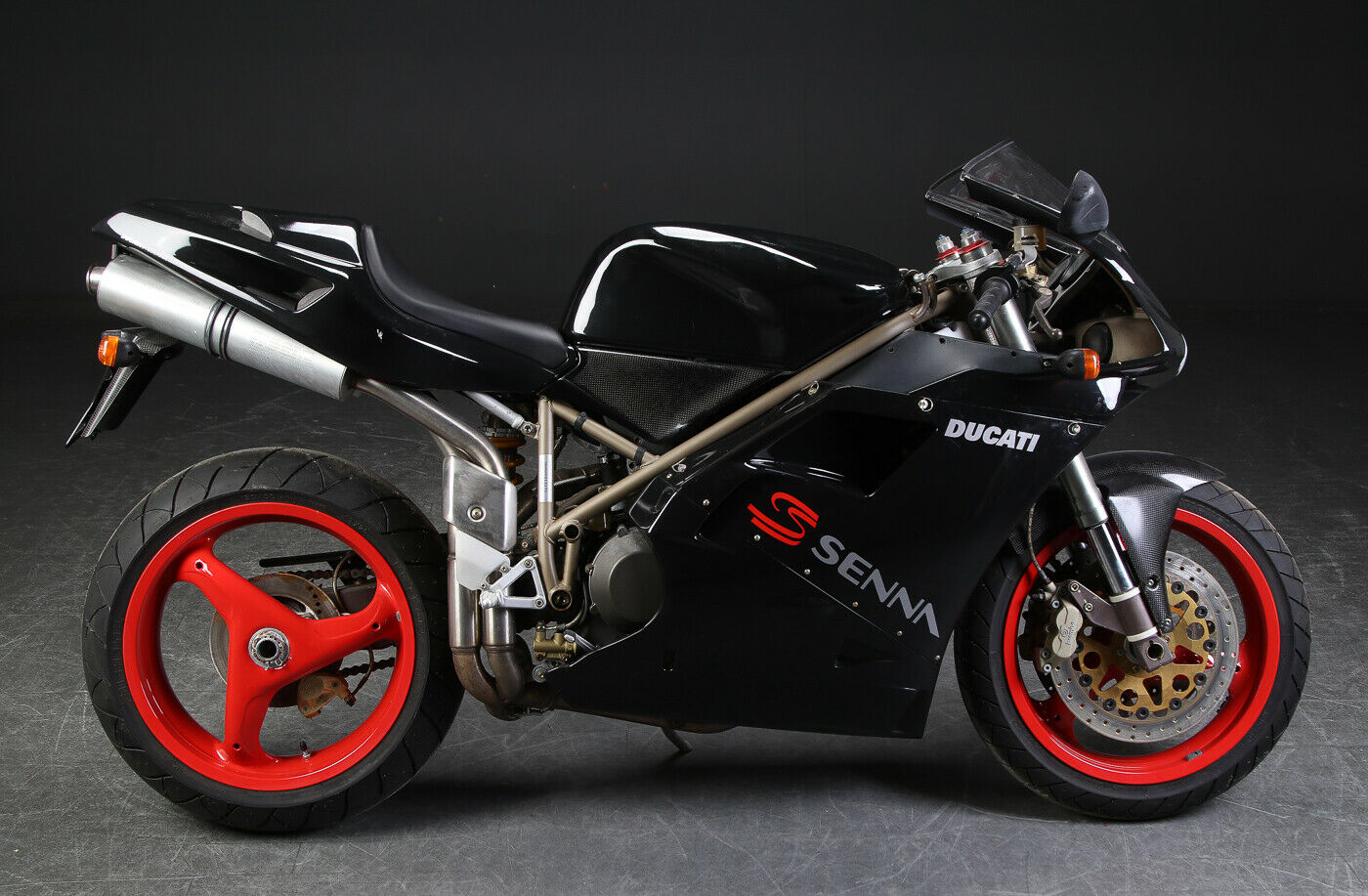 The Ducati 916 continues to turn heads today – at a spry and sprightly 26 years of age. The design appears timeless, and has been emulated ever since it’s introduction, not the least by Ducati in follow-on models and then again later by MV Agusta. The sharp, aerodynamic fairing, the single-sided swing arm and the high exhaust create an aggressive look that is fully backed by the 55.9 cubic inch, 90 degree V-twin with desmoquattro valve activation producing in the neighborhood of 114 angry ponies at over 9,000 RPM. Four WSBK championships in a mere five years tells the performance story. 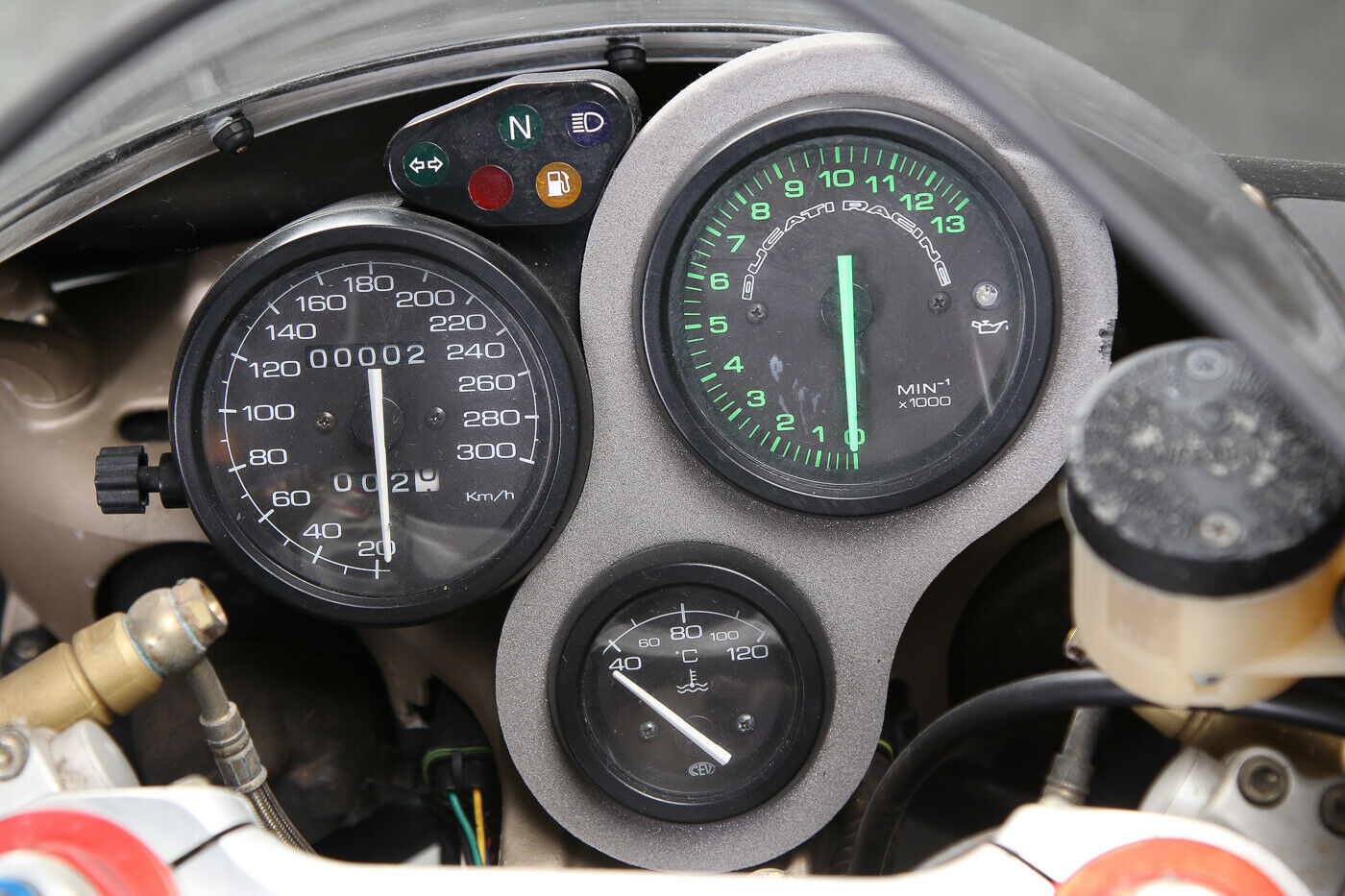 But if the Ducati 916 is ice cream, the limited edition Senna offering is the whole fudge sundae. The recipe is a good one: Start with (arguably) the most iconic motorcycle ever created, but make sure you base it on the highest spec version of the model possible (SPS). Give it unique paint (plus, in this case, carbon fiber), give it star power (Ayrton Senna, one of the greatest F1 drivers of the modern era), make it exclusive (numbered editions limited to 300 units) and make it count (the net proceeds were donated to Ayrton’s charitable foundation for poor children in his native Brazil). Mix gently and you have one of the most collectible editions of one of the greatest bikes ever made. 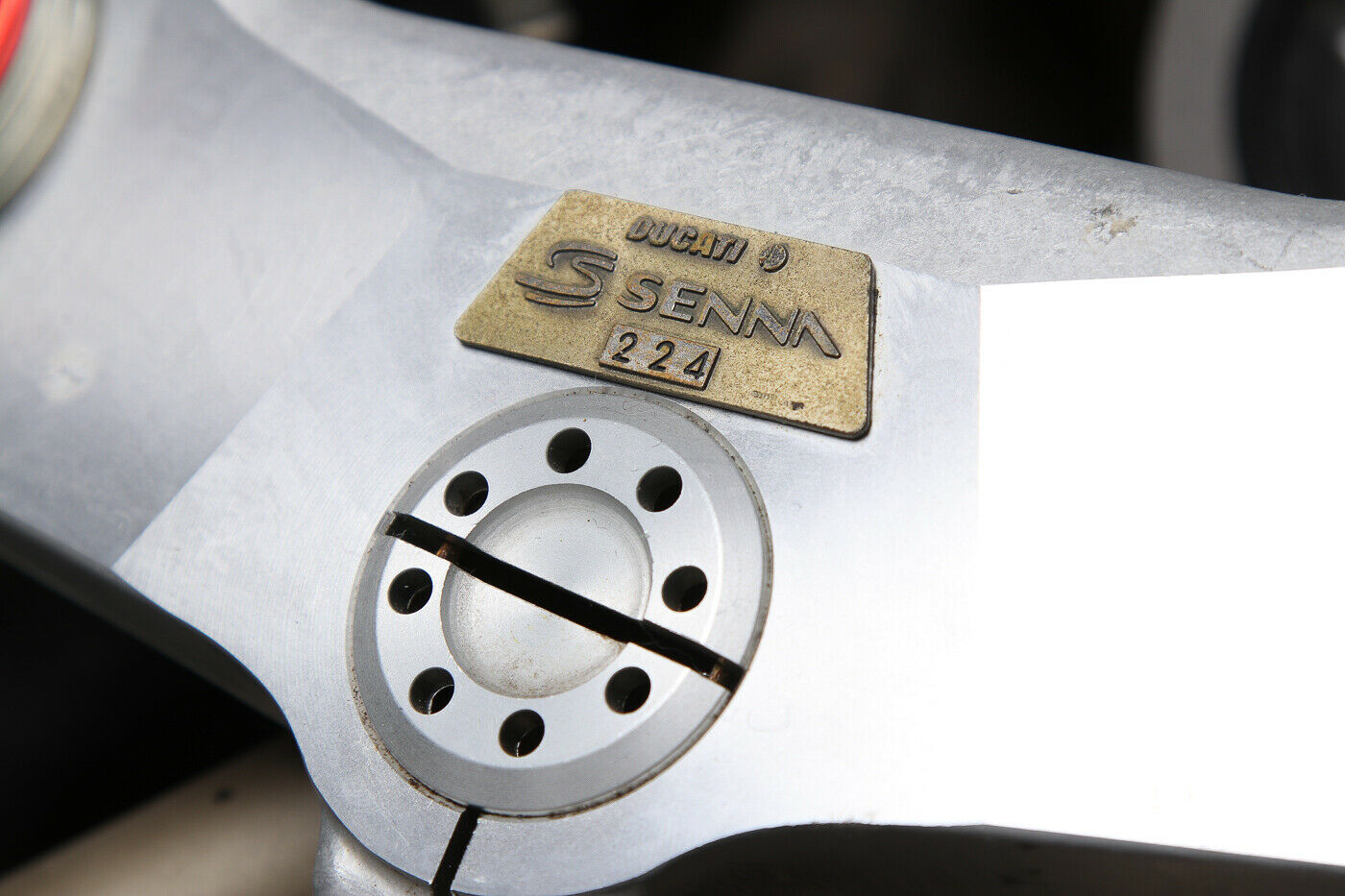 From the seller:
Ducati Senna lll no. 224 out of only 300 made. Its never driven. it says 2 km on the clock Only for display. Everything is original on it.

First presented at the Bologna Motor Show in December 1994, the 916 Senna was a special edition to commemorate Formula 1 World Champion, Ayrton Senna, an avid Ducati enthusiast who endorsed its release shortly before his death in May 1994.[18] At the time, the project was facilitated by the fact that Claudio Castiglioni, Ducati’s owner, was a personal friend of Senna’s. In total, between 1995, 1998 and 2001, Ducati released three “Senna” editions and, in every instance, net proceeds were donated to the Instituto Ayrton Senna charity. 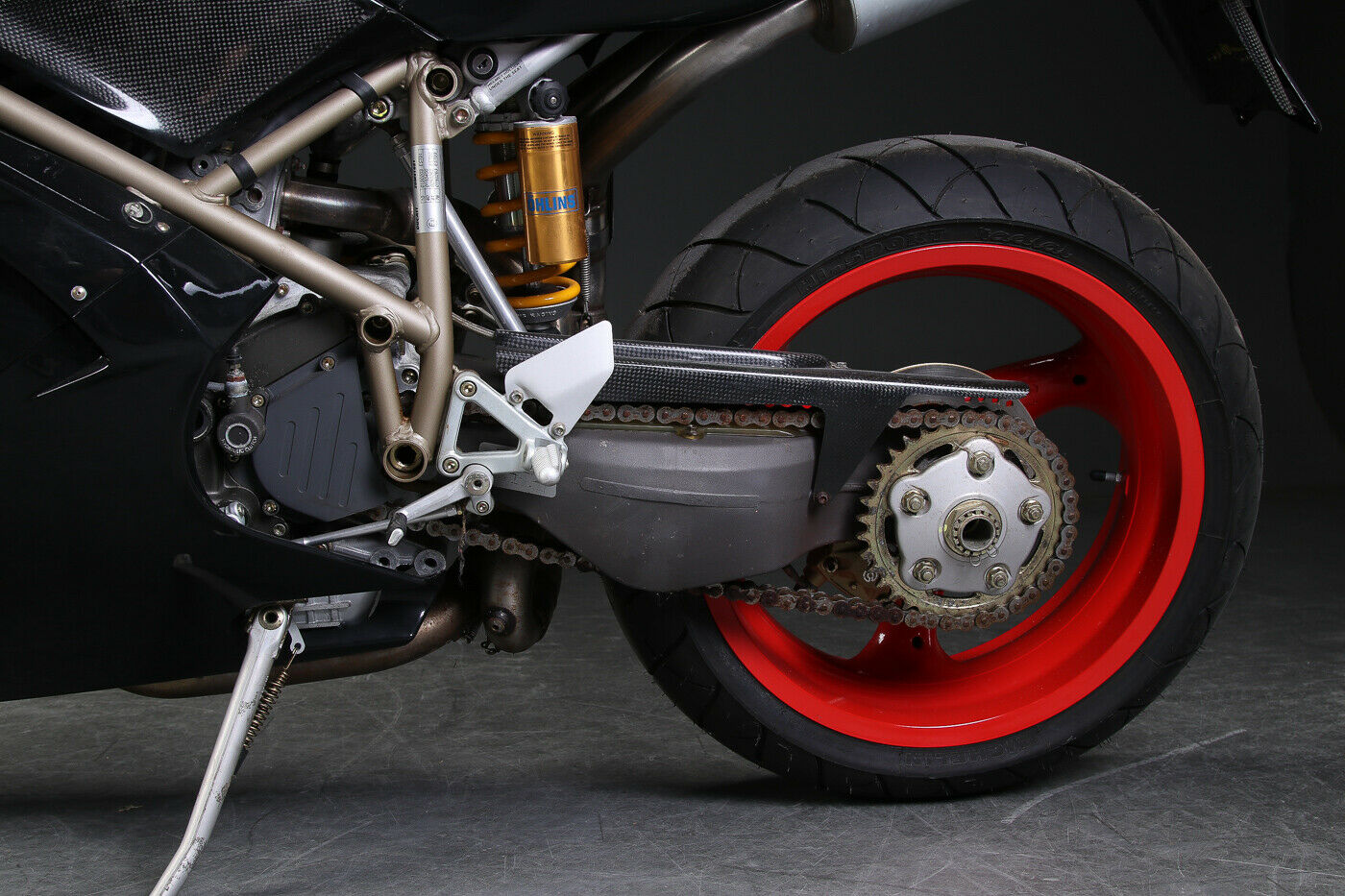 Today’s example is like many 916 Senna Editions – practically brand new. This particular bike shows only 2 KM on the odometer – which is barely delivery / push-around mileage. The black livery with red wheels pops in the light, and the crisp photos show a bike that has been unmolested – right down to the large number plate bracket on the tail that is so oft discarded. This bike appears to define the term “museum quality” and while it seems criminal not to ride it in anger (as Senna himself would have done), this example really does deserve an honored place to park indoors where hoards of Ducatisti can drool and dream. If you think you can provide that kind of home to this very special bike, all you need to do is pony up a minimum of $25,000 USD to get the auction going, or $33,000 USD to Buy It Now. You will also need to arrange transportation from Denmark, where the bike is currently located. Check it out here and then start spiffing up the man cave for the ultimate 916! Good Luck!! 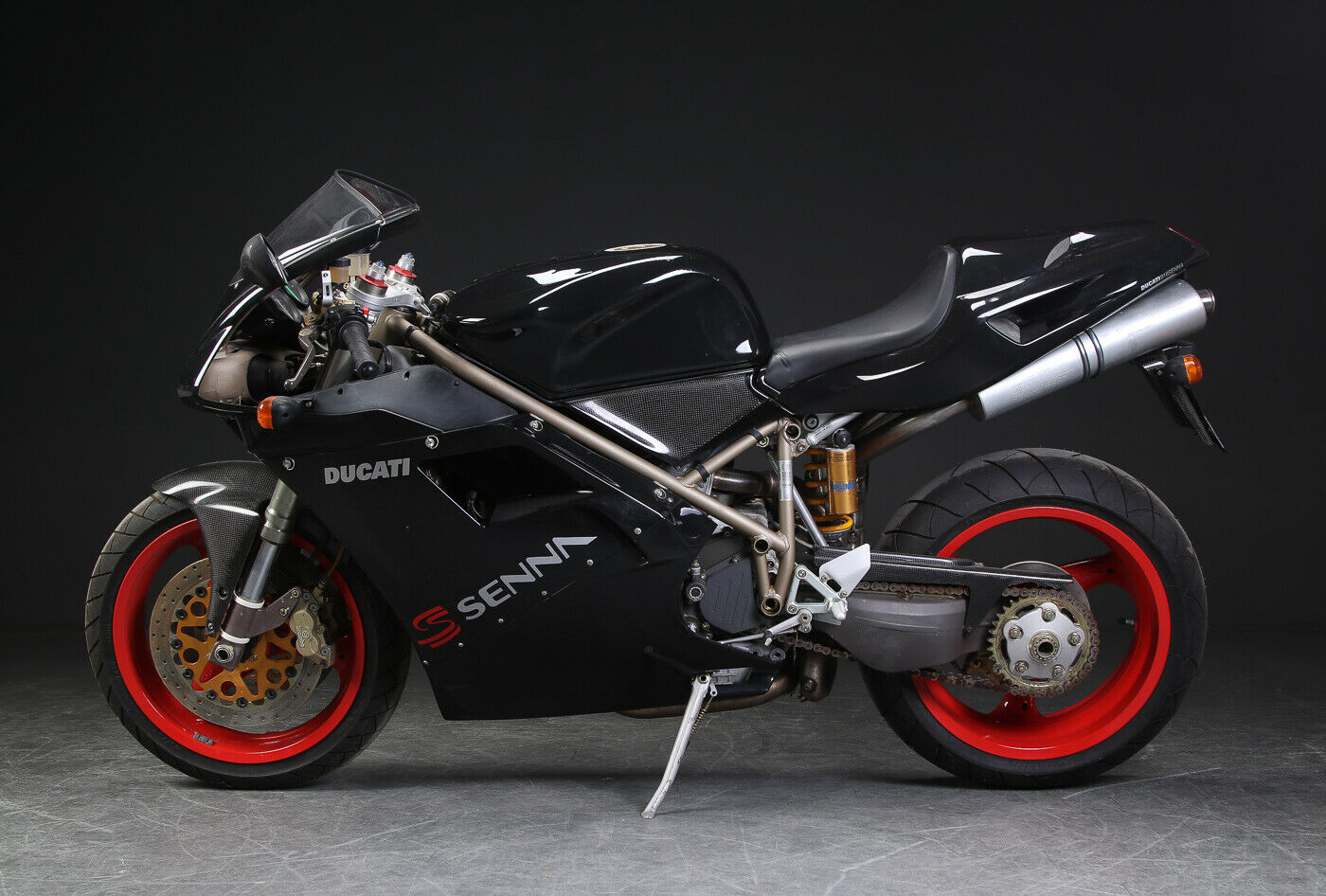 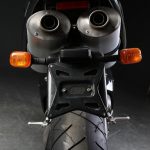 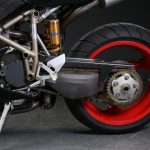 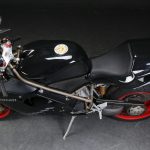 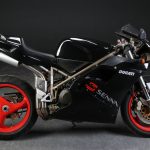 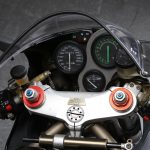 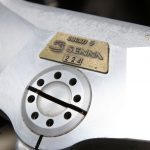 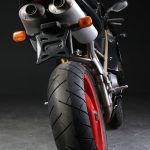 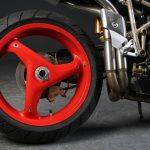 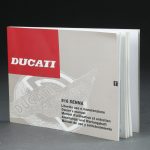 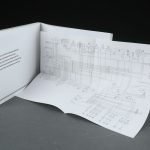 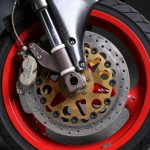 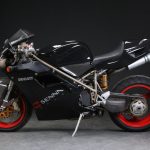 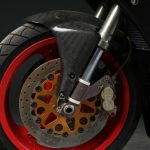 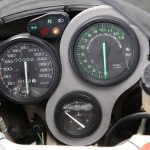