In the late 1990’s Laverda was re-incarnating their past glory and made some of their best big upright twins and triples, before being purchased and then shuttered by Aprilia.  Presented here is a rare yellow and very late 750S, sparkling with only 994 miles.  Could be the nearest thing to a brand new Laverda out there. 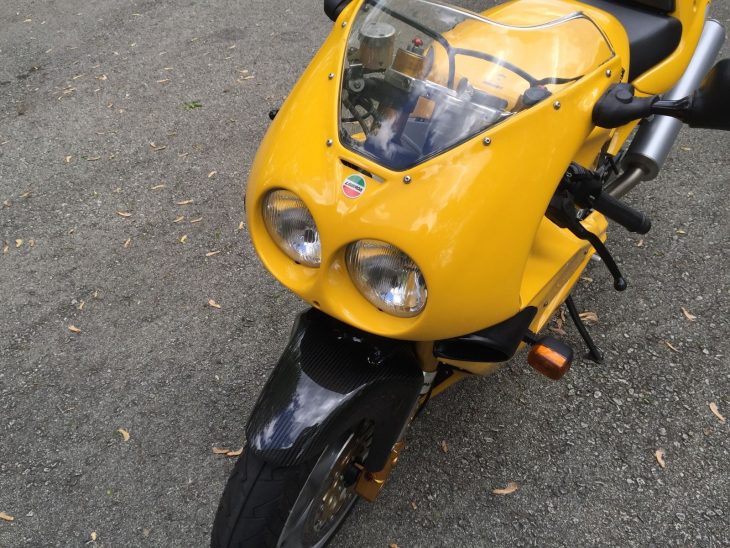 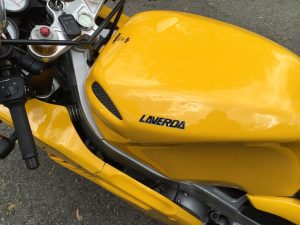 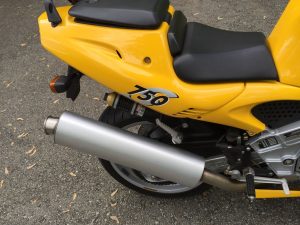 The basis of the 750S is the company’s signature twin, but updated with 4 valves per cylinder, a balance shaft, fresh air intakes and Weber fuel injection.  The powerplant inspired reviewers to put the excellent twin-spar alloy frame through its paces, and the premium Paoli suspension was worthy.  The company was known for not scrimping on components, as the gold line Brembo brakes and Marchesini wheels testify.  The fairing favors the solo rider with a snug seat and step up for the pillion, and the upturn of the dual exhausts is delayed to accomodate the rather rear-set pegs. 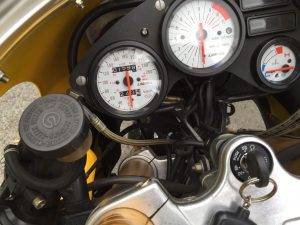 Evidently on display almost since new, this 750S still needs its break-in miles.  You’ll have to lift the seat to add fuel, since the 750S was an early convert to underseat fuel and high airbox.  Finishes are unmarked and somehow the bike escaped the garage elves that usually plot a tipover or dent.  The seller relates that he is the second owner, and keeps it simple in the eBay auction:

1999 Laverada 750S with 994 original miles (1598 Kilometers) in like new condition no damage ever. Temperature and humidity controlled environment, on battery tender and covered. Starts and runs strong. Everything works, no leaks. Pictures speak for themselves. 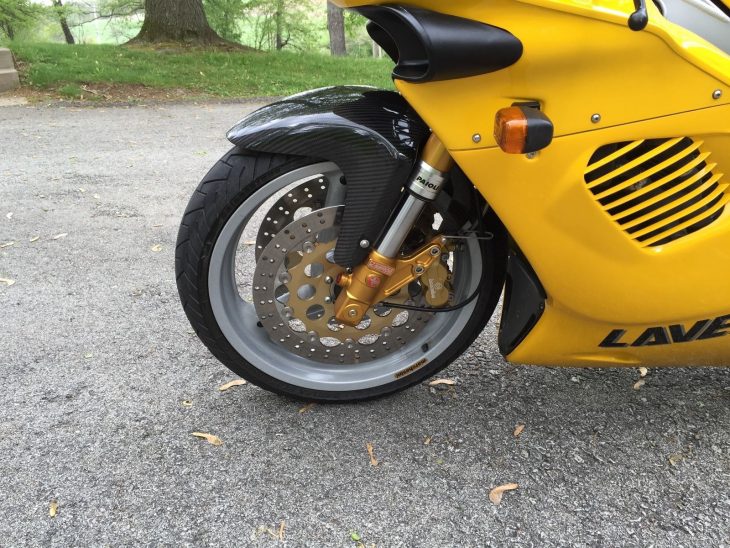 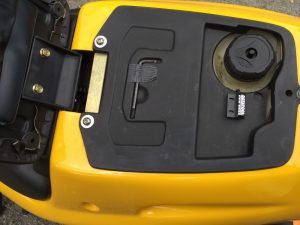 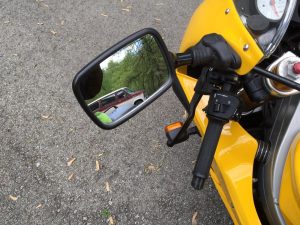 At the time, European manufacturers were reeling from eastern competition, and couldn’t hope to turn the clocks back.  Like many, the Laverda response was reverential to past glories, and a competent if not class-winning performer.  Great design and top components make for a worthwhile experience, though at this point one would have to be mindful of the parts availability question.  But if you have the bug for a classic Italian, why not pick one that looks showroom new ? 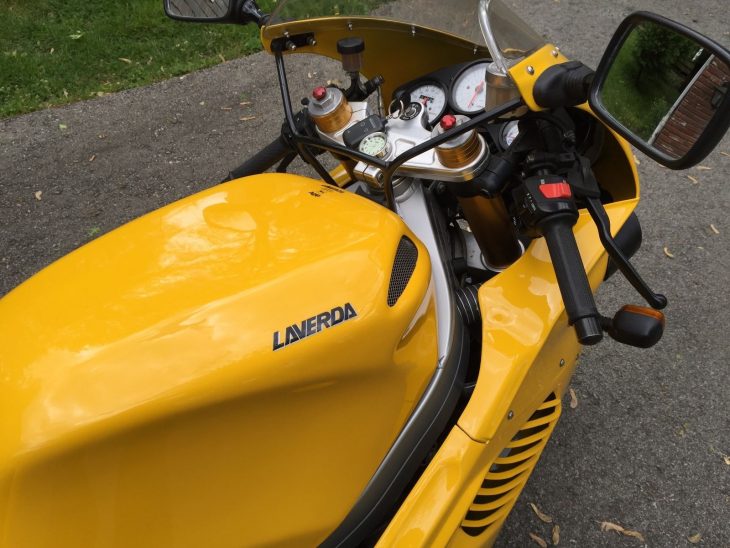