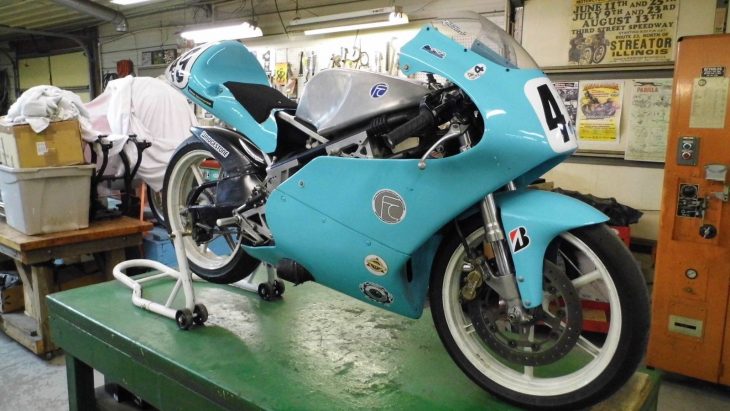 The recent Honda and Yamaha race bikes we’ve featured have been factory racing motorcycles with real pedigree, and are collectible exotics as well as functional tools for going fast. This little YZ250F-powered Yamaha racebike is a mutt, with a tuned dirtbike engine, custom frame, and RS125 plastics, but we all know that mutts can make the best pets! 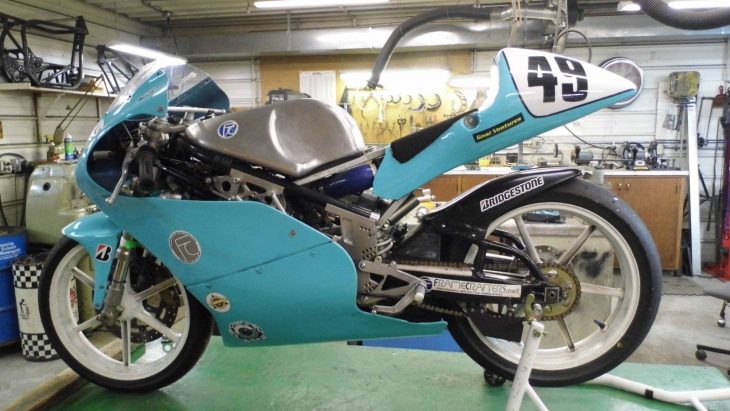 With the move of all forms of prototype racing from two to four-stroke engines, the new Moto3 class replaced the entry-level 125cc Grand Prix series with four-stroke 250s like this one, while Moto2 bikes were powered by 600cc engines, and top-level MotoGP bikes ran 990cc or less, at least to begin with… “Stinkwheel” fans the world over were devastated, but racers quickly adapted to the new rules, as they always do. 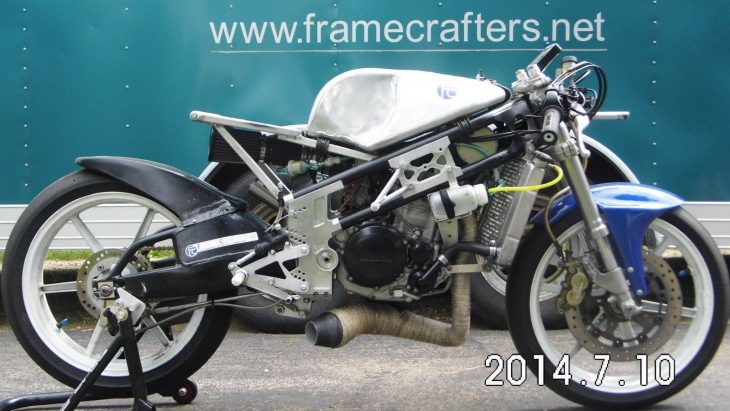 This particular machine is obviously no garage queen, but looks clean and well put-together, with a very cool composite frame that looks like it might be made up of steel tubes and aluminum side-plates, a bit like a Bimota, along with plenty of go-fast goodies and RS125 bodywork. The listing includes plenty of detail and, if the seller is to be believed, the bike is very competitive in the AHRMA “Sound of Singles” class. 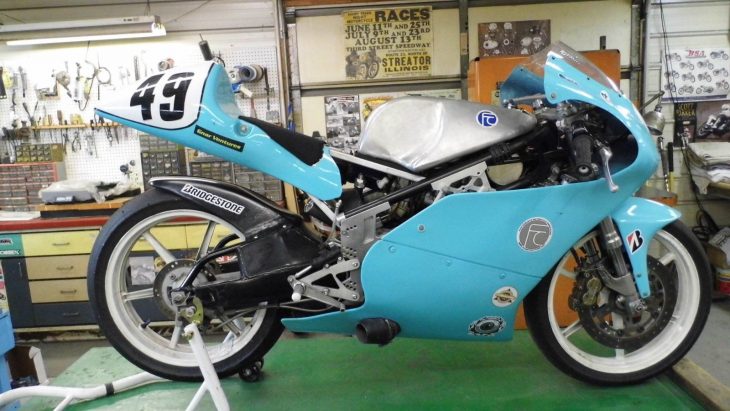 MOTORCYCLE IS IN COMPLETE OPERABLE AND SAFE RUNNING CONDITION

All history and service is documented and comes with the machine.

Spares that come with the machine:

So it’s not a collectible exotic fit for display in an office or living room, but it is a functional racebike that should be relatively easy to keep running: that YZF motor may not have the headbanging powerband of a tw0